Accessibility links
Four Loko Cans Will Now Make Clear They're Loaded With Alcohol : The Salt New labels will define serving sizes clearly and state that each serving contains 0.6 ounces of alcohol. The changes come as part of a deal to settle the Federal Trade Commission's claim that Four Loko maker Phusion Projects engaged in deceptive advertising. 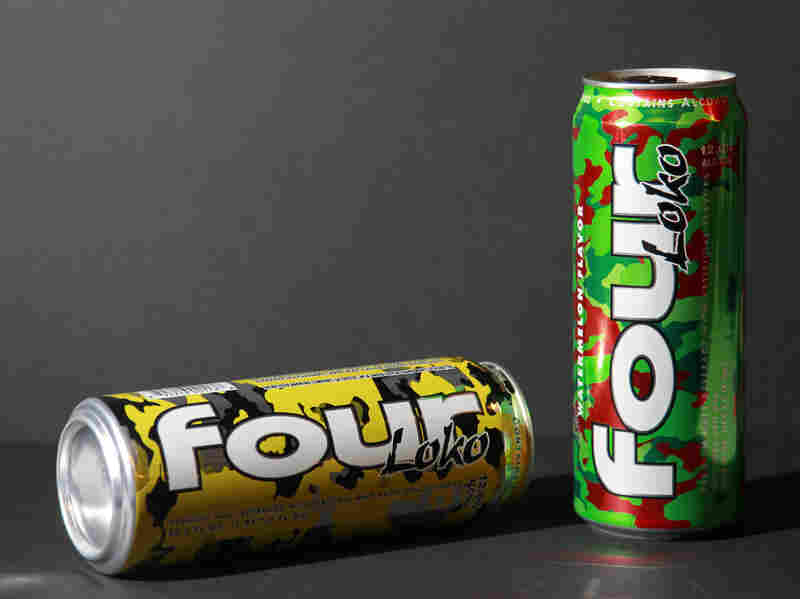 Cans of Four Loko will soon make clearer how many servings they contain and how much alcohol is in each one. Haraz Ghanbari/AP hide caption 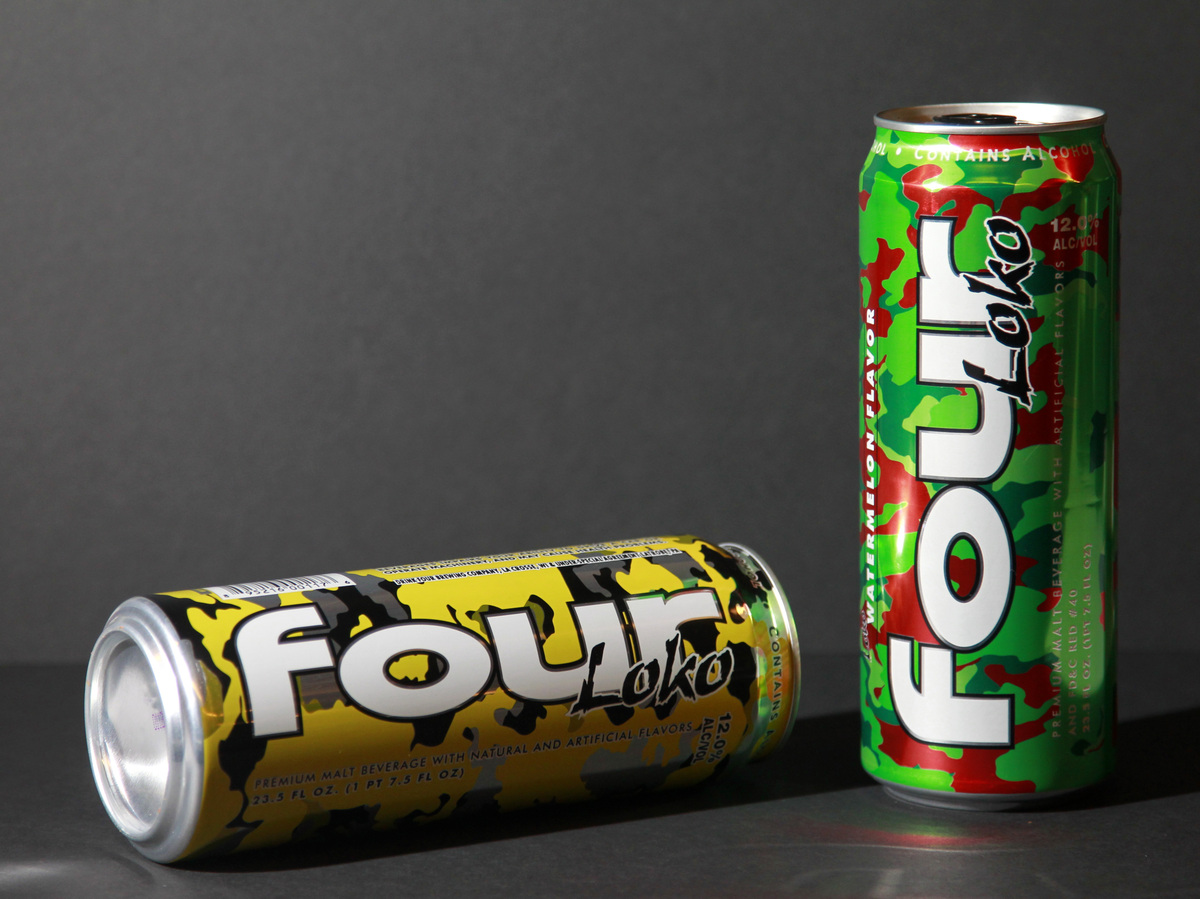 Cans of Four Loko will soon make clearer how many servings they contain and how much alcohol is in each one.

Cans of the popular flavored malt beverage Four Loko will soon sport an "Alcohol Facts" label to make it plain they pack a potent punch.

The changes are part of a final settlement announced Tuesday between the Federal Trade Commission and Phusion Projects, whose products have been blamed for hospitalizations and deaths among young people.

The company still disagrees with the commission's allegations, but said in a statement that the agreement provides a practical way for the company to move ahead. "We share a common interest with the FTC in providing consumers with information and packaging options to help them make informed, responsible decisions," said the statement by Jaisen Freeman, a co-founder of Phusion Projects.

The new labels, which will appear on the back of all cans containing more than two servings, will make it clear what a serving size is and note that each serving contains 0.6 ounces of alcohol.

All cans containing more than two-and-a-half servings will also have to be resealable. That change may help consumers realize that they really don't need to guzzle it all down in one sitting.

The label changes, which will go into effect after they're approved by the Department of Treasury's Alcohol and Tobacco Tax and Trade Bureau, settle the FTC's deceptive marketing charges against Phusion Projects.

The FTC had alleged that ads for Four Loko falsely claimed that a 23.5-ounce can contained the equivalent of one to two cans of beer. In fact, the FTC says, it's more like four to five beers. The agency had previously proposed changing Four Loko labels to express the alcohol content in terms of the equivalent number of regular beers.

As boozy as Four Loko is now, it used to be even more potent, thanks to an original formula that included caffeine. In November 2010, Phusion Projects decided to remove the caffeine, along with guarana and taurine, from the formula as the FTC was preparing a crackdown on drinks that blend stimulants and alcohol. As our friends at Shots have reported, psychologists have found that mixing alcohol and caffeine may impair judgment more than booze alone.

Update 1:17 p.m. ET: After we published this post, we received an email from Phusion Projects noting that "the FDA commended us on November 24, 2010, for our decision to voluntarily reformulate our products."