Accessibility links
Marine Stewardship Council Responds To NPR Series On Sustainable Seafood : The Salt NPR "did not present a complete or balanced view" of its program, the MSC writes in a statement. 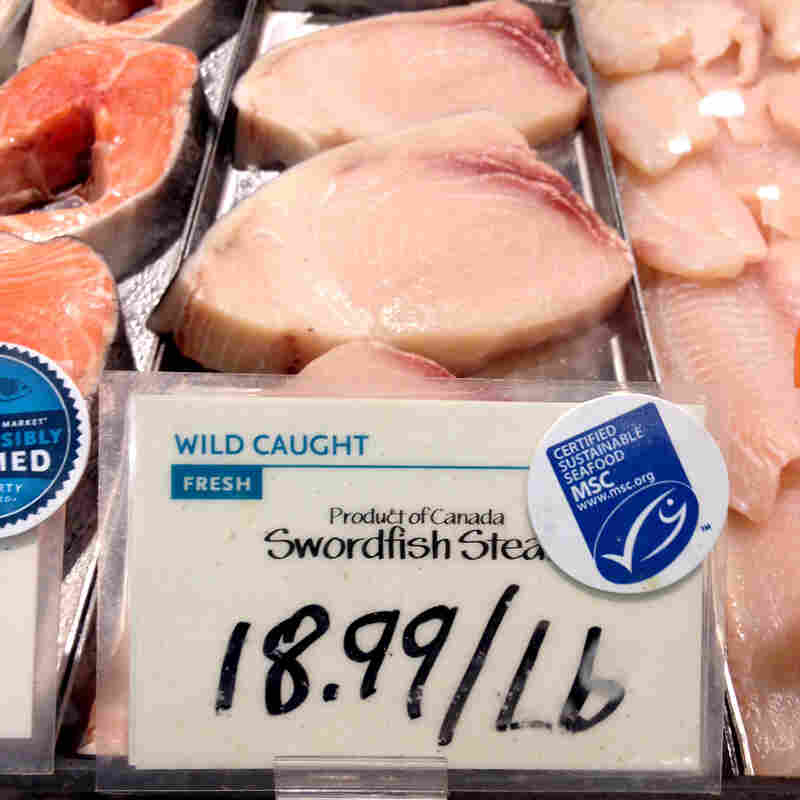 Swordfish from Canada feature a label from the Marine Stewardship Council at a Whole Foods in Washington, D.C. Margot Williams/NPR hide caption 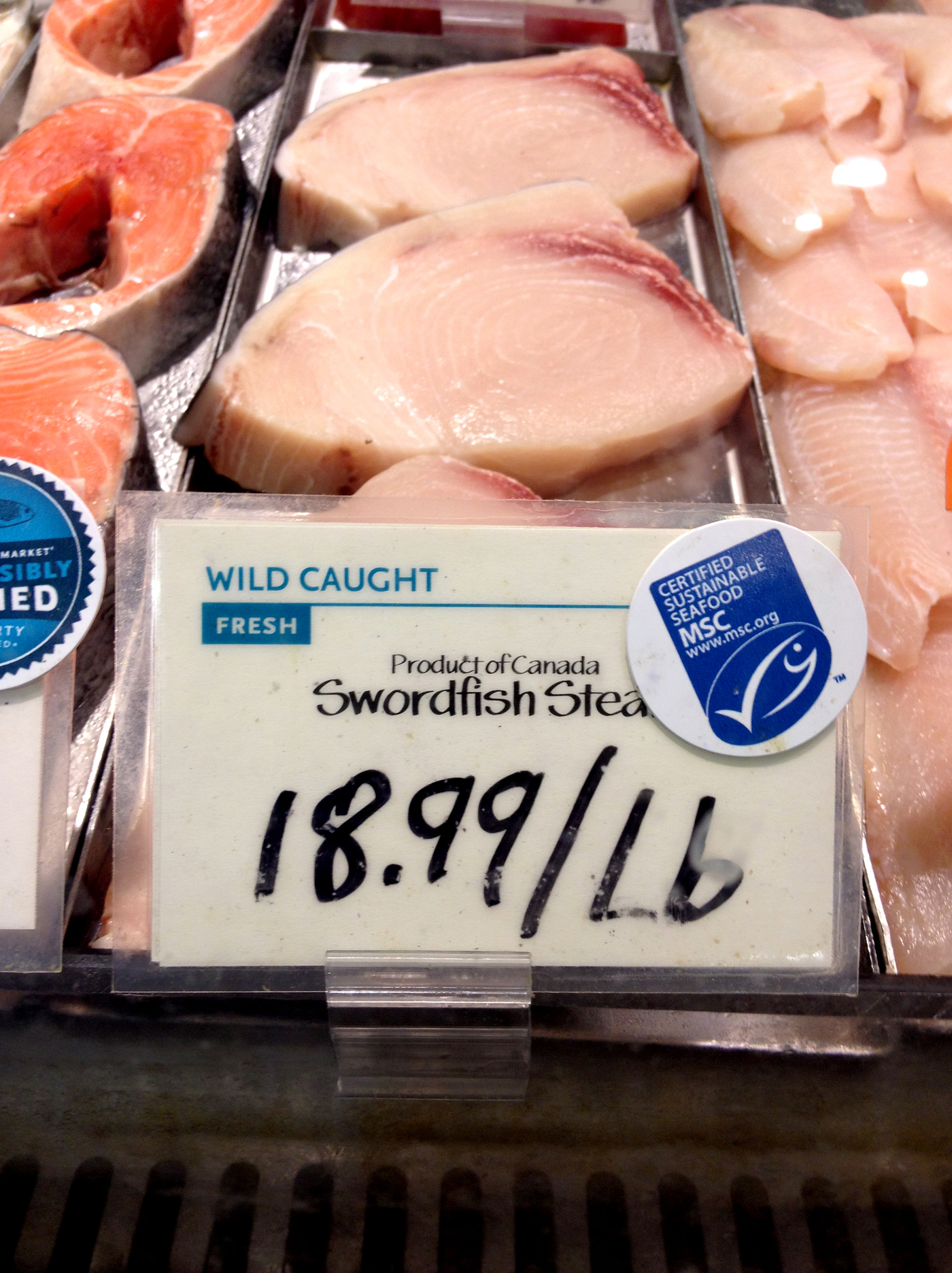 Swordfish from Canada feature a label from the Marine Stewardship Council at a Whole Foods in Washington, D.C.

Earlier this week, NPR aired a three-part investigation of the Marine Stewardship Council on Morning Edition and All Things Considered.

As Daniel Zwerdling and Margot Williams reported, the MSC certifies seafood that is supposed to be good for the environment. But some environmental groups argue that the label is misleading, and that as more retailers promise to sell only sustainable-labeled seafood, the program is certifying fisheries that don't deserve it.

The MSC contacted NPR on Wednesday with a response to the series.

NPR "did not present a complete or balanced view" of its program, the MSC writes in a statement. In particular, the council took issue with the portrayal of a Canadian swordfish fishery in the first part of the series. That story included "negative opinions by a conservation organization, without the perspective from the teams of scientists and experts who actually assessed the fishery." (The MSC did not address Zwerdling and Williams' reporting on another swordfish fishery in Florida in part two.)

The third part of the series was the story of a salmon fishery near Vancouver. The MSC says that NPR failed to mention in this story that this fishery saw its largest run of salmon in almost 100 years after MSC certification. "Omission of that information, and lack of reporting on scientific agreement that commercial fishing has not been responsible for previously low salmon returns, leaves listeners to draw an uninformed and inaccurate conclusion," the statement reads.

(Although the Fraser River salmon population did spike after certification, it declined the following year. And as Zwerdling and Williams reported, the Canadian national commission set up to investigate the plight of the Fraser River sockeye has stressed that the average population has been declining steadily for decades.)

"Our reporting on this project was exhaustive and the series fully reflects the months of reporting and research that went into it," says Steve Drummond, senior national editor. "We conducted scores of interviews with ocean specialists around the world, as well as extensive discussions with the MSC in our efforts to fully represent their views."

You can read the full response from the MSC here.