Accessibility links
Fried Chicken And Waffles: The Dish The South Denied As Its Own? : The Salt Fried chicken and waffles is a delicious combo — but is it a traditional Southern one? A lot of readers objected to the idea that this dish originated in the South. We look into the roots of the pairing — and the objections to calling it Southern. 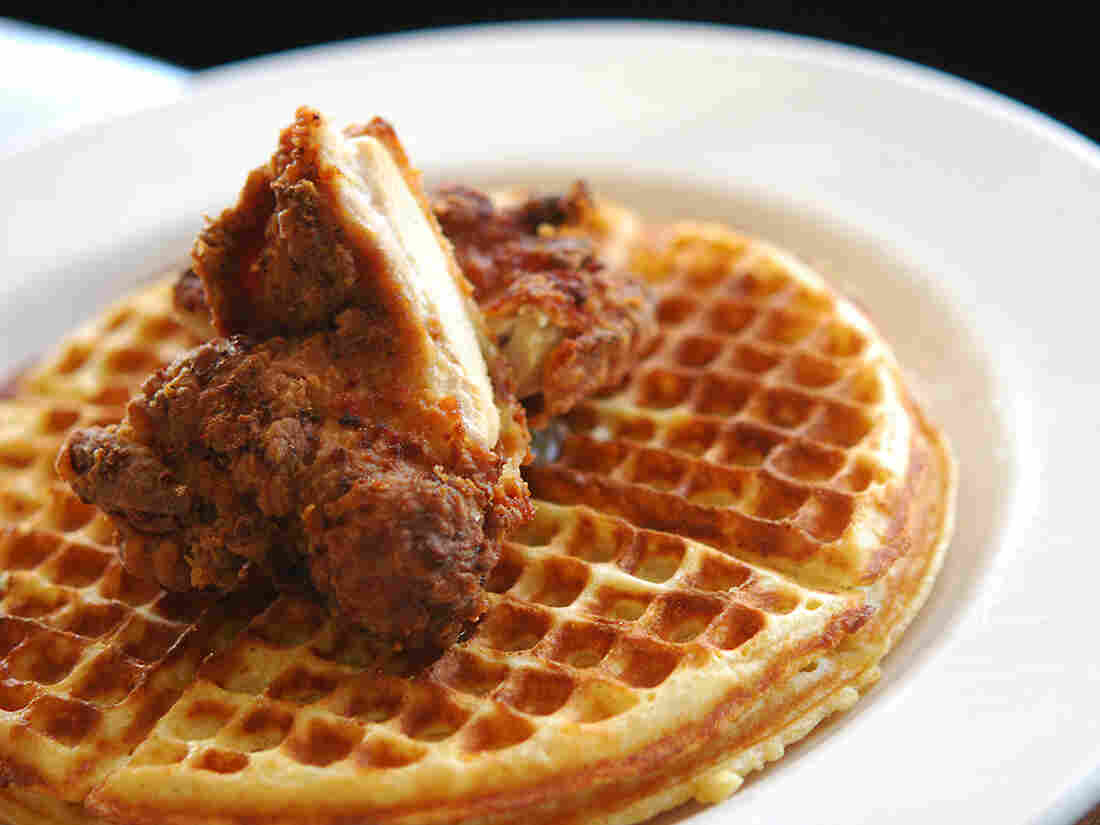 Chicken and waffles: so delicious, yet so controversial. Jennifer Yin hide caption 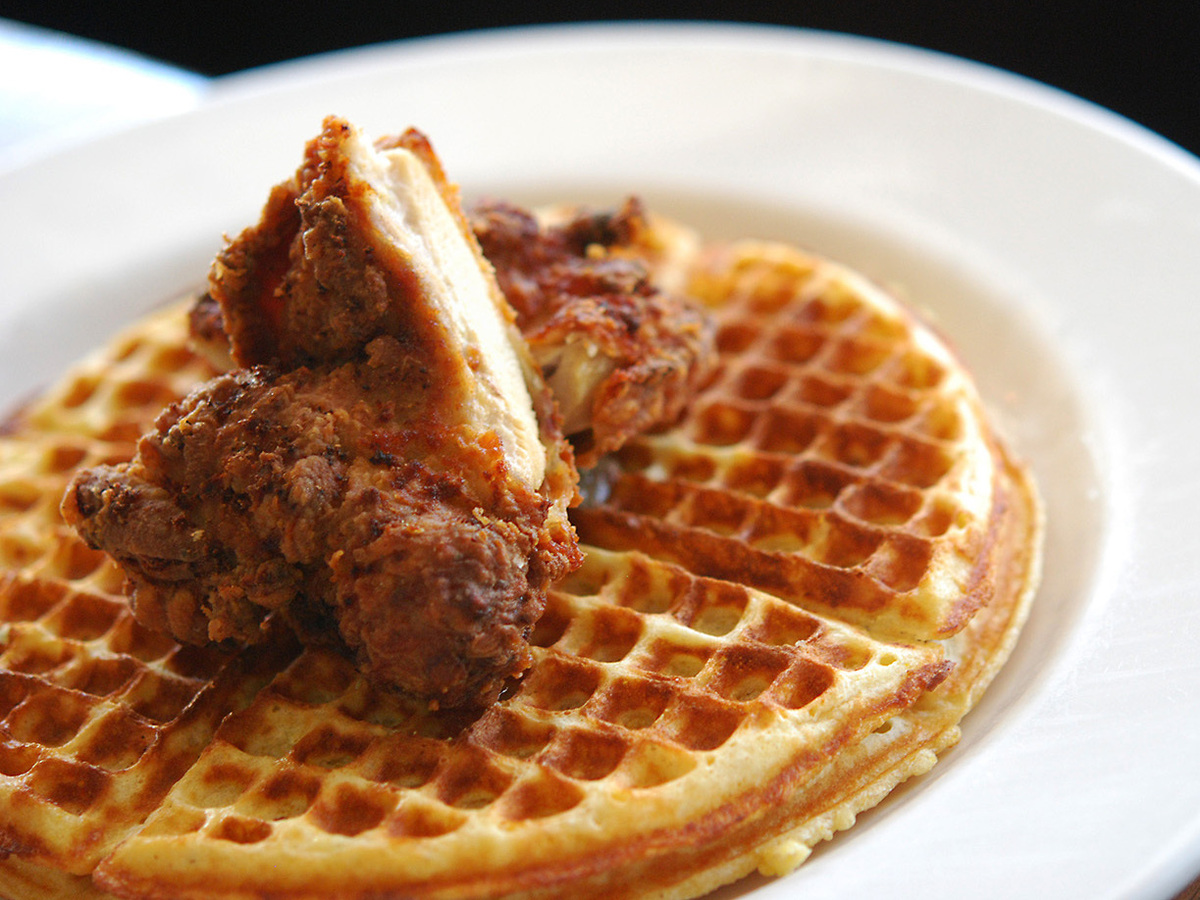 Chicken and waffles: so delicious, yet so controversial.

Call fried chicken and waffles a traditional Southern food, and you're liable to get accused of a damn Yankee conspiracy.

That's what we found out last week, when our story about the dangers of a Southern fried diet prompted many of you with roots in the South to protest – don't pin that dish on us! Here's a sampling of the comments we received:

"I'm a southerner, and I have never heard of fried chicken on a waffle!"

"I live in the deep, deep, deep South and I've never seen them in any of the 'soul' food places I eat."

"I grew up in the South. The first time I heard of fried chicken and waffles was during a summer working in LA ... definitely an LA thing and not southern thing."

"This is a Yankee-fied interpretation of a southern staple."

Your visceral reaction got us wondering: Were we wrong to assign this blend of carbs and fried goodness a Southern backstory? We put the question to John T. Edge, the director of the Southern Foodways Alliance and author of Fried Chicken: An American Story.

So is it breakfast or dinner? Edge says there are no rules – except that the chicken should be on the bone. He prefers the dish with dark meat, a drizzle of maple syrup and a hit of Tabasco.

As Edge recounts in his book, both the East and West coasts get credit for popularizing fried chicken and waffles. In the 1930s, the combo was a signature offering at Well's Supper Club – a Harlem haunt that was a favorite of Sammy Davis Jr. and Nat King Cole. Out in Los Angeles, Roscoe's chain of soul food restaurants brought chicken and waffles to the Hollywood crowd starting in the 1970s.

But Edge suspects the dynamic duo has probably been a part of America's culinary repertoire for much longer — since the nation's earliest days, when Thomas Jefferson brought a waffle iron back from France. As for where chicken and waffles originated? Edge thinks it was multiple places — including the South.

"Killing a chicken, wringing its neck and cooking it for breakfast is a pretty traditional thing to do" in rural areas, he says. That's true in the South, he says, but also in the Midwest and in Pennsylvania Dutch country – where people have been pairing waffles with chicken — creamed, not fried – for centuries.

Adding a waffle may seem exotic, he says, but it's really not far removed from chicken and biscuits or chicken and corn bread – a waffle being a form of "quick bread." In many rural parts, he says, it was fairly common for a farm woman to kill a chicken on Sunday morning, batter it up, cook it in a cast-iron skillet and serve it for breakfast with some form of quick bread.

Hmm ... traditional. So why did we raise the hackles of so many readers? Edge has a theory.