Accessibility links
Pictures Don't Lie: Corn And Soybeans Are Conquering U.S. Grasslands : The Salt Farmers in the Dakotas, Minnesota, Iowa and Nebraska converted 1.3 million acres of grassland into soybean and corn production between 2006 and 2011. Images derived from satellite data confirmed that changing landscape, which spells bad news wildlife and for soil integrity in some parts. 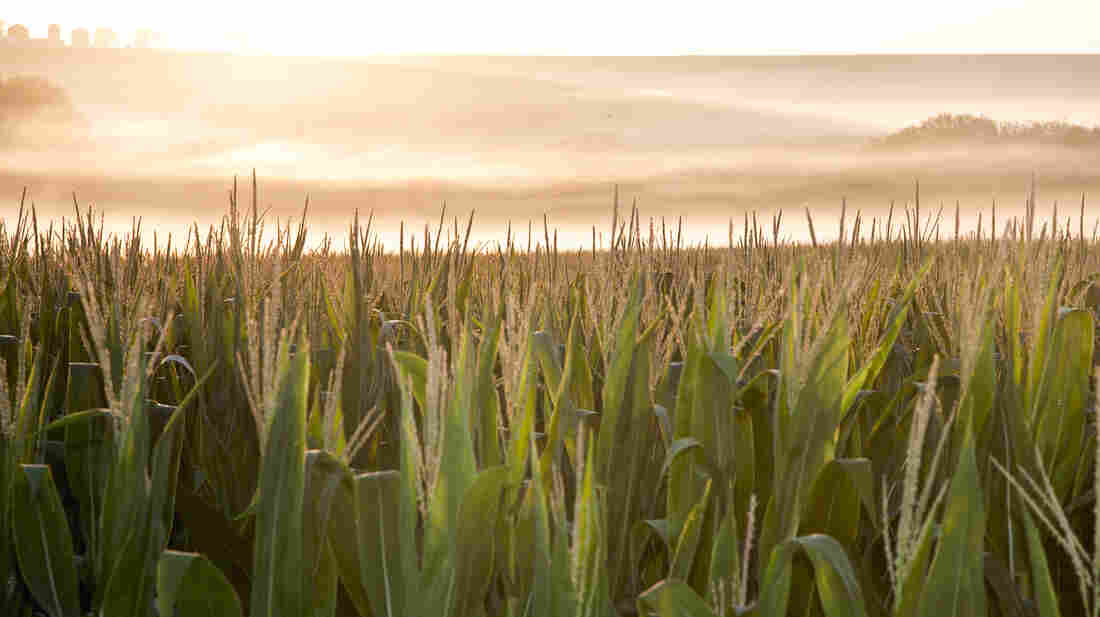 For years, I've been hearing stories about the changing agricultural landscape of the northern plains. Grasslands are disappearing, farmers told me. They're being replaced by fields of corn and soybeans.

This week, those stories got a big dose of scientific, peer-reviewed validation. A study published in the Proceedings of the National Academy of Sciences shows actual pictures — derived from satellite data — of that changing landscape. The images show that farmers in the Dakotas, Minnesota, Iowa and Nebraska converted 1.3 million acres of grassland into soybean and corn production between 2006 and 2011.

"This is kind of the worst-kept secret in the Northern Plains. We just put some numbers on it," says Christopher Wright, from South Dakota State University, who got funding from the National Science Foundation and the Department of Energy to take a close look at this phenomenon. Earlier studies from the Environmental Working Group and the USDA's Economic Research Service have also looked at it, each using slightly different methods. 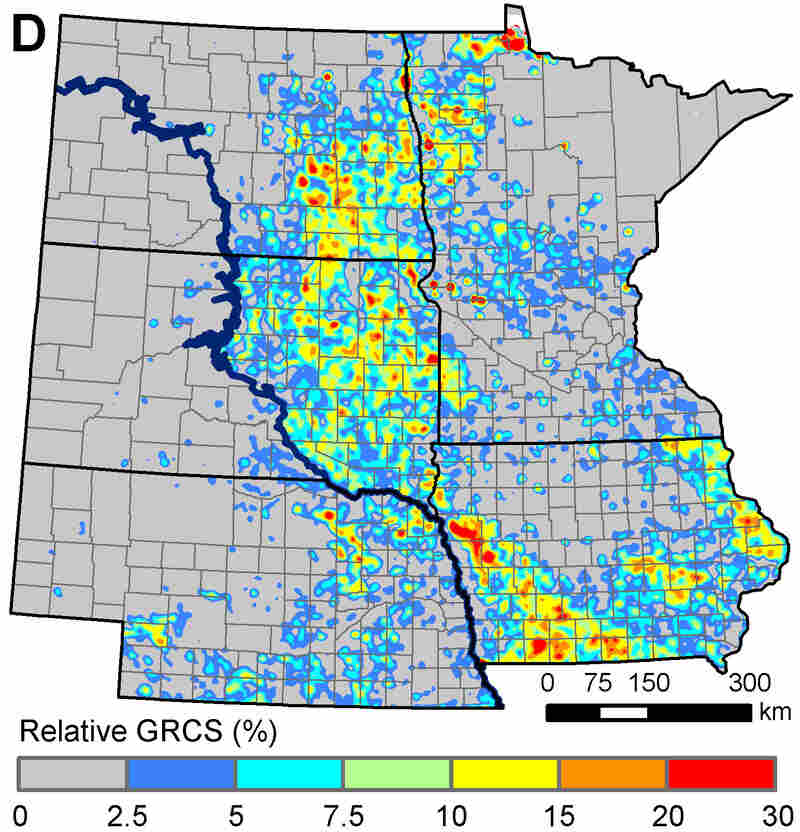 Hot spots of grassland conversion: This map shows the percentage of existing grasslands that were converted into corn or soybean fields between 2006 and 2011. Christopher K. Wright/South Dakota State University hide caption

Still, Wright's images are striking, and these changes are having profound effects on the environment of this region. For instance, it's bad news for wildlife, because corn fields are much less inviting habitat for a wide range of wild creatures, from ground-nesting birds to insects, including bees. Corn and soybean fields are increasingly encroaching into the Prairie Pothole region of the Dakotas and Minnesota, the most important breeding habitat for waterfowl in North America.

In southern Iowa, Wright says, much of the land conversion is taking place on hillsides. The soil of those fields, without permanent grass to hold it in place, is now much more likely to wash into streams and ponds. And on the western edge of this region, farmers are taking a chance on corn and soybeans in places that sometimes don't get enough rainfall for these thirsty crops.

Why? There's one very simple reason: Corn and soybean prices are high, so farmers can earn a lot of money growing those crops. Meanwhile, funding has been declining for one important alternative — the government's Conservation Reserve Program, which pays farmers to protect wildlife and water quality by keeping land in grass.

Another reason, however, is getting increasing attention: crop insurance. The government subsidizes private insurance policies that cover the risks of poor harvests, or even that prices will fall. Because farmers don't pay for the full cost of this insurance, critics of crop insurance say that it encourages risky behavior: planting crops in areas that don't drain well, where rainfall is unreliable, or on hillsides where soil erosion is a problem.

Critics say that the government should drastically reduce its subsidies for such insurance. Not only is it fiscally irresponsible, they say. It's encouraging farmers to destroy the grasslands of the northern plains, a priceless and increasingly scarce natural treasure.