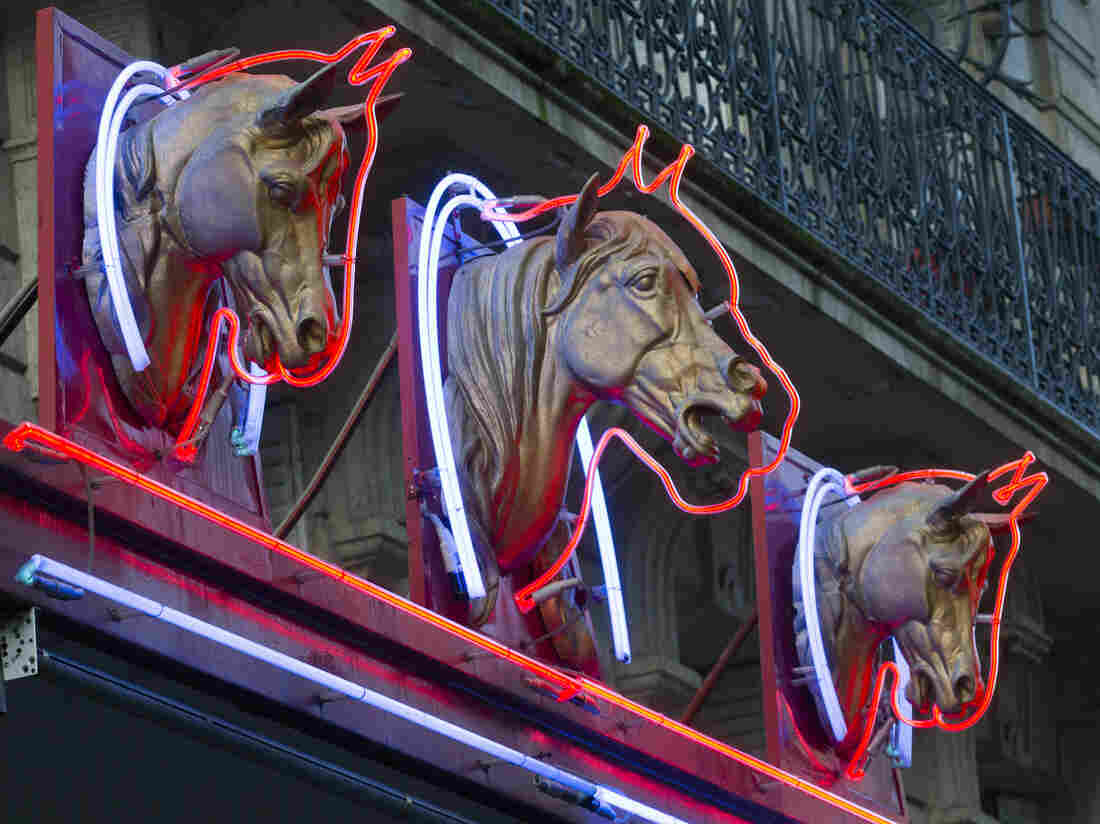 Not all countries in Europe shun horse meat, as the sign above this butcher shop in Paris attests. But horse-eating Europeans still don't like being swindled. Jacques Brinon/AP hide caption 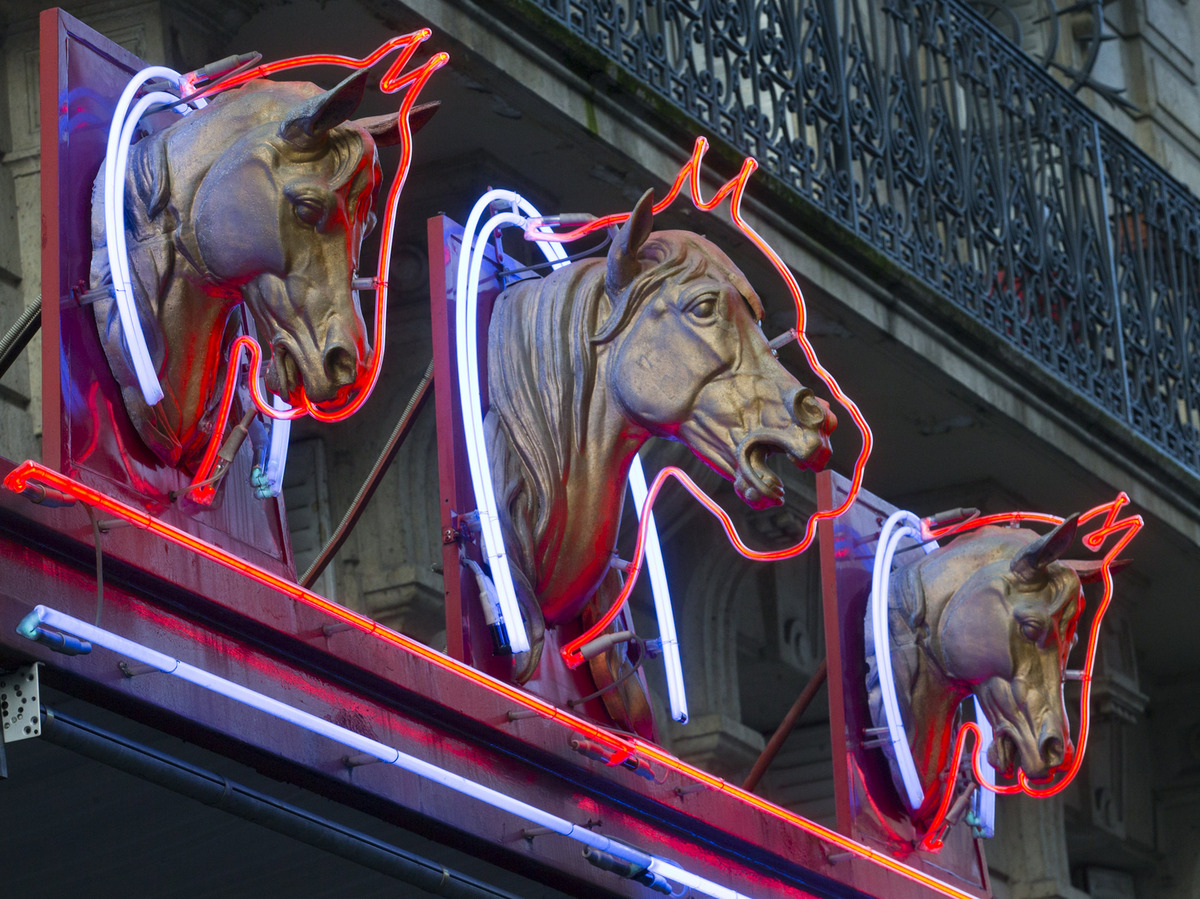 Not all countries in Europe shun horse meat, as the sign above this butcher shop in Paris attests. But horse-eating Europeans still don't like being swindled.

How did the Romanian horse meat wind up in the British spaghetti sauce? Follow its path, and you'll get a quick tutorial in the complexities of the global food trade.

Since horse meat first turned up in Irish burgers four weeks ago, the saga of horse masquerading as cow has become a pan-European scandal. Horse meat has turned up in beef tortellini in Germany; cottage pies sold at schools in Lancashire, England; and frozen lasagna in Norway, England and other countries.

Investigators seeking the source of the horseflesh say it may have come from two slaughterhouses in Romania, with perhaps a detour in Poland, before wending its way through at least six other European countries. Along the way, there were plenty of opportunities for it to have been mislabeled, repackaged or misrepresented.

Here's The Associated Press's tale of the trail:

"At least some of the horse meat originated at abattoirs in Romania, and was sent through a Cyprus-registered trader to a warehouse in the Netherlands. A French meat wholesaler, Spanghero, bought the meat from the trader, then resold it to the French frozen food processor Comigel. The resulting food was marketed in Britain and other countries under the Sweden-based Findus label as lasagna and other products containing ground beef."

The European Union announced Friday at an emergency meeting that it would start random DNA checks on meat traded across the EU's porous borders.

On Thursday, three men were arrested at British slaughterhouses on fraud charges. And Dutch authorities Friday raided a meat processing plant suspected of processing Irish and Dutch horse meat and selling it as beef.

It makes you wonder if there's anyone in Europe who wasn't in the horse meat makeover business.

Countries that traditionally shun horse meat, like Great Britain, aren't pleased to find they've been eating it unawares. And in countries like France that don't share that revulsion, consumers are angry about paying beef prices for cheaper horse meat.

By coincidence, some of us Salties met up for coffee this morning with Angelika Tritscher, a food safety expert at the World Health Organization. Even though each country needs its own food safety program, Tritscher says, "You really need to work together. A national system alone won't do it anymore."

Her office has set up a network that helps countries investigate international food safety outbreaks, such as a 2011 outbreak of salmonella in the United States caused by pine nuts from Turkey.