Accessibility links
Diet And Acne: For A Clearer Complexion, Cut The Empty Carbs : The Salt Eating foods that cause your blood sugar to rise – like bagels, candy bars and juice – may be tied to acne flare-ups. How? Those blood sugar spikes can also increase hormones that stimulate oil production, researchers say.

Diet And Acne: For A Clearer Complexion, Cut The Empty Carbs

Diet And Acne: For A Clearer Complexion, Cut The Empty Carbs 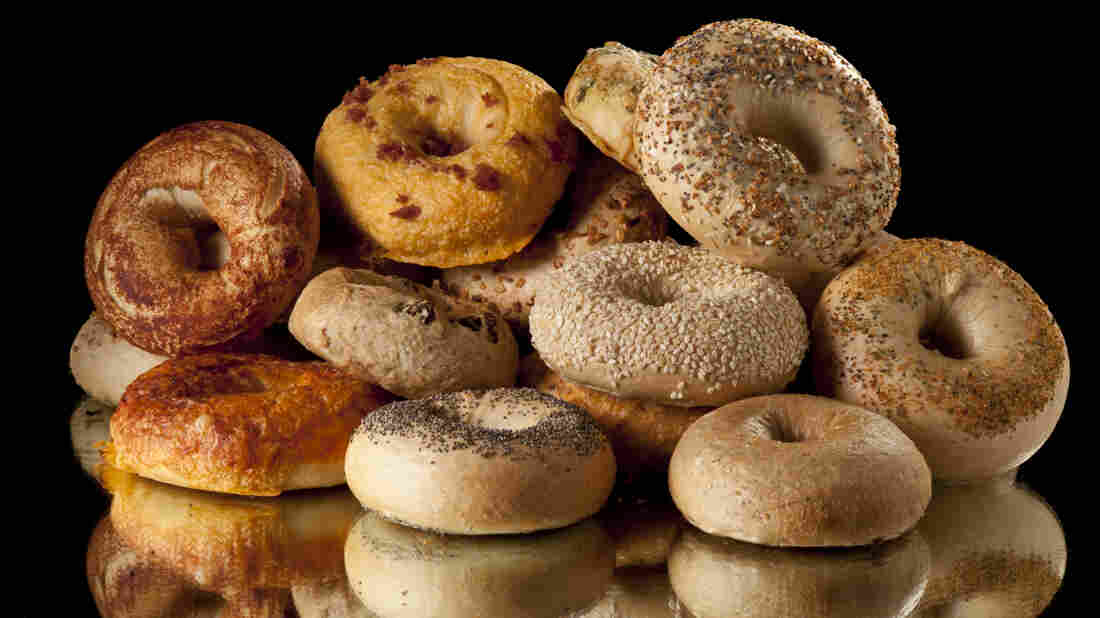 For better skin, maybe you should stick to the whole grain bagels. istockphoto.com hide caption 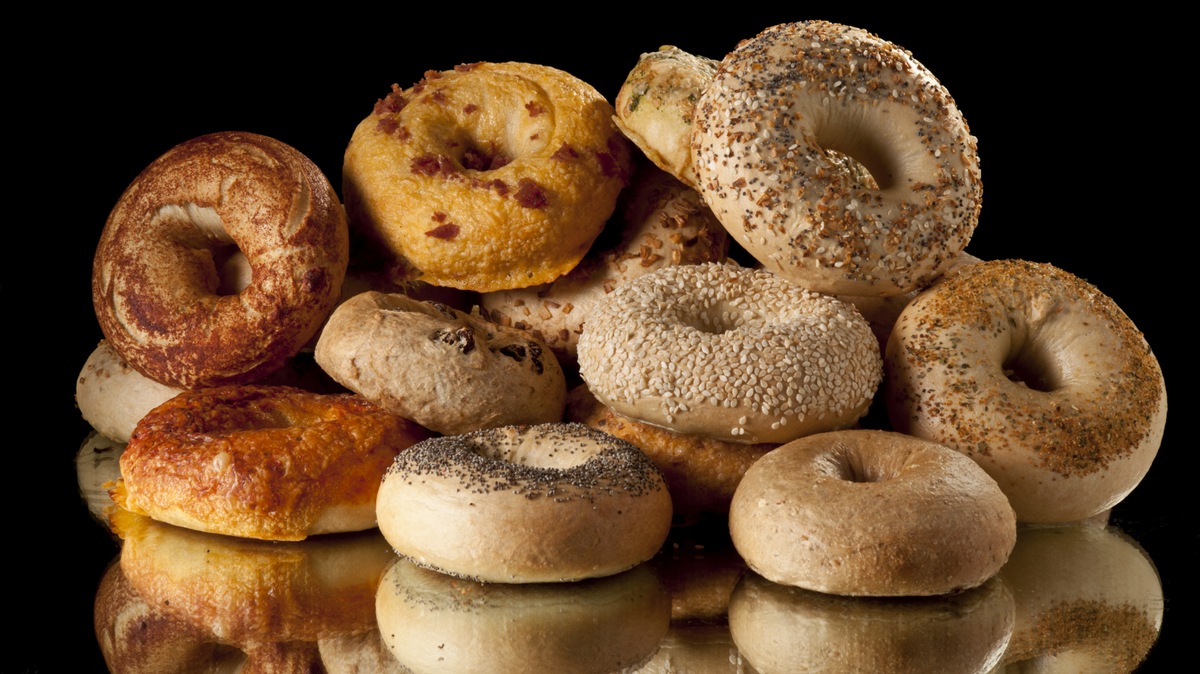 For better skin, maybe you should stick to the whole grain bagels.

If you're prone to outbreaks of acne, you may want to try cutting back on empty carbs and sweets. Researchers are revisiting the connections between diet and pimples, and a growing body of evidence suggests that eating a diet rich in high glycemic index foods may be tied to flare-ups.

"High glycemic index foods are typically processed foods, high in white flour," explains nutrition researcher Jennifer Burris of New York University. Examples include white bread, pasta, crackers and white rice. The glycemic index is basically a system of measuring how fast your blood sugar rises after eating a specific amount of carbohydrates, so sugary foods such as soda, juice and candy bars are all on the list, too.

In a paper published in the Journal of the Academy of Nutrition and Dietetics, Burris and her colleagues review 27 studies on nutrition and acne. Some of the more convincing evidence comes from a few recent studies of teenagers and young men (aged 15-25 years) who had acne. After the participants followed a low-glycemic-load diet, researchers documented decreases in inflammatory acne lesions. The studies were small, but the findings were significant.

So what explains this connection? Researchers say foods that spike blood sugar can also increase hormones. The hormones can stimulate oil production, which in turn, can trigger acne. "It's like a domino effect," says Burris.

Burris and her colleagues say more research is needed to nail down cause and effect between eating high-glycemic-load foods and developing acne. So far, the studies point to a correlation. (The research also hinted that dairy products might be a trigger.)

Still, it's interesting that after years of dermatologists dissing the notion that diet and acne are linked, there's new thinking on this question.

"It's hard to dismiss what a patient is saying," says Dr. William Rietkerk, a New York-based dermatologist who is a co-author on the new paper. He says his patients often come in saying things like, "I ate a lot of junk food this week and now my face is breaking out." It's a connection that paleo-diet gurus have embraced, too.

Rietkerk says there are lots of factors involved in acne. In addition to diet, stress is also a likely part of the equation. But he says it's important to understand more about how the foods we eat influence the risk — or severity — of acne, especially since it's a condition affecting more than 17 million Americans.

Theories about diet and acne have a long history. Going back to the 1800s, dermatology textbooks frequently recommended dietary restrictions as a form of treatment. And as early as 1931, researchers had discovered links between acne and carbs and impaired glucose tolerance (as some of the newer studies have documented as well).

And what about the old advice to steer clear of chocolate? Back in 1969, a study published in the Journal of the American Medical Association dispelled the association between chocolate and acne. But "this study was flawed," Rietkerk and Burris write in their paper.

Why? Well, as part of the study, participants with mild to moderate acne consumed either a milk chocolate bar or a placebo (a bar without chocolate) every day for a specific period of time. At the end of the study, the researchers determined that chocolate did not affect acne development. So, cocoa? It may be off the hook.

But, since the placebo bar had just as much sugar as the chocolate bar, perhaps it was the sugar that was exacerbating the acne. Or maybe the way the researchers measured the outcomes was not very precise. Burris says it's just not clear what the true connection between chocolate and acne might be. She points to the flaws in the chocolate study as an example of why it's important to take a new look at the old assumptions about diet and acne.