Accessibility links
The Vaportini: A Cocktail Inhaled, Not Stirred : The Salt Over in Chicago, cocktail connoisseurs are forgoing the liquid state altogether. Instead of drinking their favorite bourbon or infused vodka, they're inhaling it with a simple device, called the Vaportini. But don't expect these gaseous cocktails to replace liquid libations anytime soon. 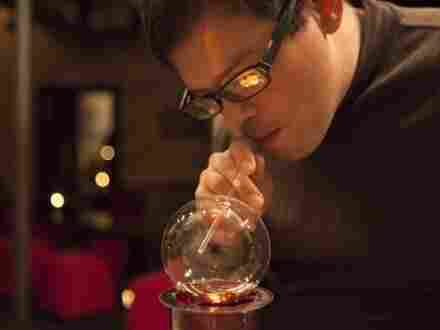 A sip or a hit? Jack Faller sucks up a bourbon Vaportini at Red Kiva lounge in Chicago. Courtesy of Andrew Nawrocki/Time Out Chicago hide caption

Here at The Salt, we've heard about some whacky cocktail trends swirling around the country recently — from bacon-infused mescals in Washington to liquid nitrogen martinis in San Francisco.

But why do you need to drink your cocktail when you could inhale it instead?

That's right, folks, the "Vaportini" has arrived. And it's making a big splash on the cocktail scene in Chicago.

In essence, the Vaportini is a simple device that evaporates flavor-infused spirits, so you can breathe in the aromas and alcohol through a glass straw. 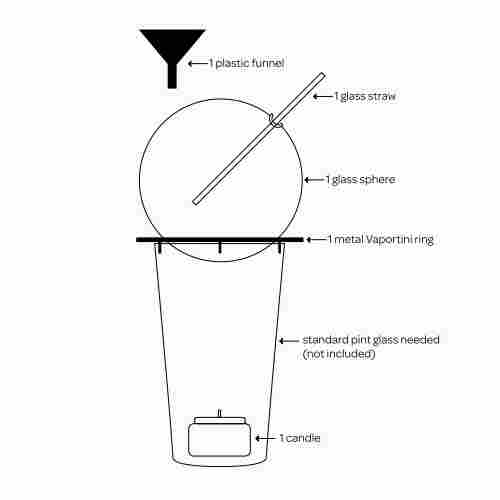 Restaurateur Julie Palmer experimented with a variety of designs for the Vaportini, but in the end, the simplest worked the best: a hand-blown glass globe with a candle underneath it. Courtesy of Vaportini.com hide caption

Think of it as something between warming a brandy snifter over a candle and freebasing Knob Creek bourbon.

Restaurateur Julie Palmer came up with the idea after visiting a friend in Helsinki. "She would go into the sauna with a bottle of vodka and pour it over the coals," Palmer tells The Salt. "You could really feel the effects of the alcohol without drinking it."

When Palmer returned home, she wanted to re-create that experience at Red Kiva, a cocktail lounge she had opened up in Chicago's hip West Loop neighborhood.

She enlisted the help of her father, who's an engineer, and started experimenting with a few fancy designs. "I even taught myself to solder," Palmer jokes.

But ultimately she settled on a simple setup: a hand-blown glass globe with a candle underneath it. A shot of spirit sits in the globe, and as it heats up, the liquid evaporates and fills the sphere with flavorful — and intoxicating — vapors, which you can then suck up through a glass straw.

Palmer officially launched the Vaportini last December, and by January, she had to stop taking orders for the $30 devices because she ran out of supplies.

"I'm negotiating with bars all over the country to bring it in, and I'm working with a local distiller to develop spirits specific for it," she says. "I made a lemon-and-tarragon-infused vodka — it was incredible."

Jake Malooley, a reporter for Time Out Chicago, got to try the Vaportini firsthand recently, while writing an article on the device.

"I felt like it was unsatisfying," he tells The Salt. "Part of why we drink beer and cocktails is for the taste — it's cold and refreshing. The Vaportini eliminates a lot of the sensual elements of the cocktail experience." 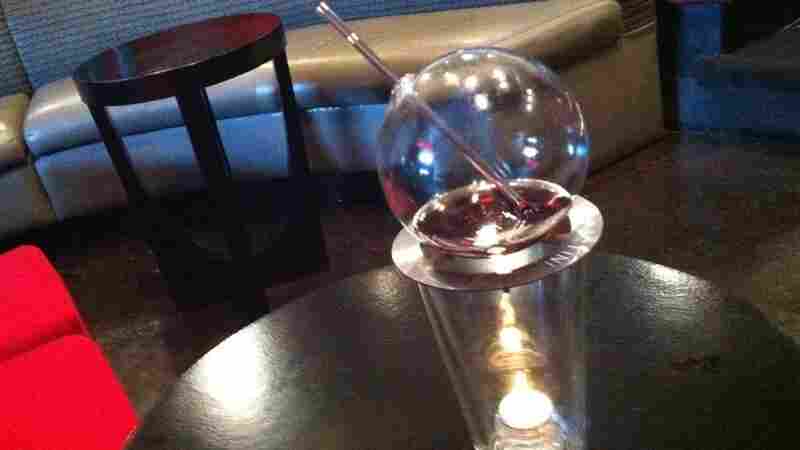 To mix up a Vaportini, add your favorite spirit to the glass globe and light the candle below. A few minutes later, vapors fill the glass with flavors and alcohol. Courtesy of Vaportini.com hide caption 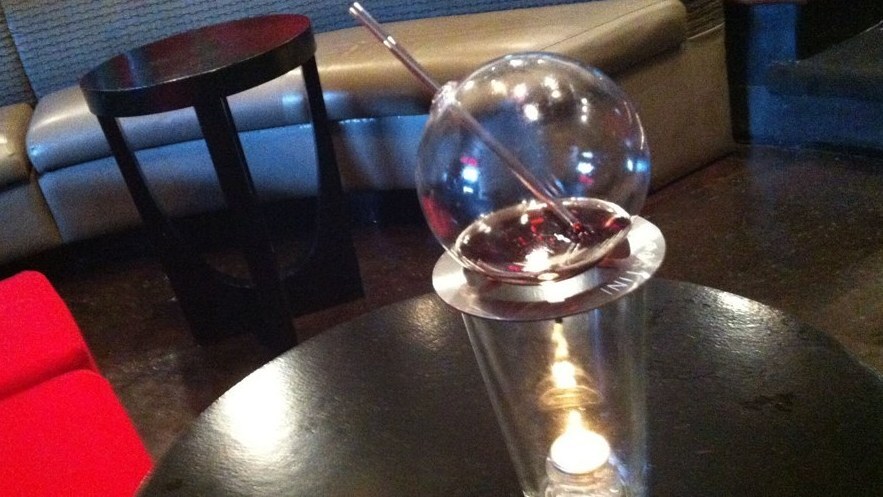 To mix up a Vaportini, add your favorite spirit to the glass globe and light the candle below. A few minutes later, vapors fill the glass with flavors and alcohol.

Nevertheless, Malooley says he was surprised by how much of the whiskey's nuances came through in the vapors. "When you inhale it, you can taste the flavors of each alcohol on your tongue. You can tell it's whiskey."

Malooley doesn't think vapor cocktails will replace the liquid versions anytime soon. "It's a fun accessory to do as a dessert course or start off the night, but you wouldn't want to spend the whole night with the Vaportini — it just wouldn't be satisfying."

So the Vaportini is fun, but is it safe?

Behavioral biologists Dennis Thombs and Scott Walters, who study alcohol abuse at the University of North Texas, say scientists haven't examined alcohol inhalation in humans yet, so they don't know if the Vaportini poses any extra risks.

"What I will say, though, is that inhaling is a very efficient and rapid way to deliver drugs to the brain," Thombs tells The Salt. "So I would think one would get intoxicated quickly."

On the other hand, a Vaportini has a large amount of water in it, even when it's just straight bourbon or vodka, Walters says. "You'd have to inhale a lot of water before you'd get a whole shot of alcohol. But it might clear up your sinuses."

Malooley agrees. After "sipping" on the Vaportini for about 30 minutes, Malooley says he felt "a mild buzz that wore off fast."

"When we left the bar, I even asked the photographer I was with if he wanted to go get a beer, because I felt like having a real drink," Malooley chuckles.