Accessibility links
One In Three Fish Sold At Restaurants And Grocery Stores Is Mislabeled : The Salt Fish fraud is often just a form of swindling when a cheap fish, like tilapia, is sold as pricy red snapper. But a conservation group says it also puts consumers at risk of health issues and makes it harder to avoid buying fish that are being overfished. 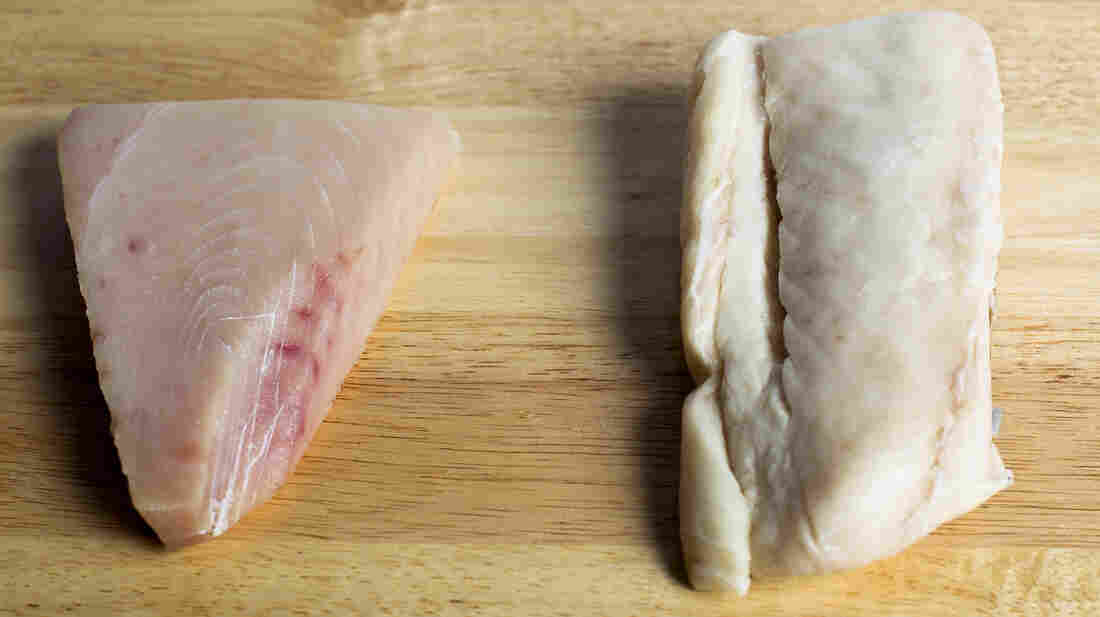 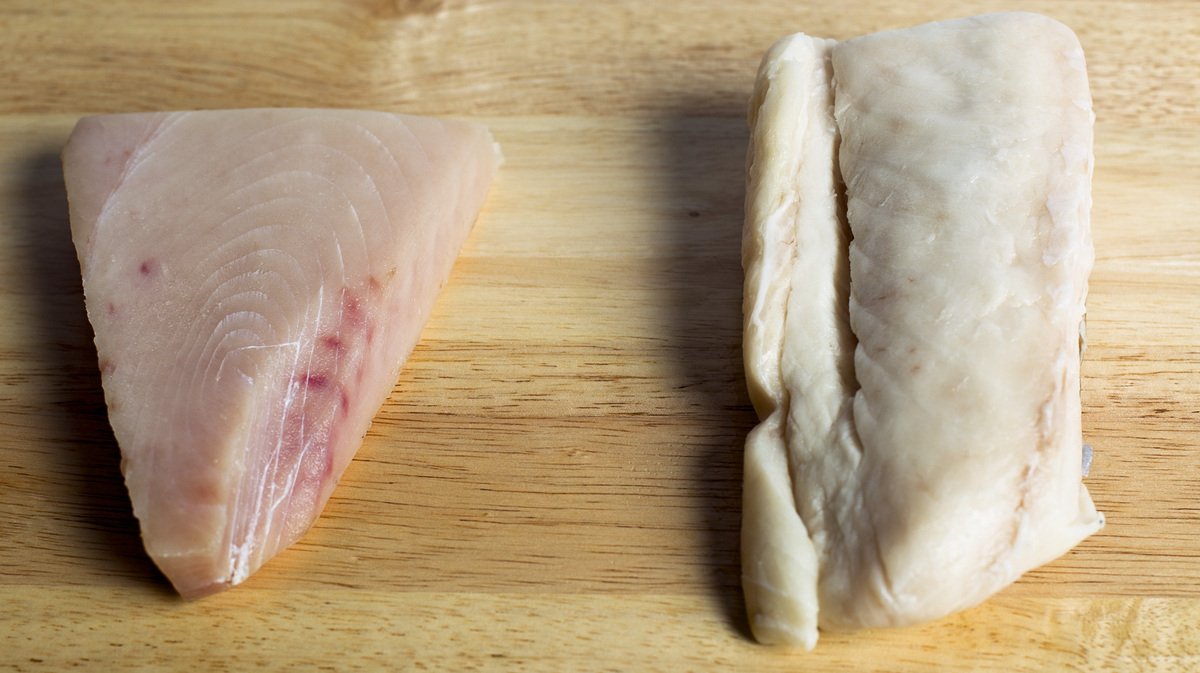 There are so many fish in the sea. But from a diner's viewpoint, peering down at a sliver of white fish atop a bed of sushi rice, a lot of them look the same.

Now a report from the ocean conservation group Oceana confirms that there's a pretty decent chance that fish on the plate or on ice in the seafood case is not what it's labeled to be. That means that seafood wallet cards designed by conservation groups to help steer consumers towards sustainable choices may not be doing much good.

Between 2010 and 2012, Oceana took 1,215 seafood samples from 674 retail outlets in 21 states. When they tested the DNA, they found that 33 percent were mislabeled. Sushi vendors and grocery stores were the most likely outlets to sell mislabeled food, though Oceana says the fraud can happen before it reaches them.

Earlier investigations by Oceana and the Boston Globe revealed that seafood mislabeling is common in cities like New York and Boston, where people eat a lot of fish. But the report out Thursday shows it's happening across the country, and is as bad or worse in places like Texas and Colorado. Some 49 percent of the retail outlets sampled in Austin and Houston sold mislabeled seafood, while 36 percent in Colorado did so.

So what's the big deal with fish sold under a pseudonym? Well, for one, it's often just a form of swindling – a cheap fish like tilapia sold as red snapper. But Oceana says the practice also can put consumers at health risk when species like king mackerel, which is high in mercury, or escolar, which contains a naturally occurring toxin than can cause gastrointestinal problems, are marketed as grouper and white tuna, respectively.

Oceana's also concerned that substituting cheaper, easier-to-find fish for rarer, more valuable ones gives consumers a distorted sense of the market. Of the fish types most heavily sampled by Oceana, those sold as snapper and tuna had the highest mislabeling rates — 87 and 59 percent. Only seven of the 120 samples of red snapper purchased nationwide were actually red snapper, the report found.

"The majority of fraud is various fish standing in for snapper – it's used as catch-all name for all kinds of white fleshed fish," says Oceana senior scientist Kimberly Warner. "But there are real conservation concerns when you slip in things in place of the real thing. People think snapper must be doing great because it's everywhere, but it's overfished."

Consumers using wallet cards from groups like the Monterey Bay Aquarium and NRDC could end up buying exactly the species they're trying to avoid, Warner says, because mislabeling is so prevalent.

One reason mislabeling has gotten so rampant is that the U.S. now imports 90 percent of its seafood and less than 2 percent is inspected for fraud. That means would-be fraudsters have a lot new options for substitutions.The Food and Drug Administration regularly updates its list of seafood approved for sale – in 2012 alone, 19 new species were added to the list, including cornetfish, sampa and claresse.

So what's the government or a consumer to do about all this? Oceana would like to see an international traceability system where retailers would be required to tell consumers where and when a fish was caught and what gear was used. Requirements like these would help the industry — one of the least transparent in the food system — more accountable.

The National Fisheries Institute argues that the problem is one of enforcement — the FDA needs to do a better job of enforcing laws that are already on the books to discourage fraud. And they encourage consumers to seek out retailers through the Better Seafood Board.