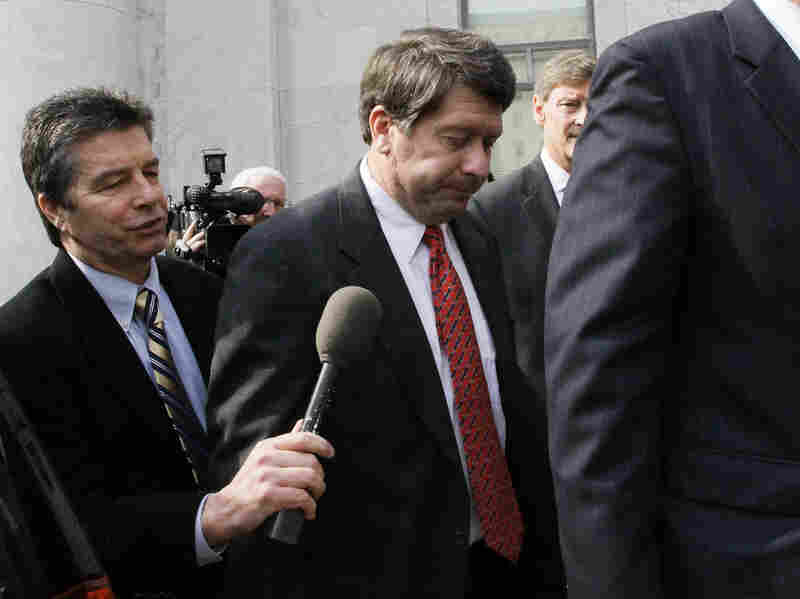 Stewart Parnell (center), former president of the now-defunct Peanut Corp. of America, is one of four executives indicted over a 2009 outbreak of salmonella. Mark Wilson/Getty Images hide caption 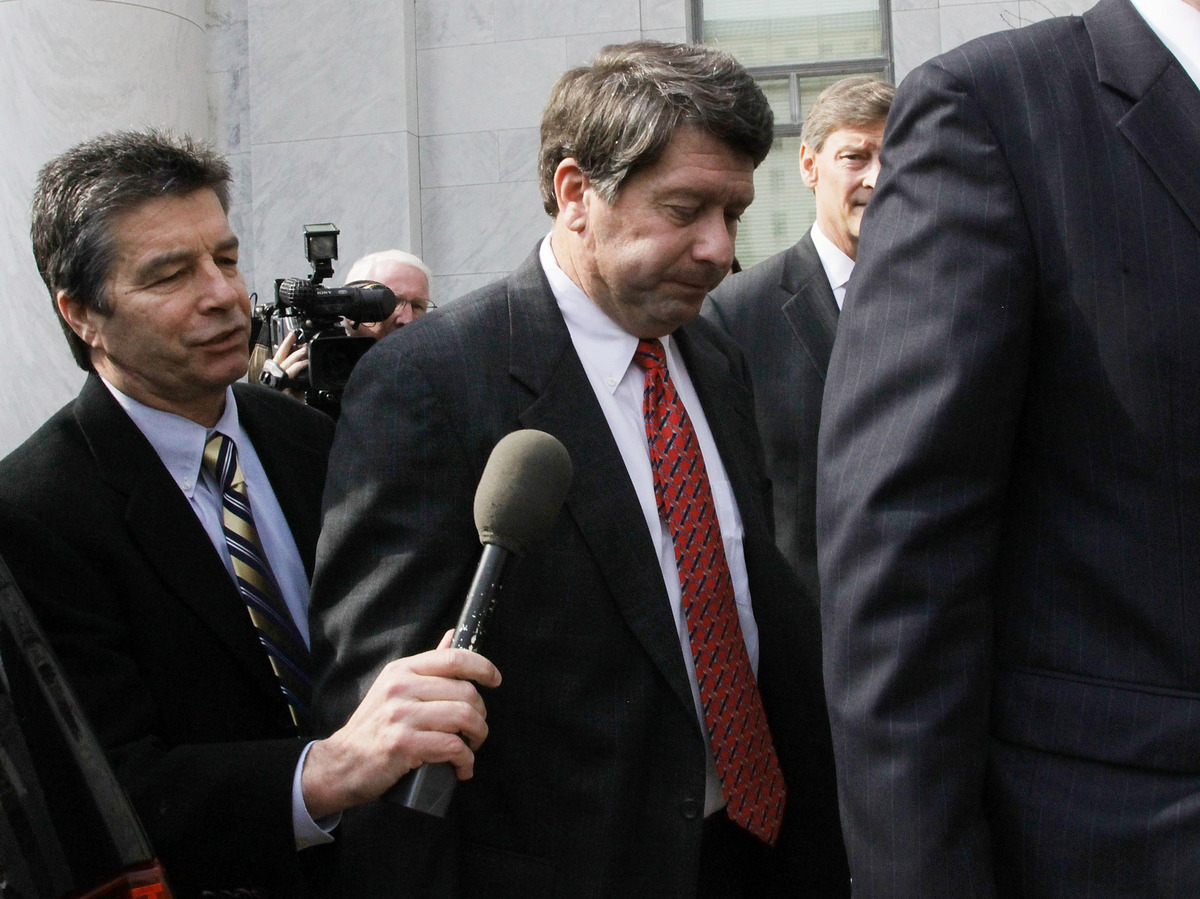 Stewart Parnell (center), former president of the now-defunct Peanut Corp. of America, is one of four executives indicted over a 2009 outbreak of salmonella.

Four former executives from Peanut Corp. of America and a related company are facing federal criminal charges for covering up information that their peanut butter was contaminated with salmonella bacteria.

The charges are related to a nationwide outbreak of salmonella back in 2009. More than 700 people became ill, and federal investigators traced the source of the bacteria to peanut butter manufactured in Blakely, Ga., by the Peanut Corp. of America. The company is no longer in business.

The 76-count indictment was unsealed Wednesday in federal court in Georgia. The charges include conspiracy, mail and wire fraud, obstruction of justice, and others related to distributing adulterated or misbranded food.

Federal officials say executives at the company were aware that their products had tested positive for salmonella, but they failed to alert their customers, and also lied about those test results to inspectors from the Food and Drug Administration.

The executives also allegedly falsified documents that stated "that shipments of peanut products were free of pathogens when, in fact, there had been no tests on the products at all or when the laboratory results showed that a sample tested positive for salmonella," according to a Justice Department statement. 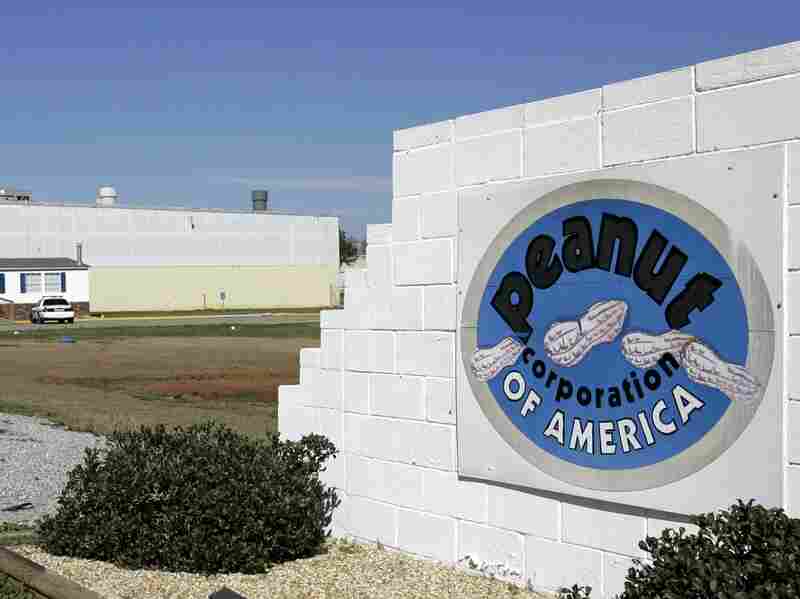 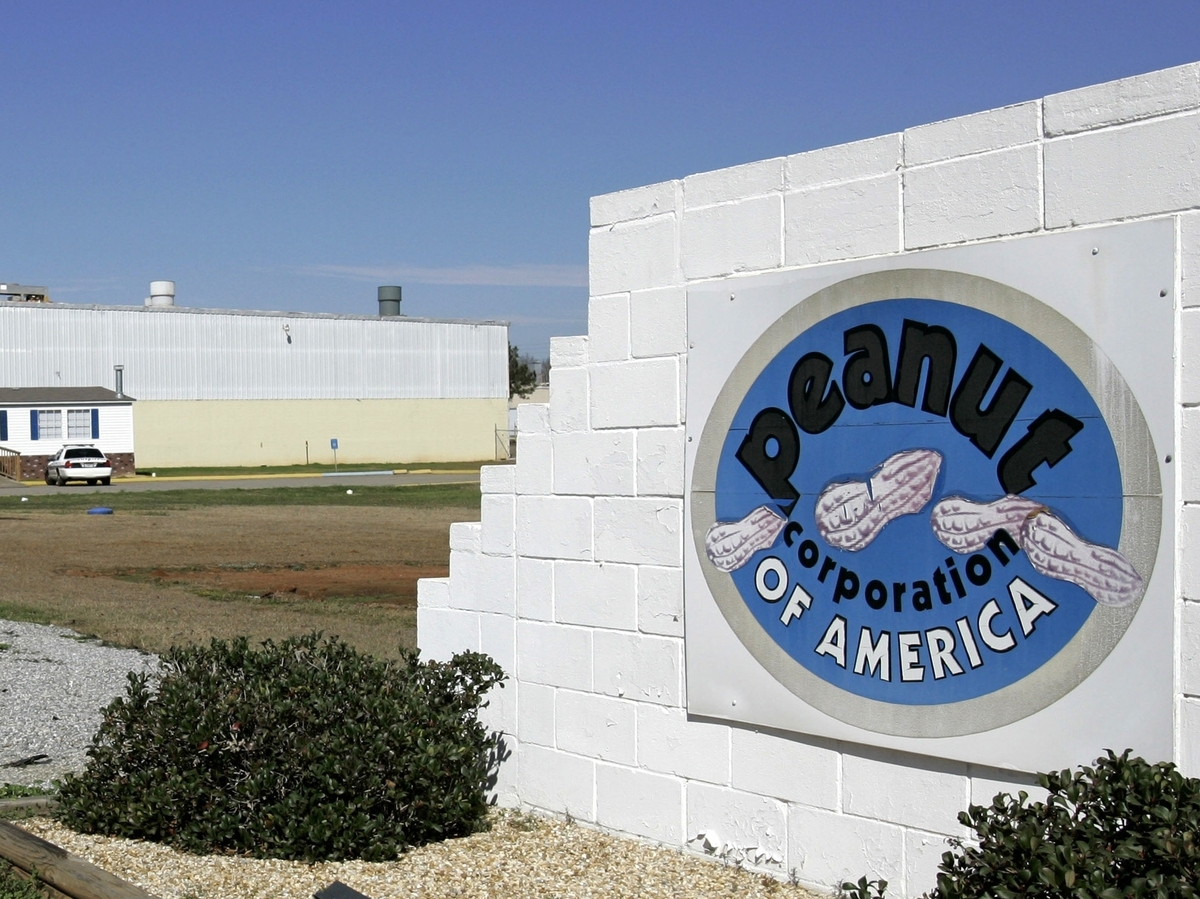 A sign outside the Peanut Corp. of America's processing plant in Blakely, Ga.

The former executives could face up to 20 years in prison if convicted. Another executive, Daniel Kilgore, who served as a plant manager from 2002 through 2008, has already pleaded guilty in the case.

Dan Charles will have more on this story on All Things Considered later today, so stay tuned.

Update at 4:36 p.m. ET: Attorneys for Stewart Parnell, the former owner of Peanut Corp. of America, have released a statement promising to defend Parnell against the charges. According to the statement, officials from the FDA had visited the Georgia factory regularly, were "well aware" of the company's testing procedures, and "made no objection" to them.