Accessibility links
A Dramatic Way To Uncork The Bubbly: Use A Sword : The Salt The art of sabrage, or knocking open a bottle of Champagne with a sword, probably started during the time of Napoleon. A sword is handy but not necessary; a kitchen knife can also work, according to a Champagne expert. 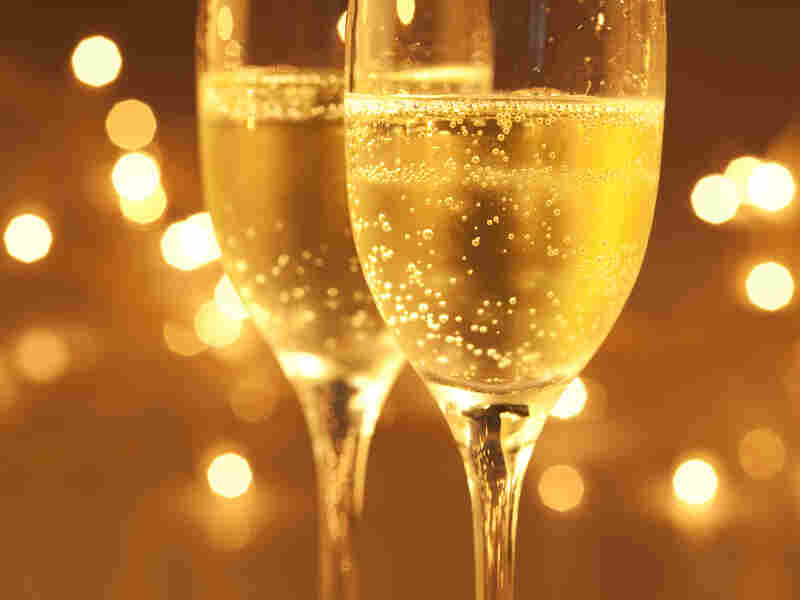 A Champagne expert says you can also cut the top off a bottle with the back of a chef's knife, or any sturdy instrument. iStockphoto.com hide caption

Knocking off the top of a Champagne bottle with a saber — known as sabrage — is an old rite in Europe, and a novel addition to American celebrations. But there's an art to doing it right.

Becky Sue Epstein knows a lot about taking Champagne drinking to the next level. She's the author of the book Champagne: A Global History. Sabering represents two of her passions, ones that common sense might suggest should not be combined.

"Even before I wrote the book, I loved Champagne. So I also love swords. So what I thought I would do was learn to saber off the top of a Champagne bottle," Epstein says.

Epstein learned to saber in Italy, with a small ceremonial sword made just for sabering. At home, she uses a 3-foot long Civil War replica sword, which according to one theory on the origin of the practice is actually quite appropriate.

"Apparently, this started in the time of Napoleon when there were wars all through the Champagne region. And the soldiers would come and grab a bottle of Champagne while they were on horseback; they would just take their saber and knock the top and drink it down," she says.

It's all about technique, Epstein says, and it's really very simple: Get the bottle very cold. Unwrap the foil and cage, then find the seam where the two halves of the bottle meet. Run your sword up the seam to the lip, and give it a strong knock. The top of the neck will come right off.

Epstein says you don't actually need a saber to do this: You can do it with the back of a chef's knife, or really any sturdy instrument. So, yes, you can do this at home, but like so many fun things, that doesn't mean you should.

So perhaps leave this party trick to the experts. But don't worry — if you can't do without it for your next event, professional saberers are available for hire.

And if you're really set on trying it yourself, there are plenty of videos available as guides. Just make sure to try it on your first bottle, not the last.