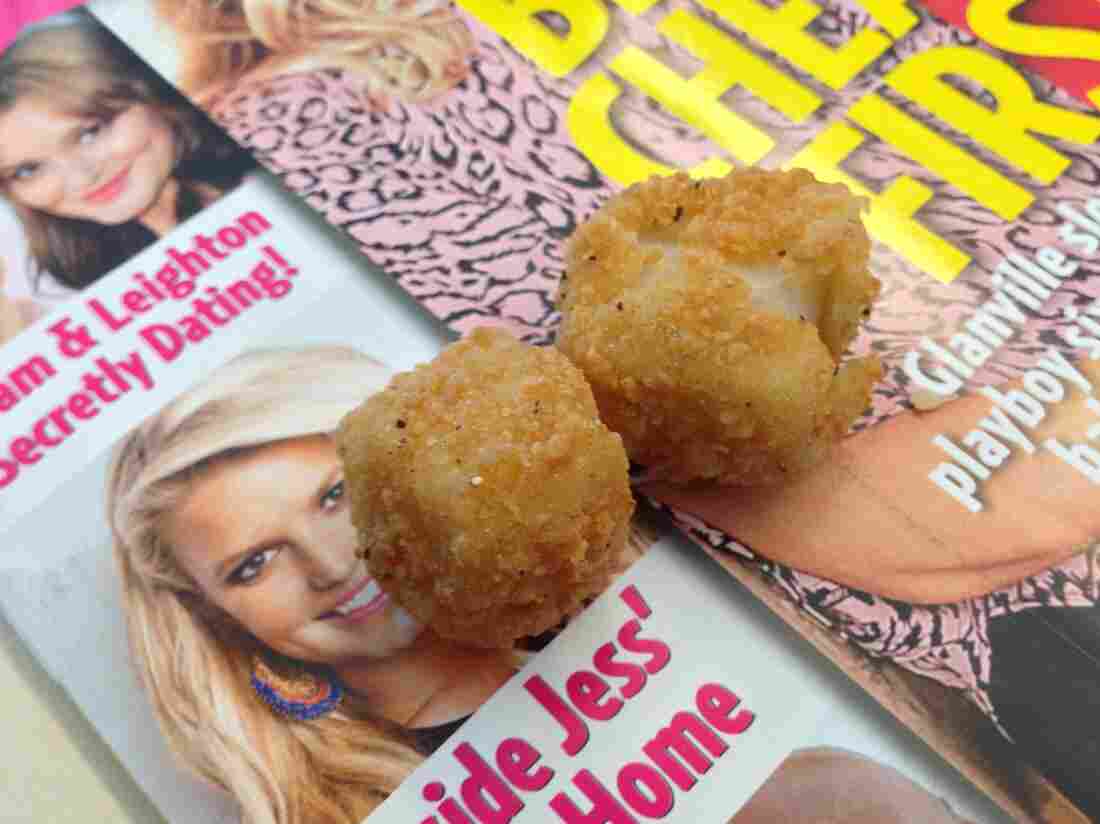 Two Fish McBites, which are not the Chicken of the Sea. NPR hide caption 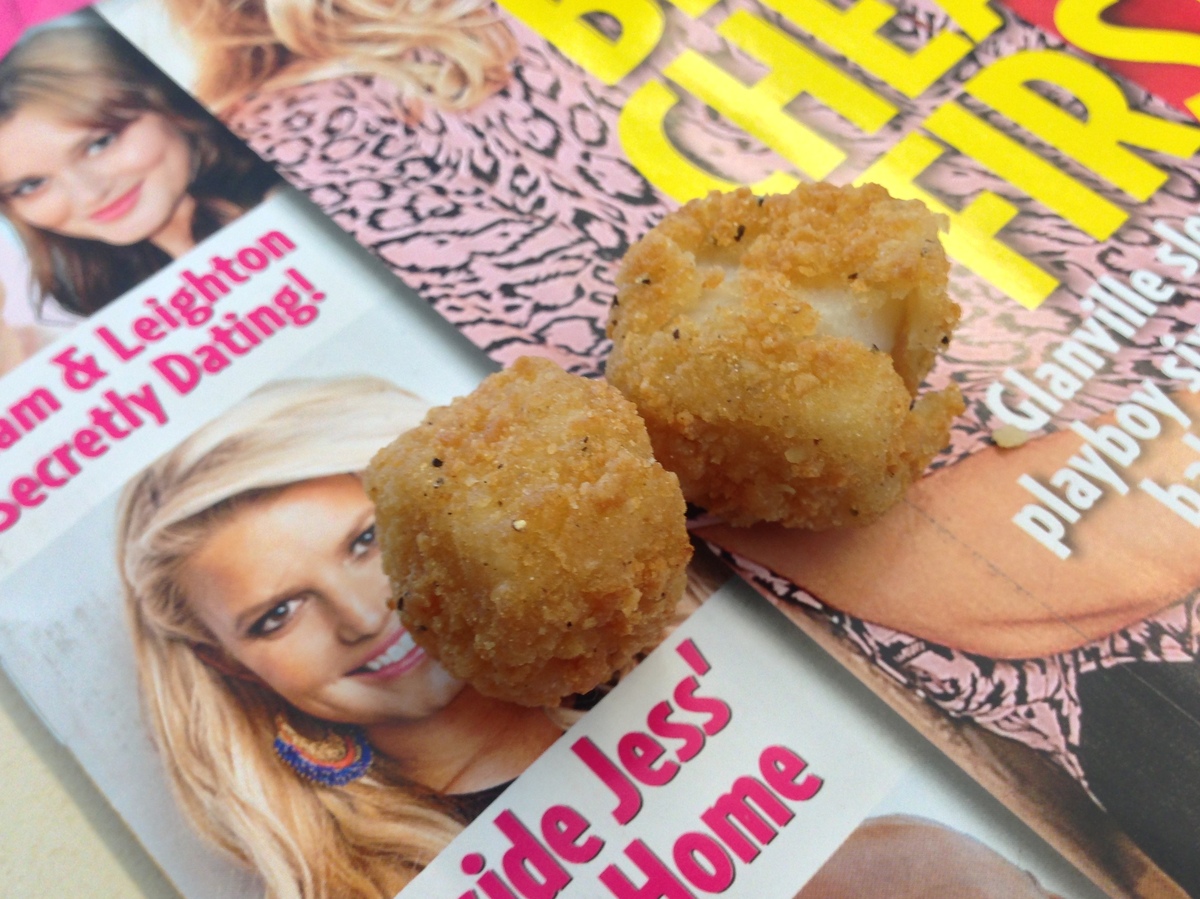 Two Fish McBites, which are not the Chicken of the Sea.

The McDonald's menu is a sacred document, like the Constitution. You can't just add things willy-nilly. It took hard work and sacrifice to add the Fourth Amendment, the McRib, and the Twenty-third Amendment, the Snack Wrap. Now, a new item called Fish McBites seeks ratification.

Miles: Fish McBites — for the bottom feeder in all of us.

Ian: I can't wait to wash this down with McDonald's new Chumrock Shake.

Mike: This is great for Catholics at Easter. Few things capture the spirit of Lent more than the words, "I'll have the Fish McBites." 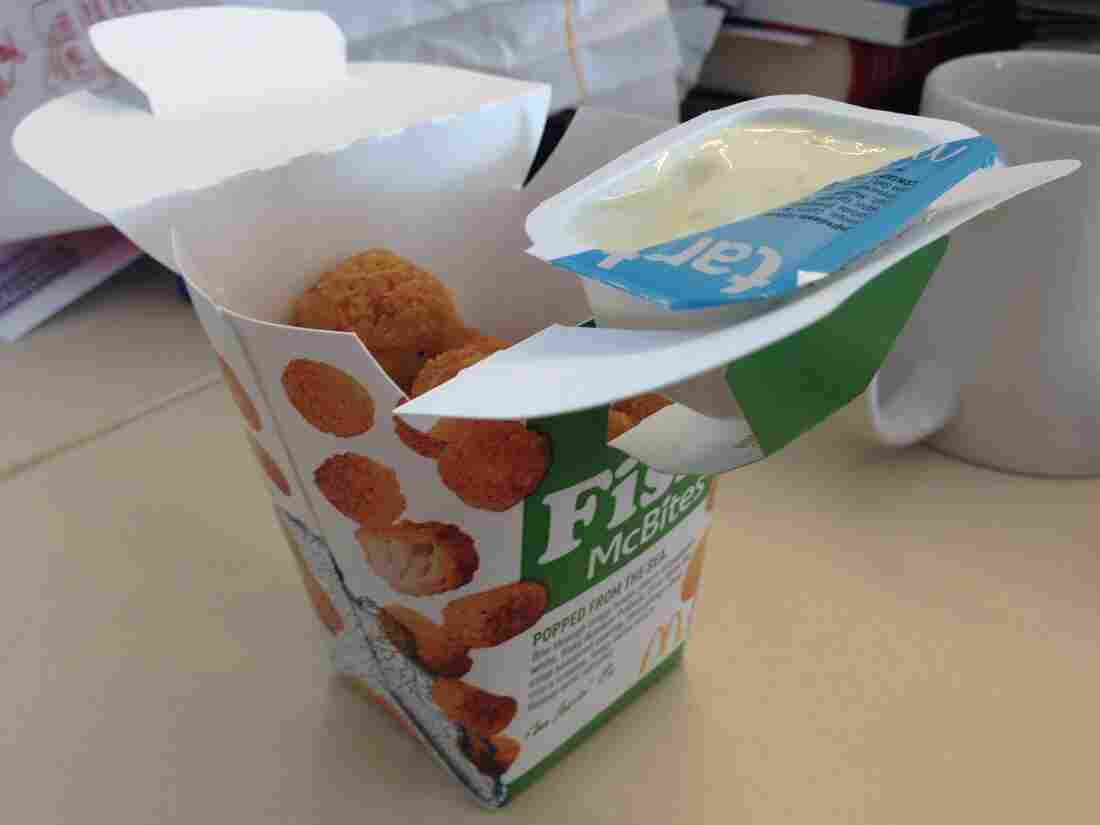 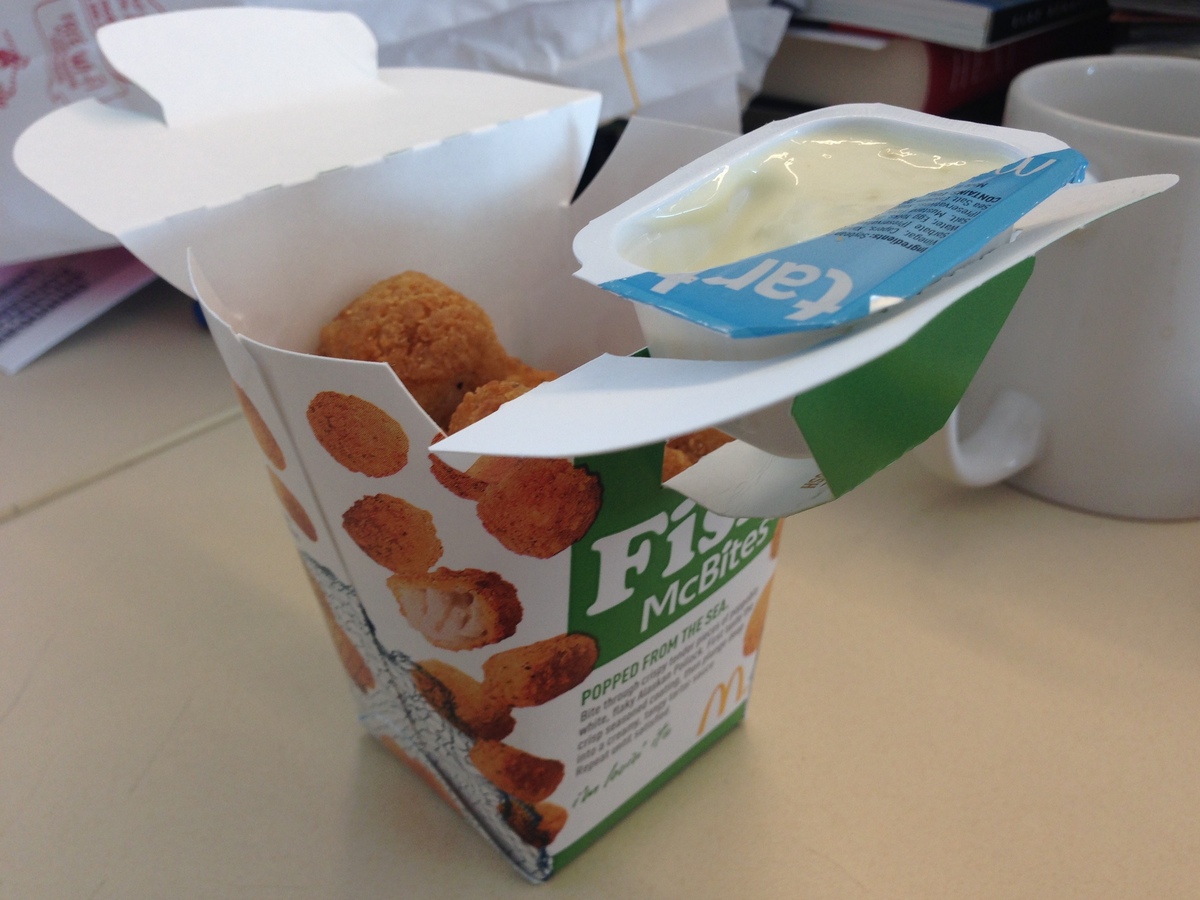 Fish McBites come in a special container, which has a little slot to hold your tartar sauce, and a clever little well for your tears.

Mike: The special container makes it easy to eat while driving ... to your colon cleanse.

Eva: It is clever. An even better container would be one that doesn't open so you don't have to eat these. 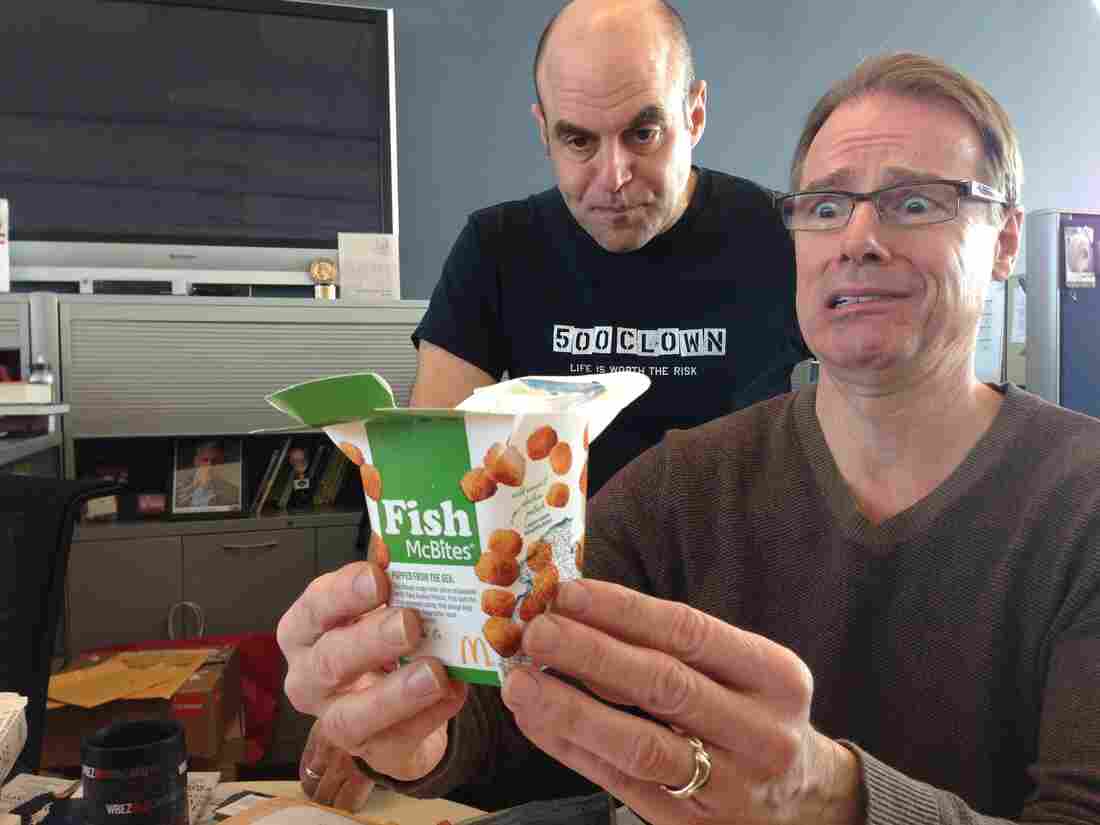 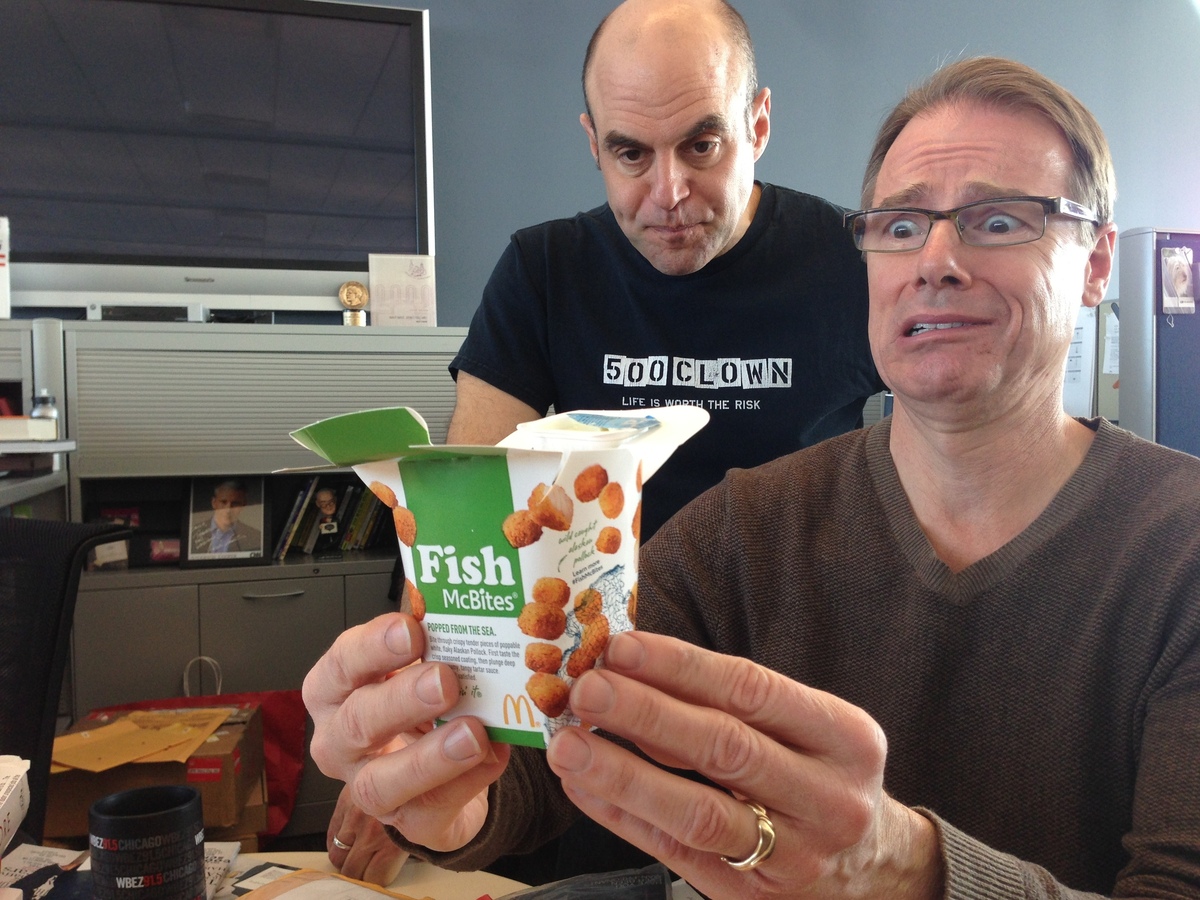 Peter and Robert investigate/recoil in horror.

Ian: They went with the name "Fish McBites" because the name "Cat Food" was already taken.

Miles: Fish McBites are definitive proof that things are most assuredly not better down where it's wetter, under the sea.

Peter: I threw them into a dumpster, because, you know, catch and release. 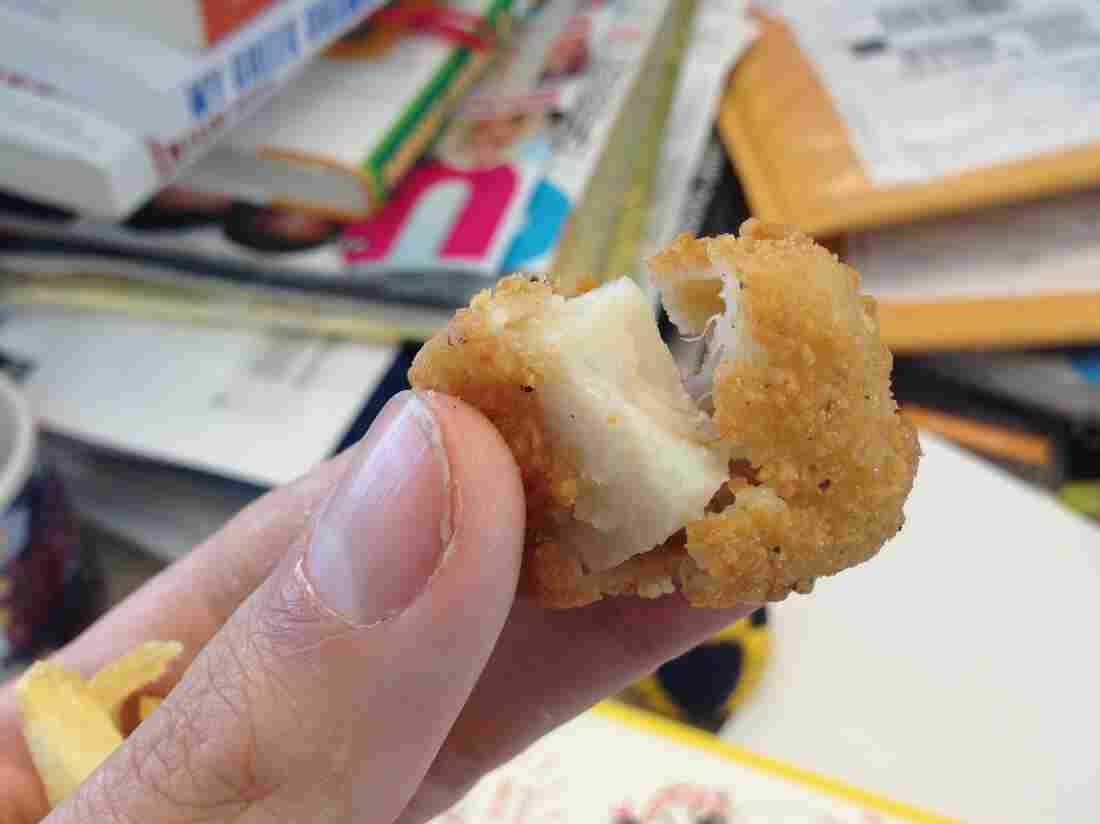 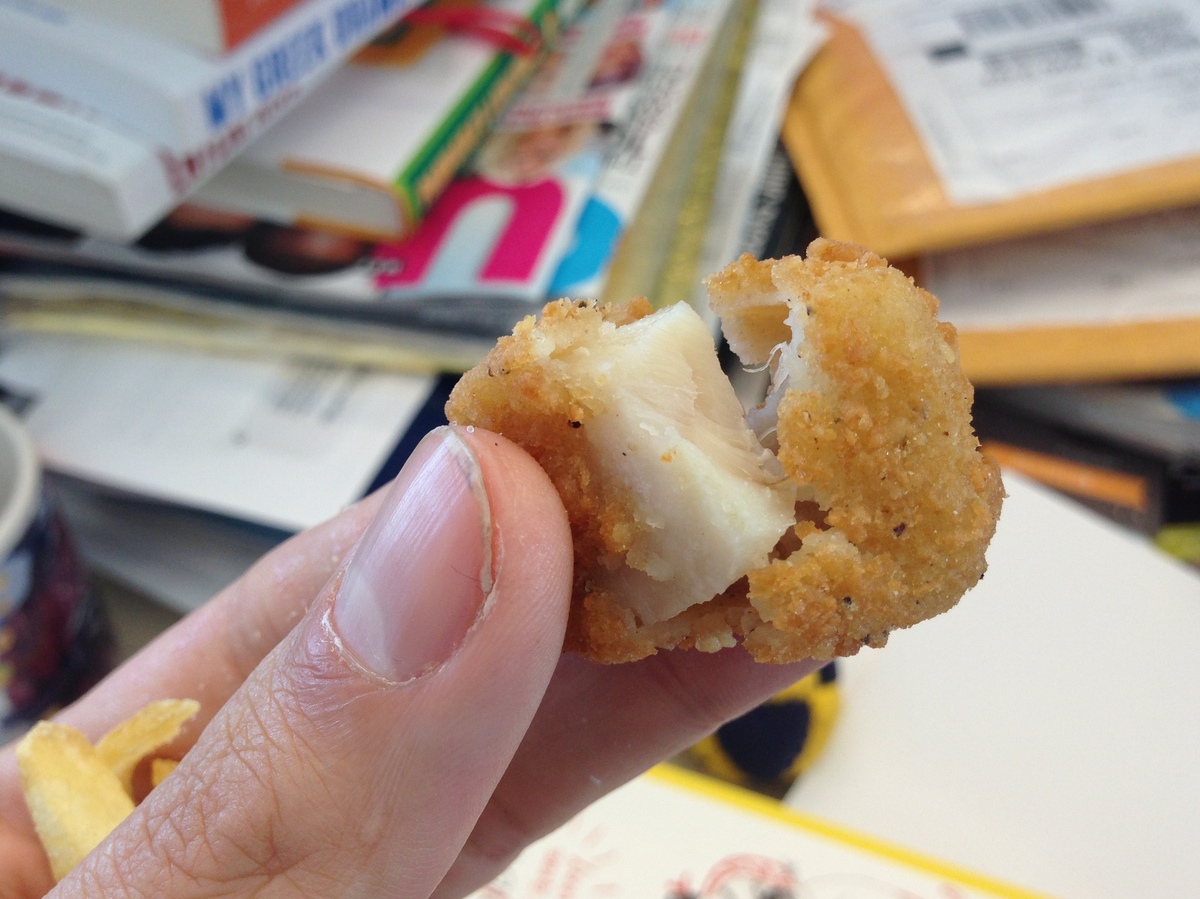 Ian: Just putting a "Mc" in front of something doesn't mean it's edible. That said, I'm excited for the McHorse.

Eva: Which of the Seven McSeas of the World are these Fish McBites from? 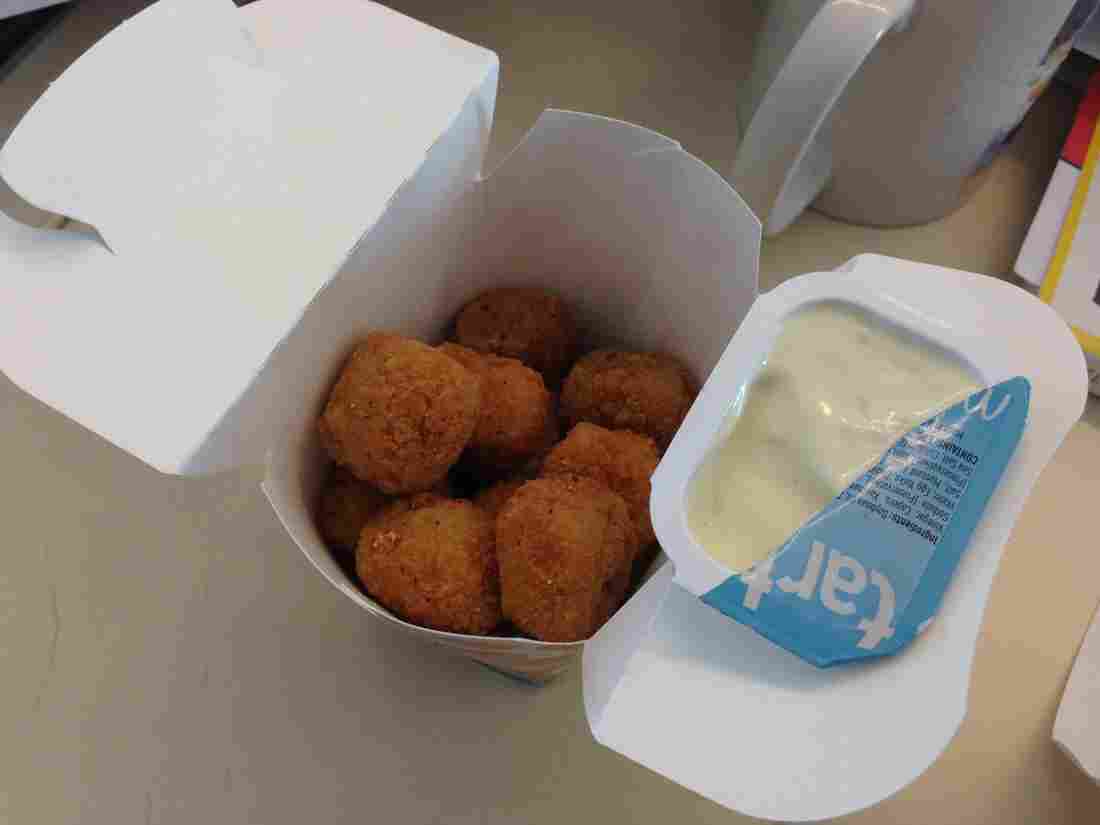 A birds-eye view, from some birds who decided to fly over to Taco Bell instead. NPR hide caption 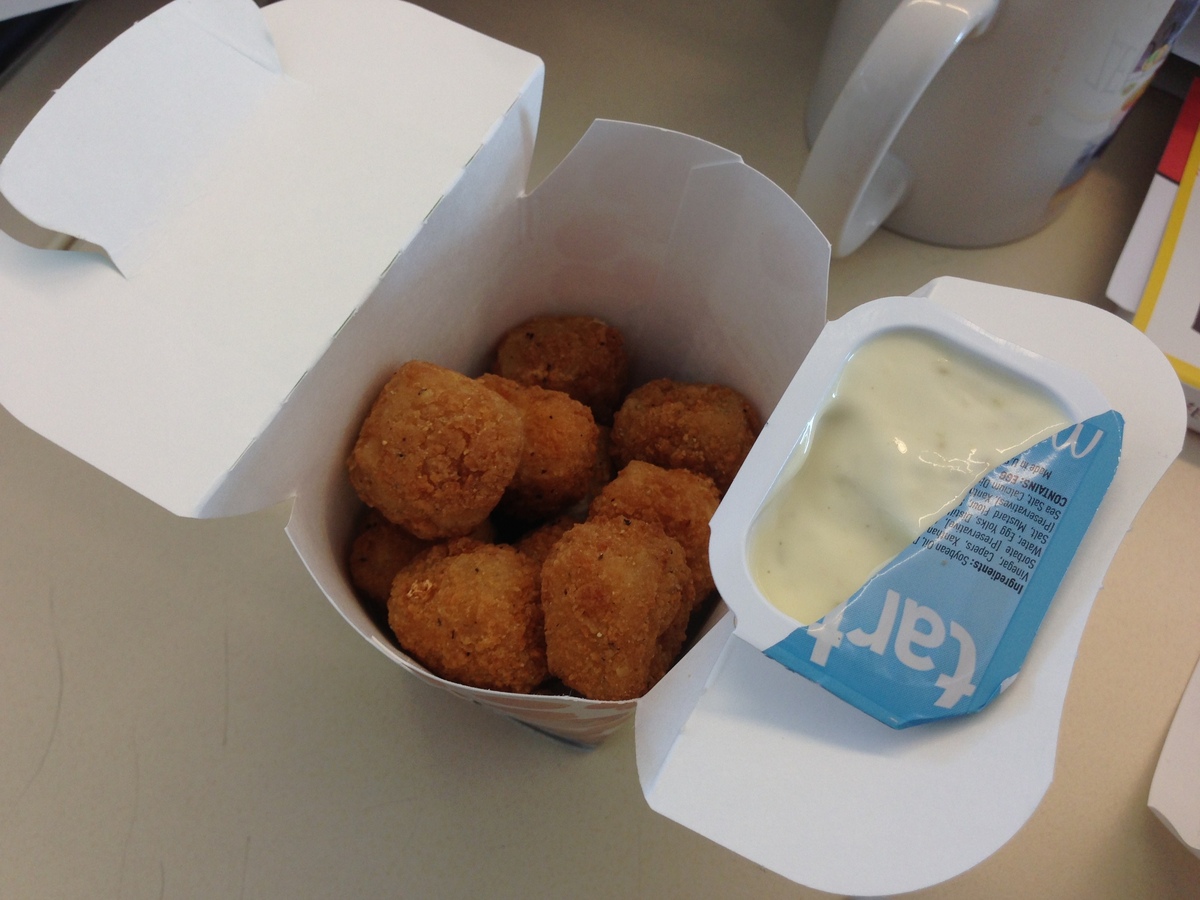 A birds-eye view, from some birds who decided to fly over to Taco Bell instead.

Robert: What kind of fish are these made from? Crappie?

Peter: It says it's "Alaskan Pollock," which I thought was a guy smearing canvases with herring guts.

Miles: In the U.K., they're known as Pollock Bollocks.

[The verdict: I guess if you like the Filet-O-Fish, but can't handle the pressure of deciding how big a bite should be, you might like this.]