Accessibility links
To Build An Empire, Hold The Anchovies : The Salt Civilization cannot live on anchovies alone. The ancient Norte Chico people of Peru were long thought to have built a complex society in South America while dining on a diet based on the tiny fish. But archaeologists now say they ate the food that fueled empires throughout the hemisphere — corn.

To Build An Empire, Hold The Anchovies

To Build An Empire, Hold The Anchovies 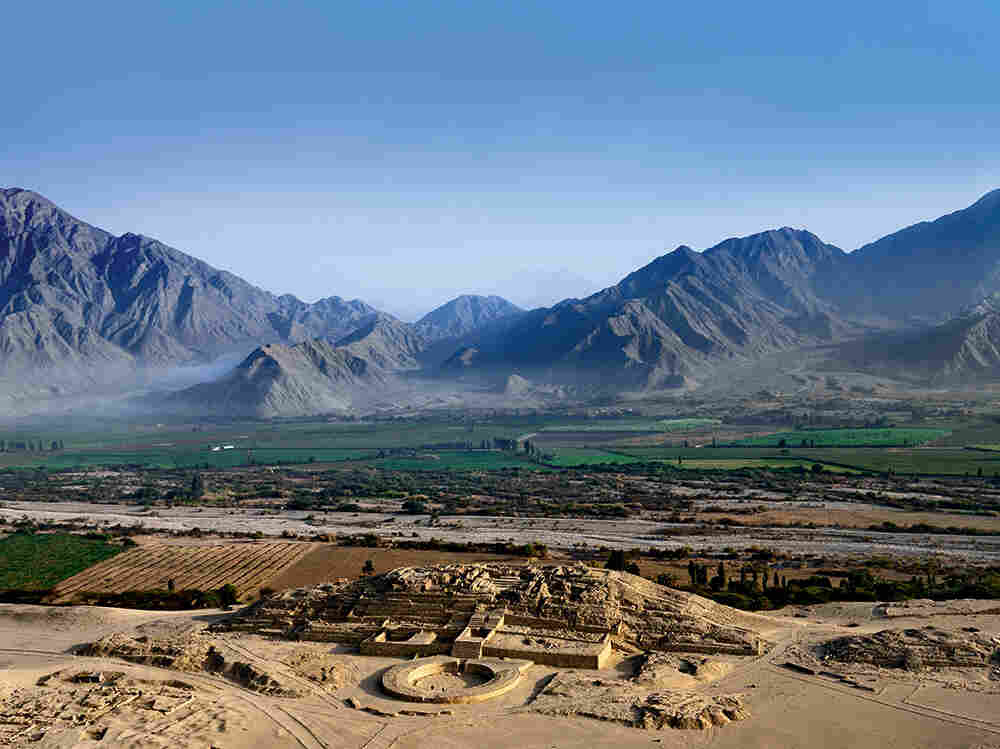 Located north of Lima, Peru, the Caral-Supe settlement was the ancient home of the Norte Chico people, a civilization almost as old as the Egyptians. Courtesy of Chris Kleihege hide caption 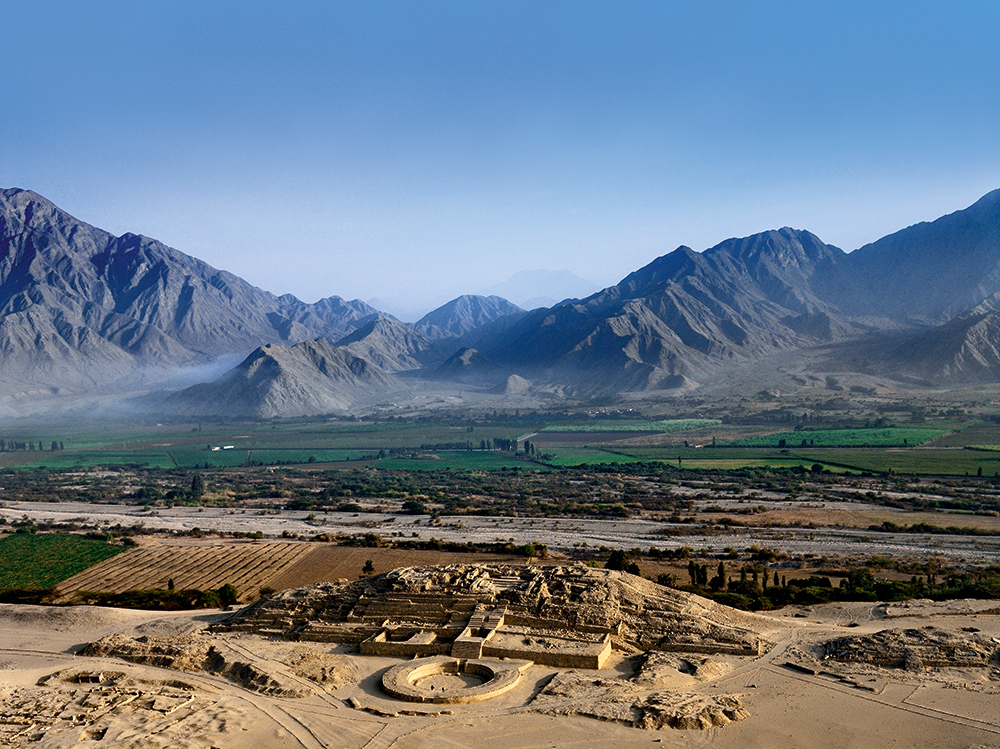 Located north of Lima, Peru, the Caral-Supe settlement was the ancient home of the Norte Chico people, a civilization almost as old as the Egyptians.

Megalomaniacs, consider yourselves warned. Anchovies will not help you build your empire. To rule long and prosper, serve corn.

That's the word from archaeologists who say they've solved a mystery that has been puzzling their colleagues for the past 40 years: How did some of the earliest Peruvians manage to build a robust civilization without corn — the crop that fueled other great civilizations of the Americas, like the Maya?

The Norte Chico people, who lived some 5,000 years ago, built a thriving civilization — but from the archaeological evidence previously available, it looked like they did it solely on anchovies. And anyone who has ever nibbled an anchovy on a pizza knows there's not a lot of meat on those tiny bones.

Would that have given the Norte Chico enough oomph to build the monumental architecture they left behind, including dozens of large communities with huge earthen platforms and circular ceremonial plazas, some 40 meters across?

A view of one of the ceremonial plazas at the Caral-Supe archaeological site. Ernesto Benavides/AFP/Getty Images hide caption

A view of one of the ceremonial plazas at the Caral-Supe archaeological site.

"Think about anchovy at every meal you ate," says Jonathan Haas, an archaeologist at the Field Museum in Chicago. "The problem with anchovies is if you are going to get calories out of them, you have to eat a lot of them, and it's not a balanced diet."

Agriculture is considered the engine of civilization, and in the Americas, that means corn.

Though very little evidence of corn consumption had been found in Peru dating back to the time of the Norte Chico, Haas and his colleagues figured these people just had to be eating corn. So they decided to look harder.

First, they searched Norte Chico archaeological sites north of Lima for proof that the ancient Peruvians had been growing corn. They found lots of old maize pollen.

Then, they went looking for pollen on the stone tools the residents of Norte Chico used to cook. They looked under the microscope, and "lo and behold, the large majority of the tools are being used to process maize," Haas tells The Salt.

Finally, they looked in the fossilized human poop found in the sites. They found anchovy bones — and lots of corn starch. And that's not all: Turns out, sweet potatoes were the second most popular carbohydrate, and guava the most popular source of sugar. (You can learn a lot from fossilized feces.)

Haas says this "corn rules" thesis may be controversial, but he thinks his team's data are strong enough to hold up. The work was published in the Proceedings of the National Academy of Sciences.

"Rather than being a maritime-based society, it's an agriculturally based society," Haas says. "South America then falls in line with the rest of the civilizations of the world."

Update: Photographer Chris Kleihege, whose photo project is documenting excavations at Caral-Supe, sends this photo of a 5,000-year-old corncob found at a pyramid at the ancient Peruvian site. 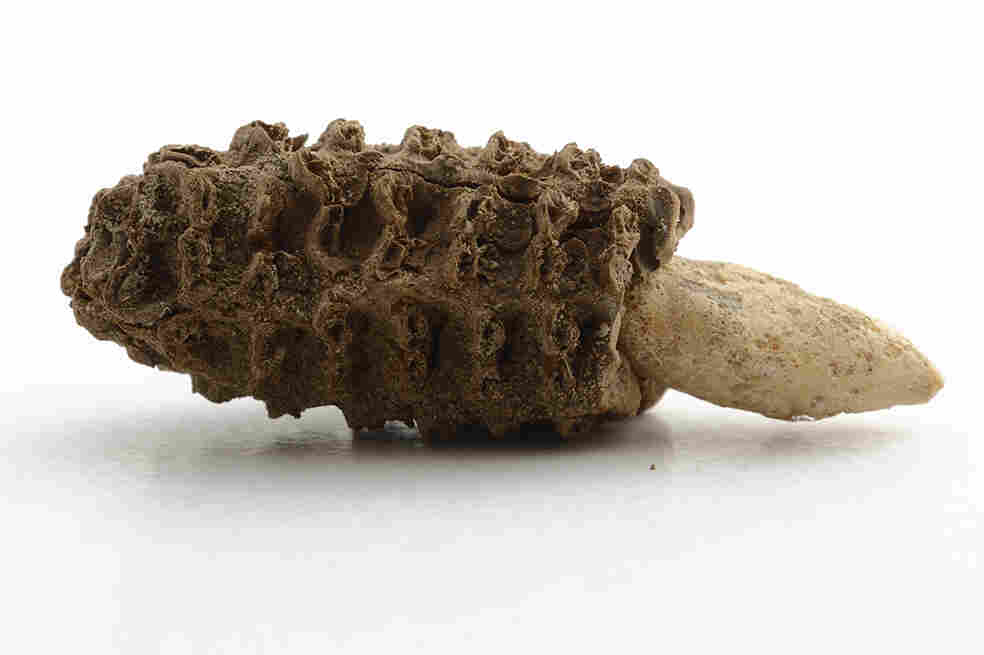 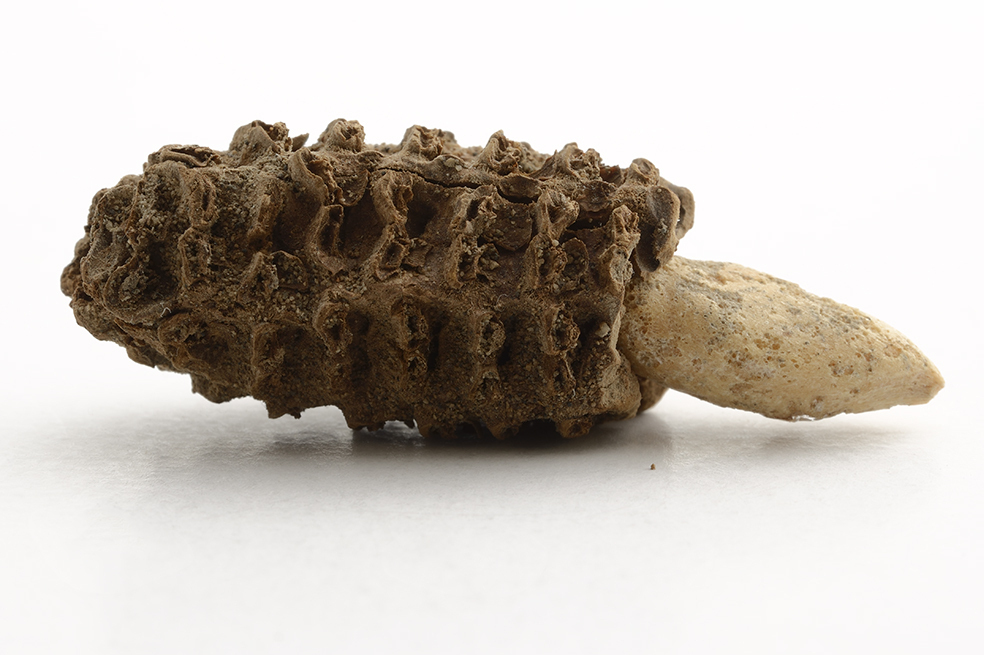