Accessibility links
Family Dinner: Treasured Tradition Or Bygone Ideal? : The Salt We'd all like to live the Norman Rockwell scenario, but for some families, the hectic pace of modern life means dinners are often more likely to channel The Simpsons. Studies suggest that regular family meals contribute to healthy eating habits. So what to make of this tradition in transition?

When we asked you (via our Facebook page) to tell us about the weekday challenges your families face, given the competing demands of work, commutes, schoolwork and activities, you didn't hold back. Especially on the subject of squeezing in a family dinner.

"This topic hit my central core," wrote Moschel Kadokura. "It's amazingly hard," says mom Samantha Kolber of Plainfield, Vt. "Lots of balls in the air," says Katherine Hennessy of Boston. "Witching hours" is how working mom Czarina Kulick of Pittsburgh, Pa., described the daily hurdles and tag-team efforts to feed, bathe and complete homework. "It often feels like no one wins."

"My family dinners, while they are surely Norman Rockwell in my head, in real life, it's more like the TV show The Simpsons," says Jessica Leichsenring of Wisconsin, mom of three kids. She referenced one episode where Homer Simpson cajoles the family off the couch. "We're not going to shovel food in our mouths while we stare at the TV," Homer says. "We're going to eat at the dining room table like a normal family."

If you listen to my story on All Things Considered, you'll get a shockingly honest and real snapshot of Leichsenring's family dinner: It's quick (eight minutes) and full of distractions (think iPods, TV and kids complaining they don't like milk). And Leichsenring is not alone.

Our NPR poll, conducted with the Robert Wood Johnson Foundation and the Harvard School of Public Health, finds about a quarter of children surveyed live in homes where — on a given night — the TV is on, or someone is using an electronic device. (The poll was based on a nationally representative sample of U.S. households with children. About 1,000 caregivers are included.)

The poll also found that, despite families ranking a family meal as a high priority, about half of children live in a home where, on a given night, families don't sit down together to eat or share the same food.

Lots of families we heard from told us that family dinners are special times: They just don't happen every night. For many, it's a weekend dinner where everyone looks forward to being together. But for a choice few, it seems, family dinner is the glue that holds the family together. (We profile one such family, the Brown-Spencers, in our photo gallery above.)

So why are we asking about family dinners? Several studies have suggested that regular family meals contribute to healthy eating habits. For instance, one study found that middle-school kids who routinely ate with their families tended to be healthier eaters when they reached high school. And there also seems to be emotional benefits as well.

"We think family dinners matter because they provide an opportunity for families to sit down together, to relax, to communicate, to share happenings about their day" says Kelly Musick, an associate professor at Cornell University whose research focuses on modern family dynamics. 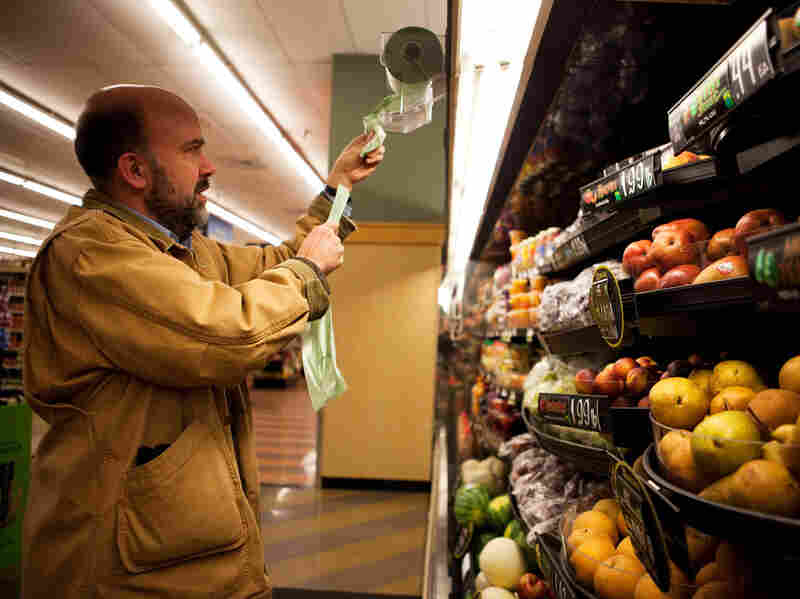 Brown stops by the grocery story after work to pick up ingredients for a fruit salad that he plans to make for dinner. Maggie Starbard/NPR hide caption 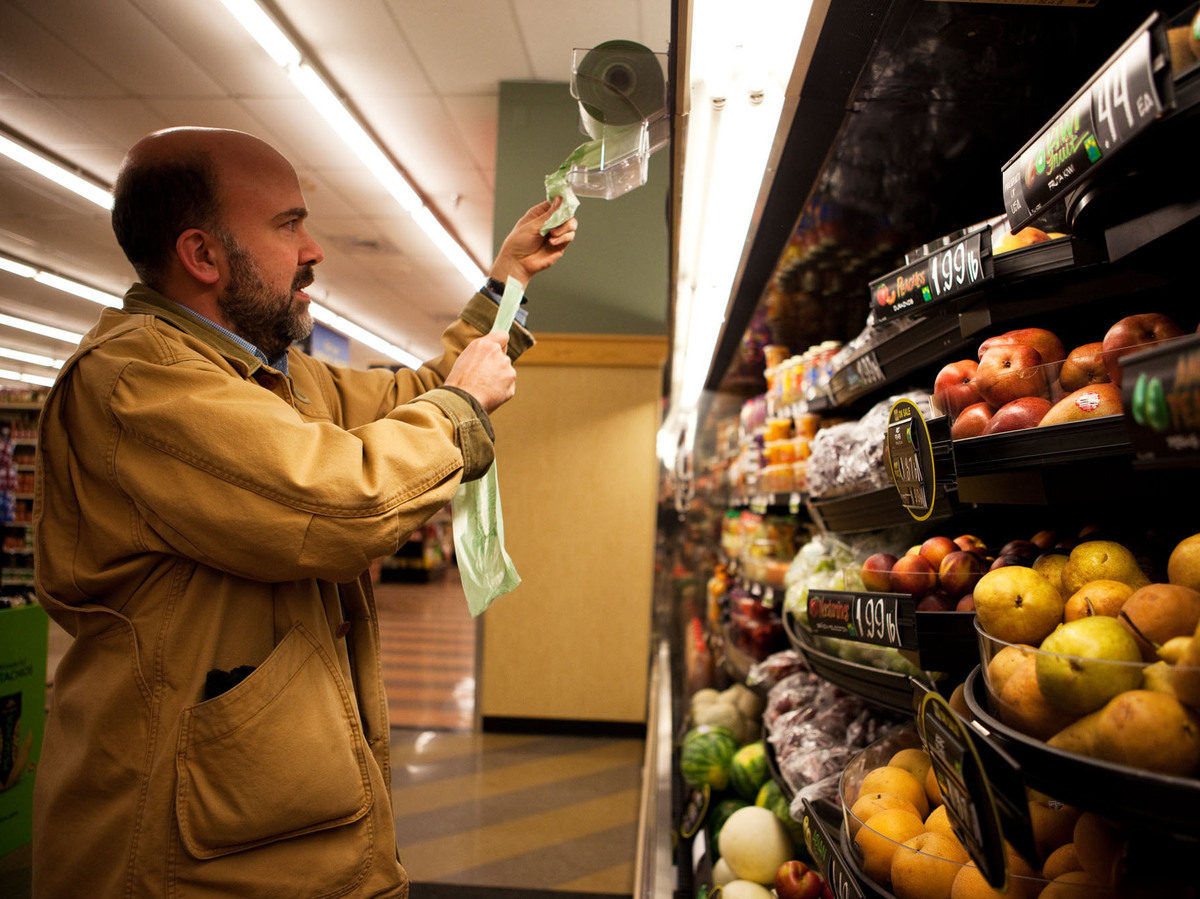 Brown stops by the grocery story after work to pick up ingredients for a fruit salad that he plans to make for dinner.

But in an era when so many families are stretched thin, it's possible that a nightly dinner may not be the prime opportunity for communicating or relaxing together. If a meal is slap-dash and stressful, is it really making a family stronger? Musick says it's not clear.

"Our research shows that the benefits of family dinners are not as strong or as lasting as previous studies suggest," says Musick.

It may be that quality time spent together — away from the table — is just as beneficial as eating together. For Jessica Leichsenring's family, this means playing outside together after school, or reading together at bedtime.

Leichsenring says she's come to terms with her eight-minute dinners, and she feels she's got strong relationships with her children.

"As long as I'm present in their lives and involved with them and showing them what it is to be a good person, I don't think having dinner together is going to sway that one way or another," she says.

So does family dinner matter? Tell us what you think.