Accessibility links
Germans Are Drinking Less Beer These Days, But Why? : The Salt Despite Germany's long association with beer, it looks like its citizens are imbibing less of their celebrated beverage now than they did a generation ago. Some cite the economy as a factor; others, the rise of health consciousness. 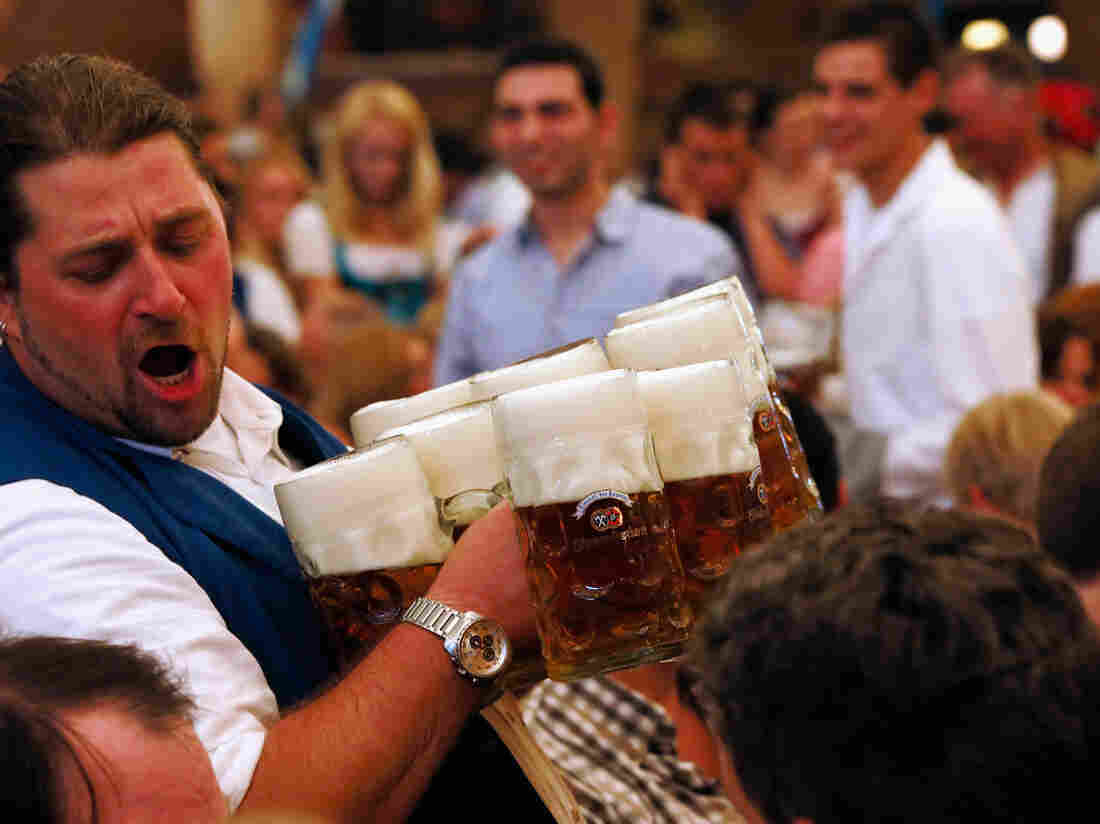 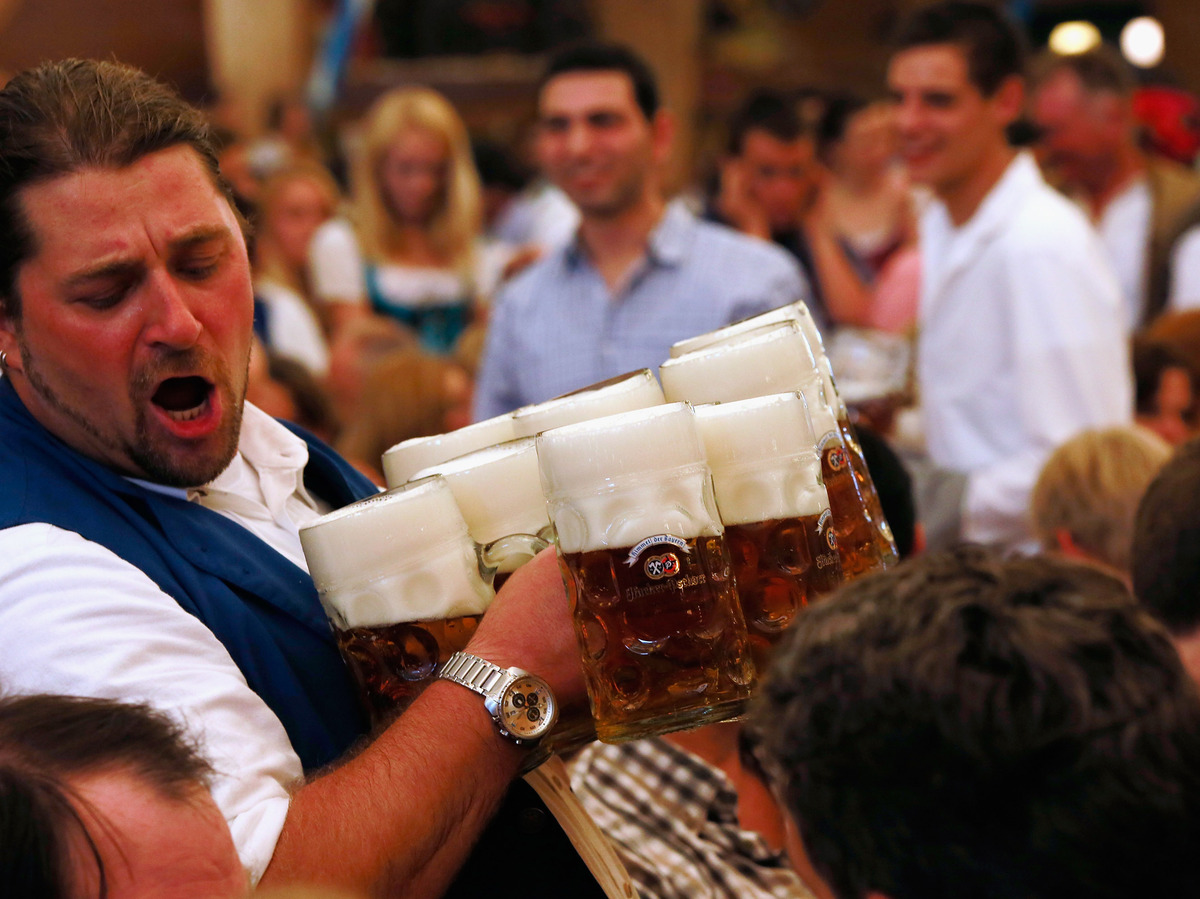 A waiter carries beer mugs during the 2012 Oktoberfest in Munich.

For centuries, Germany has been synonymous with beer. Tourists flock from around the world to take part in the country's many beer festivals, including the famous Oktoberfest.

But officials say the German beer tradition is waning. A recent government report found Germans drink less beer now than they did a generation ago. To find out why, I visited some pubs and brew experts in Berlin — and heard a range of explanations.

At the Max and Moritz tavern, in a former working-class neighborhood of the German capital, beer once flowed as freely as the nearby Spree River. The pub is named after the characters of a beloved children's tale whose images adorn the walls and shelves, but it's the beer that this tavern is famous for.

As in most traditional German pubs, local brews are served here from taps or in bottles. On the night I visited, most customers were drinking wine or soda pop.

One of those drinking a soda was my husband's friend, Jan Katzmarczyk, a German lawyer who has sworn off alcohol for Lent. Even when he does drink, the 41-year-old says, he rarely orders a beer anymore — maybe two a week, but not more.

He took us to several well-known pubs in Berlin to see what his country's statistics agency is reporting: that Germans — despite consuming 2 1/2 billion gallons of beer last year — are drinking less beer now than at any time since 1990.

"People might drink less because it has lots of calories," Katzmarczyk says. "People are thinking much about their bellies, and beer is not helping."

At a nearby tavern called Zur Kleinen Markthalle, or "small market hall," there were more beer drinkers. But bartender Andreas Varrelman confirmed what the government is reporting: Fewer patrons order beer these days.

He blamed the decrease on Germany's economic crisis, saying he thinks people are more reluctant to go out and spend money, including on beer.

Marc-Oliver Huhnholz, spokesman for the German Brewers Association, says the waning interest in beer is more about changes to German society.

"We have a shift of the population — the people become older and less younger are following," he says. That means there are fewer Germans in younger age groups, which are more typically associated with beer-drinking.

Germans are drinking less beer now than at any time since 1990."

Huhnholz adds that there are also fewer jobs in fields once associated with drinking beer, like mining and construction. "When the people have built a house or something like this, they opened the first bottle at 8 o'clock in the morning," he says. "Now we have computer work, we have much more mobility, so people are driving cars."

And that means less drinking of alcohol, be it beer or anything else.

Despite the decrease, Huhnholz notes that Germany is still among the top three beer-drinking countries in Europe. The 28 gallons of beer per capita Germans consume every year far exceeds what Americans drink — 21 gallons per capita.

To lure more Germans back to beer-drinking, Huhnholz's brewers are experimenting with new products, including tasty nonalcoholic beers and fruit-flavored beers, as well as unusual mixes, like beer with cappuccino.