Accessibility links
Budweiser May Seem Watery, But It Tests At Full Strength, Lab Says : The Salt Class-action lawsuits accuse Anheuser-Busch of watering down Budweiser and other beers and then misleading consumers about their alcohol content. The company denies the claims; in tests commissioned by NPR, samples of Budweiser were found to be in line with their advertised alcohol content. 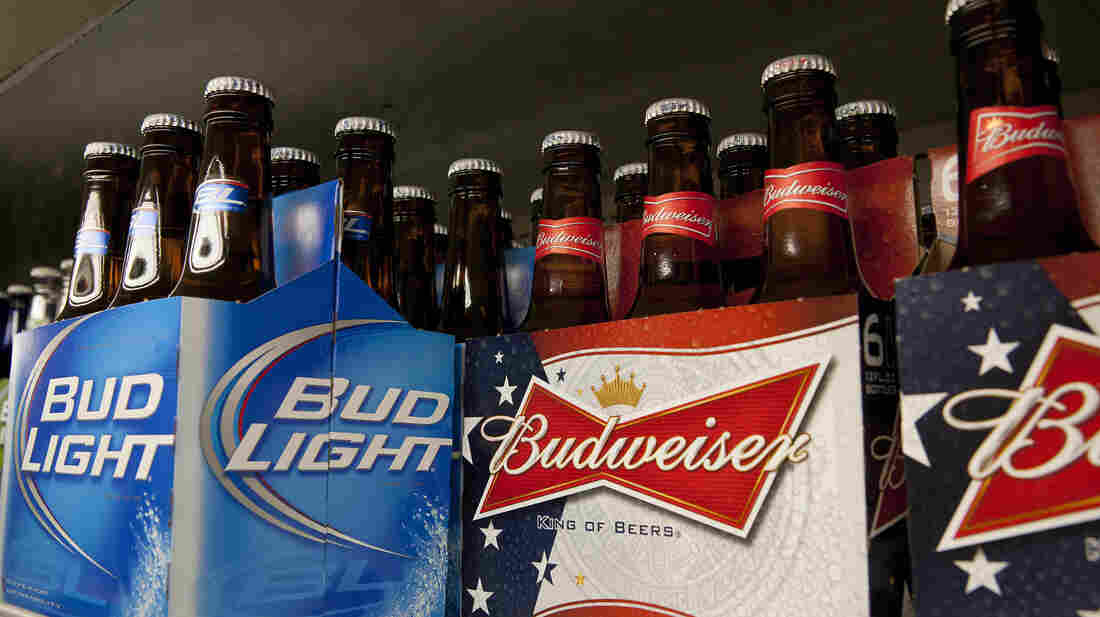 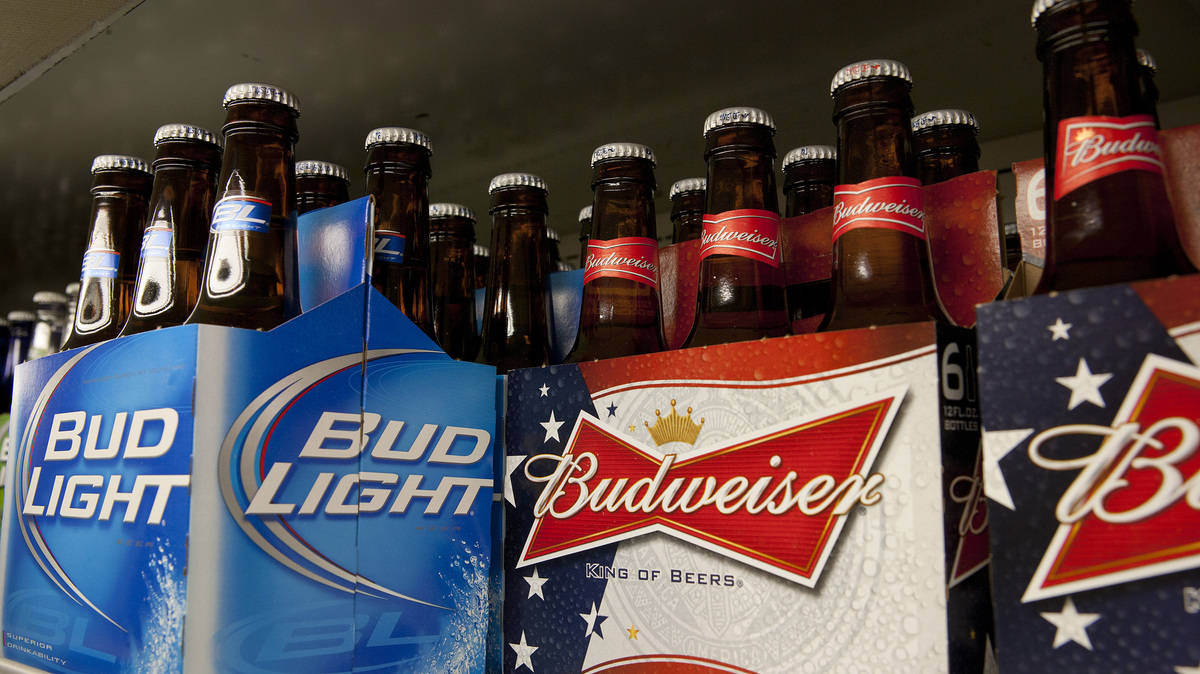 Plaintiffs accuse Anheuser-Busch of misleading consumers about the alcohol content in Bud Light, Budweiser and other products. The brewer denies the claims.

Samples of Budweiser and other Anheuser-Busch InBev beers were found to be in line with their advertised alcohol content, according to lab tests conducted at NPR's request. We've rewritten portions of this post to reflect that new information.

Anheuser-Busch is accused of misleading beer drinkers about the alcohol content of Budweiser and other products, in a series of class-action lawsuits filed in federal court.

The brewer says the case has no merit.

Like many mainstream U.S. beers, Budweiser has long been accused of tasting watery and low-powered in comparison with strong and flavorful American craft and European traditional brews. But the lawsuit's main contention is not that a crime against taste has been committed.

The plaintiffs allege intentional "mislabeling" of at least 10 beers' alcohol content, after the brewer added water to boost the amount of beer produced from raw materials. They are seeking compensation for consumers.

"How would you feel if you paid premium prices for premium gas and were told that in fact, they were giving you the low-grade gas?" Boxer asks.

The lawsuit doesn't cite independent tests of the beers in question. Boxer says his information comes from former Anheuser-Busch employees.

Peter Kraemer, Anheuser-Busch InBev's vice president of brewing and supply, calls the claims "completely false" in an emailed response to the lawsuit. "Our beers are in full compliance with all alcohol labeling laws," Kraemer says.

Tests conducted on Budweiser, Bud Light Lime, and Michelob Ultra this week by San Diego's White Labs found that "the alcohol percentages inside the cans were the same as what was stated on the can," says analytical laboratory specialist Kara Taylor.

"Some of them were spot-on. Others deviated, plus or minus, within a hundredth of a percentage" — well within federal limits, she says.

Laboratory analysis of Budweiser found the beer was within federal rules in matching its advertised 5 percent alcohol content by a hundredth of a percentage. NPR hide caption

When told that a lab commission by NPR had tested several Budweiser samples and found them to match their labeled alcohol content, Boxer dismissed our test results, confident that when he gets his hands on Anheuser-Busch's internal testing, he'll still have a strong case.

On Twitter and other social media, news of the lawsuit was greeted by jeers and jokes about watered-down beer. But the practice of adding water to beer before it's packaged is common among large brewers. Called high-gravity brewing, it involves blending a potent brew with water.

The process is very efficient — and it can mean higher profits for companies like Anheuser-Busch InBev, the world's largest brewer.

"In high-gravity brewing, you can make a lot more beer by stretching the beer that you have fermented," explains Dan Kopman, co-founder of Schlafly Beer, a craft brewery in Anheuser-Busch's ancestral home of St. Louis. (AB InBev is now headquartered in Belgium.)

Kopman says that adding water can help a brewer "stretch" the amount of the final product by at least 5 or 10 percent without changing the beer's flavor.

"This is primarily done in very large breweries, and it works well for lighter lager beers," he tells The Salt. "I would assume that all major brewers in the world high-gravity brew. It is not unique to AB."

As an example, Kopman says, Anheuser-Busch might brew high-gravity Bud, with an alcohol content of around 5.5 percent after fermentation.

"Then in packaging they will add deaerated water," he says, to achieve the desired flavor and alcohol content. Deaerated water has low oxygen levels, to help the beer "keep" on the shelves.

Brewers who use this process monitor alcohol content closely; most also verify it with a lab test after packaging.

The class-action suit accuses Anheuser-Busch of purposefully deceiving consumers, and claims that the practice of watering down beer was "vigorously accelerated" after Anheuser-Busch merged with InBev to form a mammoth global corporation in 2008.

Two plaintiffs in the California suit, Nina Giampaoli and John Elbert, say they regularly purchased Budweiser over the past four years, taking the "stated percentage of alcohol into account" when they decided to buy the beer.

But Todd Alström, the founder of BeerAdvocate, says that while consumers want to know roughly how much alcohol is in a beer, the case is silly.

"I don't think it truly matters with most people out there," he says.