Accessibility links
Sandwich Monday: Chicken And Waffles : The Salt For this week's Sandwich Monday, we try chicken and waffles, in sandwich form. The Chicago restaurant Bel 50 uses waffles for all of its sandwiches, and we don't miss the bread at all. 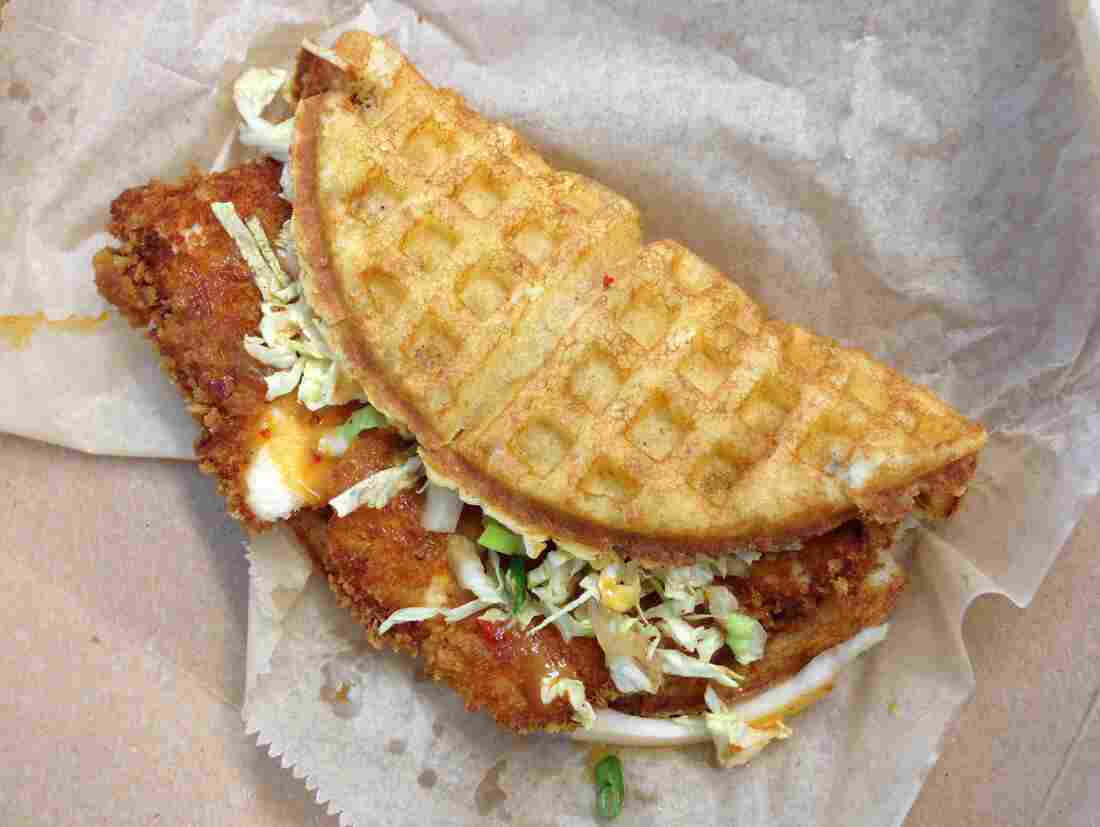 Even the sandwich is smiling. NPR hide caption 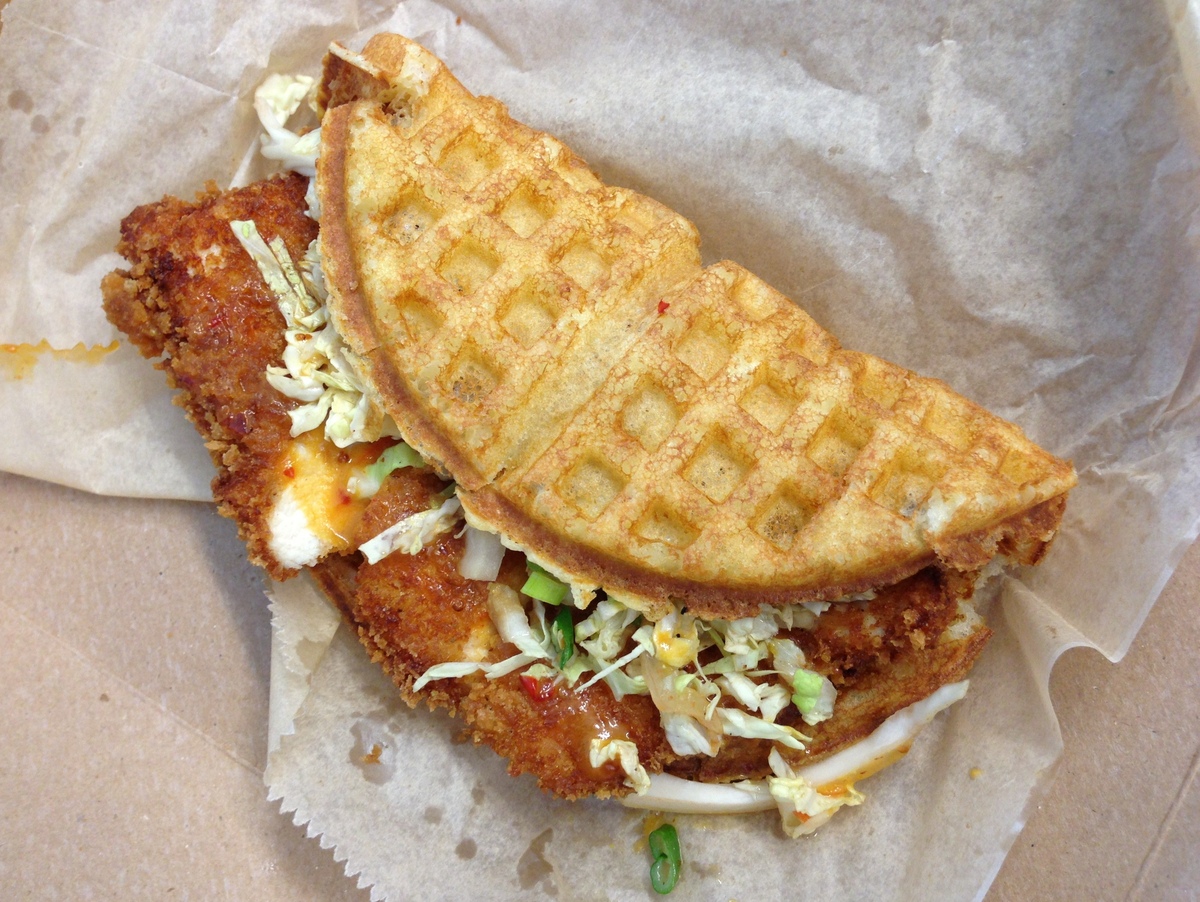 Even the sandwich is smiling.

Chicken and waffles is a great dish — nobody would deny that, except for chickens. But it's not always the easiest thing to eat. You've got bones to deal with, plus sticky syrup, and worst of all, finite stomach capacity. Chicago restaurant Bel 50 has a solution: a boneless fried-chicken sandwich, on waffle bread.* Also in there: apple slaw and honey mustard glaze.

Ian: It looks like my breakfast ate my lunch.

Miles: The waffle does an excellent job absorbing the tears of gratitude I'm shedding over the fact that this sandwich exists. 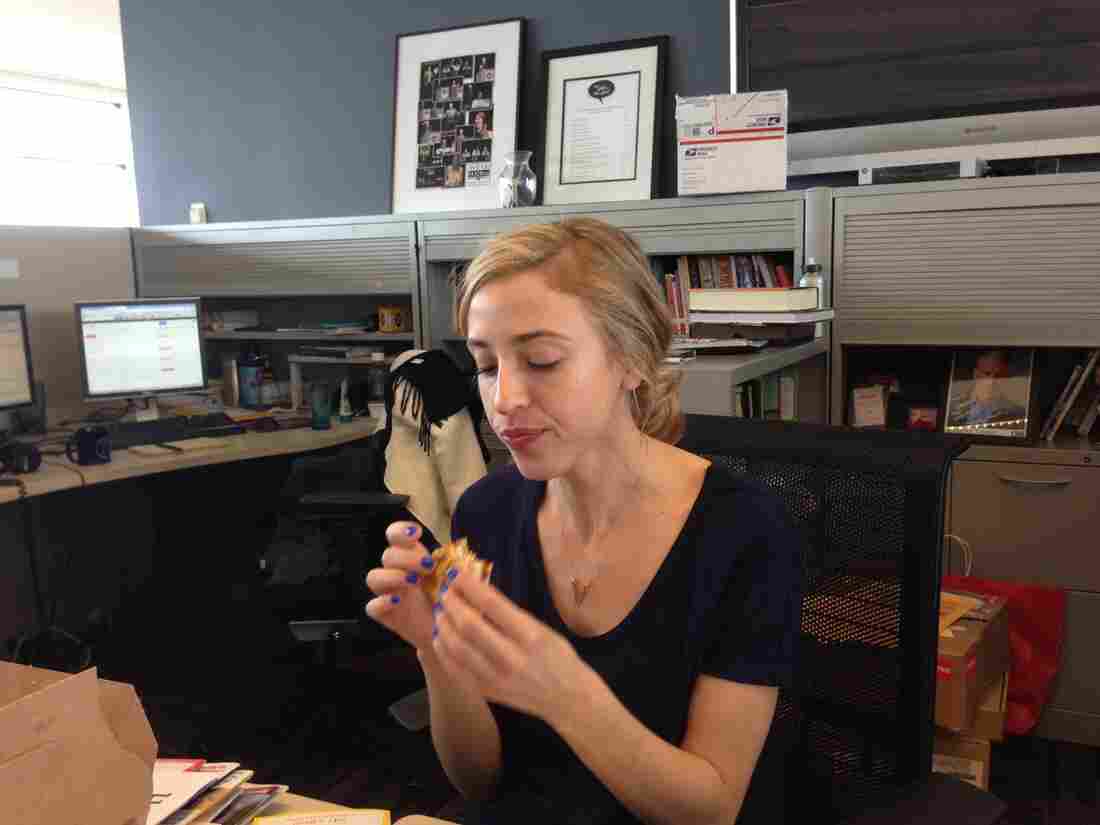 Eva contemplates replacing all the bread in her life with waffles. NPR hide caption 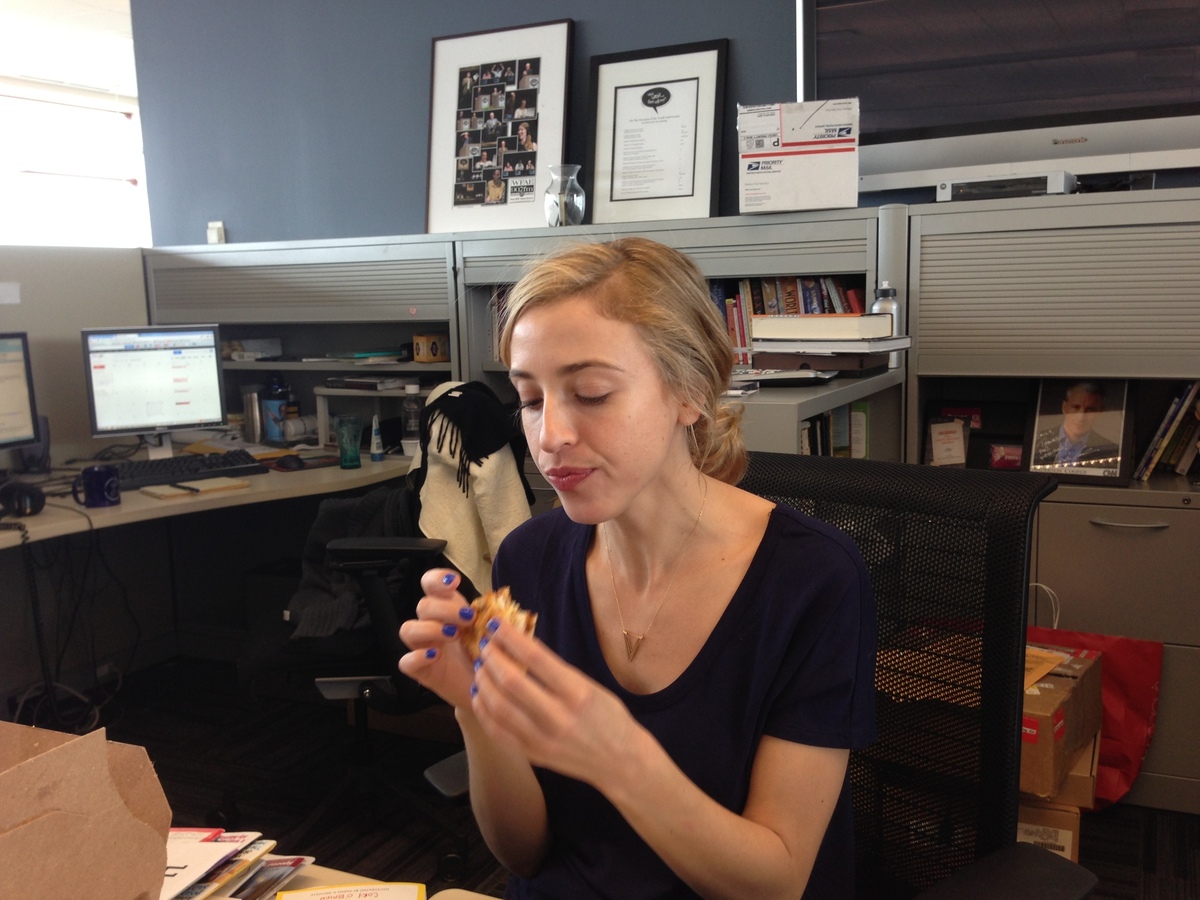 Eva contemplates replacing all the bread in her life with waffles.

Ian: Yup. Somewhere, someone is putting maple syrup on two slices of white bread and wondering why life is so hard. 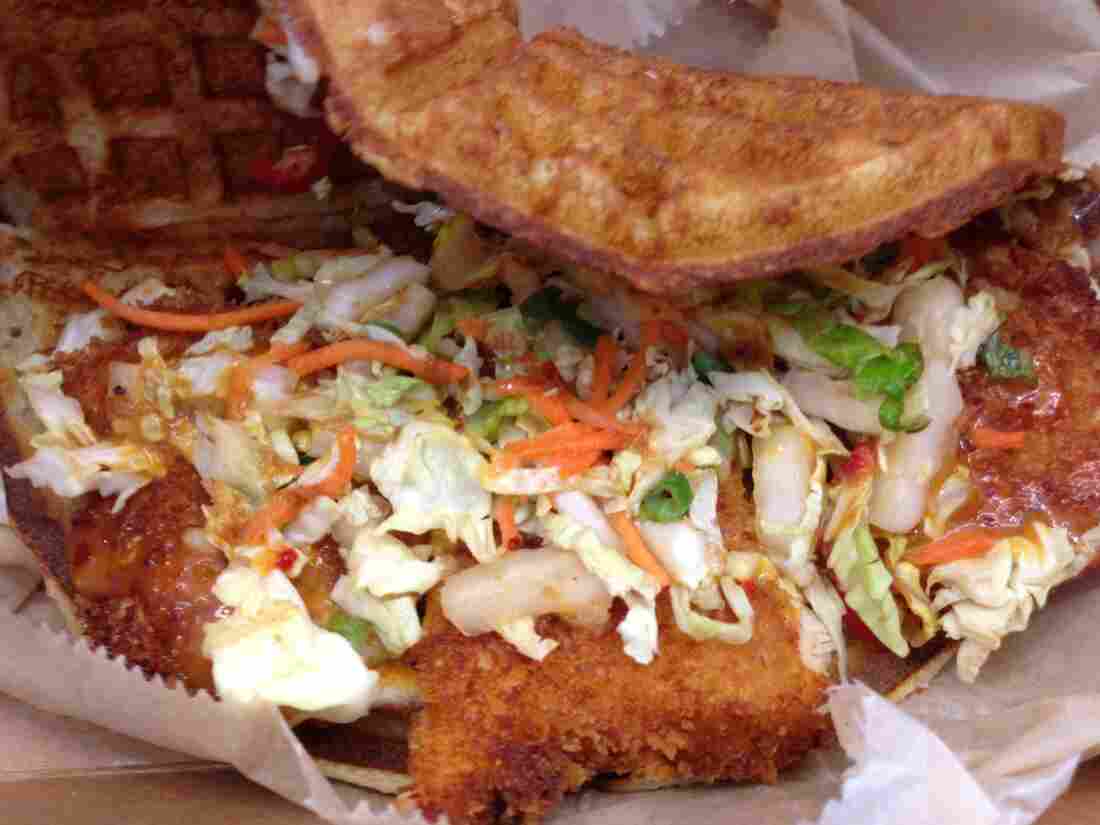 A look within NPR hide caption 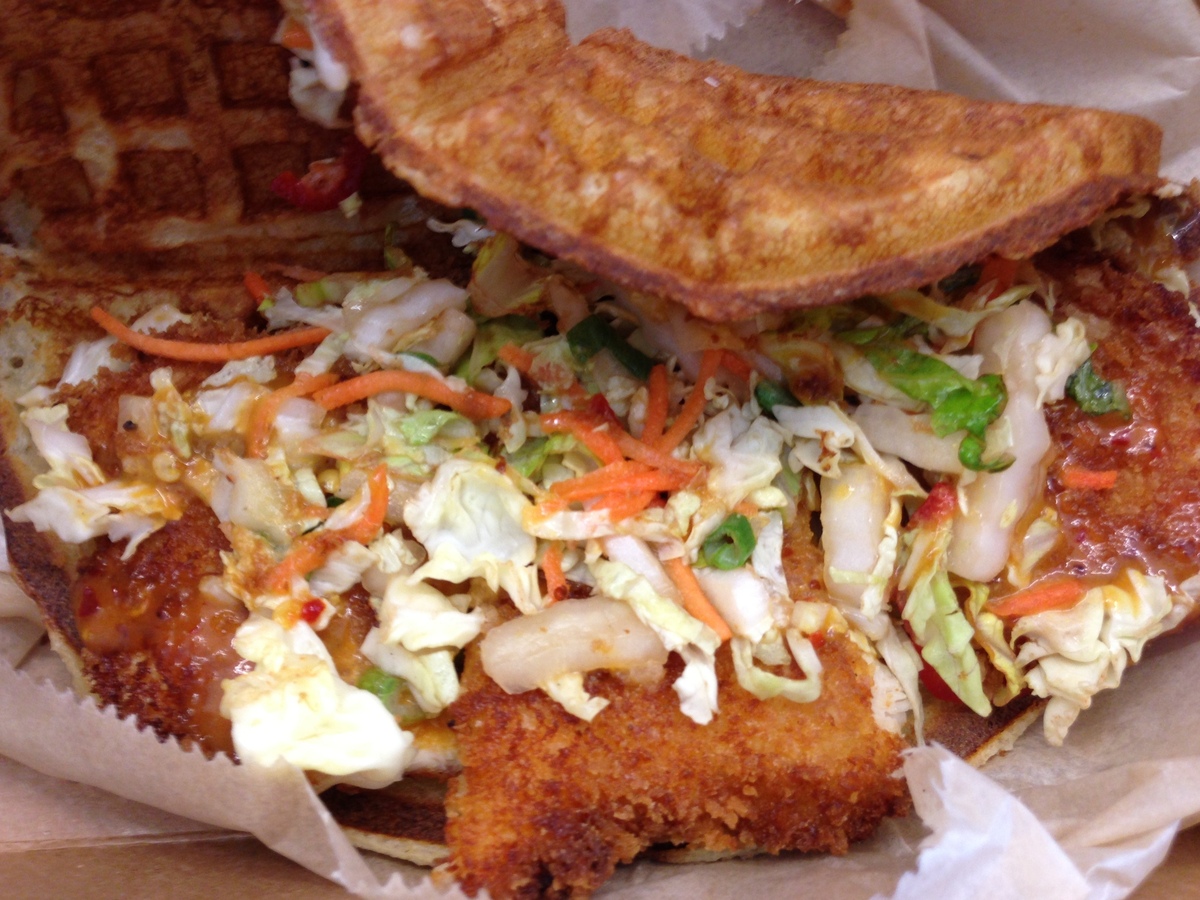 Robert: This is a perfect solution to my problem of not getting my fingers greasy enough during lunch.

Miles: I hope other European countries follow suit. I for one am looking forward to fried chicken on a bed of haggis. 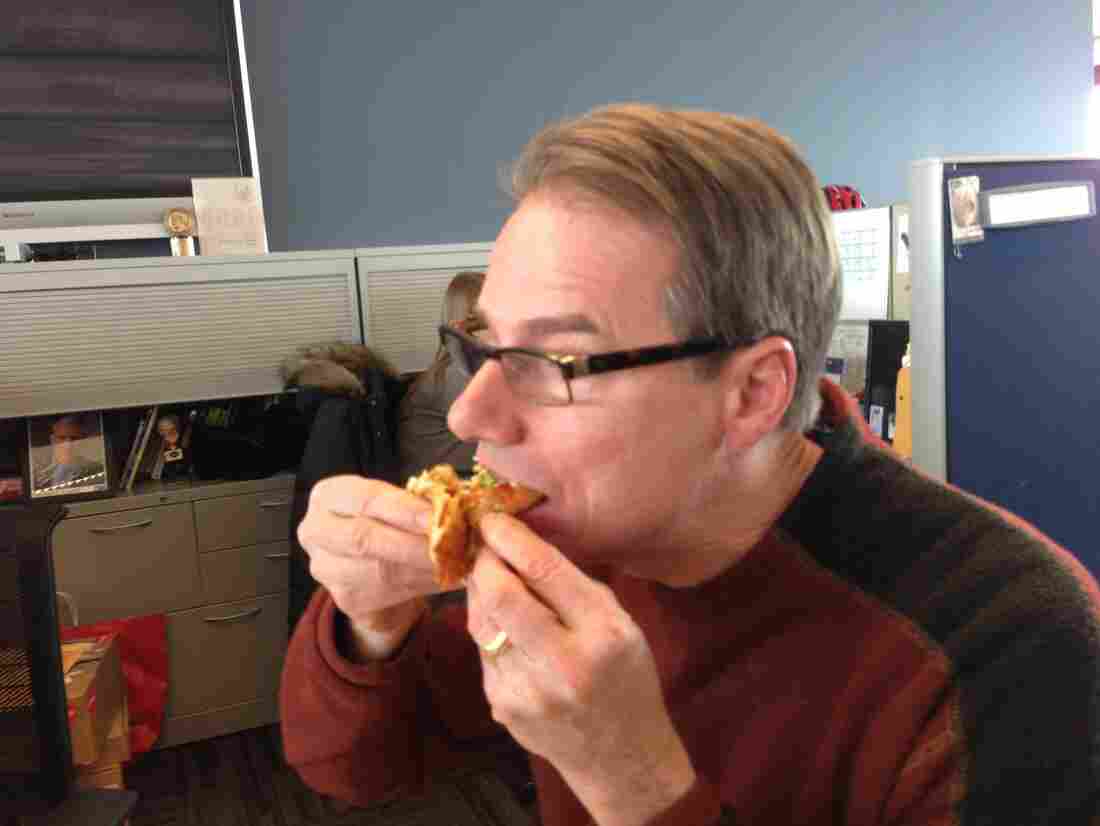 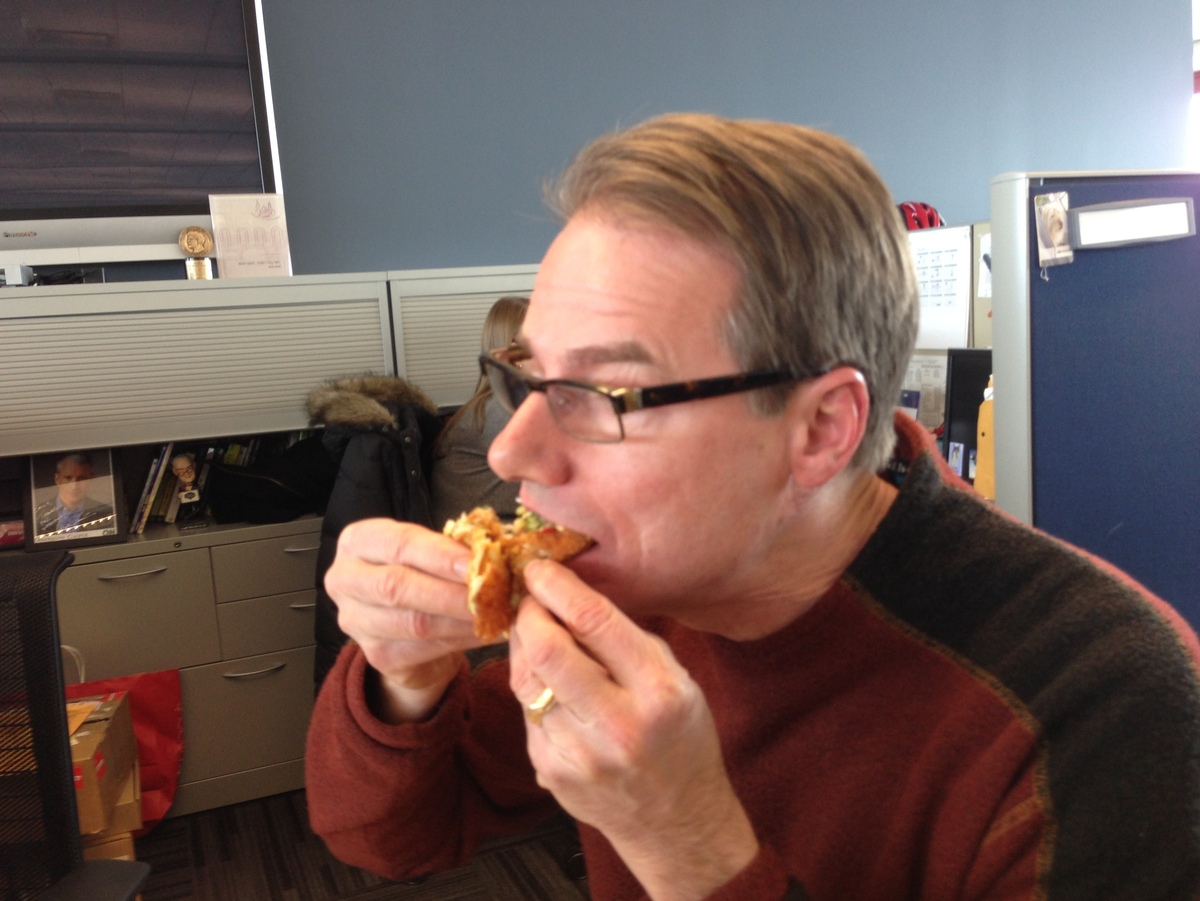 Miles: I'm running through the whole range of emotion here, from "Belgi-Um?" to "Belgi-YUM!"

Miles: I mean, it's good, but the texture of the sauce is a little phlegm-ish.

[The verdict: really quite delicious. Not only is this a well-constructed sandwich, but the laws of physics dictate that it also gets the normally huge chicken and waffles serving down to an almost reasonable size.]

*As The Salt has reported previously, some consider boneless chicken and waffles to be a deal breaker.