Accessibility links
Eating Eyeballs: Taboo, Or Tasty? : The Salt Sit down to eat in Iceland, and you might be served boiled sheep's head, complete with the eye. In some cultures eyeballs are considered a culinary treat, but for most of us they're still in the category of "eww." 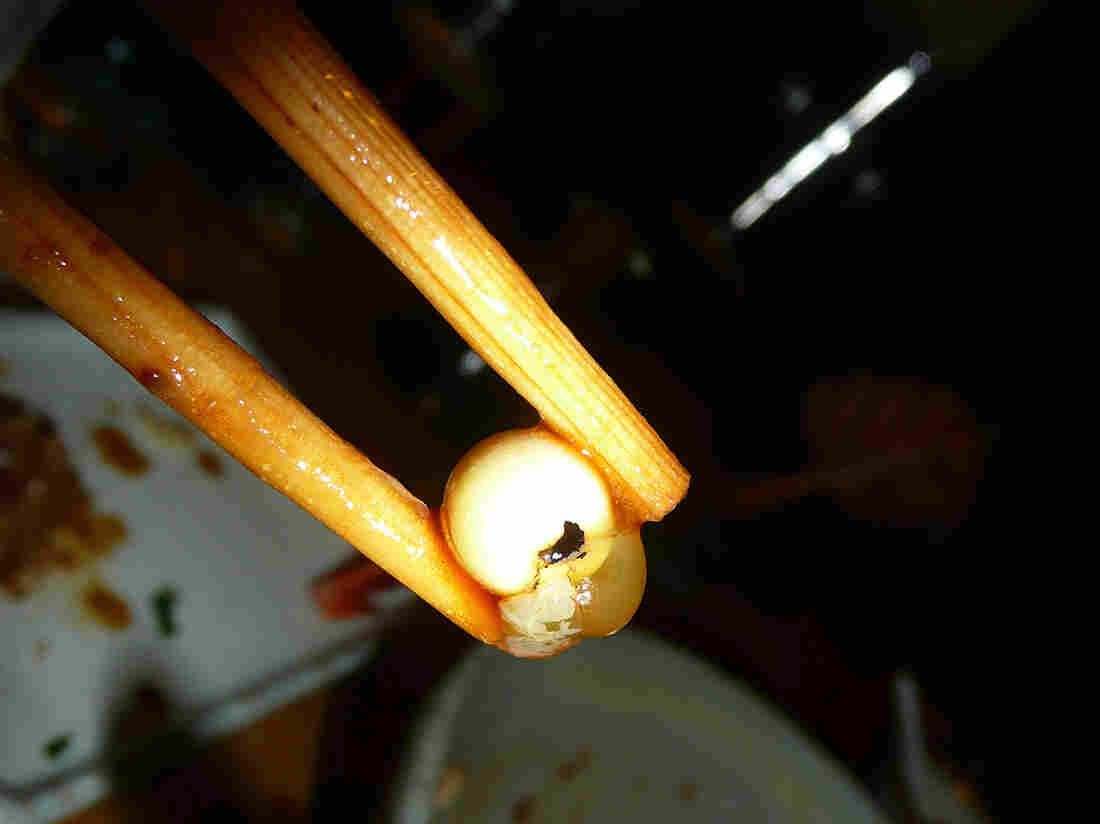 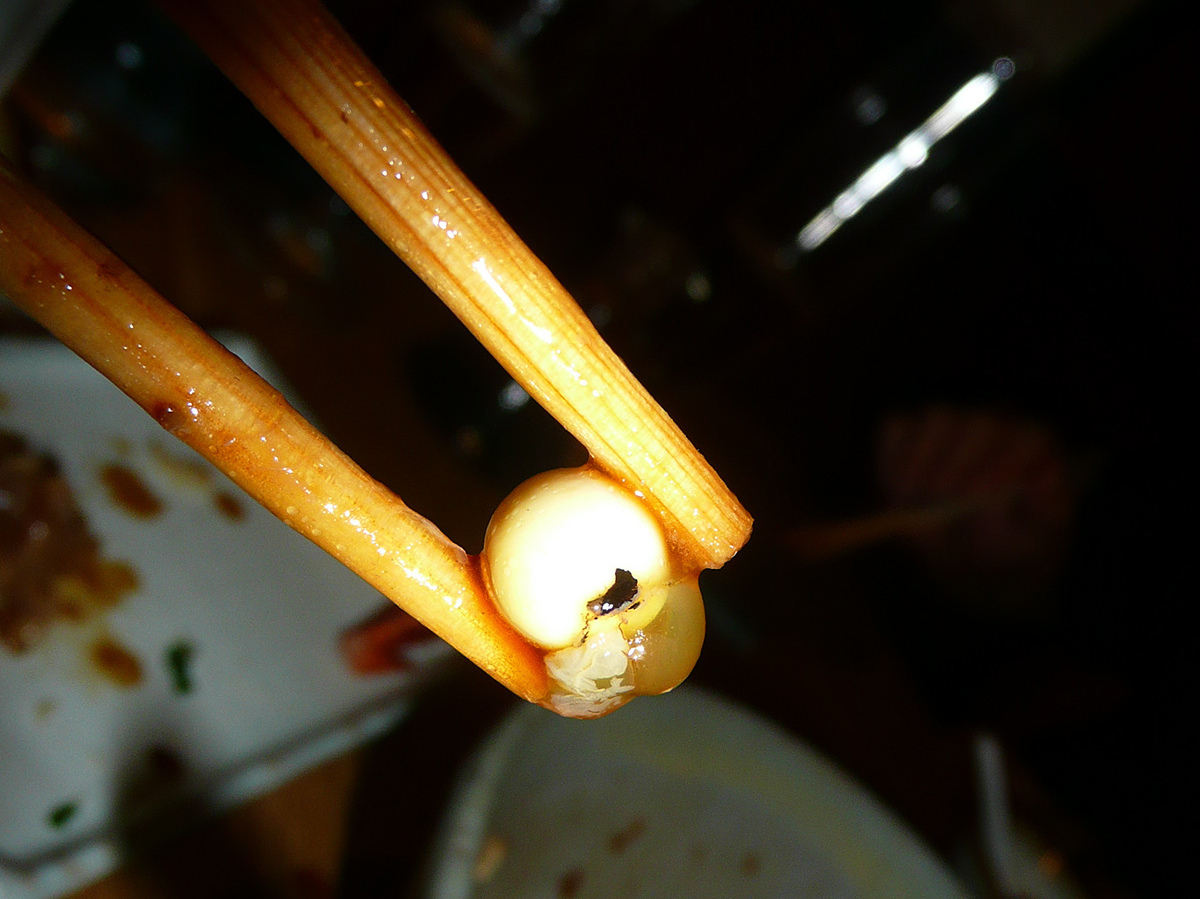 Fish eyeball served at the Sushi Taro restaurant in D.C.

It wasn't the fish heads poking out of the Stargazy Pie that stopped more than a few of our readers cold. It was the eyeballs.

"Not a lot of food nowadays has eyes; what's up with that?" one reader asked in commenting on a recent Salt post that featured a photo of the historic dish, which involves whole fish (eyes and all) poking out of a pie.

Turns out, quite a lot of cuisine features eyeballs. But there's no question that in many cultures, eating eyes is a food taboo.

I first ran afoul of this when I cooked up ukha, a famous Russian fish soup, for a group of friends. The fish heads make for a beautiful clear broth, and my husband, who grew up in Kamchatka, wanted to make sure those big old heads swam in his bowl.

Alas, when the bowls were laid out, the one with fish eyes staring balefully upward landed in front of the most fastidious eater in the room. He has never dined at my house again.

So I called James Serpell, director of the Center for the Interaction of Animals and Society at the University of Pennsylvania, and asked why eyes creep people out.

"Eyes represent faces," he said, "and it's through the face that we learn to recognize and empathize with others. So it's not entirely surprising that we find eyeballs disconcerting." 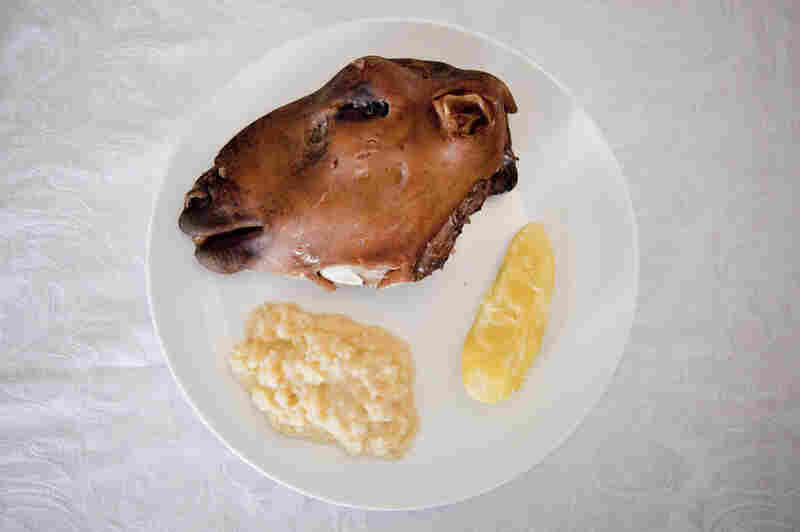 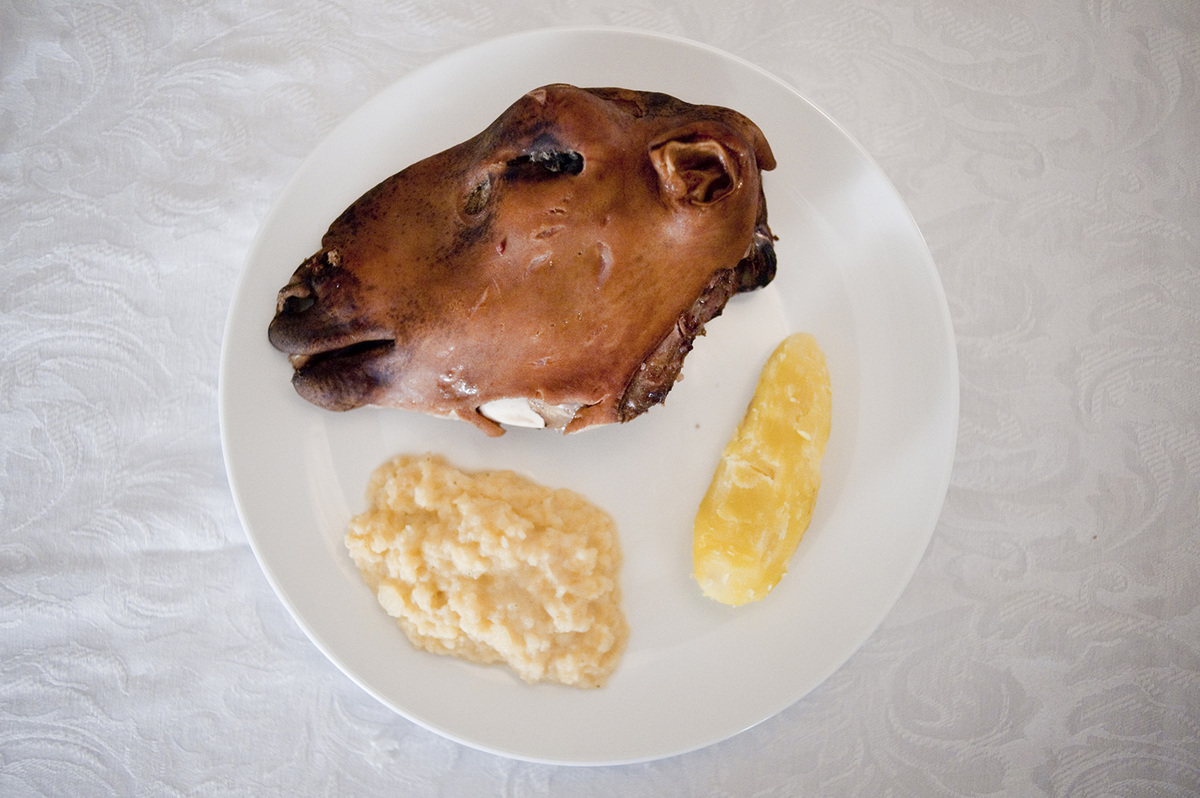 Boiled sheep's head is traditional in Iceland and Norway.

Serpell learned that firsthand when he sat down to eat with a family in Iceland. They served svio, or boiled sheep's head. "You get half a sheep's head on your plate," he told The Salt. "And you eat everything. Ears, eyes, nose — everything."

Everything, including the eyeball. "The consistency is quite offensive," he reports.

But even traditional Icelanders have their food taboos — the sheep head was served without the brain. "When I said, 'Where's the brain?' they looked at me with horror."

When it comes to Americans, "people in our culture are disgusted by eating any non-muscle part of edible animals, says Paul Rozin, a professor of psychology at the University of Pennsylvania who studies human food choice and disgust. "Eyes may be special because it is so clear that they are an animal part, and they have some special significance for many people."

Maybe the eyes of other mammals are just a bit too close to home for most people. Fish eyes seem the most acceptable form of ocular cuisine, my fastidious soup-eating friend excluded. As our well-traveled readers pointed out, small fish are eaten whole in many cultures, from British whitebait to the dried fish snacks ubiquitous at Asian groceries. Elvers, tiny eels that resemble spaghetti, are popular not just in Europe but also in Asia. 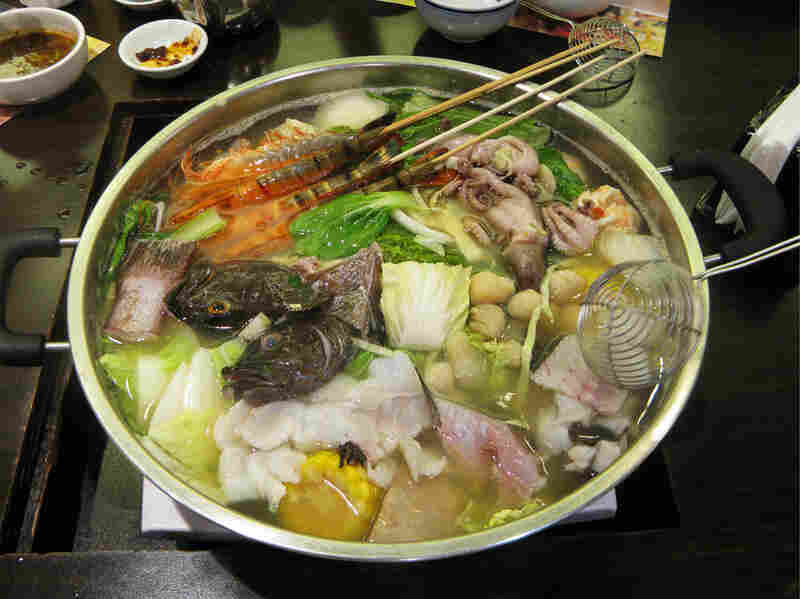 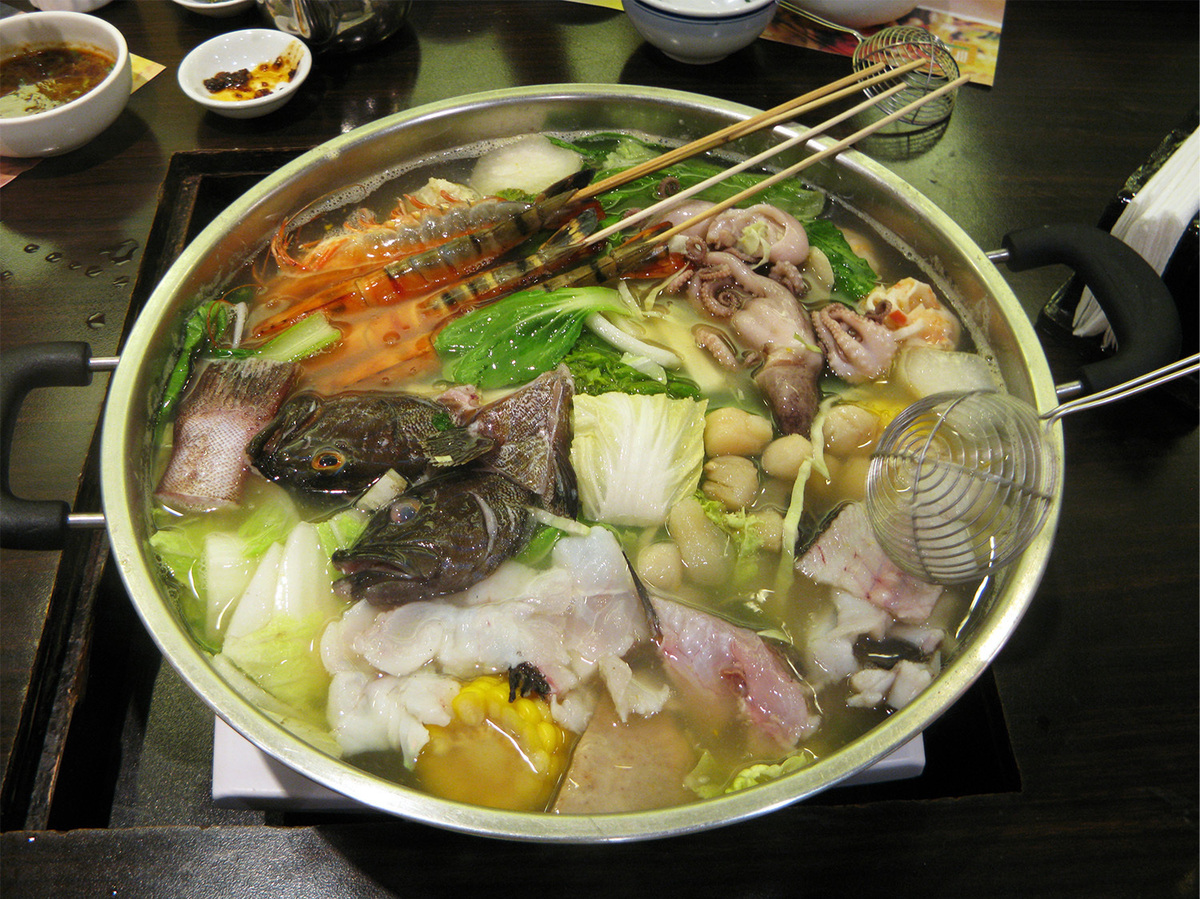 Indeed, Asian cultures probably win the prize for not just tolerating but embracing fish eyes, both raw, as in sushi, and cooked. "I've had the fist-sized eye of a garoupa, steamed and garnished. (Gelatinous.)," one of our intrepid readers commented. "And in Asia fish tend to be cooked with the head on — it's a sign of good fortune when things have a head and a tail!"

Shanghai-born food blogger Chichi Wang relishes fish eyes: "The trick to eating a fish eyeball is to keep it in your mouth for as long as possible," she writes. "A rush of fatty fish flavor is accompanied by a gelatinous, spongy texture. Swallow too quickly and you'll miss the nuances."

When she was little, Wang's mom always saved the fish eyes just for her. So when relatives recently gathered at a Cantonese restaurant, Wang offered her mom the fish eyes as a special treat.

"Take that away," her mom said. "Fish eyeballs are really gross."

Wang then realized that what had seemed to be the selfless act of motherhood had been instead an act of self-protection.

In the past few years, more adventurous Americans seem to be discovering fish eyes (and we're not talking the slang for tapioca pudding). Look on chat boards devoted to the protein-rich paleo diet, and you'll find debates on the nutritional benefits of caribou eyes.

And in Chicago, chef Cary Taylor took on the challenge of making a fish eye dish. After his fishmonger refused to provide pre-gouged eyeballs ("he said there was no way he was going to have his guys in the back cutting out fish eyeballs or they would riot," Taylor told the Chicago Reader), the chef cooked up grouper-head soup. He then squeezed out the eyeball gel (best use gloves, he says) as a flavoring and thickener.

"It didn't seem to be a super distinctive taste to me," Taylor reported, though he did like the soup's nice, fresh seafood taste. He's now contemplating offering a free shot of whiskey to customers willing to suck the eyeballs out of a whole roasted fish.

Would you eat those eyeballs? Have you? Or is that a food that's best left as a taboo? Tell us what you think.