Accessibility links
Nation's Biggest Honey Packer Admits 'Laundering' Chinese Honey : The Salt Two giant honey packers have admitted to buying millions of dollars in mislabeled honey from China. Honey industry insiders have long suspected this misuse, but it's the first time any U.S. packer has admitted to it. 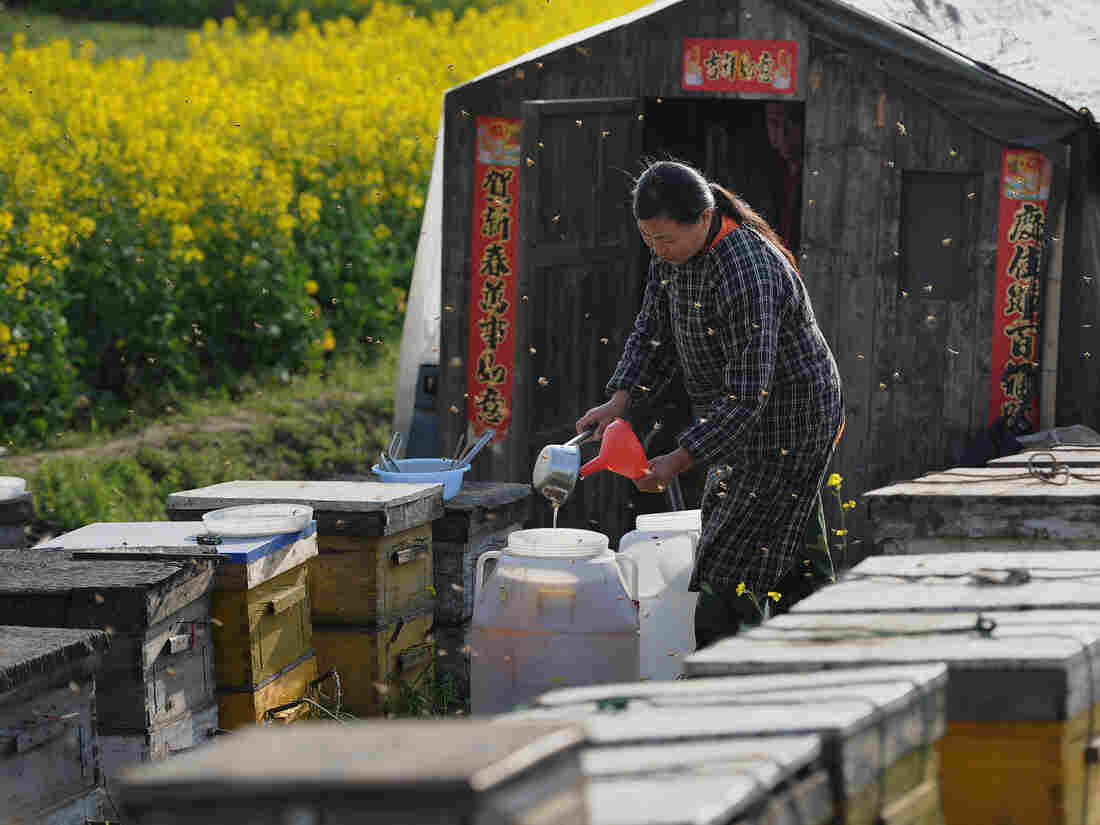 A Chinese farmer tends to bees producing honey to supplement her income at a farm in China's Anhui province. AFP/AFP/Getty Images hide caption 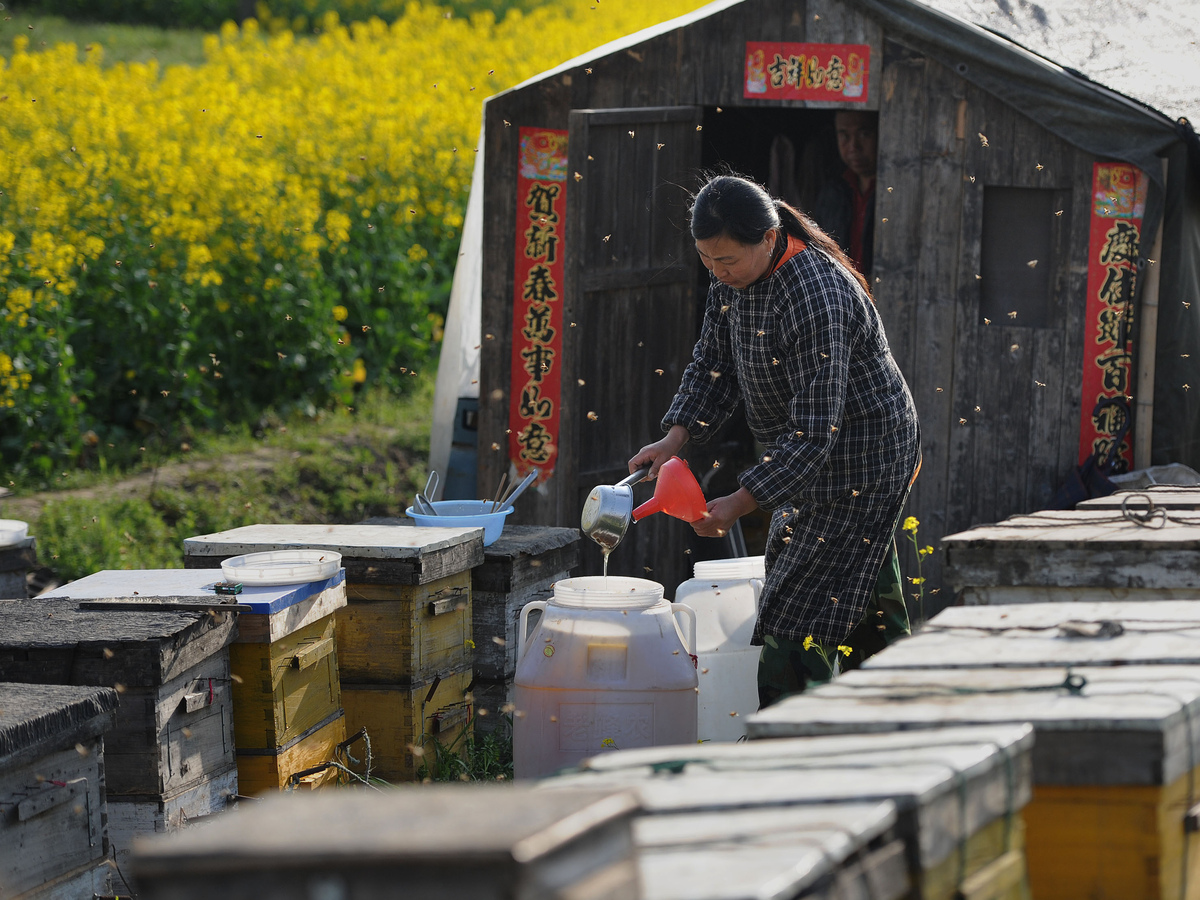 A Chinese farmer tends to bees producing honey to supplement her income at a farm in China's Anhui province.

There was bombshell news from the world of honey two weeks ago, and somehow we missed it. Two big honey packers, including one of the largest in the country — Groeb Farms of Onsted, Mich. — admitted buying millions of dollars worth of honey that was falsely labeled.

The goal of this mislabeling, which has been long suspected in the honey industry, was to acquire cheap honey from China. Chinese honey is subject to steep "anti-dumping" duties that the U.S. imposed back in 2008, after U.S. honey producers complained that Chinese exporters were selling their honey at artificially low prices.

Chinese exporters, however, began sending their honey to middlemen in countries like Indonesia and Vietnam, who then re-labeled it as local product and sent it on to the U.S.

In another tactic, Chinese exporters labeled containers of honey as something else, such as rice syrup.

Both companies face criminal charges, but they've struck a deal to avoid immediate prosecution. The companies are promising to play by the rules and to set up programs to ensure that all the honey they buy in the future comes from legitimate sources. Groeb Farms also replaced its senior management last summer.

"This is a huge deal for the industry. This is the first admission by a U.S. packer, the actual user," that they were knowingly importing mislabeled honey, says Eric Wenger, chairman of True Source Honey, an industry consortium that has set up an auditing and testing system to guarantee the true origin of honey.

True Source Honey was formed in 2010. According to Wenger, True Source-certified honey now accounts for at least a quarter of U.S. honey consumption.

Jill Clark, vice president for sales and marketing at Dutch Gold Honey in Lancaster, Pa., which helped set up the program, wrote in an email to NPR that the recent indictments are "just another reason why we felt it was necessary to verify ethical sourcing of honey."