Accessibility links
Career Suicide Or Lifesaver? Why A Professional Foodie Went Vegetarian : The Salt Washington Post food editor Joe Yonan took a bit of a professional risk this week by publicly declaring his vegetarianism. He's not alone: Many Americans say they've cut back on meat in recent years, and like Yonan, they cite health as a primary concern. 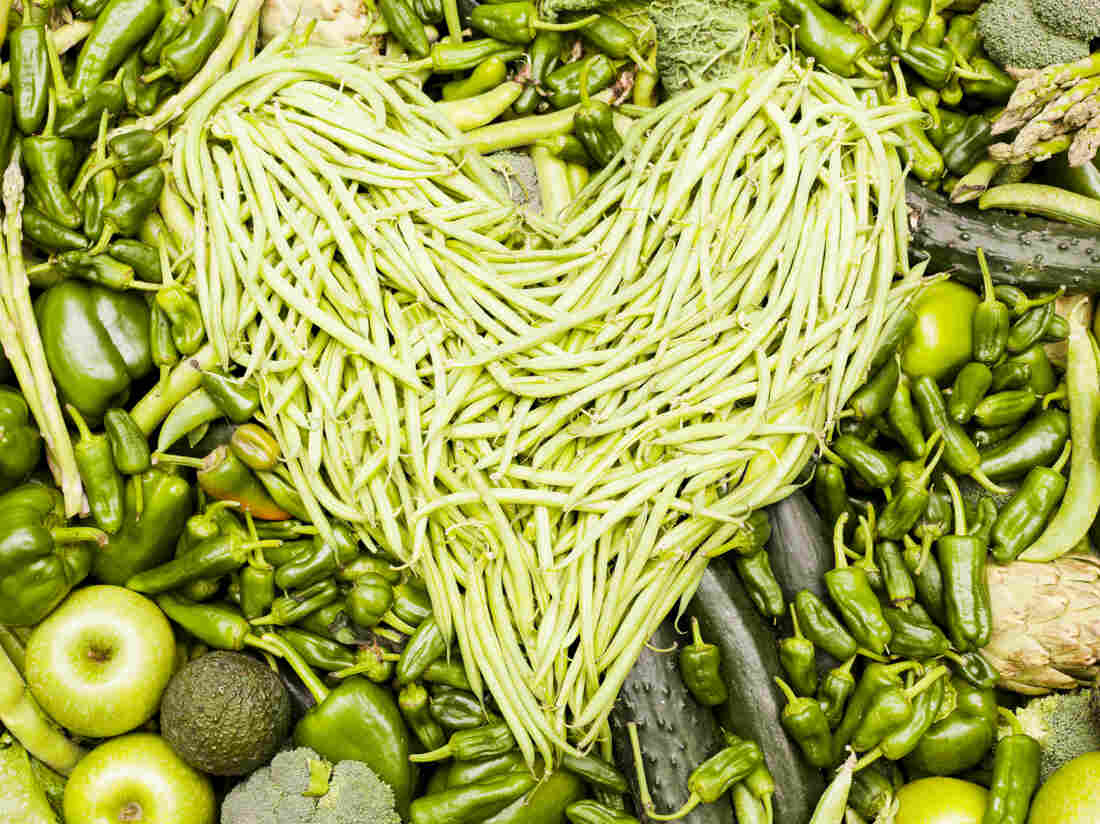 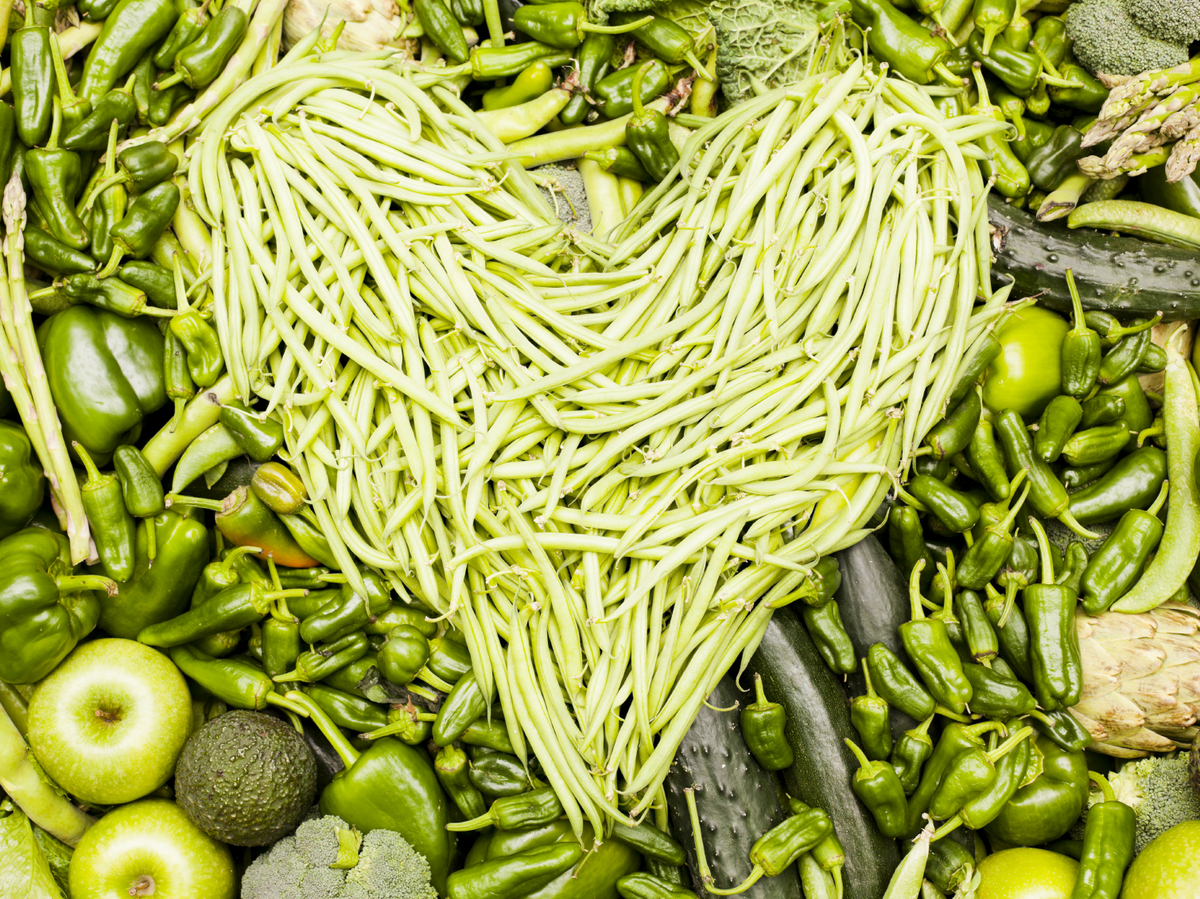 Washington Post food editor Joe Yonan has made the decision to go vegetarian.

It takes an adventurous palate to be a food journalist, who must sample and judge from a wide world of cuisines. So it's understandable why some chefs and foodies might be suspicious of a food editor who decides to cut himself off from a broad swath of eating possibilities by becoming vegetarian.

Indeed, vegetarianism has drawn ire from celebrity chefs like Anthony Bourdain, who called it "a persistent irritant to any chef worth a damn" and "the enemy of everything good and decent in the human spirit." So why did Washington Post food editor Joe Yonan risk such wrath by coming out as a vegetarian this week? 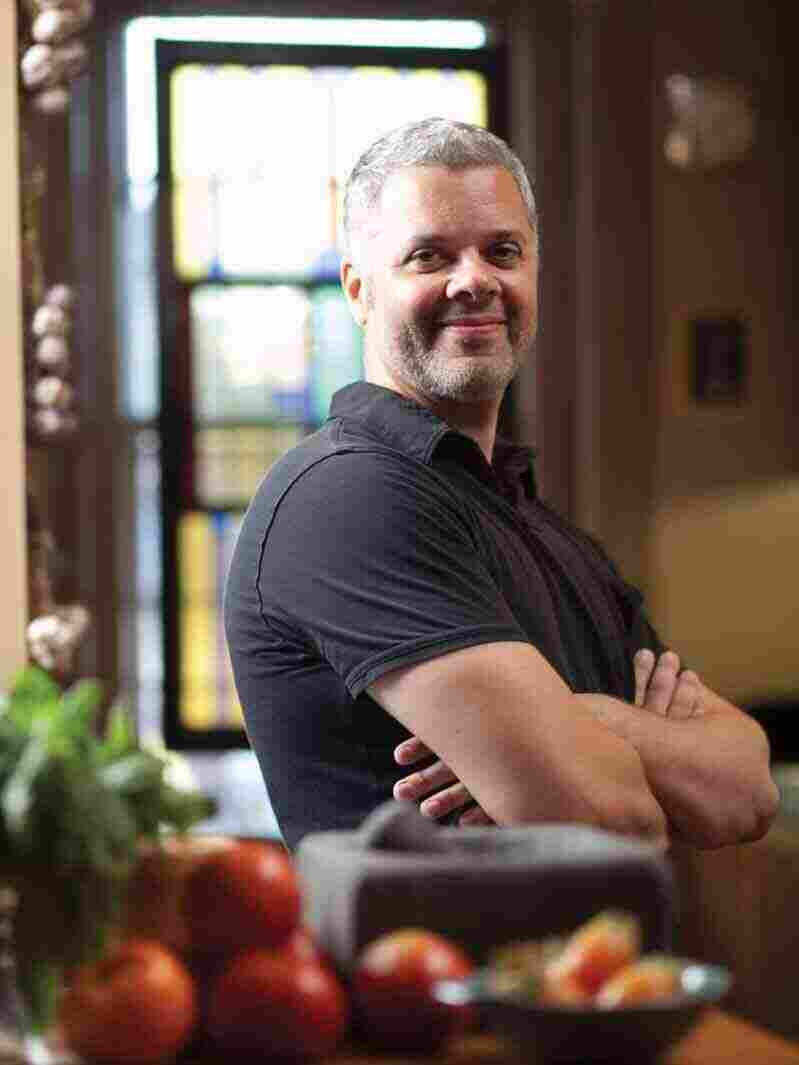 Yonan says he became a vegetarian in part for health reason, but also for environmental ones. Courtesy of Joe Yonan hide caption 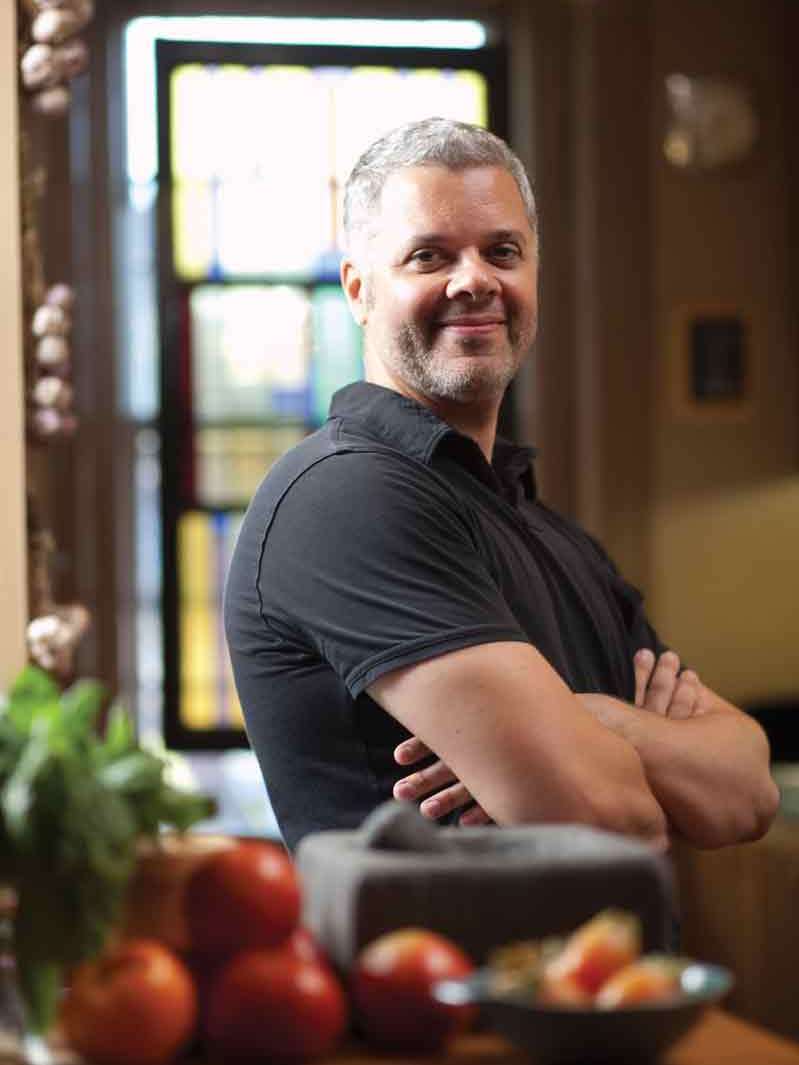 Yonan says he became a vegetarian in part for health reason, but also for environmental ones.

He was eating so many meat-centric meals on the job, he says, that he found himself increasingly abstaining at home.

"It was partly health — probably initially health-driven — and then certainly a sense of environmentalism a bit, too," Yonan says. "But I really didn't set out to tell other people what they should or shouldn't do."

Yonan's not the only food journalist turning more toward vegetables.

A few years ago, New York Times food columnist Mark Bittman started restricting himself to a vegan diet before 6 p.m. The move was prompted by his doctor's warning that he should lose weight and get his cholesterol and blood sugar levels in check "or face dire health consequences." Bittman has since turned that philosophy into a cookbook, VB6, due out next month.

You could see how high cholesterol might be a job hazard for these folks. "The meals that we food people get into can sometimes be way over-the-top of the kinds of things that normal people eat," Yonan says.

But it's not just foodies who are cutting back on meat. In a poll conducted last year with Truven Health Analytics, NPR found that 39 percent of adults surveyed said they eat less meat than they did three years ago. The main reason they cited for the change? Health concerns.

Yonan says that so far, the response to his "coming out" has been positive — except for the vegans who think he hasn't quite gone far enough. He assures readers he's no less prepared to be a food editor because his choice of featured foods won't be affected by his own diet.

Still, we were curious. If you knew that a food editor didn't eat meat, would that alter your assessment of his coverage?