Accessibility links
Sorry, But Bananas Won't Calm Your Caffeine Jitters : The Salt Can eating a banana counter the effects of caffeine? That claim has been circulating around blogs recently. Some baristas swear by it, but we talked to a scientist who explains why it just isn't true. 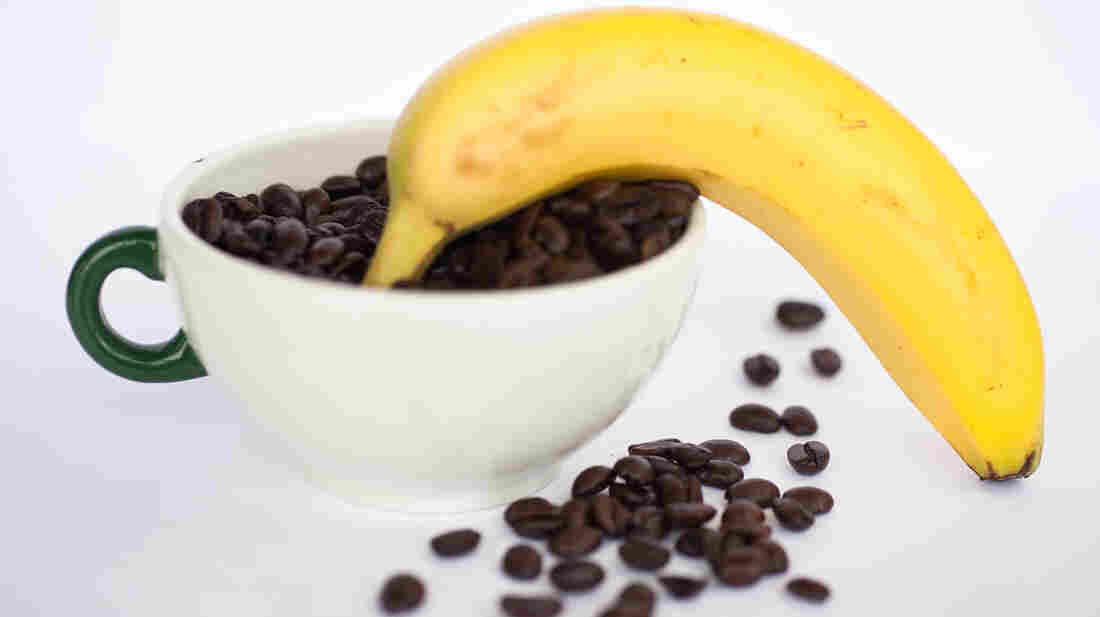 Some baristas swear that bananas can cure your coffee jitters, but the science just doesn't add up. Daniel M.N. Turner/NPR hide caption 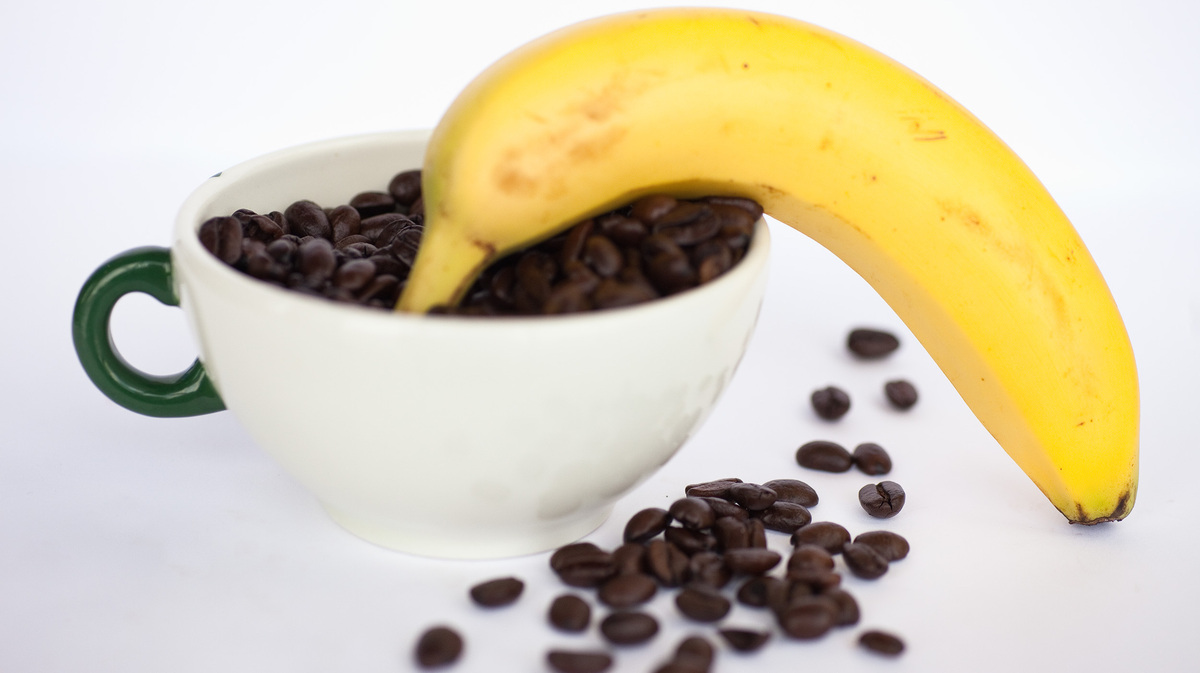 Some baristas swear that bananas can cure your coffee jitters, but the science just doesn't add up.

It happens to the best of us. You drink one too many cups of coffee and, for the next few hours, you end up acting like a hyper preschooler who just can't sit still.

Which can be pretty inconvenient if it's, say, noon and you're at the office, or if it's midnight and you can't fall asleep.

Wouldn't it be nice if there were something quick and easy that you could take to combat the effects of over-caffeination? Something like ... a banana?

Last week, food blog Serious Eats floated the idea that eating a banana might indeed be an effective way to remedy over-caffeination. This, based on advice solicited from baristas like Simon Ouderkirk of SPoT Coffee.

"Folks, science has proven that bananas will stop the jitters and get your eyesight right after too many espressos," he told Serious Eats.

As far as we can tell, the "scientific" argument for why bananas might tame an unwanted caffeine jolt rests on the fact that caffeine is a diuretic. If you consume too much of it, you risk depleting your levels of important electrolytes like potassium. Eating foods rich in potassium, like bananas, can help to counter this effect.

It's a plausible theory, but is it correct?

According to Eichner, drinking a few too many cups of coffee will not have any noticeable effect on potassium levels.

"The only cases of low potassium from caffeine I know of were flukes," he writes in an email to The Salt.

He points to the case of a 44-year-old Australian ostrich farmer who experienced severe muscle weakness after drinking 10 liters of Coca-Cola during a wild and crazy night of kangaroo hunting. Turns out, he'd been following that kind of cola-heavy diet on a daily basis for the previous three years.

But even if you did manage to consume enough caffeine to significantly deplete potassium levels, Eichner adds that eating just one banana wouldn't help you out much.

For example, in order to restore the potassium lost from a severe bout of diarrhea, he says you'd have to eat the equivalent of a 5-foot-long banana.

Sorry, folks, but it looks like bananas aren't a caffeination cure-all after all.

And until the day when mega bananas do become available for purchase, Eichner suggests a more practical, if less whimsical, way to treat over-caffeination: "Just let it wear off."