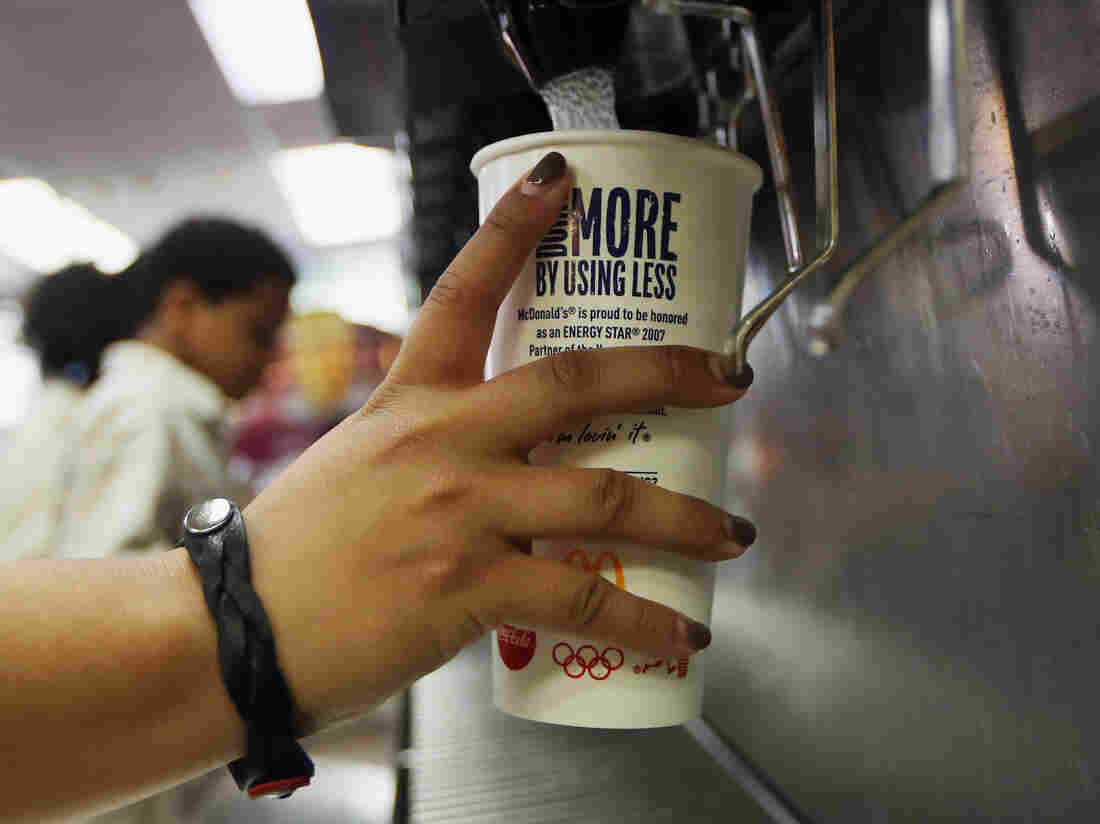 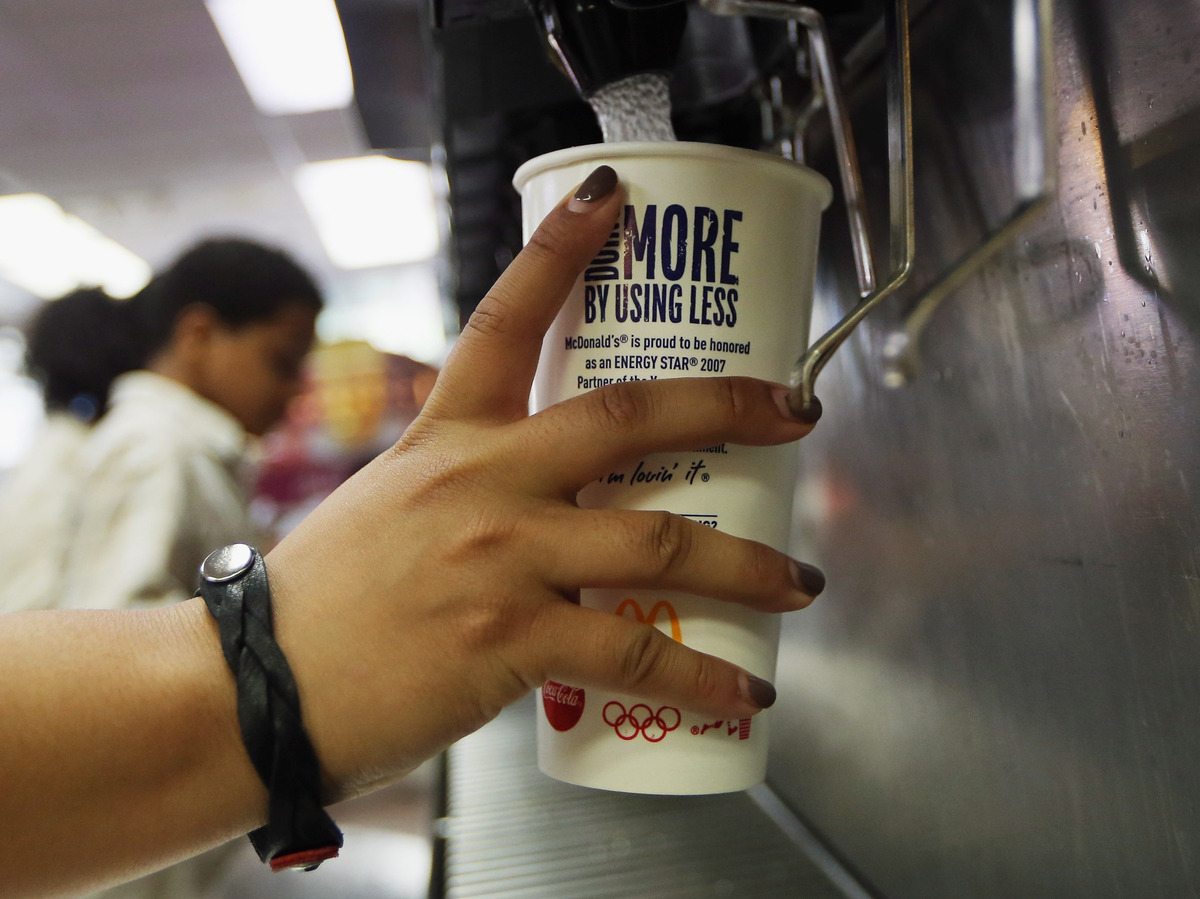 A customer fills a 21-ounce cup with soda at a New York City McDonald's.

A New York state judge has knocked down New York City's landmark new ban on big, sugary drinks, just one day before it was set to take effect.

Calling them "arbitrary and capricious," state Supreme Court Justice Milton Tingling on Monday invalidated regulations that would have banned New York City restaurants, movie theaters and other food service establishments from serving sugary drinks in sizes bigger than 16 ounces. The ban would have covered not just sodas but a wide array of other sugar-sweetened drinks, from smoothies to coffee. (Here's a PDF of the ruling.)

But Tingling found that the board of health had overstepped the authority it was granted to fulfill its mission: protecting against and preventing diseases. That authority, the judge said, does not include the power to "limit or ban a legal item under the guise of 'controlling chronic disease.' "

What's more, Tingling noted, the regulations wouldn't have applied equally across eating establishments. For example, sugary milk products would have been exempt, as would 7-Eleven and other convenience stores, and supermarkets.

Those gaps in the law would have seriously limited its effectiveness, says David Just of Cornell University's Center for Behavioral Economics in Child Nutrition Programs. He says the ban would not likely have made much of an impact on overall calorie intake.

"The overwhelming majority of soda is bought in grocery stores," he told The Salt earlier Monday. He says the ban would have targeted the occasional consumer rather than the regular consumer.

And some advocates of tougher policies say the judge's ruling opens the door to new strategies — such as, perhaps, a sugar-sweetened beverage tax.

"The biggest problem with this measure was that it could have jeopardized the ability to introduce more comprehensive — and potentially more effective — obesity prevention policies," Gary Bennett, an expert on obesity, weight loss and physical activity at Duke University, said in a statement.

Industry groups that sued to have the ban overturned expressed relief.

"The court ruling provides a sigh of relief to New Yorkers and thousands of small businesses in New York City that would have been harmed by this arbitrary and unpopular ban," a spokesperson for the American Beverage Association tells The Salt in an email.

"With this ruling behind us, we look forward to collaborating with city leaders on solutions that will have a meaningful and lasting impact on the people of New York City."

City officials say they plan to appeal the ruling, as our colleagues at WNYC report.

"This measure is part of the city's multipronged effort to combat the growing obesity epidemic," Michael Cardozo, corporate counsel for the city's law department, said in a statement. "We believe the Board of Health has the legal authority — and responsibility — to tackle its leading causes."

Meanwhile, in Mississippi, lawmakers are taking things one step further than Judge Tingling did in New York. A bill on the governor's desk would keep counties and towns from enacting rules governing the size of big sodas and other restrictions on food makers.

The bill — nicknamed the "Anti-Bloomberg Bill" — is popular with state lawmakers, despite the fact that one out of every three Mississippians is obese.