Accessibility links
Can Dunkin' Donuts Really Turn Its Palm Oil Green? : The Salt Under pressure from the New York state comptroller — who oversees one of its largest shareholders — the doughnut chain has agreed to set a goal of using only 100 percent sustainable palm oil to make its doughnuts. Production of palm oil has caused serious deforestation in Indonesia. 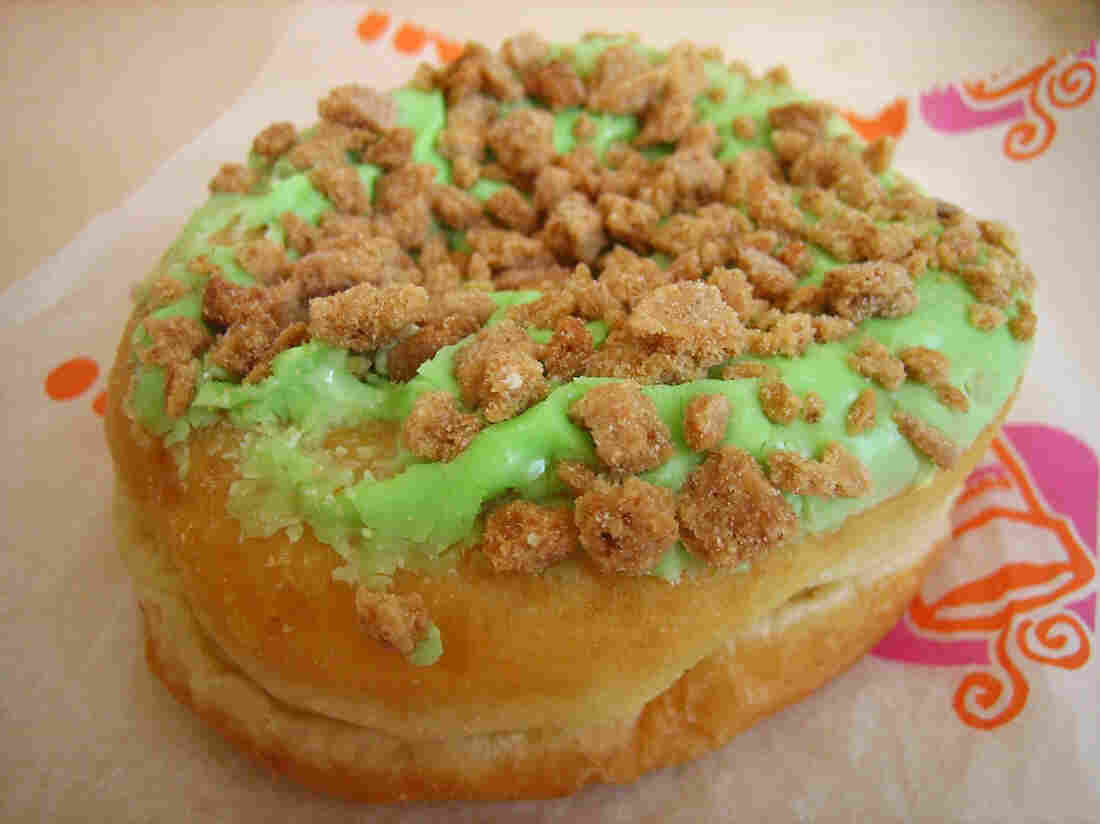 Dunkin' Donuts plans to go green by committing to purchasing all of its palm oil from sustainable sources. Andrew Huff/via Flickr hide caption 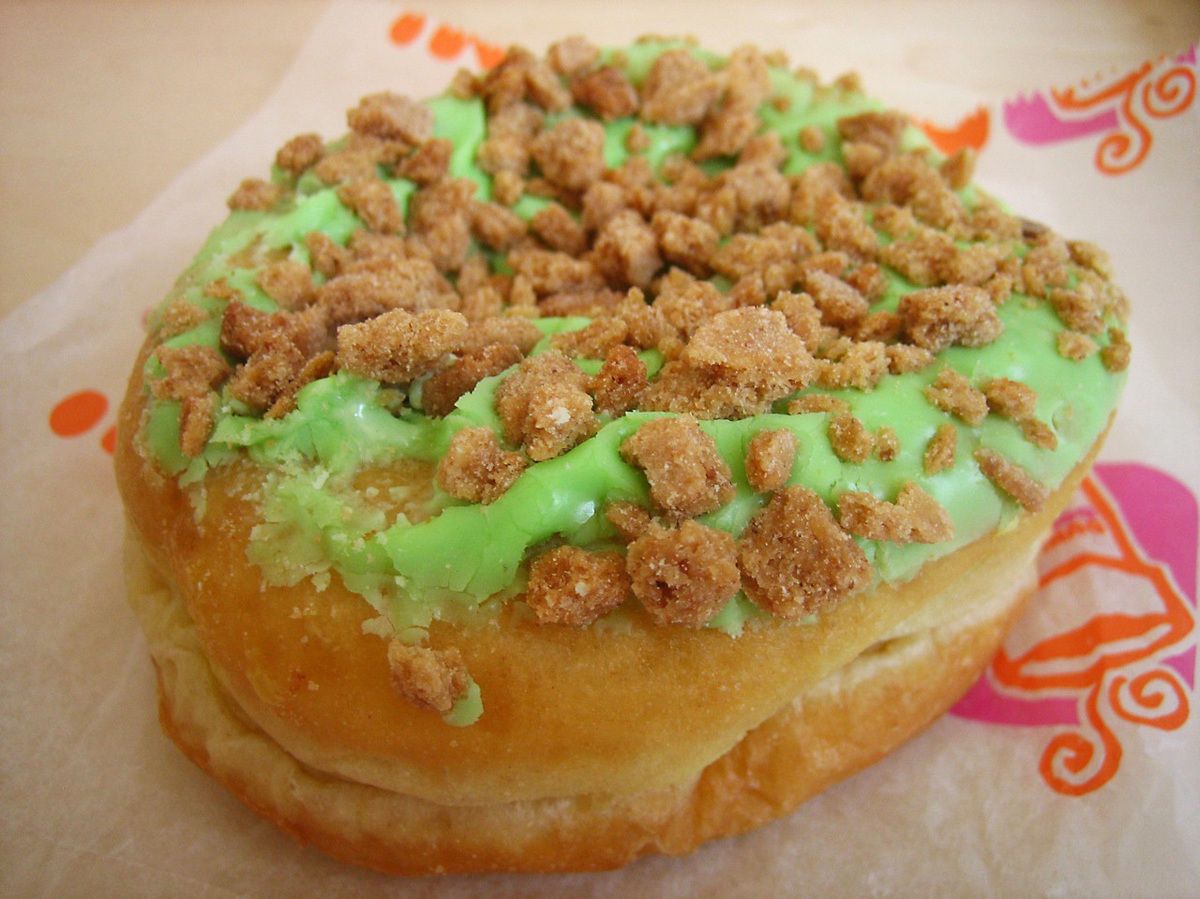 Dunkin' Donuts plans to go green by committing to purchasing all of its palm oil from sustainable sources.

Dunkin' Donuts is changing its recipes — though you may not notice much difference the next time you bite into a cruller. In response to pressure from one of New York's top elected officials, the company recently announced that it will set a goal of using only 100 percent sustainable palm oil in making its donuts.

The change is the result of a campaign by New York State Comptroller Thomas DiNapoli, who oversees the state's public pension fund. He's also a critic of palm oil, which is often used for frying donuts. It's harvested mainly in Asia, and its production has caused serious deforestation in Malaysia and especially in Indonesia, as tropical forests are chopped down to make room for oil palm plantations.

"The destruction of those rainforests in that area is going to have an impact on the climate issue," DiNapoli says.

Cutting down trees displaces wildlife, and it also releases the carbon stored in trunks and soils — a problem made worse in Indonesia and Malaysia, where plantations are often set up on carbon-rich peatland. Over time, the carbon in that exposed peat escapes into the atmosphere. All of that has sent greenhouse gas emissions soaring in Indonesia, the world's leading supplier of palm oil. 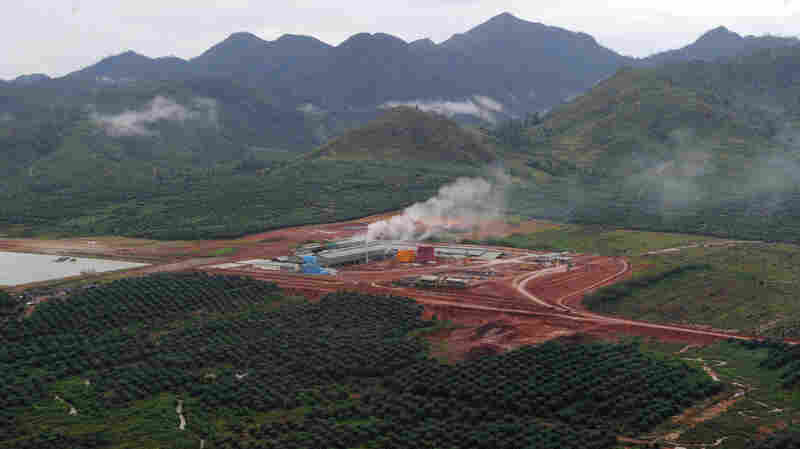 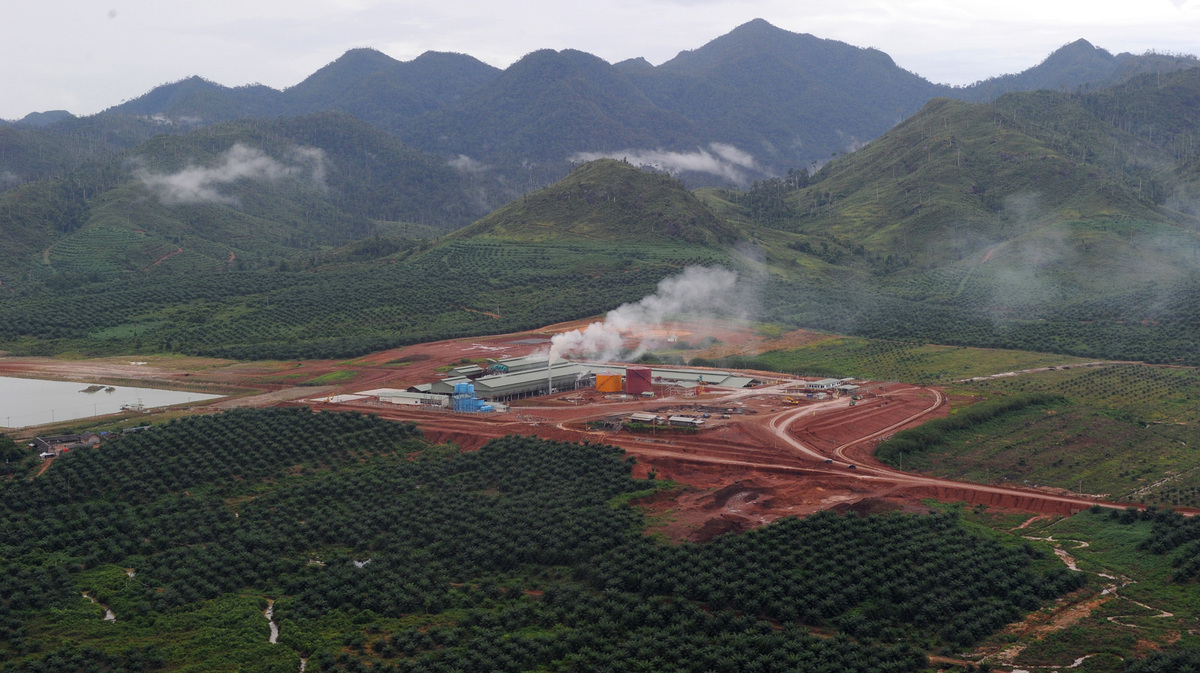 This palm oil mill uses energy produced by palm oil waste. It sits in one of the concession areas run by palm oil giant PT SMART (Sinar Mas Agro Resources and Technology) in Indonesia's West Kalimantan province, on the island of Borneo.

Unlike his fellow doughnut eaters, DiNapoli was actually in a position to do something about all of this. As state comptroller, he's the sole trustee of the Common Retirement Fund, the third biggest pension fund in the nation, which holds more than 50,000 shares of Dunkin' Donuts company stock. So DiNapoli offered a shareholder resolution spelling out his concern, and Dunkin' pledged to go sustainable.

Laurel Sutherlin of the Rainforest Action Network applauds the move. But as she notes, it remains to be seen just how Dunkin' Donuts will fulfill its pledge to go green.

In the years ahead, Dunkin' will have to show it's not contributing to the destruction of rainforest. Sutherlin says many more companies ought to follow Dunkin's lead.

"In a grocery store that you walk into in the United States or Europe today," she says, "over half of the packaged goods contain palm oil. So it's used for everything from cookies to laundry detergents."

But why has demand for palm oil surged? It's not particularly delicious — in fact, palm oil doesn't have much flavor at all, according to Marion Nestle, a professor of nutrition at New York University. What it does have is a soft yet thick texture.

"So it's very useful for products like Oreo cookies that have a filling," says Nestle, "so that you can put this oil in the filling and it stays solid at room temperature and doesn't run."

"It's quite ironic," says Nestle.

Or maybe it's just the law of unintended consequences. One reason for the palm oil boom and the felling of ancient rainforests could be a mayor who only wanted to make his city healthier.