Accessibility links
How To Find A Food Desert Near You : The Salt A new clickable atlas shows just how far it is to the grocery store, everywhere in the United States. "Food deserts" are the focus of state, local and federal anti-obesity efforts. 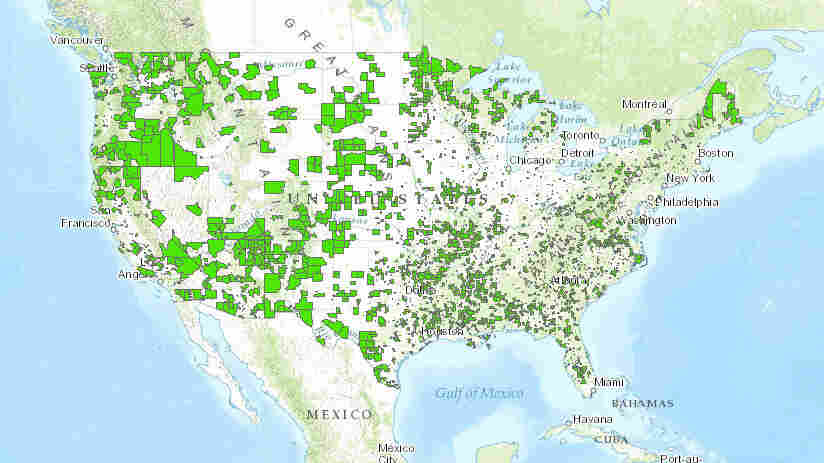 Want to know where you can't buy fresh, healthful food? The USDA has the map for you.

The feds' new Food Access Research Atlas lets you find out just where it's difficult to buy broccoli or bananas in counties across the U.S. Forget walking to the store in St. Louis, Minn., where most people live more than a mile from a grocery store. Ditto for Hyde, N.C., and Pushmataha, Okla.

The atlas, which is a big upgrade from the USDA's 2-year-old Food Desert Locator, is intended as a tool for state policymakers, local planners and nonprofit groups concerned about food access.

"People can get a more detailed picture of exactly what challenges they encounter in getting to the grocery store," says Paula Dutko, an economist for the USDA Economic Research Service who helped craft the atlas.

Detailed, indeed. A few clicks and you're deep into individual neighborhoods, showing what percentage of people aren't within walking distance of a supermarket.

Thus I learned that an area just north of NPR's new headquarters on North Capitol Street Northeast "has a relatively high number of households (656 of 1,802 total households (36%)) without vehicles that are more than one-half mile from a supermarket." 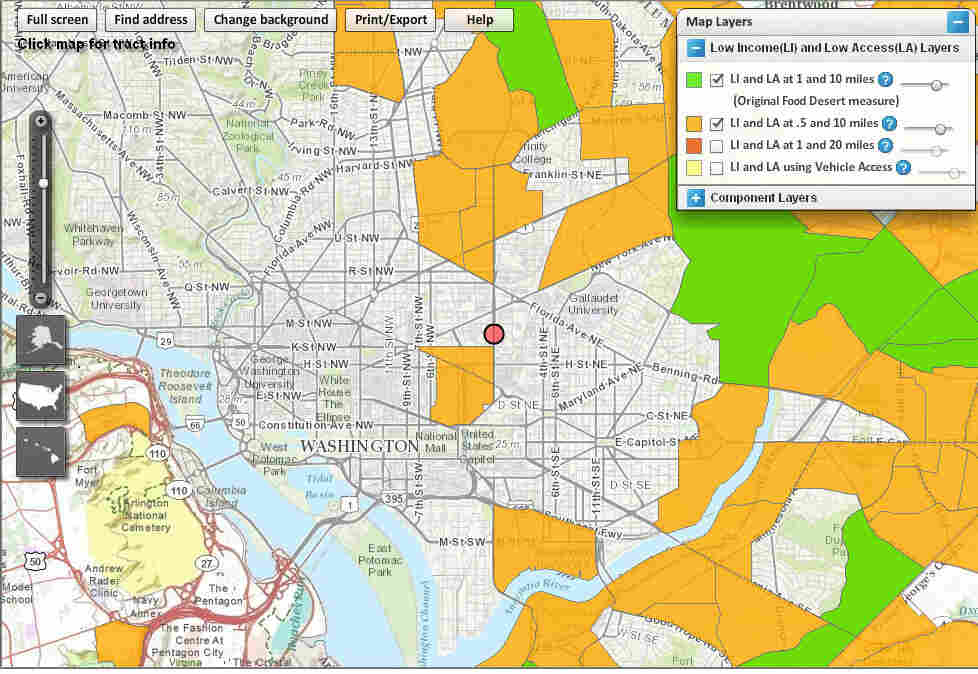 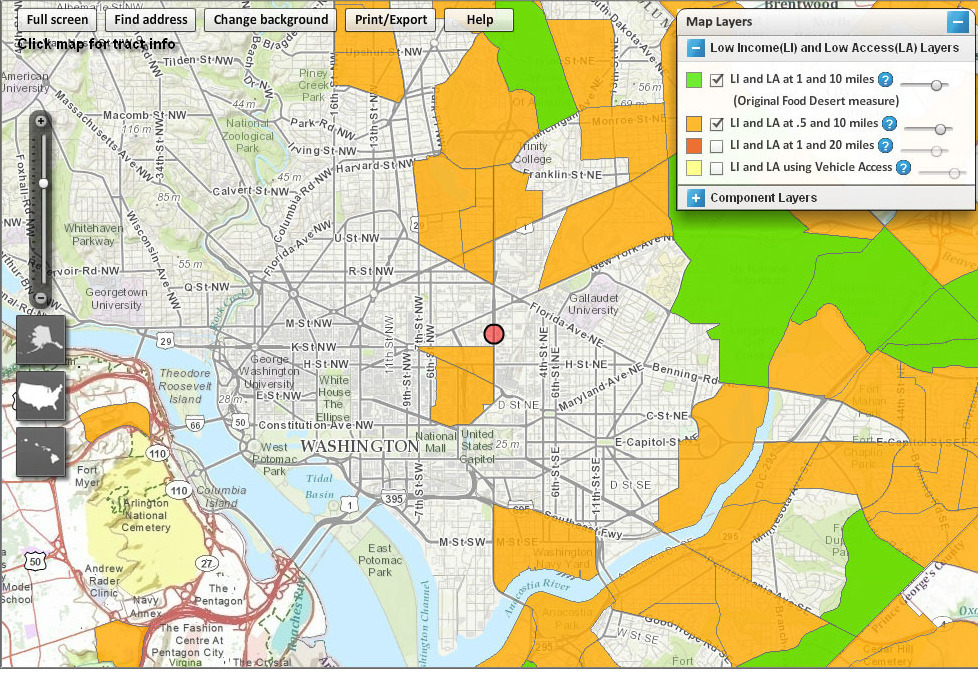 Dutko and her crew added data on whether households have vehicles, because that can make a huge difference in grocery shopping. And they added more choices for distance from a store, including 20 miles for rural areas, instead of just 10.

Access by bus or train isn't on the map, Dutko says, because there are no national data. "It would be so great if we could look at public transportation availability throughout the United States," she told The Salt.

Food deserts have been a hot target of healthy-eating efforts, including Michelle Obama's Let's Move campaign.

But as programs zero in on improving access, they're finding that bringing in farmers markets and grocery stores doesn't necessarily mean that people start eating better.

So as our colleague Dan Charles has reported, efforts are now also working on lowering costs, consumer education and marketing.