Accessibility links
The Bloomberg : The Salt This week, New York City's so-called soda ban was supposed to begin: You wouldn't be able to find a sugary drink over 16 ounces anywhere. But a judge invalidated the ban before it took effect, and to celebrate, The Sandwich Monday guys have created a new drink: The Bloomberg.

As you probably know, New York City Mayor Michael Bloomberg's ban on Big Sugary Drinks Over 16 Ounces was supposed to go into effect this week. But a judge invalidated the ban on Monday, a move applauded by restaurant owners, theater owners, and anyone who likes nothing more on a hot summer day than a refreshing bathtub full of ice-cold Coca-Cola.

To celebrate our right to Life, Liberty and the Pursuit of Diabetes, we've created the sugariest drink in the world. We call it "The Bloomberg." 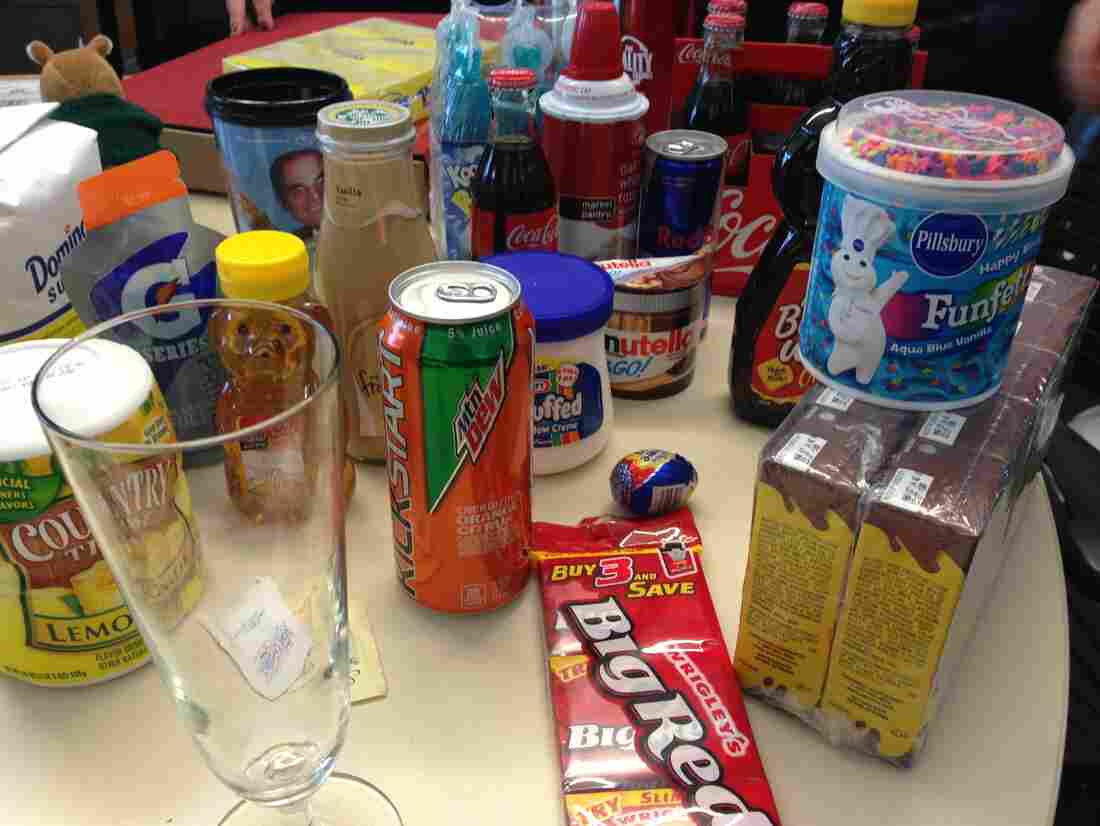 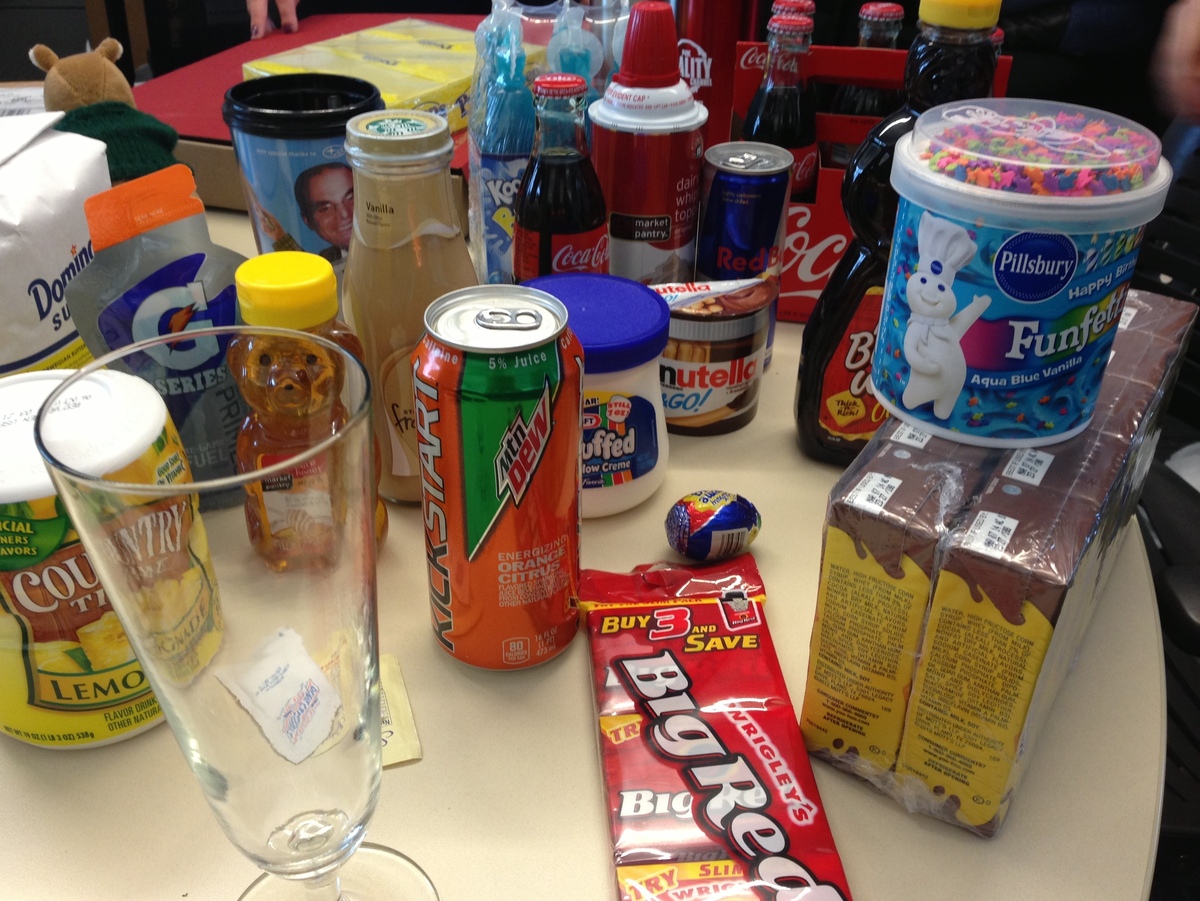 1 part Hummingbird Food (We actually couldn't find any, due to supply chain issues and a Divine Force protecting us.)

Serve in a glass with a sugar rim. Garnish with whipped cream, a stick of Big Red gum and a Marshmallow Peep. Be careful not to cry directly into the glass, as the salt of your tears will ruin the taste.

As you add the ingredients one by one, you'll notice the colors are constantly changing, like a sunset. 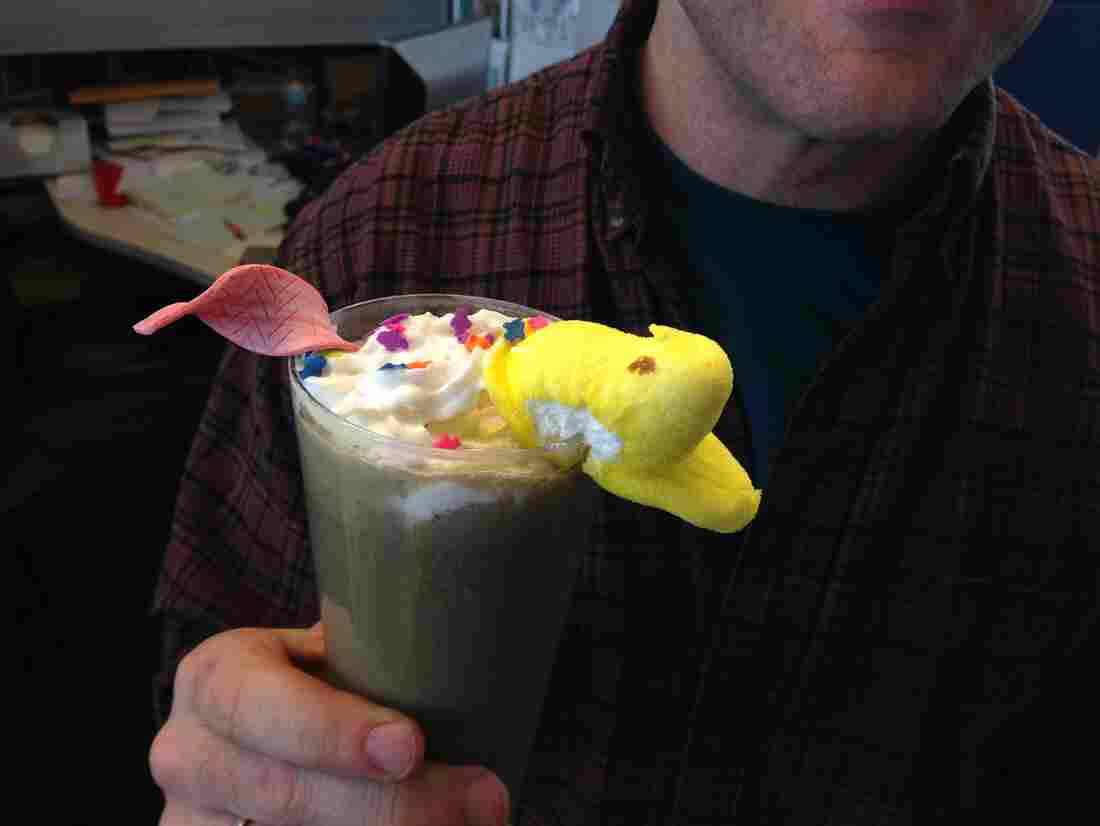 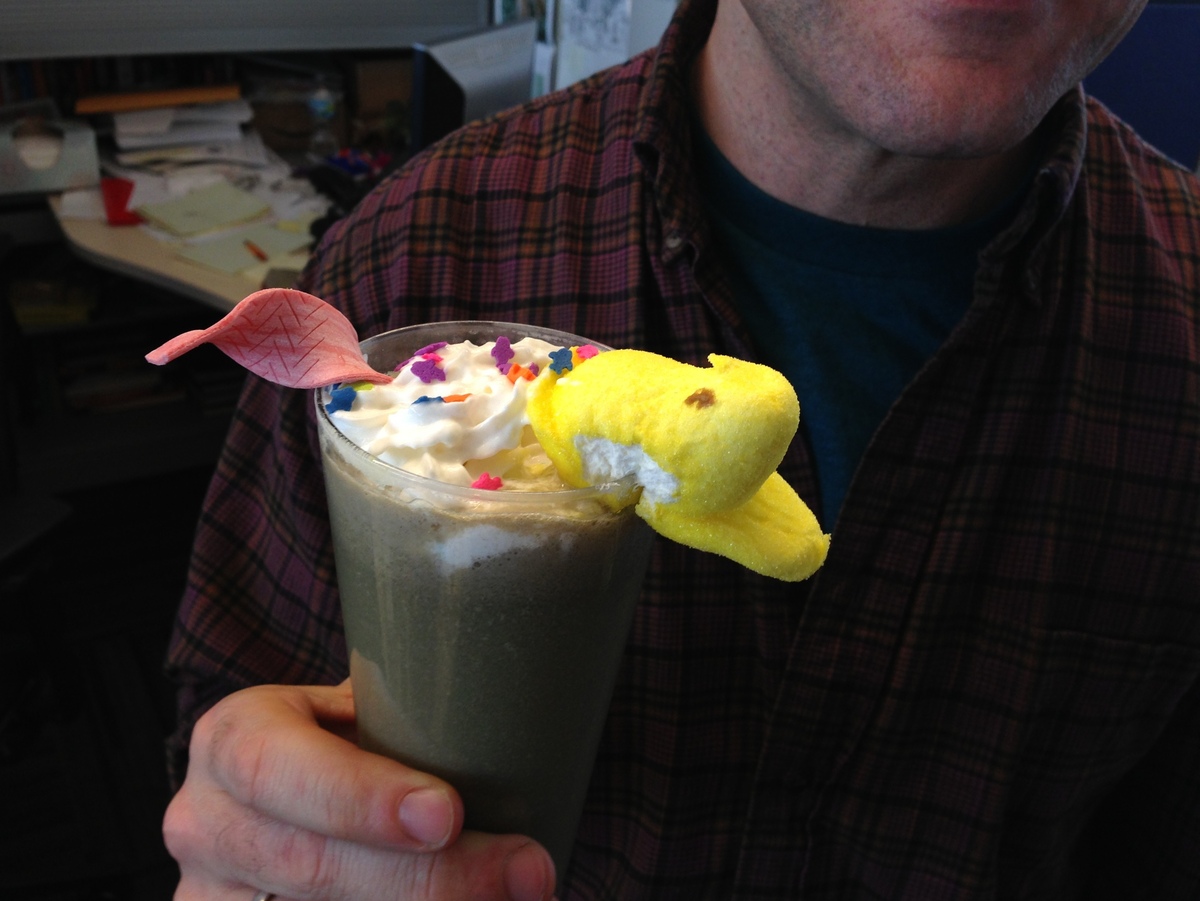 Miles: I imagine this is what Wilford Brimley's blood tastes like.

Eva: This is what Don Draper drinks in "Mad Men Babies."

Blythe: This aggravates my meth mouth. 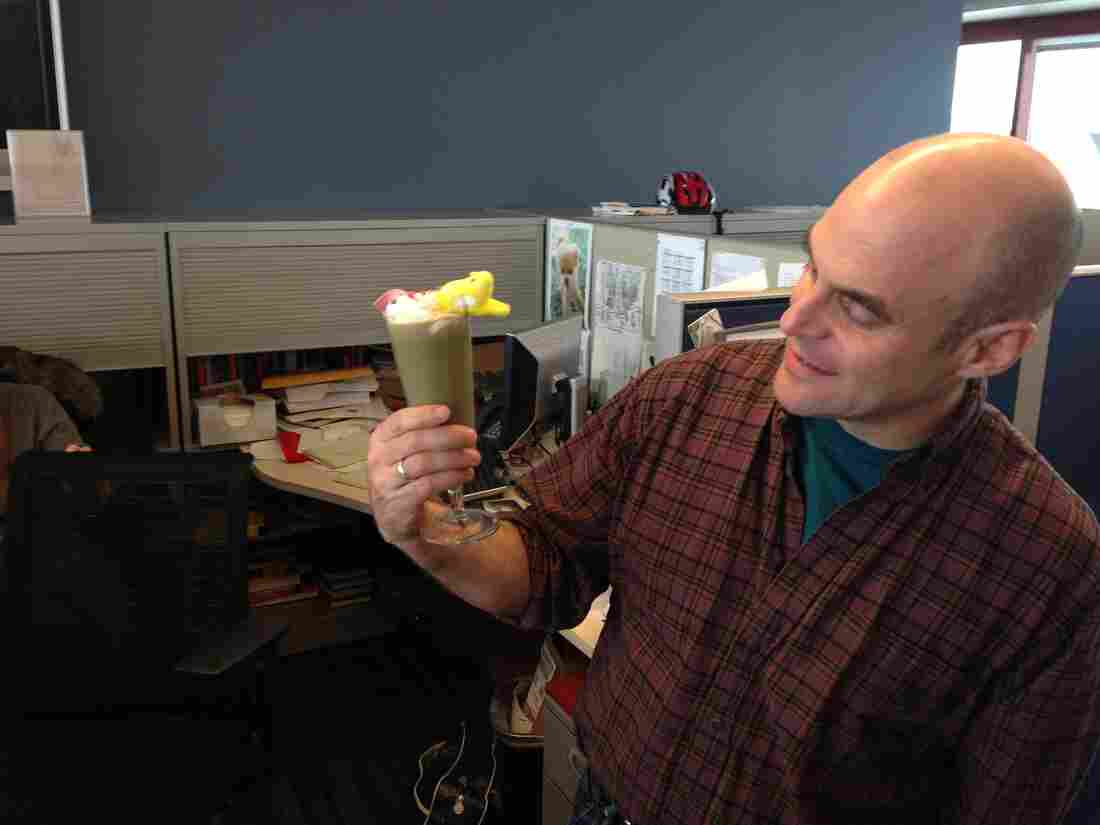 Peter attempts to reason with The Bloomberg. NPR hide caption 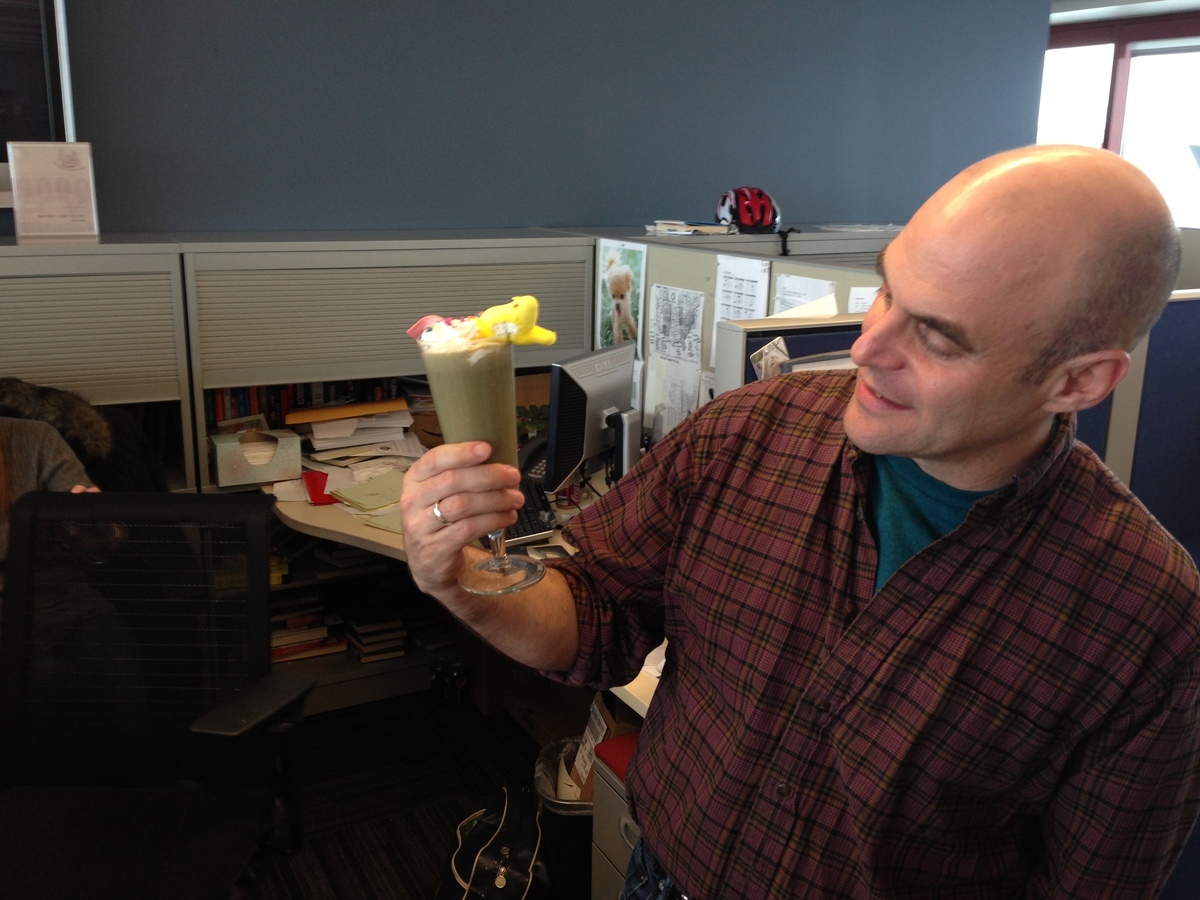 Peter attempts to reason with The Bloomberg.

Blythe notes that The Bloomberg has a distinct Flintstones Vitamins undertone, and it's true. Mike pointed out that it tastes like the Jolly Rancher he found on the floor of his minivan, which until The Bloomberg had been the worst dietary decision he'd ever made.

Blythe: If all the fountain sodas together make a "suicide," this is an "end of days."

Mike: On the plus side, I don't have to floss anymore.

Peter: When you kill Tinkerbell, this is what leaks onto the floor.

Ian: It tastes like somebody tried to figure out how many licks it took to get to the center of a Tootsie Roll Pop, and then you had to drink their saliva.

Sandwich Monday is a satirical feature from the humorists at Wait Wait ... Don't Tell Me! Yeah, we know it's Thursday.