Accessibility links
A Daily Habit Of Green Tea Or Coffee Cuts Stroke Risk : The Salt Drinking four cups of green tea or one cup of coffee per day were each associated with about a 20 percent lower risk of stroke. That's according to a study of more than 82,000 men and women in Japan. 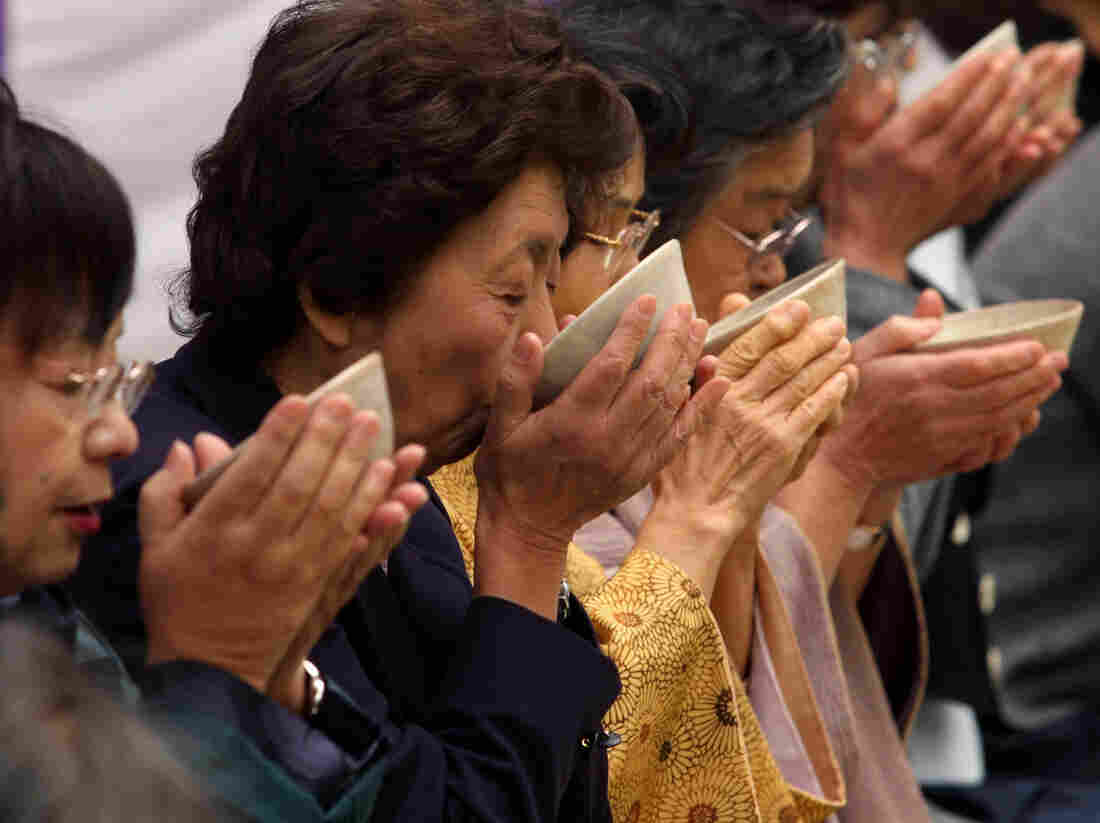 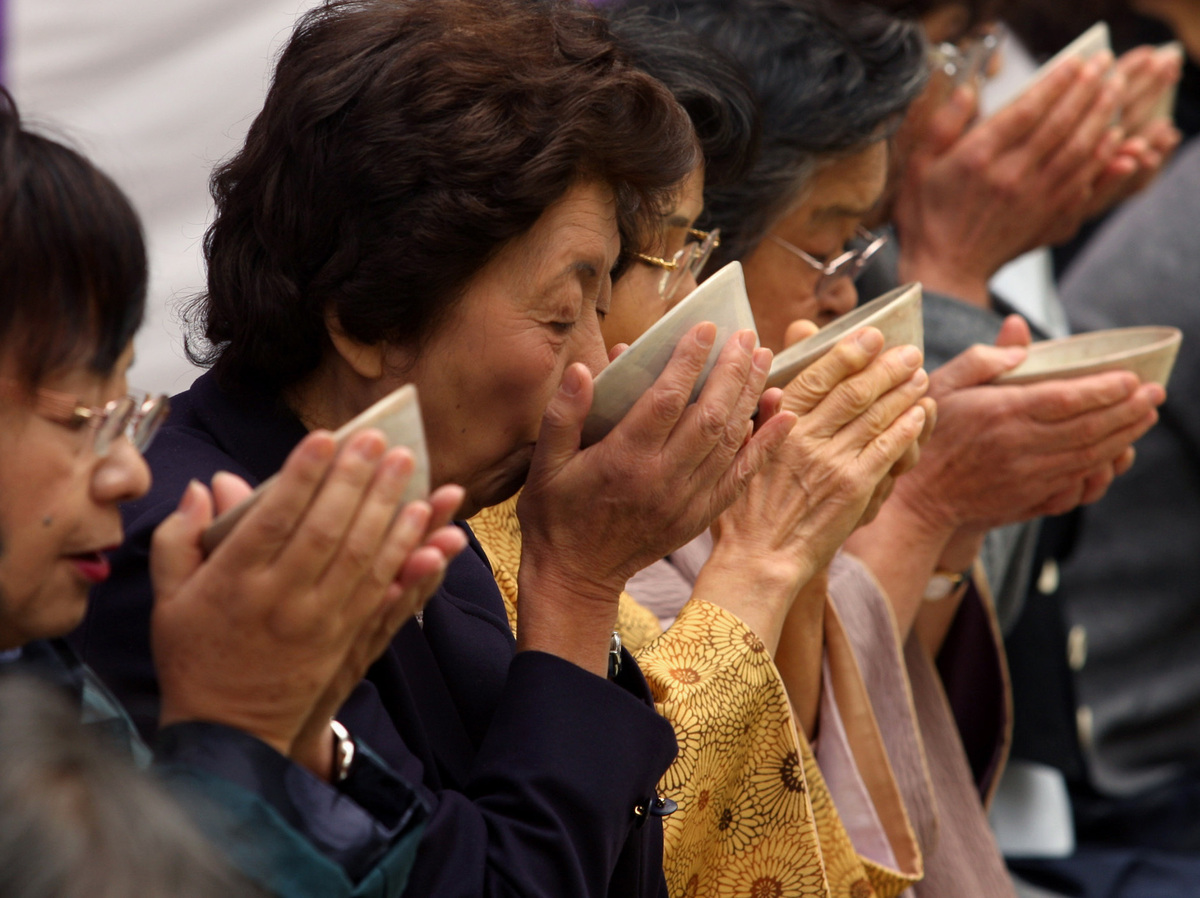 Japanese women drink green tea during an outdoor tea ceremony in Kobe, Japan. Making the brew a daily habit may be protective against stroke.

Whether it's green tea that warms you up, or coffee that gives you that morning lift, a new study finds both can help cut the risk of suffering a stroke.

The study, published in the American Heart Association journal Stroke, included 82,369 men and women in Japan.

Researchers found that the more green tea a person drank, the more it reduced the risk of suffering a stroke.

"It's almost a 20 percent lower risk of stroke in the green tea drinkers" who drank four cups a day, compared with those who rarely drank green tea, explains Dr. Ralph Sacco of the University of Miami. (He's the past president of the American Heart Association, and we asked him to review the study for us.)

And with coffee, researchers found just one cup per day was also associated with about a 20 percent decreased risk of stroke during a 13-year follow-up period.

"I was still feeling rather surprised" about the findings, Dr. Yoshihiro Kokubo, the study's lead author, tells The Salt in an email. Kokubo is a researcher at the Department of Preventive Cardiology, National Cerebra and Cardiovascular Center in Osaka, Japan.

It's not just the Japanese who seem to benefit from drinking coffee and green tea. Over the past few years, researchers in the U.S. have documented similar reductions in heart disease risk among Americans.

"The accumulating evidence from a variety of studies is suggesting that green tea and coffee may be protective," says Sacco.

And, in addition, recent studies have linked a regular coffee habit to a range of benefits — from a reduced risk of Type 2 diabetes to a protective effect against Parkinson's disease.

It's interesting to note how much the thinking about caffeine and coffee has changed.

In the 1980s, surveys found that many Americans were trying to avoid it; caffeine was thought to be harmful, even at moderate doses.

One reason? Meir Stampfer of the Harvard School of Public Health says back then, coffee drinkers also tended to be heavy smokers. And in early studies, it was very tough to disentangle the two habits.

"So it made coffee look bad in terms of health outcomes," says Stampfer.

But as newer studies began to separate out the effects of coffee and tea, a new picture emerged suggesting benefits, not risks.

Researchers say there's still a lot to learn here — they haven't nailed down all the mechanisms by which coffee and tea influence our health. Nor have they ruled out that it may be other lifestyle habits among coffee and tea drinkers that's leading to the reduced risk of disease.

And experts say when it comes to preventing strokes and heart attacks, no food or drink is a magic bullet. It's our overall patterns of eating and exercise that are important.

"It's a whole lifestyle approach, and we need to remember that," says Sacco.

So if you are already in the habit of drinking coffee or green tea, this study is one more bit of evidence that you can go ahead and enjoy it.