Accessibility links
Wine Revolution: As Drinkers And Growers, U.S. Declares Independence : The Salt Americans aren't just the world's top wine market. Increasingly, they're also producers. The number of U.S. wineries has climbed from 400 to 7,000 since the 1970s. And some of those local wines are "stunning," says wine expert Jancis Robinson. 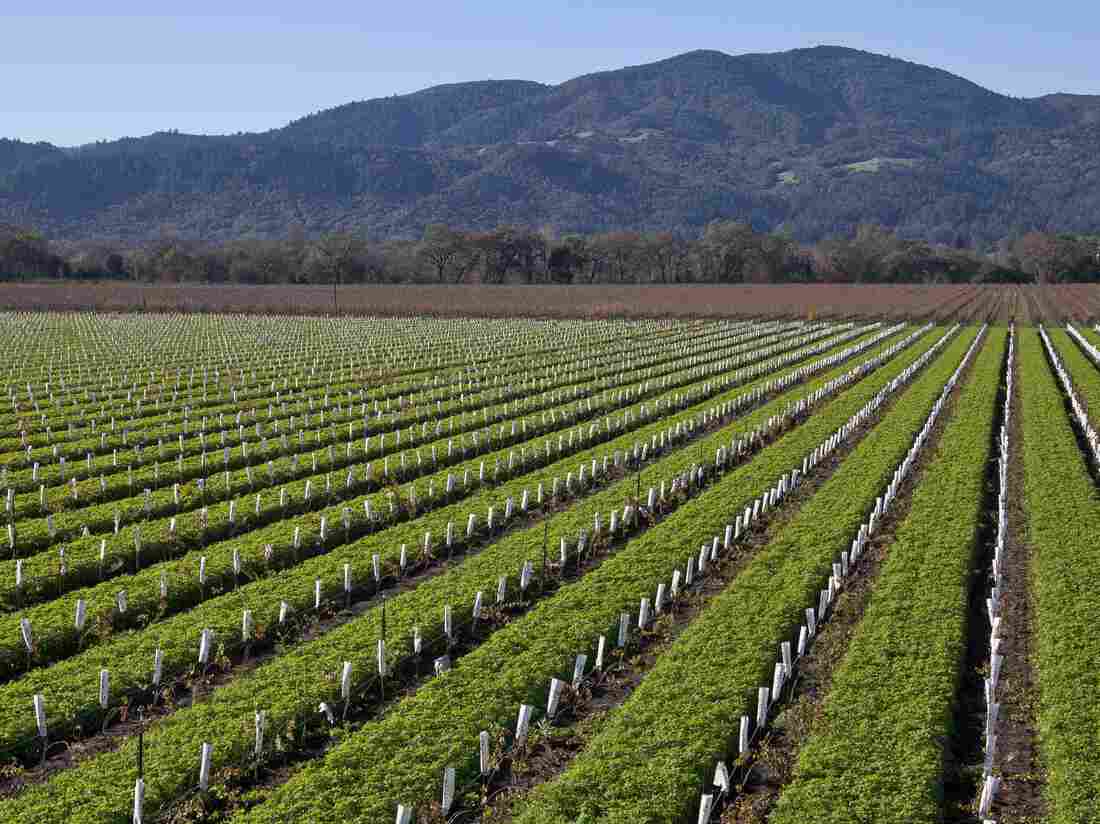 The vineyard at Round Pond Estate in Rutherford, Calif. Napa Valley is just one of wine-growing regions across the country. Eric Risberg/AP hide caption 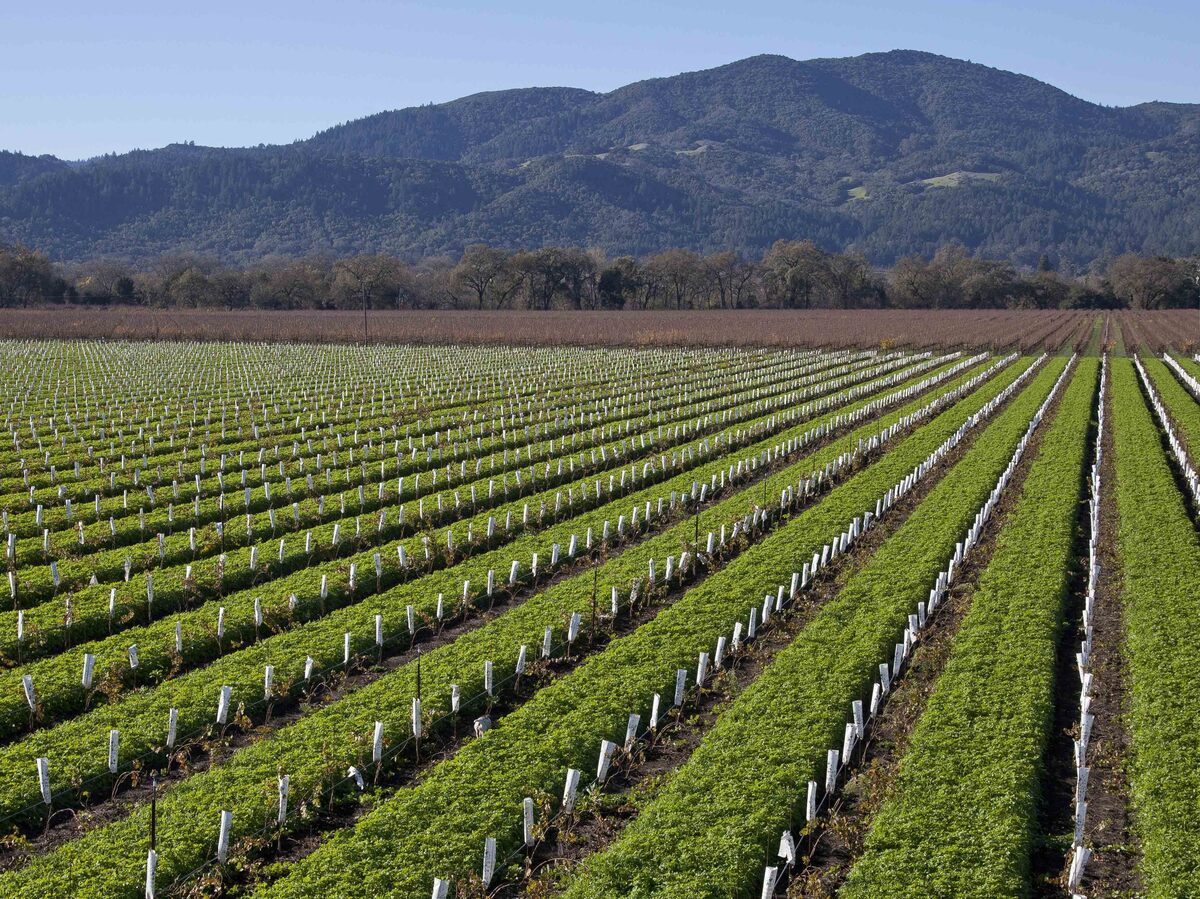 The vineyard at Round Pond Estate in Rutherford, Calif. Napa Valley is just one of wine-growing regions across the country.

A curious shift has happened in global wine-drinking trends: Americans have overtaken the French and Italians, Europe's traditional lovers of the fruits of the vine, as the world's top wine market.

And it's not just wine drinking that's taken off stateside: U.S. wine production is also on the rise.

Back in the 1970s, there were about 400 wineries in America. Today, there are more than 7,000. And they're not just in locations like Napa, Calif.; Walla Walla, Wash.; and Willamette Valley, Ore. They're in places that are less familiar as wine regions: Texas, Ohio, Hawaii and even Alaska.

"I've had some stunning American wines, and I don't think anyone should think that American wine is necessarily inferior to, say, French or Italian," Jancis Robinson, a leading authority on wine, tells Weekend Edition host Scott Simon

Robinson is the co-author of American Wine: The Ultimate Companion to the Wines and Wineries of the United States. The book traces what she calls an American "wine revolution" that is kind of amazing, considering it was only 20 years ago that the industry was feeling threatened by Neo-Prohibitionists.

"But now, wine seems to be such a popular interest with a whole load of people — particularly young people," Robinson says.

That interest has even led to wineries sprouting up right in the middle of cities. Just ship in grapes from a nearby vineyard, and you've got a resource for city-dwellers to see how wine is made.

While you may think your local wine can't possibly be as good as something imported, that's not necessarily the case, Robinson says.

She says she's especially a fan of some wines produced around the Finger Lakes in New York. She's also found a very good copy of champagne from the Gruet family in New Mexico.

"Pretty much all countries that make wine make some good wine and some bad wine," says Robinson. "Yes, it's true that the majority of the very, very, very finest wines I have ever had have been from France, but then, France makes more wine than everyone else most years."

Because winters can be pretty harsh in the American interior, European grapevines are tricky to grow. But new varieties like Traminette were bred to survive the climate. Then there's the all-American Norton grape, discovered in Virginia and particularly popular in Missouri vineyards.

"It makes some really serious red wines," Robinson says. "So you can have very respectable Missouri Norton that has not an ounce of influence of France or Italy in it."