Accessibility links
Yogurt For Men: A Review : The Salt A company called Powerful Yogurt is now selling what it calls "the first yogurt in the U.S. designed for a man's health and nutrition needs." The Sandwich Monday gang gives it a very manly taste test.

Yogurt For Men: A Review

Yogurt For Men: A Review 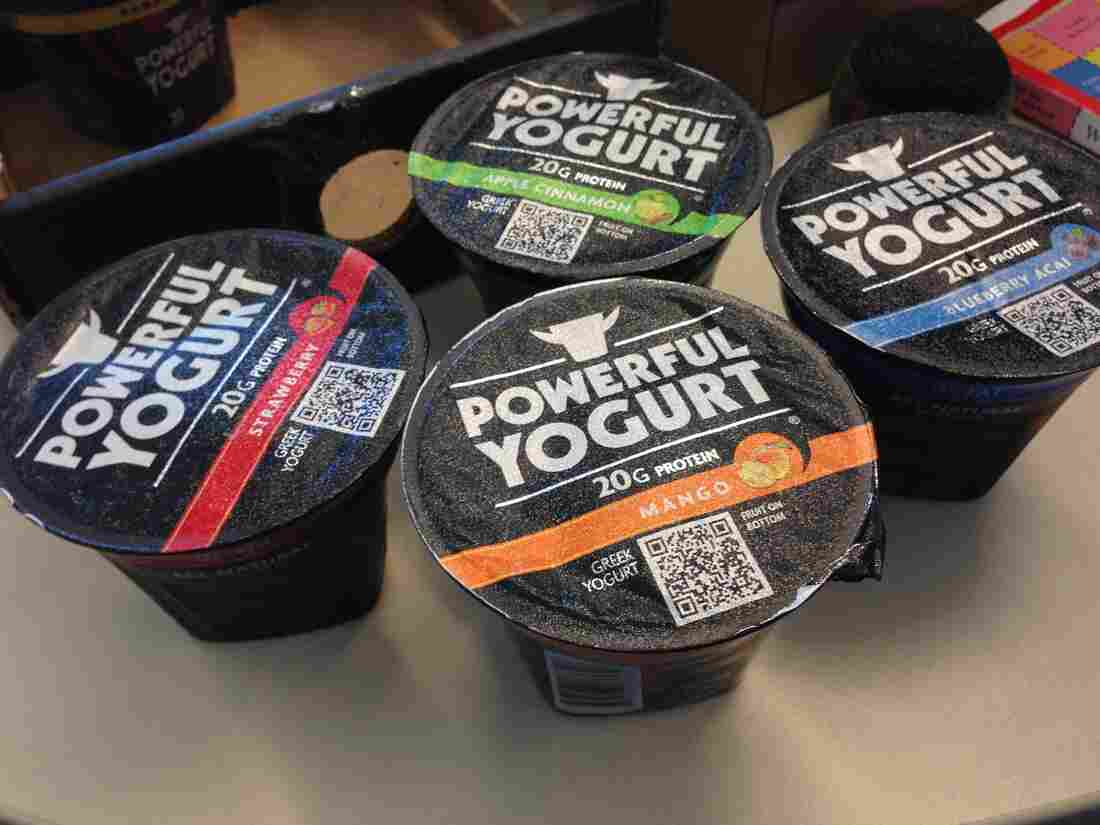 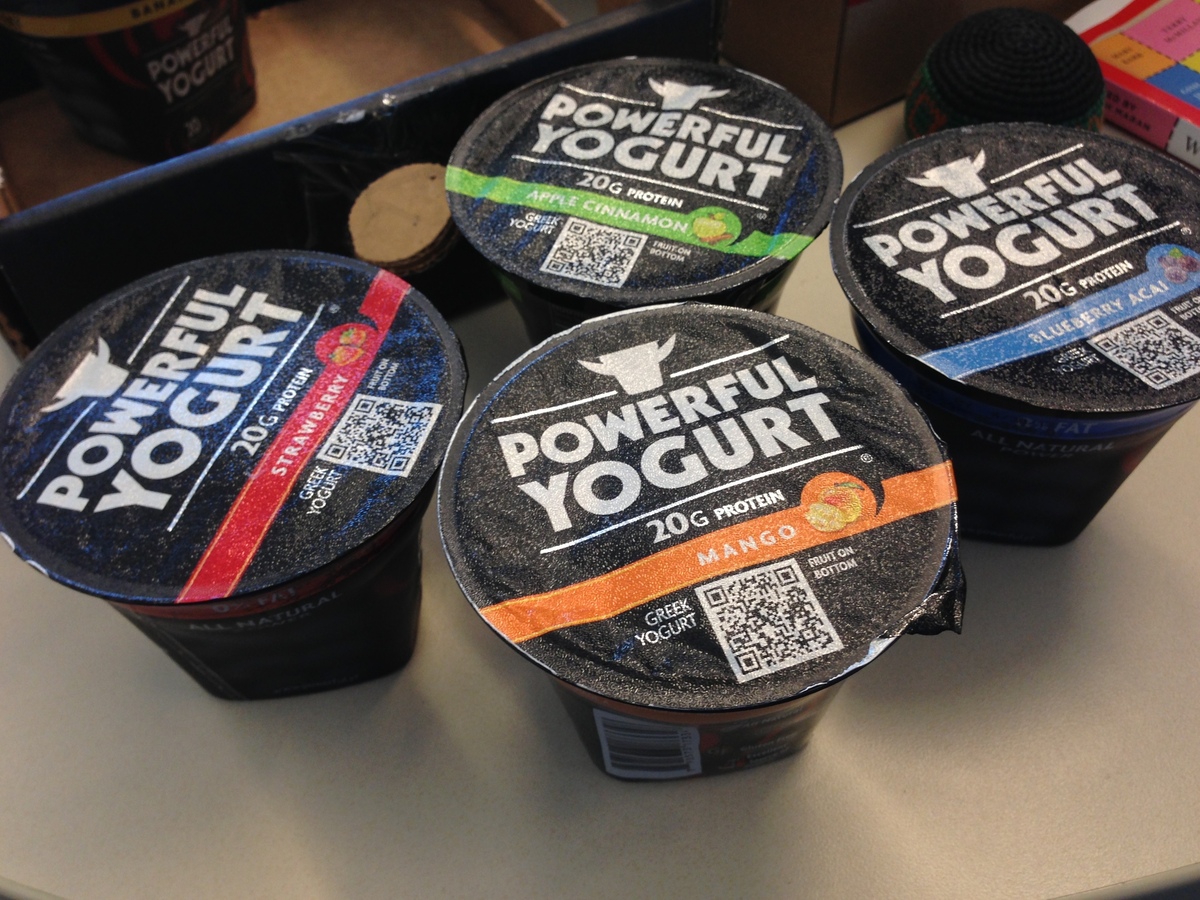 Last week on Wait, Wait... Don't Tell Me, we talked about a new yogurt for men, or brogurt, from a company called Powerful Yogurt. Here's what our panelist, comedian Jessi Klein, had to say about it:

Powerful sent us a crate of the stuff this week. It arrived as all manly products do, carried by a Navy Seal who then punches it into your face. 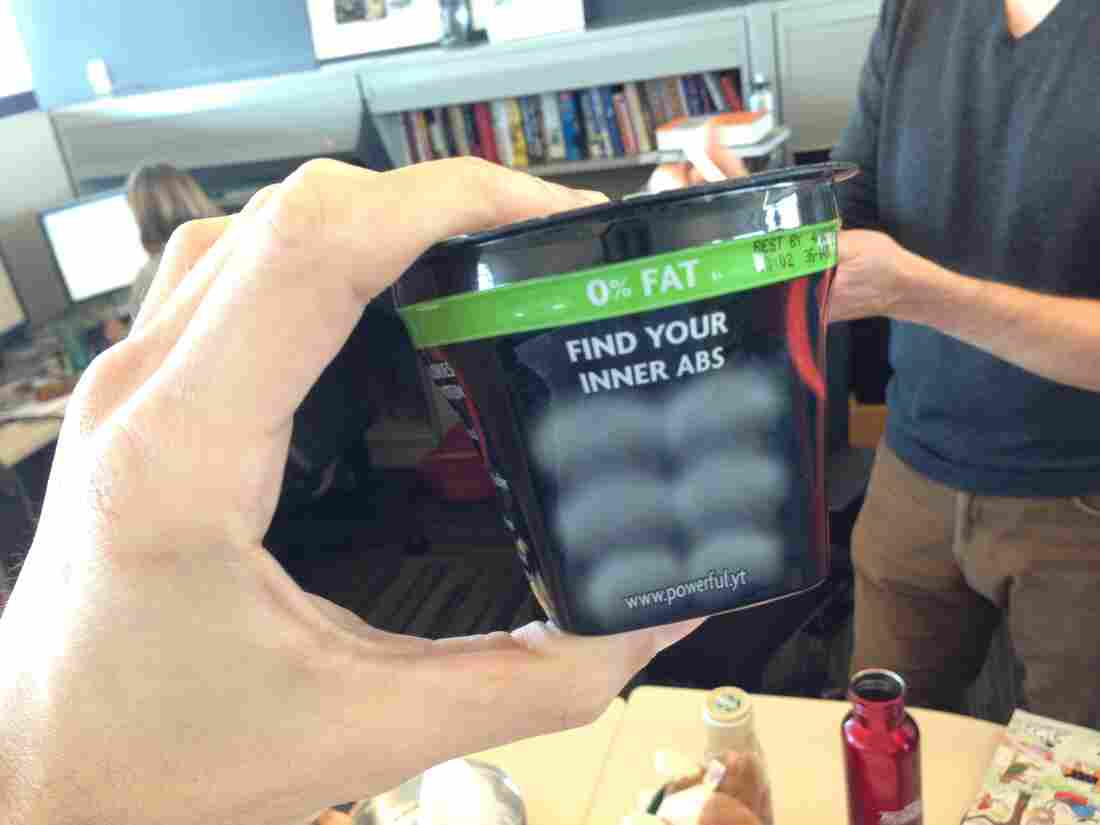 I haven't been this intimidated by a yogurt since that cup of Activia was valedictorian of my high school. NPR hide caption 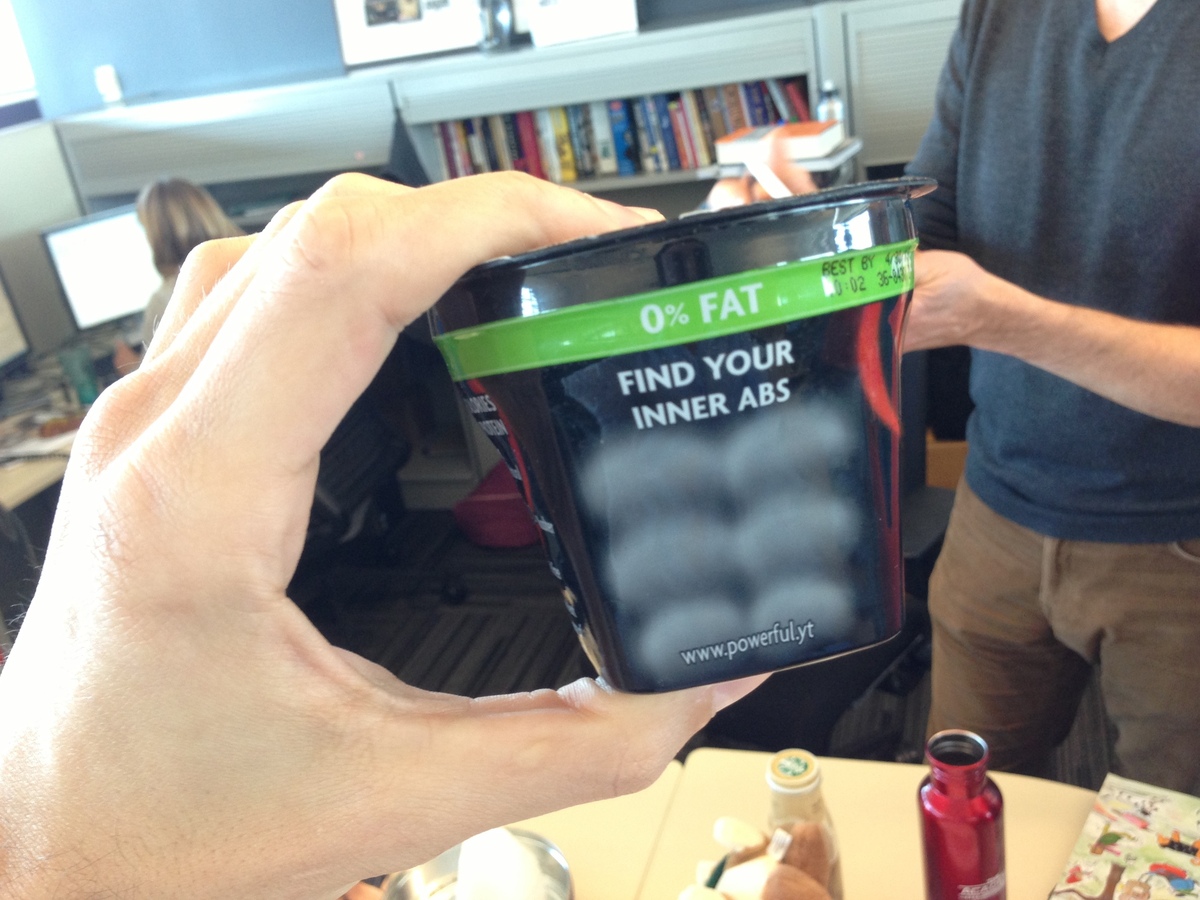 I haven't been this intimidated by a yogurt since that cup of Activia was valedictorian of my high school.

The first thing you notice about the Powerful Yogurt container is that it has a six pack. Later editions will come with a beer gut and will never take their shirt off at the beach, insisting it's just because they "burn easily."

Peter: I liked the fact there was no lid. You had to smash it on your forehead to get to it.

Ian: I guess this is pretty manly, but not as manly as that Dannon flavor you have to hunt and kill with your bare hands.

Mike: This is good. Like, this is "morning after a night in a Tijuana brothel and I still have both my kidneys" good. 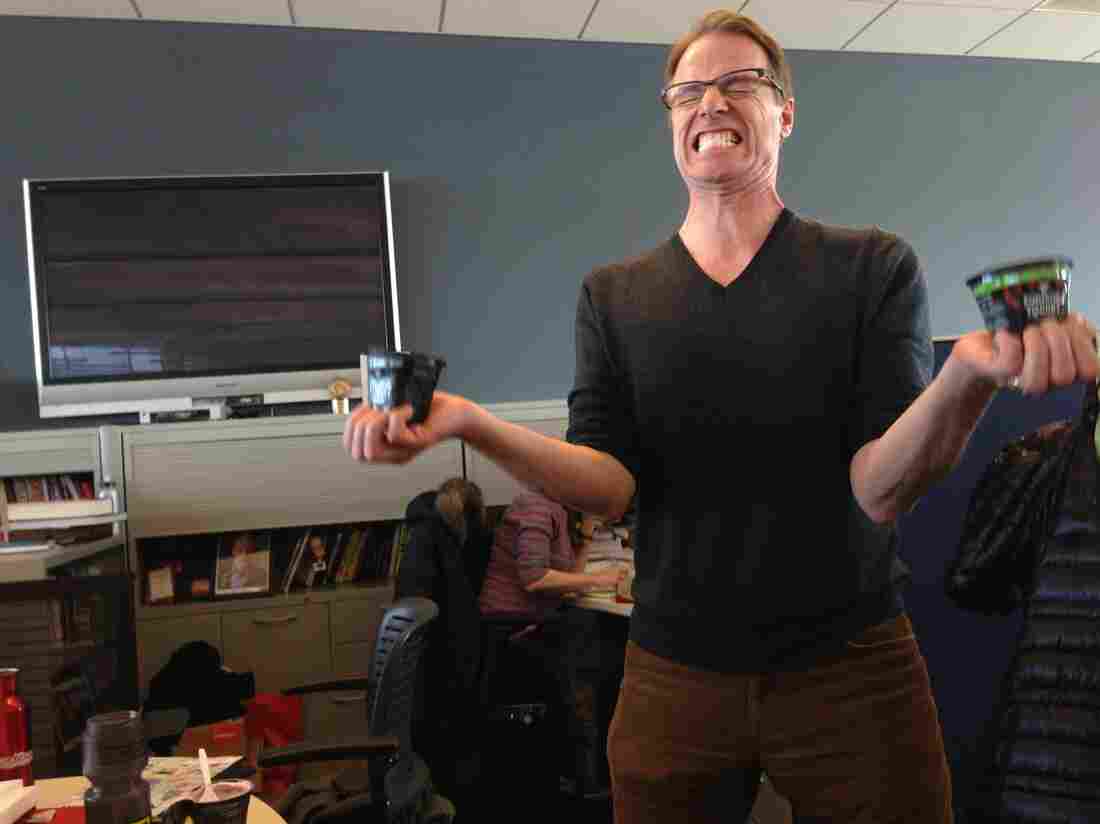 You don't get a body like Robert's without doing your daily yogurt squats. NPR hide caption 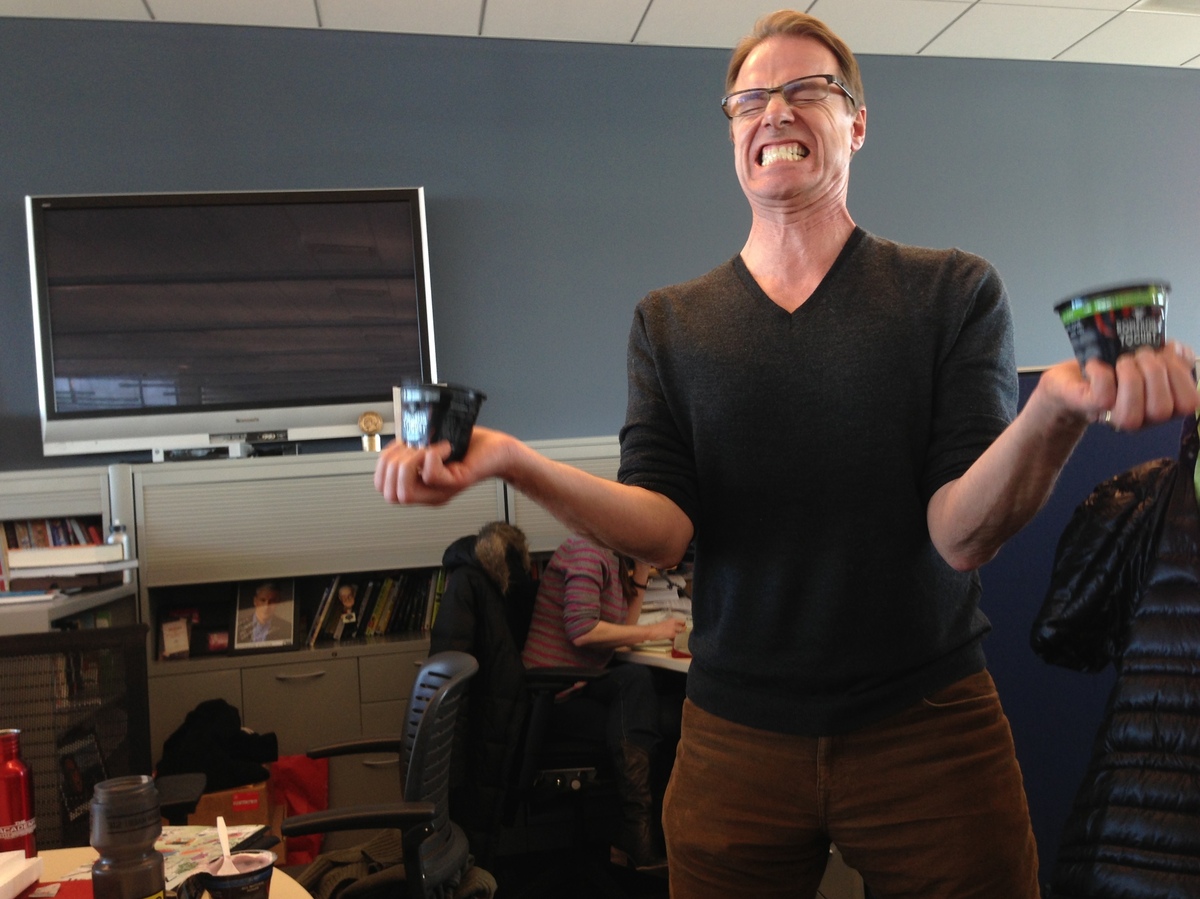 You don't get a body like Robert's without doing your daily yogurt squats.

Brogurt doesn't taste so different than regular yogurt. We were sort of hoping for manly flavors, like "Truck" or "Mixed Berry Martial Arts."

Miles: I could really go for some "Essence of Burt Reynolds."

Mike: I like that yogurt flavor titles do not appear on bill.

Robert: I love the effect this is having on everybody. Finally, Eva can sing baritone in my barbershop quartet.

Eva: Could do without this chest hair, though.

[The verdict: not bad. I'm not sure if there's anything in it that actually made me any manlier, but after eating it, I did win seven straight Tours de France.] 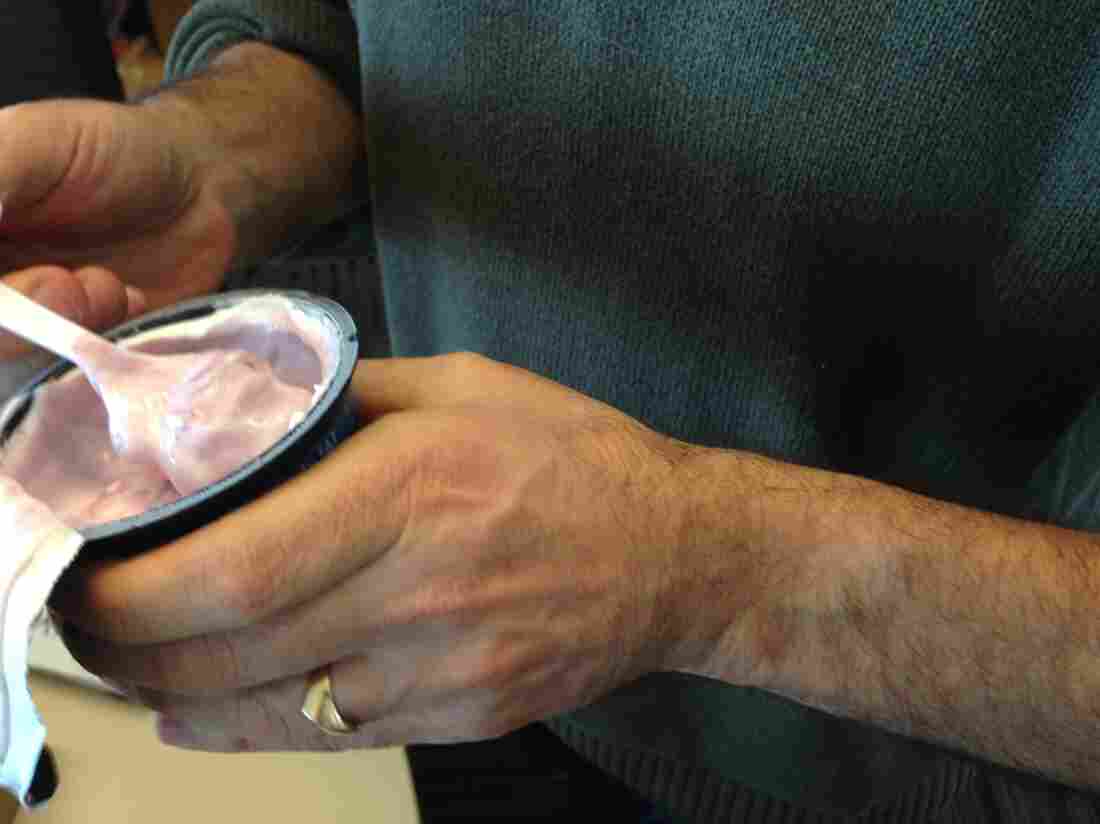 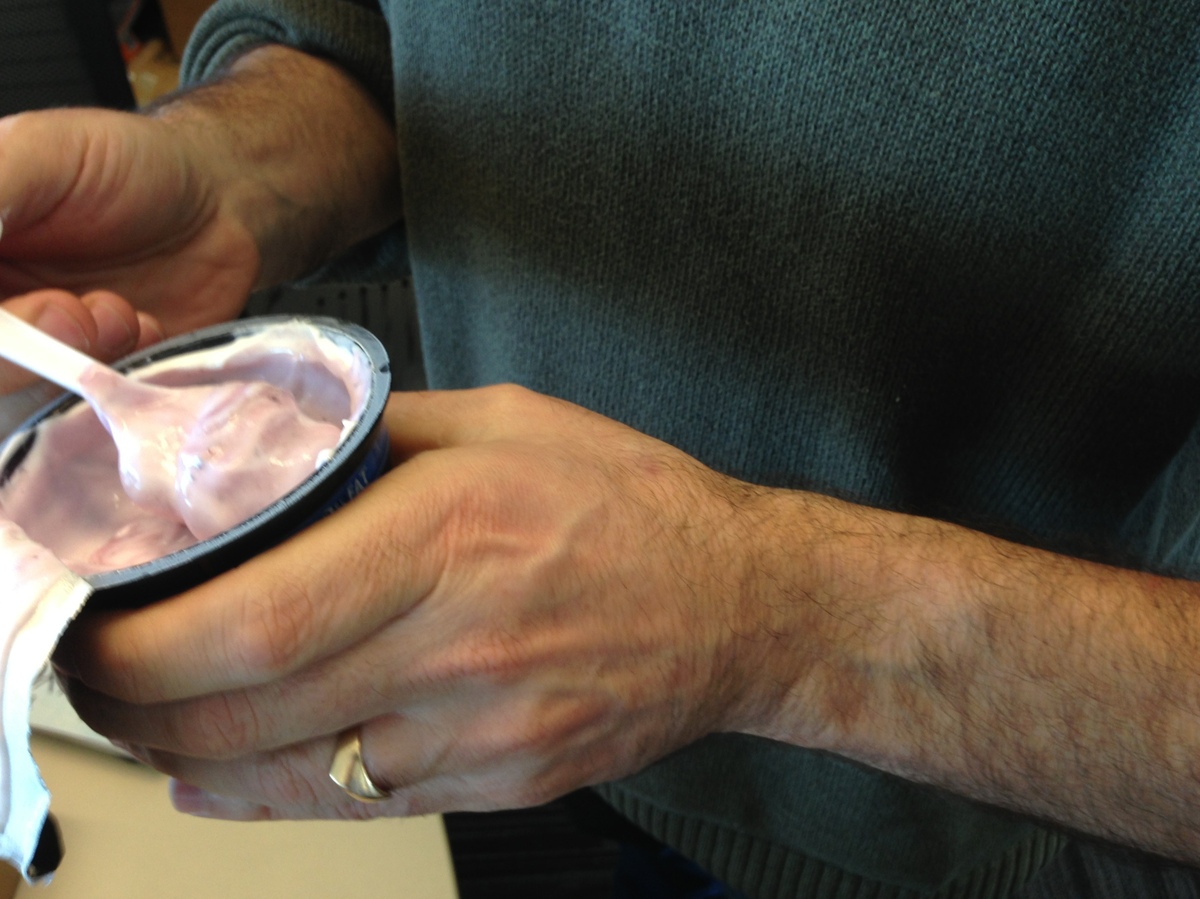 The amazing thing: Peter's arm was completely hairless before trying this yogurt.

This review comes from the folks at Sandwich Monday, a satirical feature from the humorists at Wait Wait ... Don't Tell Me!