Accessibility links
The Wonderful World Of Whisky Art : The Salt Photographer Ernie Button has been taking pictures of the dried residues left in empty whisky glasses for six years. The resulting images are compellingly abstract and just a little bit otherworldly.

The Wonderful World Of Whisky Art

The Wonderful World Of Whisky Art 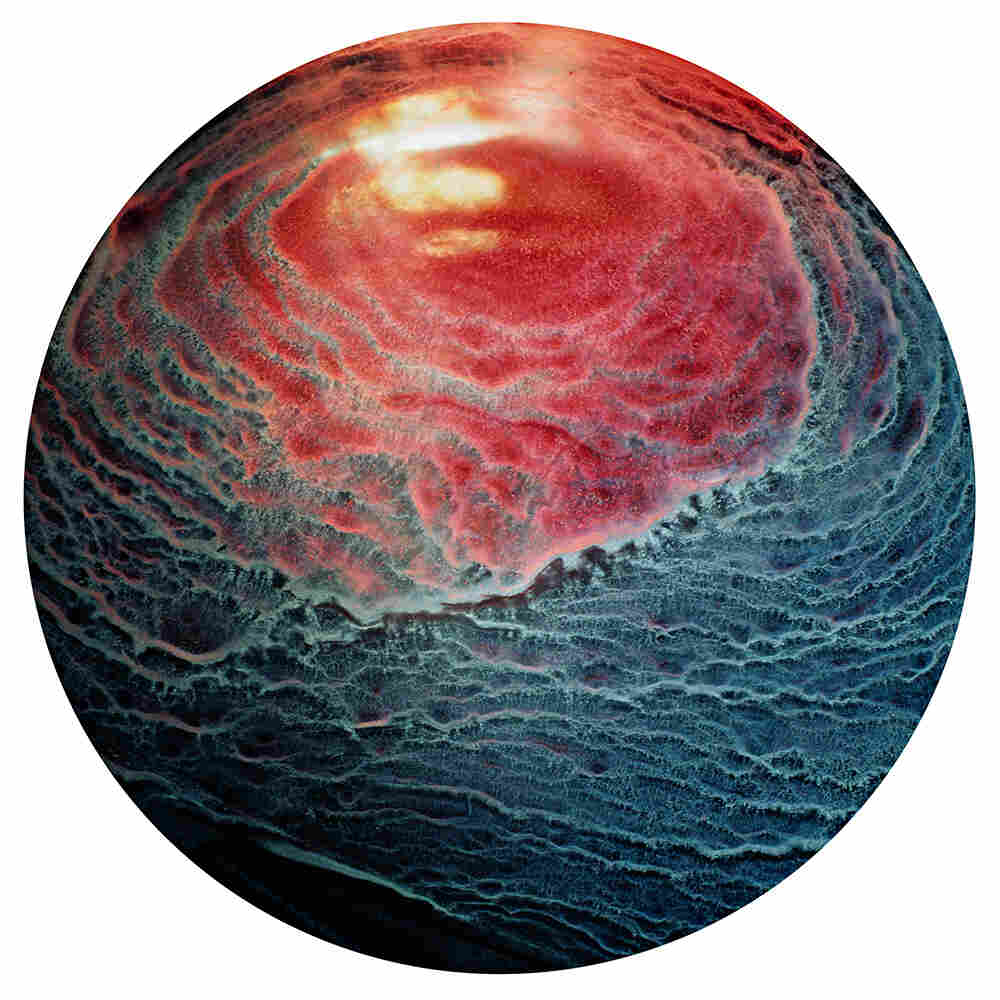 Ernie Button was putting a Scotch glass left out overnight into the dishwasher when he noticed something — a white, chalky film on the bottom of the glass. He held it up to the light and, upon closer inspection, could see a series of fine, lacy lines running along the inside of the glass.

As a hobbyist photographer whose work often focuses on showcasing the beauty of everyday objects, Button was intrigued by this discovery. "Wow, there's something to that," he recalls thinking.

And thus was born Vanishing Spirits: The Dried Remains of Single Malt Scotch, an ongoing photographic project Button has created to highlight the beautiful but often overlooked science of how liquids dry.

After first noticing the patterns left behind in his glass, Button began experimenting with other Scotch residues, shining different colored lights on them and photographing them up close. The results were strangely beautiful. "A little celestial, or extraterrestrial, almost," says Button. 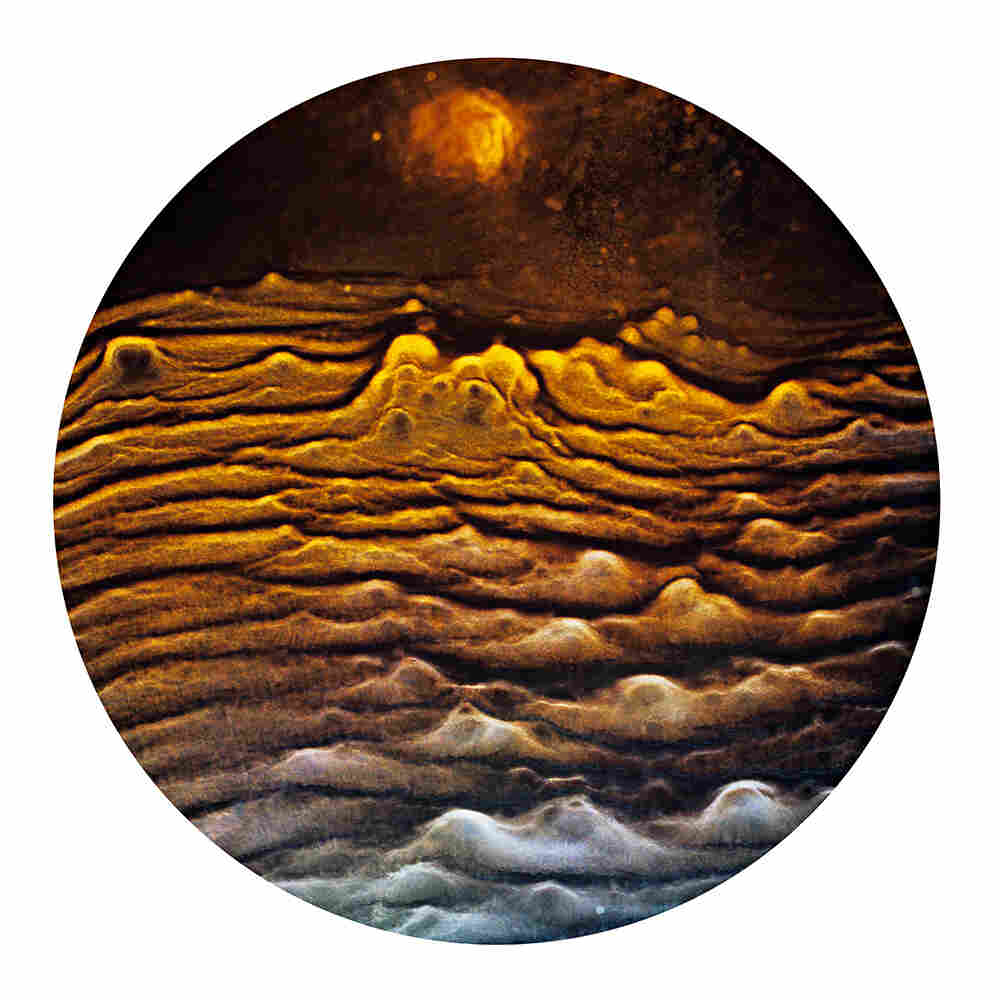 That was six years ago. Since then, Button, who lives in Phoenix, Ariz., has captured upward of 75 photographs of whisky residues that he considers good enough to share with the public.

Some of his images will even be making their way over to Scotland in May for an exhibition at the Islay Festival of Music and Malt.

And Button doesn't plan on stopping anytime soon. "I'm trying to let the work just kind of grow organically and see where it takes me," he says.

He recently started experimenting with manipulating the whisky as it dries — moving the liquid around to create different deposit patterns.

He has also begun to wonder about the science behind his images. "I find them fascinating in a weird kind of way," he says. "I think it's a perfect blend between science and creativity."

According to Howard Stone, head researcher at Princeton University's Complex Fluids Group, the rings and waves seen in Button's images are probably the result of particles that are left behind once the alcohol has evaporated.

These particles, which give the liquor its flavor and color, are present in "very, very small quantities," says Stone, and can create an "imprint of what the [whisky] was doing when it was trying to evaporate."

Research has shown that aqueous films tend to form ringlike patterns as they dry. This is because evaporation occurs more quickly at the edges of a liquid, thus drawing particles in the liquid outward.

Inspired by Button's artwork, Stone is now conducting research with two of his postdocs, Ian Jacobi and Eujin Um, to further investigate the properties of dried whisky residues. In particular, they are looking into why different types of whisky produce subtly different patterns.

Button has noticed this as well — that using different types of whisky makes a difference. "It seems like the Scotches that are more inland, like a Glenlivet ... tend to produce finer lines," he says.

But even as he tries to better understand how these patterns are formed, Button never loses sight of why he felt compelled to photograph them in the first place.

"I'm a big admirer of finding the beauty in the normal or the sometimes overlooked," he says. "Take time and observe. ... There's a lot of beauty out there, if you just look."