Accessibility links
Spanish Town To Host Its First Seder In More Than 500 Years : The Salt The Jews of Ribadavia, a small medieval town in the north of Spain, are long gone. But no matter: The town's plan to host its first Passover Seder in centuries is aimed at tourists. Like many cities across Spain, Ribadavia hopes reclaiming its Jewish history will also boost its economy. 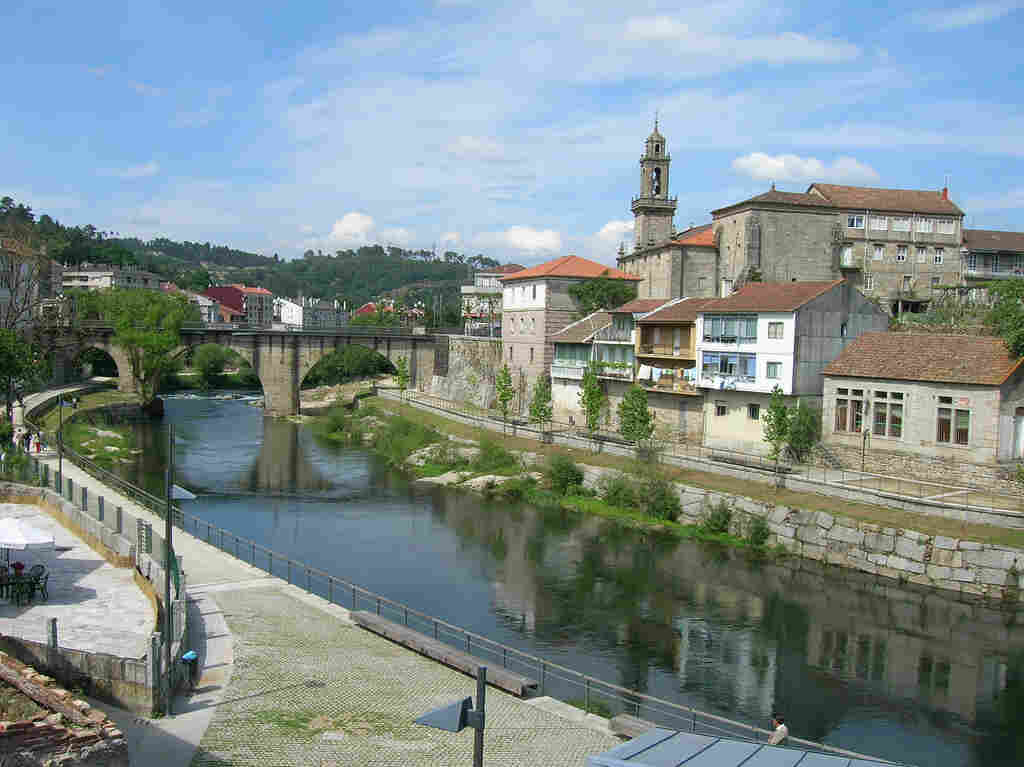 A view of the medieval town of Ribadavia, in Galicia, in the north of Spain. José Antonio Gil Martínez/via Flickr hide caption 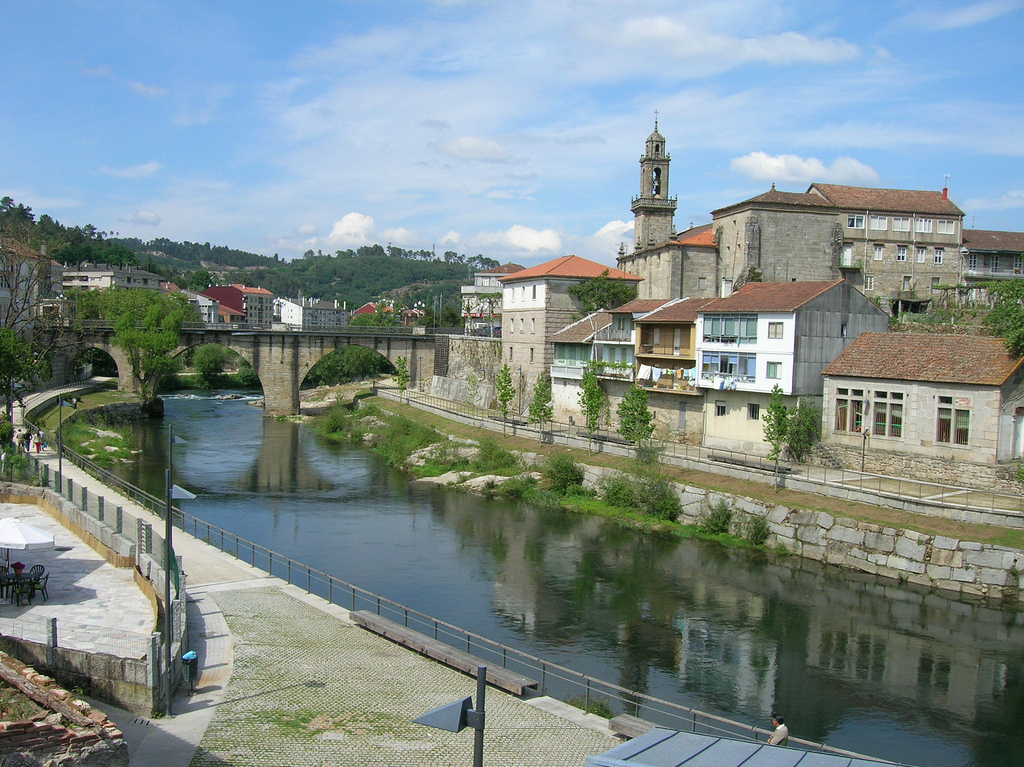 A view of the medieval town of Ribadavia, in Galicia, in the north of Spain.

Jews all over the world are gathering around dinner tables Monday night to celebrate the first night of Passover, one of the most important festivals of the Jewish calendar. And in the small, northern Spanish town of Ribadavia, Spanish, American and Israeli Jews are coming together to conduct the first Seder there in more than 500 years.

The holiday commemorates the Jewish exodus from slavery in Egypt more than 3,000 years ago, a story retold during the ritual Seder dinner. As part of the service, it's customary for the youngest at the table to ask, "Why is tonight different from all other nights?" This year, the question has even greater meaning for American Erika Henik and her family of eight.

"My father read about the Seder and sent it to my sister and me. We replied, 'We should go!' " Henik tells The Salt. "Within two hours, we had tickets for the whole family to go to Spain."

Henik says her parents were looking for a meaningful way to celebrate their 50th wedding anniversary and found it in the Spanish Seder. "My family and I love food. And so much about how Jews were outed in the Inquisition was about food, about what they would and wouldn't eat, what was kosher ... and so now, finally, for the first time, they're doing a public Seder, something that was forbidden years ago. And to celebrate it with food is so gratifying." 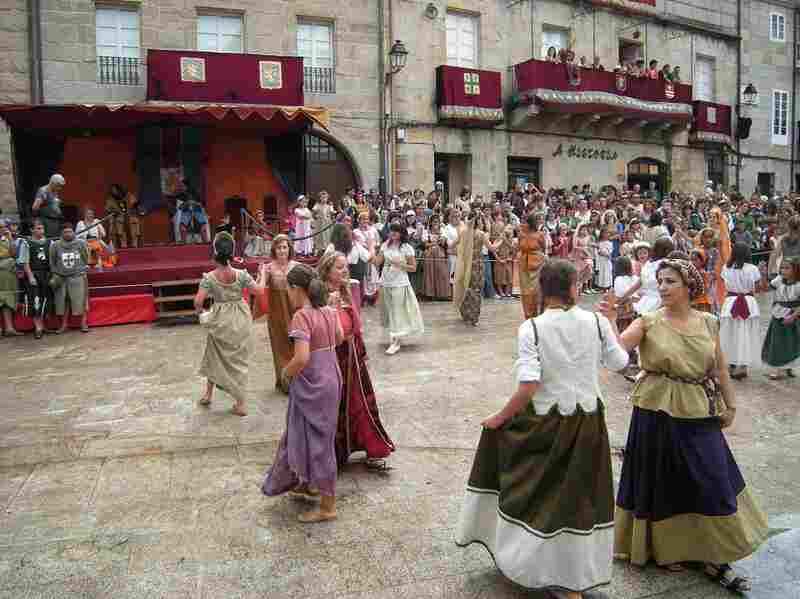 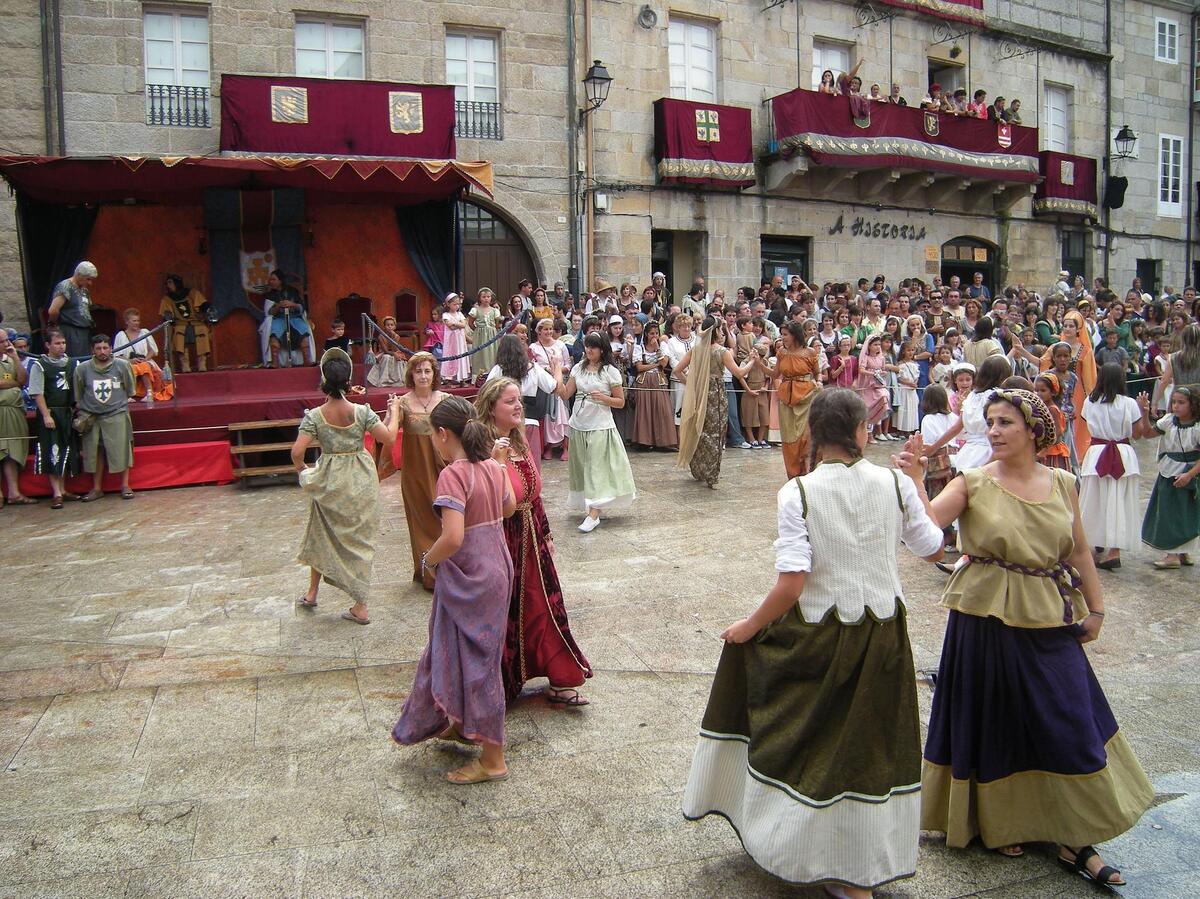 Jews once thrived in Spain, but in 1492, they were expelled from the country. The Spanish Inquisition was well under way, and tribunals, set up to enforce Catholic orthodoxy, targeted thousands of Conversos — Jews who had converted (often forcibly) to Catholicism but were suspected of continuing to practice their former religion in secret. The Inquisition finally ended in the 18th century, but by then, much of Spain's Jewish culture had disappeared.

Recently, there's been a big push to bring Jews back to Spain. Late last year, officials announced a plan to offer citizenship to those who can prove their ancestors were kicked out during the Inquisition. And since the 1990s, some two-dozen towns and cities across Spain have restored their Jewish quarters in a bid to draw tourists.

Ribadavia, a medieval town in Galicia, hasn't been shy about trying to reclaim its Jewish past. For example, the town touts the role that Jews played in cultivating its famed white Ribeiro wine and spreading it across Europe.

But Ribeiro won't be served at Ribadavia's first Seder, which will be held at a restaurant. Instead, the menu will feature kosher wine and matzo, and typical Sephardic dishes, like a seven-vegetable soup and grilled fish, says Abraham Haim, an Israeli historian who traveled to Ribadavia to lead the Seder service in Hebrew and Spanish.

Haim has been visiting Ribadavia regularly since 1994, when residents began celebrating their town's Sephardic heritage during the annual Festa da Istoria each August. This, despite the fact that there are no longer any Jews living in Ribadavia.

Nevertheless, Haim, who conceived the plan for the Seder, managed to gather 40 Jews and non-Jews, mostly Spanish, for what he claims is the only authentic public Seder in Spain. 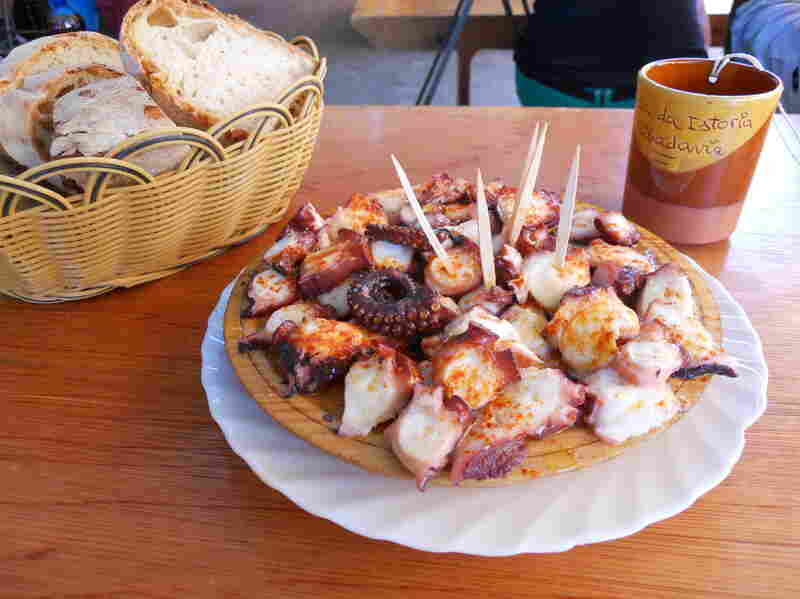 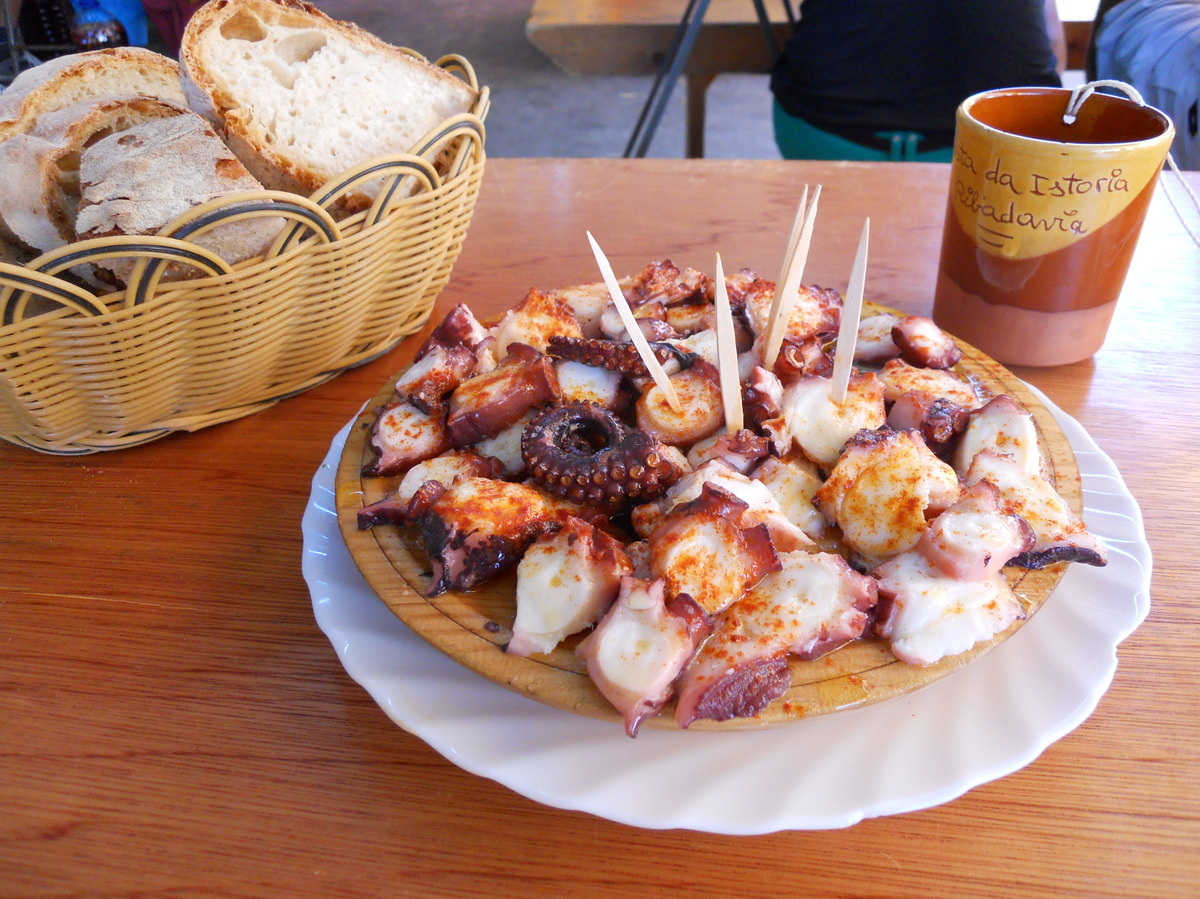 Octopus is traditionally on the menu at Festa da Istoria. But, as frequent festival attendee Judith Cohen notes, it's not kosher.

But while the effort to lure Jewish tourists back to Spain is working, some take a more cynical view of local intentions. Judeo-Spanish ethno-musicologist Judith Cohen has been traveling to Ribadavia for 20 years — both as an invited musician and as a tourist — to participate in its festival, which includes a traditional Sephardic wedding parade. She has great affection for the town and its people, yet can't help but feel its Jewish history is being exploited.

"The festival food [includes] grilled octopus, which isn't kosher and is decorated in stars of David," Cohen tells The Salt. "I find it pretty offensive. The Jewish wedding takes place in a church. To me, they've really appropriated a lot of things and used them to their own advantage. They've even exported these festivals, teaching other towns to do it. One nearby town has stars of David etched into the floor, so you're stepping on them all the time. For a while, there was a deli with a huge display of sausages with labels in the shape of stars of David, inviting Jews to ask about their ham sandwiches. They're my friends, but I feel pretty negative about it."

Erica Henik, who crossed the Atlantic to attend Ribadavia's Seder, sees things differently. "I don't care if they're using Jewish culture to increase tourism, because the history is real," she says, adding, "If it benefits them, and my ability to learn about what happened there, I'm fine with that. "