Accessibility links
Why Illinois Is Roaring Mad About Lion Meat : The Salt Lion meat has been gaining traction among adventurous foodies. But some wildlife advocates worry that interest in lion meat in the U.S. could encourage more poaching abroad. So they're pushing legislation to ban lion meat in the state that seems to be at the center of the U.S. trade.

Why Illinois Is Roaring Mad About Lion Meat

Why Illinois Is Roaring Mad About Lion Meat 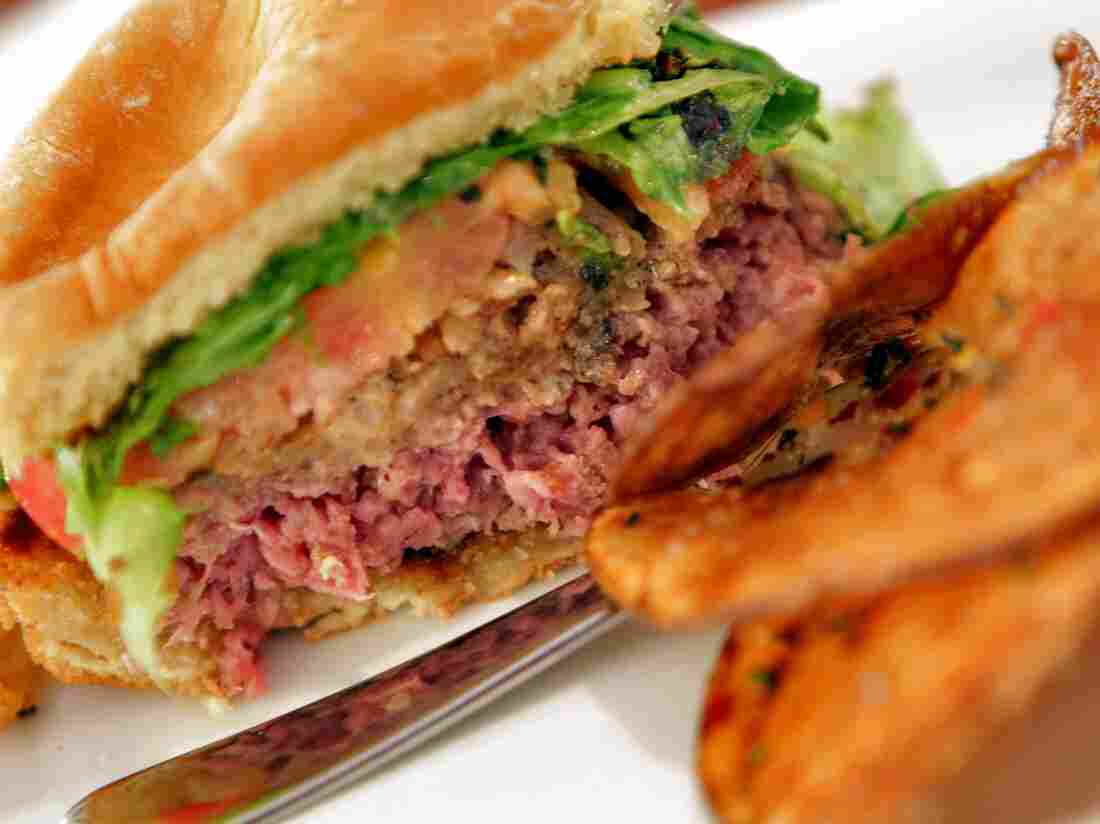 An Arizona restaurant sold lion meat burgers in 2010 in an attempt to drum up business during the World Cup soccer tournament held in South Africa. Matt York/AP hide caption 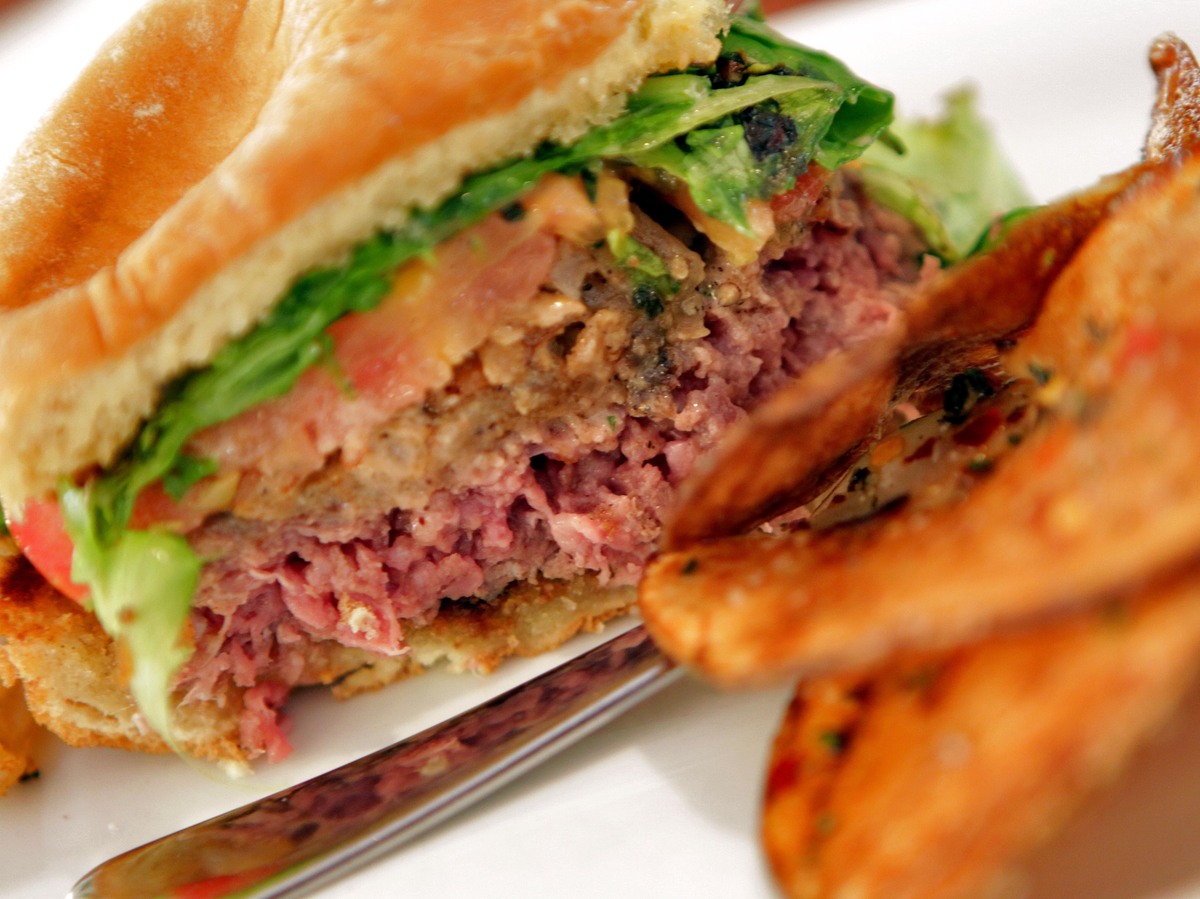 An Arizona restaurant sold lion meat burgers in 2010 in an attempt to drum up business during the World Cup soccer tournament held in South Africa.

When we heard a few weeks ago that Illinois was considering banning lion meat, our first thought was, who's eating lion meat? And why Illinois?

Turns out, lion meat has been gaining traction among adventurous foodies who argue that the meat can be an ethical alternative to factory-farmed animals — if the meat comes from American-raised circus and zoo animals that were sent to the slaughterhouse in their old age.

"People's interest in nonfactory-farmed animals has definitely influenced the interest in adventurous eating," says Curtiss Calleo, co-founder of a club for daring eaters called The Gastronauts, which has hosted a lion meat dinner in New York.

But before even more curious foodies can get a taste of lion, it may be banned by some who consider the culinary flirtation shameful.

Earlier this year, Rep. Luis Arroyo introduced a bill in the Illinois General Assembly that would make it illegal to possess, breed, buy or sell lions for their meat.

"I've always thought of the lion to be the king of the jungle," Arroyo tells The Salt. "I never knew that people were consuming lion meat. I don't know who would want to do that."

Bernard Dehaene, a chef in Baltimore who has served lion, as well as kangaroo and python, says there's nothing to be ashamed of. "We're not here to offend anybody," he says. In 2011, he started an exotic meat club at the restaurant Corner BYOB. "We're here to showcase and do something different and educate people about other foods." 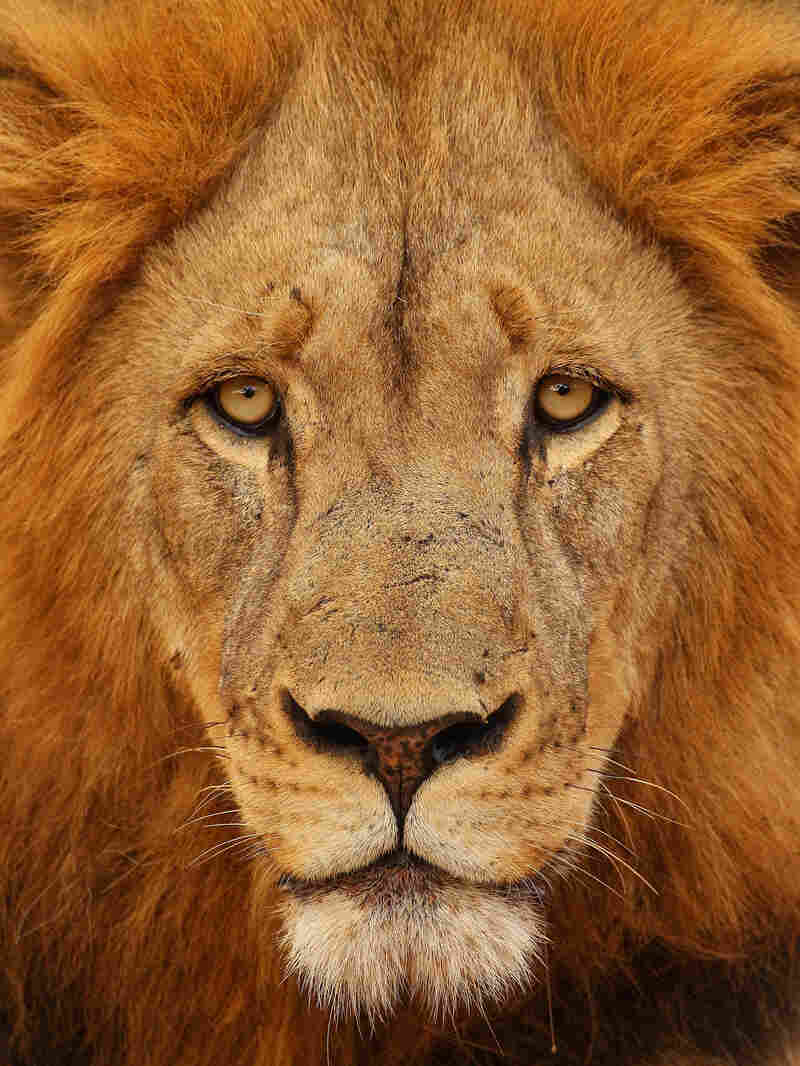 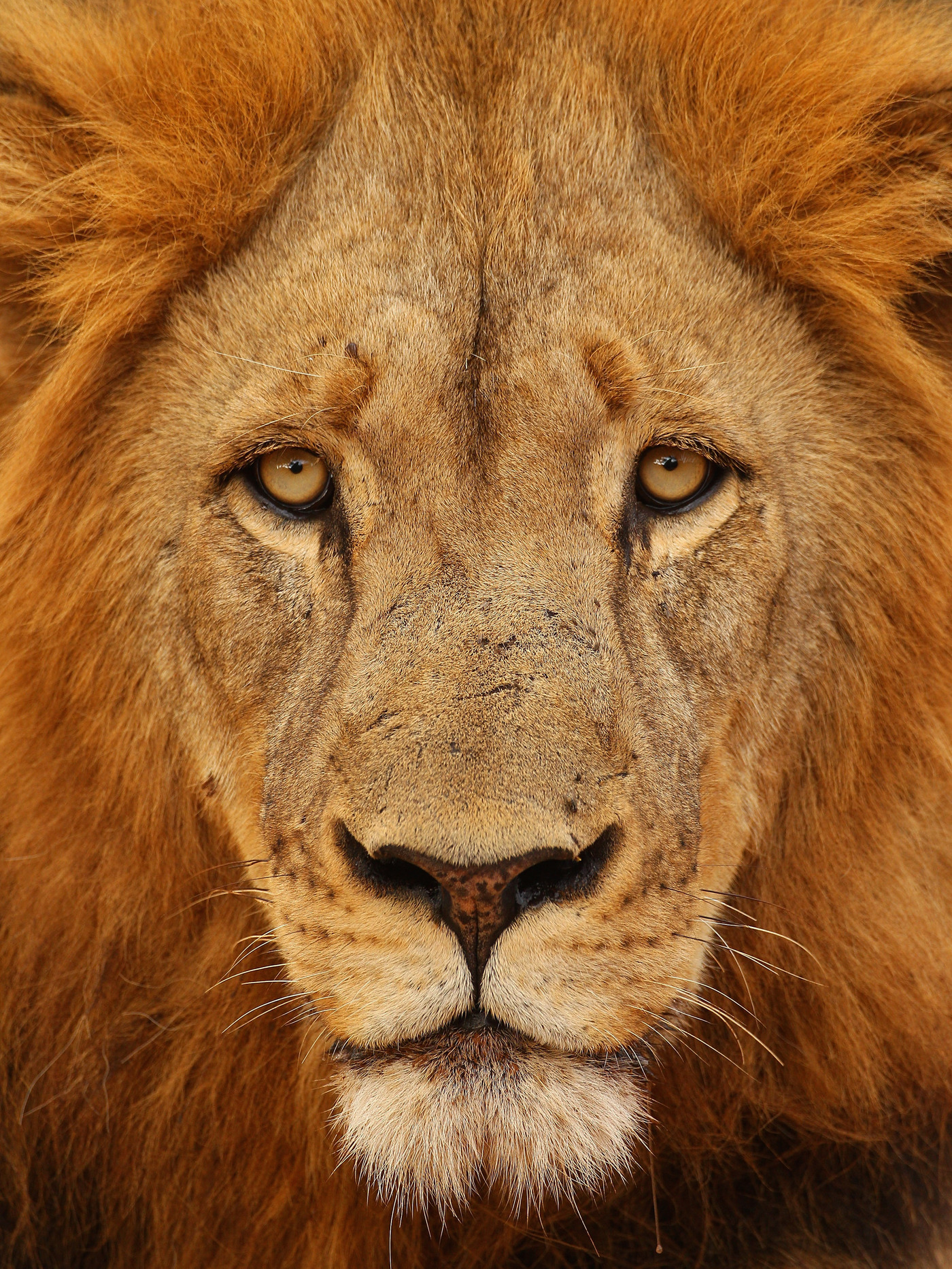 In the past 20 years, they note, the world's lion population has decreased by about half — which is why wildlife protection and conservation organizations have petitioned the U.S. Fish and Wildlife Service to add lions to its endangered species list.

Currently, the International Union for Conservation of Nature lists African lions as "vulnerable" — meaning they're at high risk of endangerment in the wild — but there are no trade restrictions on them. Lions face a number of threats, including habitat loss, disease, trophy hunting and international trade in their meat.

Born Free USA — one of the organizations that petitioned FWS for the listing — says it worries that increased interest in lion meat in the U.S. might encourage more poaching abroad. If diners knew "the risks facing wild lions, they would surely abstain at every turn," says Adam Roberts, the group's executive vice president.

The FWS says the listing "may be warranted" for lions and began a review of the matter last November, but it could take the agency another year to make a final decision. In the meantime, Born Free USA worked with Arroyo to draft his bill.

Which brings us back to the question: Why Illinois?

Well, a few years ago, Born Free USA investigated the lion meat trade routes after receiving several reports that it was on restaurant menus across the country. "It turns out that Illinois was really the key actor in it all, both in terms of acquisition of lions, slaughter of lions and then, ultimately, the packaging of lion meat," says Roberts.

U.S. retailers that sell lion meat, including ExoticMeatMarket.com, say their meat comes from animals raised on a USDA-inspected lion farm outside Chicago, Gastronomica reported in 2012. And an article in Popular Science claimed that the meat available on the market in the U.S. comes from older animals from circuses, exotic pet enthusiasts and zoos.

"None of the lion meat available in the U.S. comes or came from Africa," Calleo says. "So I'm not exactly sure what banning farming lions or selling old circus and zoo animals for meat has to do with African poachers and conservation."

But Roberts argues that it's impossible to be sure that none of the lion meat on U.S. dinner plates came from Africa. "You really have, in our experience, a situation where the U.S. Department of Agriculture and the Food and Drug Administration are looking at each other saying, 'Lions are not in our arena,' " Roberts tells The Salt. "And I think it's a species for which the flesh trade is falling through the cracks," he says.

And, Roberts says, it's not just about conservation. "There's also a human health and safety issue, in that we don't know what kind of antibiotic residues may remain in these animals, whether these animals are in any way sanitary for human consumption," he says.

Although Born Free USA has heard some stories of lion meat being sourced outside Illinois, Roberts says he thinks a ban there "will dramatically reduce the number of lions being acquired for slaughter, the amount of lion meat being traded, and the demand for lion meat around the country."

Ultimately, if the U.S. lion meat trade is shut down by the FWS or Arroyo's bill, it probably won't be the biggest loss for foodies. Because, as Calleo puts it, "It's not the most exciting meat you'll ever eat. Predators aren't really that tasty."