Accessibility links
Food Fraud Database Lets Us All Play Detective : The Salt Spices colored with carcinogens? Milk that "never saw a cow"? A free global database opens the door on the many ways that people adulterate or fake food. 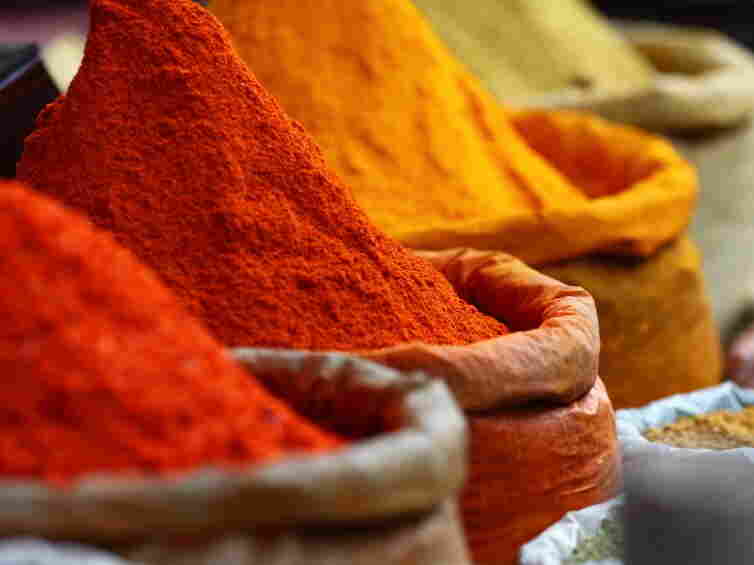 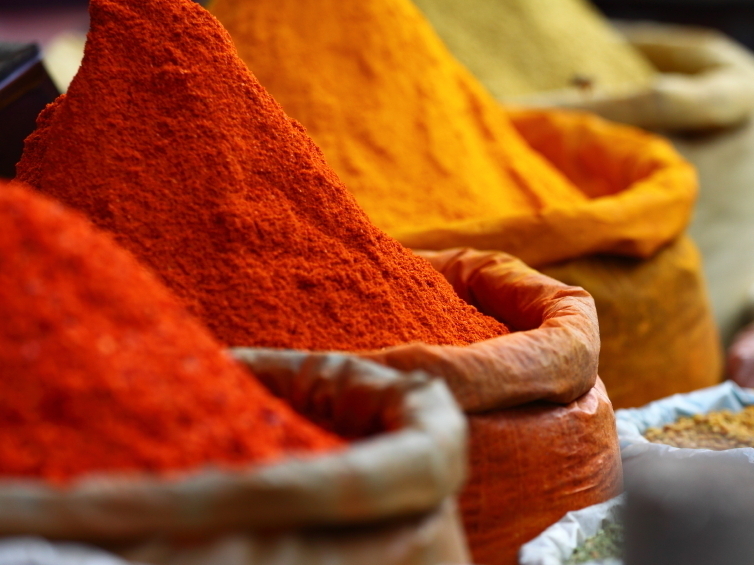 By now we know that not every food is what it seems.

Beef might be horse meat, and tuna might be much cheaper escolar. Extra virgin olive oil is often nothing of the kind.

But if you really want to get paranoid, peek into the USP Food Fraud Database. It's a searchable trove of humankind's ceaseless efforts to swindle, hoodwink and defraud with food, worldwide.

That's where I learned that hucksters sometimes use Sudan red dye to amp up paprika, which in its natural state is often a demure reddish brown. Sudan red is a potent carcinogen, banned for use in food worldwide. Eek!

Spices, milk and vegetable oils are the most common fraudulent foodstuffs, according to Markus Lipp, senior director of food standards for US Pharmacopeia. "If I go to India, I may find there is completely fake milk on the market," Lipp told The Salt. "Milk that never saw a cow."

The nonprofit organization makes its living by establishing industry standards for pharmaceuticals and foods. The food fraud database first launched in 2010, but a big upgrade in January added reports from scholarly journals and the media in 2011 and 2012. The list now includes about 2,000 foods. The goal is to be useful to regulators and purchasers, but since the database is free, we civilians can snoop around in it, too.

Price is clearly a driver of deception. Saffron is the world's most expensive spice, and efforts to fake it date back to the ancient Greeks. The USP database lists 109 phony saffron substitutes, including marigold flowers, corn silk, gypsum, chalk and strands of cotton or plastic thread.

To a lay person, the cost savings involved in some of these food scams seem hardly worth the effort. Or maybe it's just that the margins in the food industry can be so razor-thin that even a tiny profit margin is enough to encourage fakery.

Take clouding agents, for example. They're used to give juices, jams and sports drinks an appealing cloudy appearance. Palm oil, which is cheap and food safe, is frequently used. But the database details problems with palm oil being replaced by phthalates in Taiwan. Those are chemicals used in plastic manufacturing — they're not meant for human consumption — and there's concern that they could interfere with human hormones.

That kind of substitution may not be a concern in the United States. But we do have to deal with "maple" syrup that has no relationship to a tree, and watered-down lemon juice. Juices including apple and pomegranate are particularly vulnerable to fraud, Lipp says, and can be faked entirely with water, sugar and citric acid.

Food fraud sleuths can report incidents to the database.

"Everyone in the supply chain needs to work together and share information and maintain vigilance," Lipp says. "We cannot relinquish the safety of our food to adulterers."