Accessibility links
Forget Fish Fridays: In Louisiana, Gator Is On The Lenten Menu : The Salt Move over, tuna fish, shrimp and clam chowder. Alligator is here for your Friday Lenten meals, thanks to confirmation from the archbishop of New Orleans that it is, in fact, a seafood. 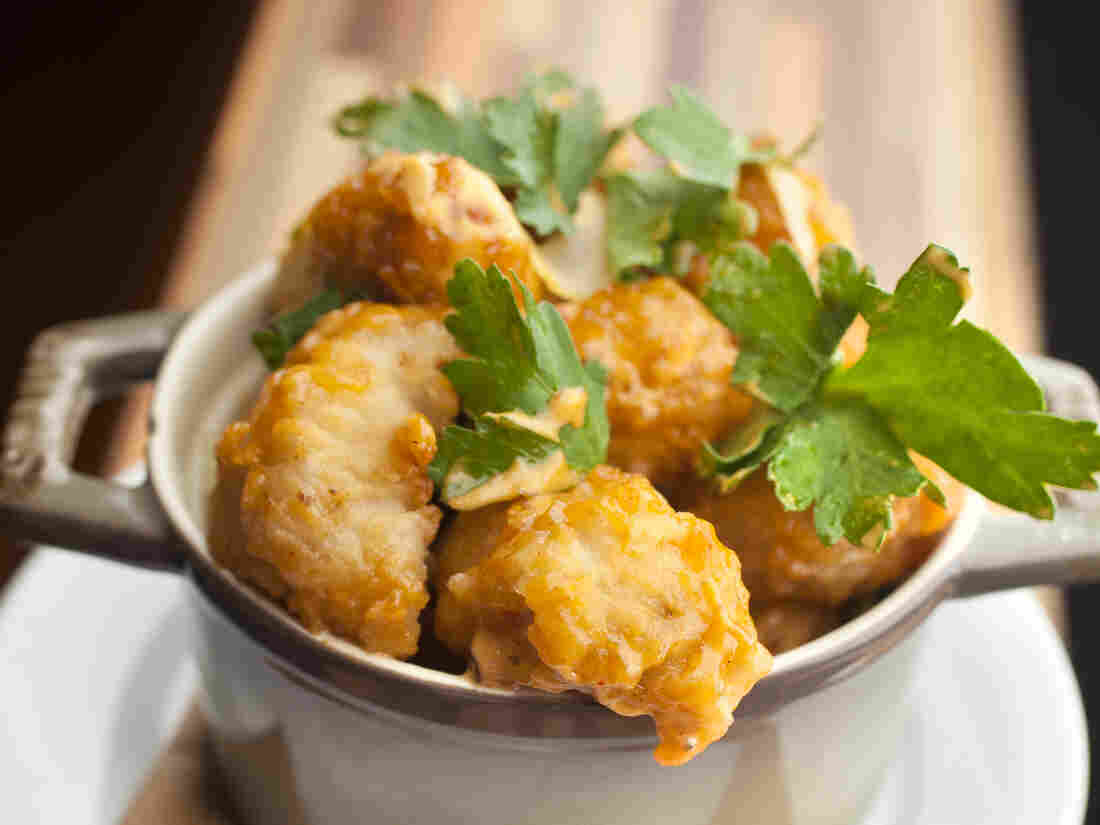 Tastes like chicken, but it's OK for Lent: Fried alligator, as served at New Orleans' Cochon restaurant. Chris Granger/Courtesy of Cochon hide caption 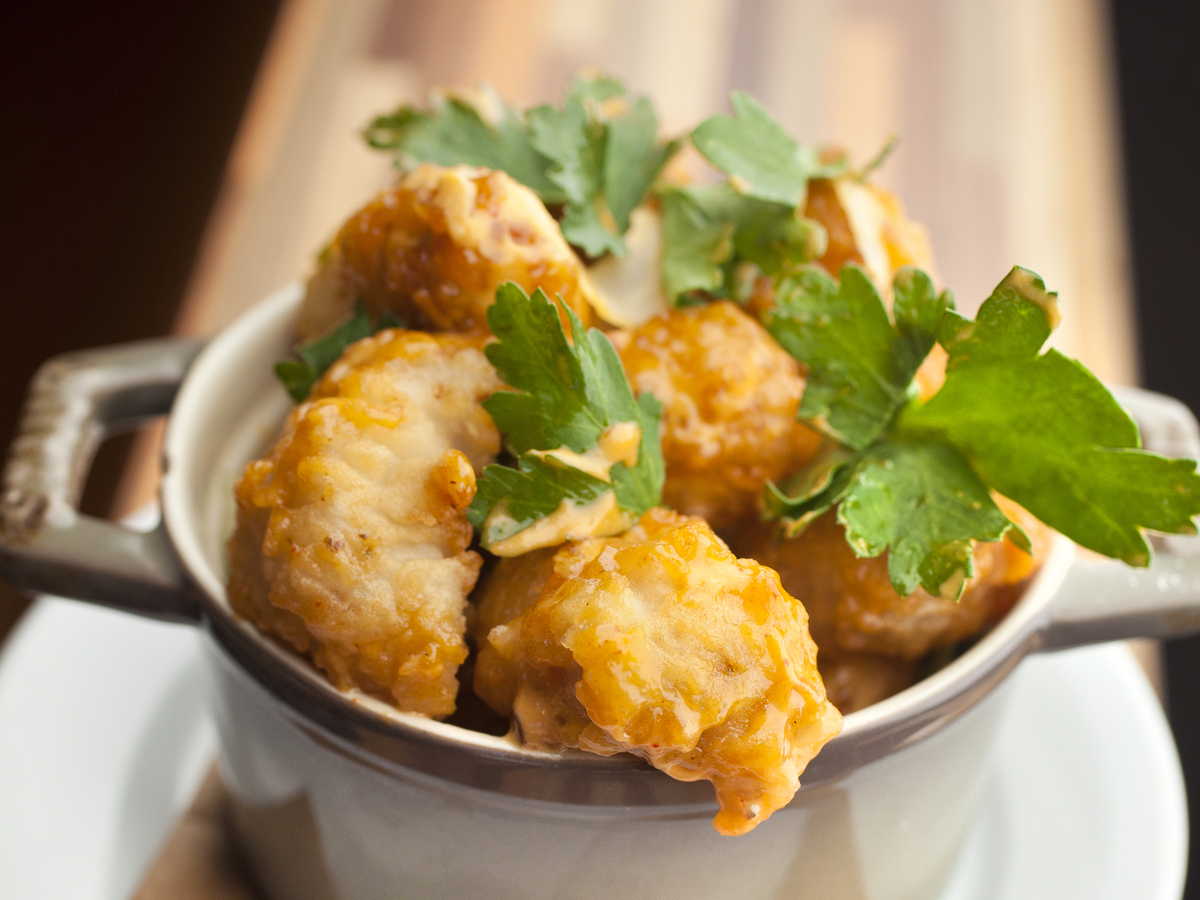 Tastes like chicken, but it's OK for Lent: Fried alligator, as served at New Orleans' Cochon restaurant.

Is it OK to eat alligator on Fridays during Lent? That question isn't just rhetorical in Louisiana, which has large populations of both Catholics and gators.

"Alligator's such a natural for New Orleans," says Jay Nix, owner of Parkway Bakery, which serves a mean alligator sausage po boy sandwich. "Alligator gumbo, jambalaya. I mean, it's a wonder that alligator isn't our mascot, you know?"

Catholics abstain from eating meat on Fridays during the time between Ash Wednesday and Easter, but seafood is allowed. Three years ago, when Jim Piculas was trying to settle a debate among his friends about whether gator qualified as seafood, he wrote a letter to the archbishop of New Orleans to ask.

His letter must have been pretty zealous, because not long after he wrote it, he got a response from Archbishop Gregory M. Aymond saying: "Yes, the alligator's considered in the fish family, and I agree with you — God has created a magnificent creature that is important to the state of Louisiana, and it is considered seafood."

Ever since the archbishop wrote to Piculas in 2010, the letter has been on the wall of the gift shop at Insta-Gator Ranch. This year, Piculas posted it on Facebook, and it went from being shared hundreds of times to making the news.

Articles on eating gator for Lent popped up everywhere, from CatholicFoodie.com to the Catholic News Agency. The extra gator marketing this Lenten season has been a welcome thing for Parkway and other restaurants in the city — like Cochon, with its fried alligator, and Jacques-Imo's, which serves alligator cheesecake.

Parkway's Nix says that in a culturally Catholic city like New Orleans — where even the nonreligious eat fish on Lenten Fridays — he gets slammed with seafood orders. And a bump in demand for gator might balance things out.

"Well, you would think that it would take some pressure off of our shrimp sales, because we could go through 3,400 pounds of shrimp a day," Nix says. "And so when Lent comes, it sort of gives us a little bit of the jitters."

But with all the gator fever, Archbishop Aymond has a reminder: Lent is about deprivation, remember?

"Abstinence and fasting is supposed to be a sacrifice," he said recently, speaking on member station WWNO. "Quite frankly — and I can say this because I'm from New Orleans — having to fulfill this law or this guideline ... of abstinence of meat on Friday is no sacrifice whatsoever. That's the reality of it."

In New Orleans, it might take going vegetarian for Catholics to really feel deprived.