Accessibility links
Mapping The Microbes That Flourish On Fruits And Veggies : The Salt Salad is not just a food; it's home to a flourishing community of mostly benign microbes. A new inventory finds surprising differences in the bacteria growing on popular fruits and vegetables. 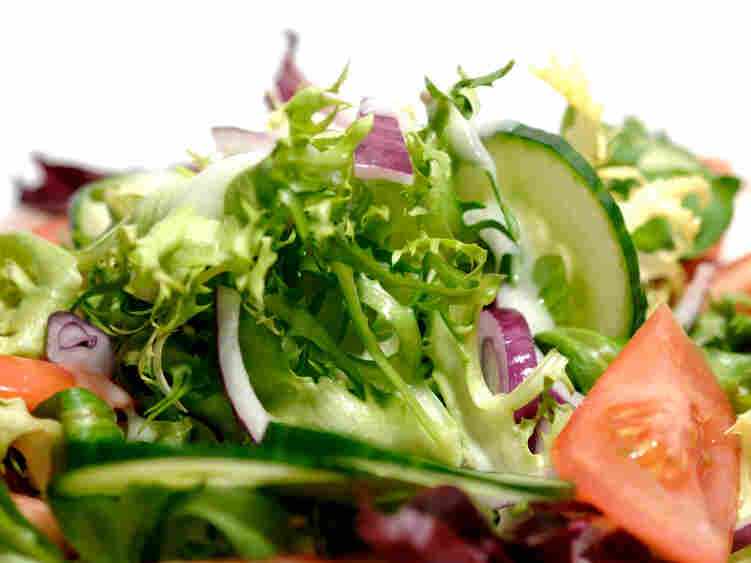 You call it salad. The bacteria call it home. iStockphoto.com hide caption 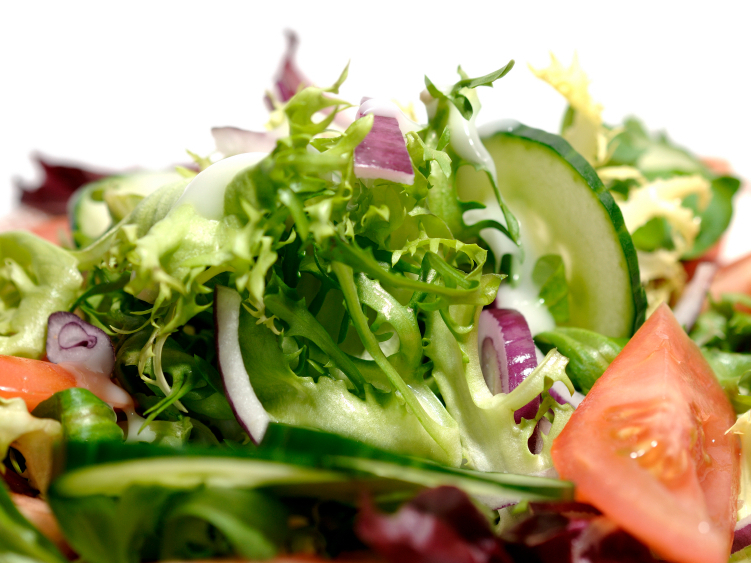 You call it salad. The bacteria call it home.

Deadly microbes like salmonella and E. coli can lurk on the surface of spinach, lettuce and other fresh foods. But many more benign microbes also flourish there, living lives of quiet obscurity, much like the tiny Whos in Dr. Seuss' Whoville. Until now.

Scientists at the University of Colorado have taken what may be the first broad inventory of the microbes that live on strawberries, lettuce, tomatoes and eight other popular fresh foods.

It turns out the invisible communities living on our food vary greatly, depending on the type and whether it's conventional or organic.

Mung bean sprouts, for one, harbor very different bacteria than alfalfa sprouts. Grapes, apples and peaches house a greater variety of bacteria than veggies. And mushrooms are living in a microbial room of their own, sharing very few bacteria with the other foods tested.

That's quite different from strawberries, tomatoes and spinach. They had similar surface bacteria, with most coming from one family, the Enterobacteriaceae. That family includes E. coli but many, many other harmless and perhaps beneficial bacteria, too. Enterobacteriaceae was also the most common family, accounting for about one-third of all the microbes overall.

The good news: Most of the bacterial horde is benign.

Still, the sprouts "had a pretty high number of different types of bacteria associated with them, especially alfalfa sprouts," according to Jonathan Leff, an associate scientist at the Cooperative Institute for Research in Environmental Sciences at the University of Colorado, who led the study.

Dangerous bacteria on sprouts have caused numerous outbreaks, including one in Germany that killed at least 31 people.

Is that good? We don't know. And we also don't know why they're different. "We can't say that this is attributable to the farming practice itself," Leff told The Salt. "It could be transport and storage."

Also on the don't-know list is how the differences in fruit and vegetable microbiomes affect human health. "We can't say how we should act in terms of our daily purchases or how we eat," Leff says.

But understanding the microbiomes of fruits and vegetables, he says, may ultimately make it possible to figure out ways to delay spoilage in fresh produce, or to learn how the food bacteria interact with each other and with the millions of bacteria in the human gut.

The researchers published their results in the online journal PLoS One.