Accessibility links
Edible Spray Paint: Give Your Foods The Midas Touch : The Salt Food dyes just got easier for the average Joe. A new metallic food spray in a can from a German company may make it easy for non-pros to create shimmering looks. But who uses this stuff?

Edible Spray Paint: Give Your Foods The Midas Touch

Edible Spray Paint: Give Your Foods The Midas Touch 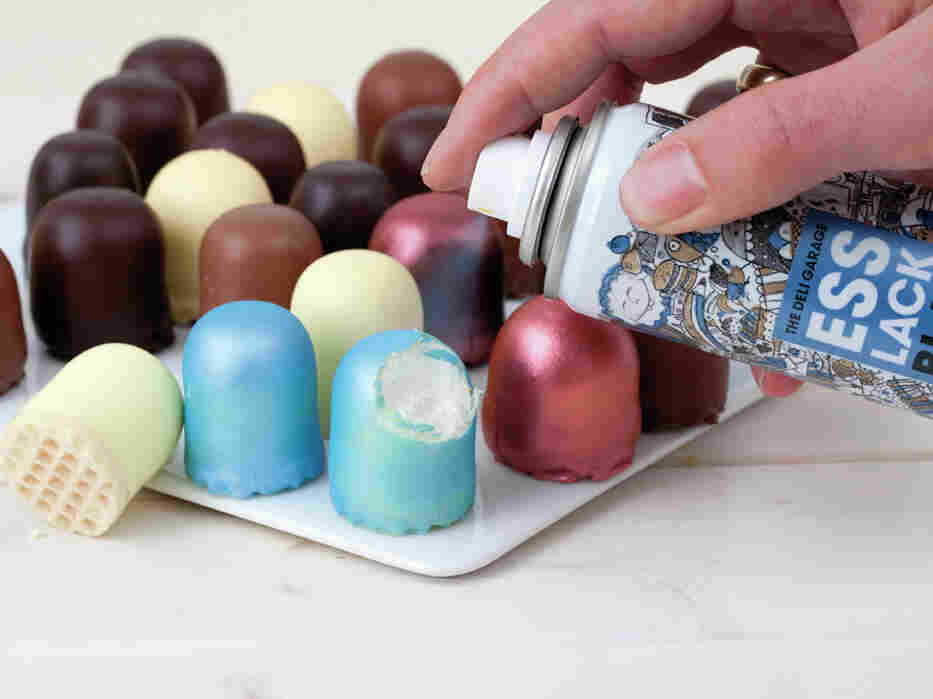 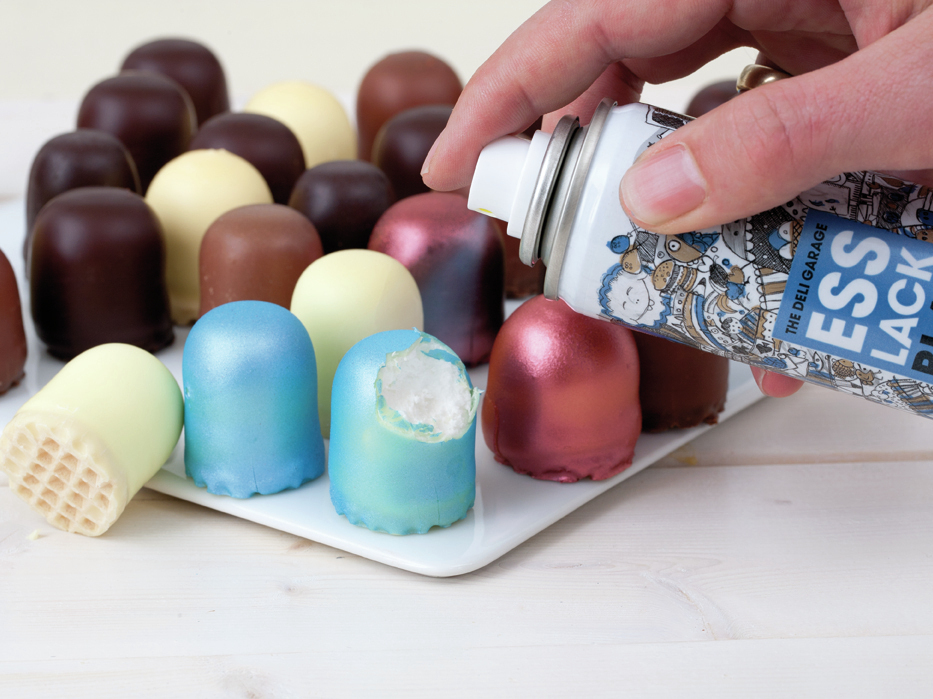 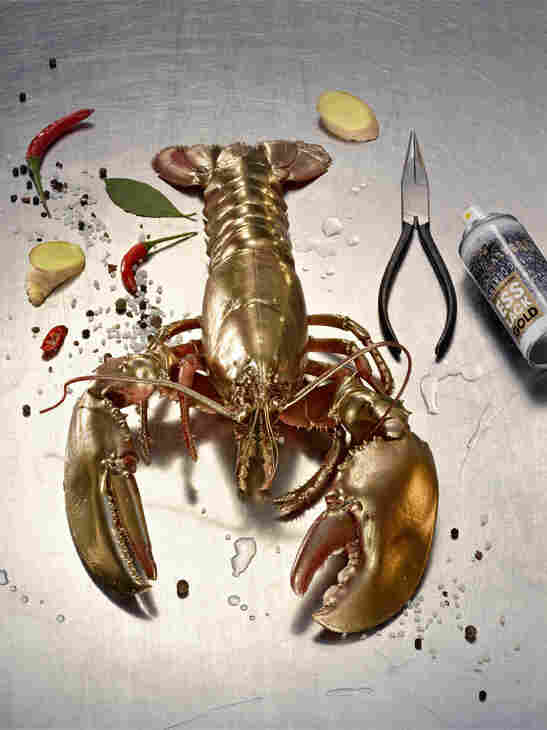 Get this golden lobster. courtesy The Deli Garage hide caption 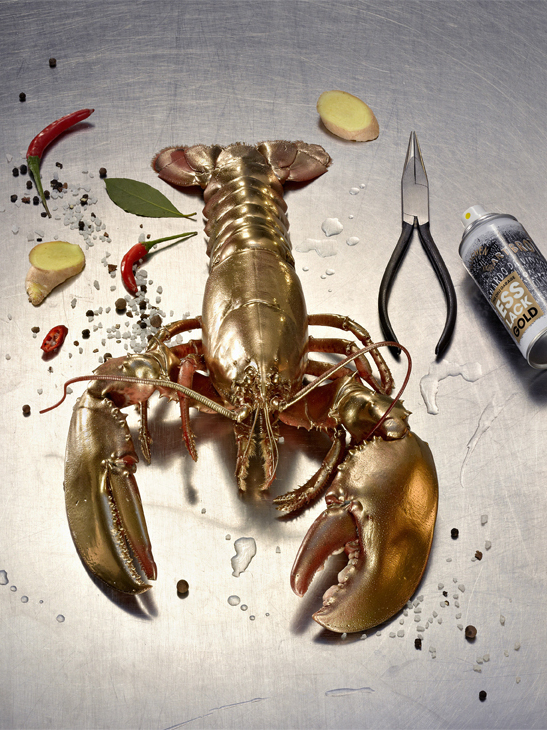 Get this golden lobster.

If that old James Bond villain Goldfinger had been a gourmand, I think I know what tool would be in his kitchen arsenal.

Ess Lack, or Food Finish, is an edible spray paint that turns your meals into metallic bites of luxury. Lobster not decadent enough for you? Why not turn that crustacean golden?

The product was inspired by the famed golden goose that has adorned European holiday feasting tables (or at least European imaginations) for centuries, says Arne Taegen of The Deli Garage, the German food company behind Food Finish.

It works like a basic spray can, making it practically foolproof, even if you're not a professional chef. "Just spray it on whatever you wish to decorate, give it some time to dry, and there you go!" Taegen says.

Now, we know food dyes for the masses are nothing new. Celebrating St. Patrick's Day has now morphed into people creating as many weird green products as possible, from chicken to beer. And of course, there are Easter egg dyeing kits galore. But the professional look of these metallic gold, silver and blue hues caught our eye.

Gold is the best seller, and it's flavorless, Taegen says.

The spray does contain food dyes and ethanol. "That is just necessary to create the effect we want to create," he says. 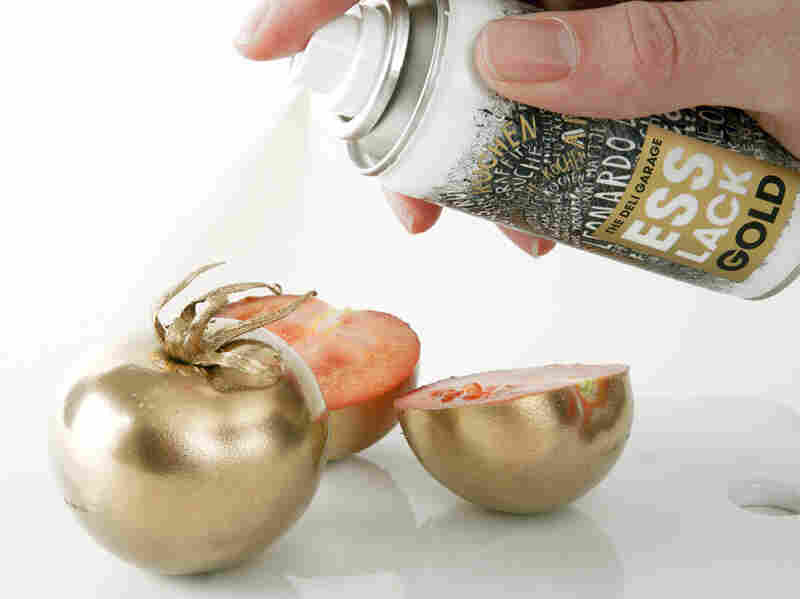 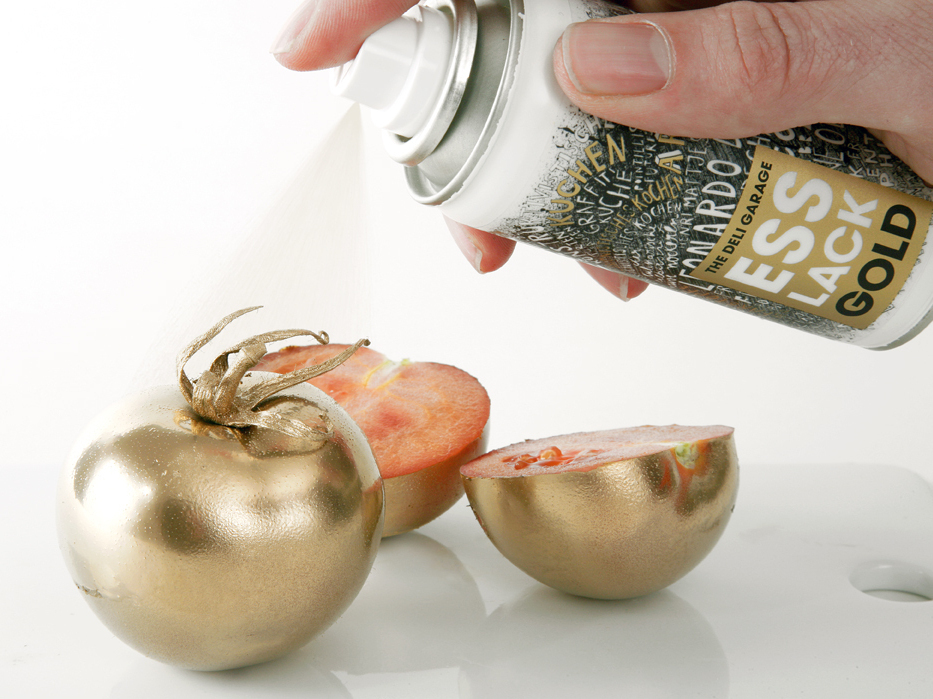 When red tomatoes are too ordinary, go gold.

For now, the product is only available in Europe, where buyers include everyone from bakers to families decorating Christmas cookies, he says.

In the U.S., we are both massive consumers of food dyes — consumption has gone up fivefold in the past 50 years, says the Center for Science in the Public Interest — and fearful of its effects.

The Food and Drug Administration says it has not found convincing evidence that food dyes lead to hyperactivity in kids, although plenty of parents and some experts make the link. And just this week, the bloggers behind a campaign that has garnered more than 270,000 signatures on Change.org met with officials at Kraft Foods to demand the company remove artificial food dyes from its bright yellow-orange Macaroni & Cheese. (Kraft declined.)

So it will be interesting to see how Food Finish will fare in this atmosphere. For now, though, it's not available in the U.S.

"Due to the packaging in a can, they treat it as a dangerous good, which makes the shipping to the U.S. impossible at the moment," Taegen says. "Our manufacturer is working on the needed documents to be able to ship it overseas, though."

He says the company has done extensive testing on its products and has received no complaints.