Accessibility links
From Vine To Pen: When Your Drink Is In The Ink : The Salt Alcohol has bolstered many writing sessions throughout history — not just as a drink but as an ink. For most of the last millennia, writers, artists and kings alike relied on an ink that commonly included wine. Now some people are trying to bring this tradition back.

From Vine To Pen: When Your Drink Is In The Ink

From Vine To Pen: When Your Drink Is In The Ink 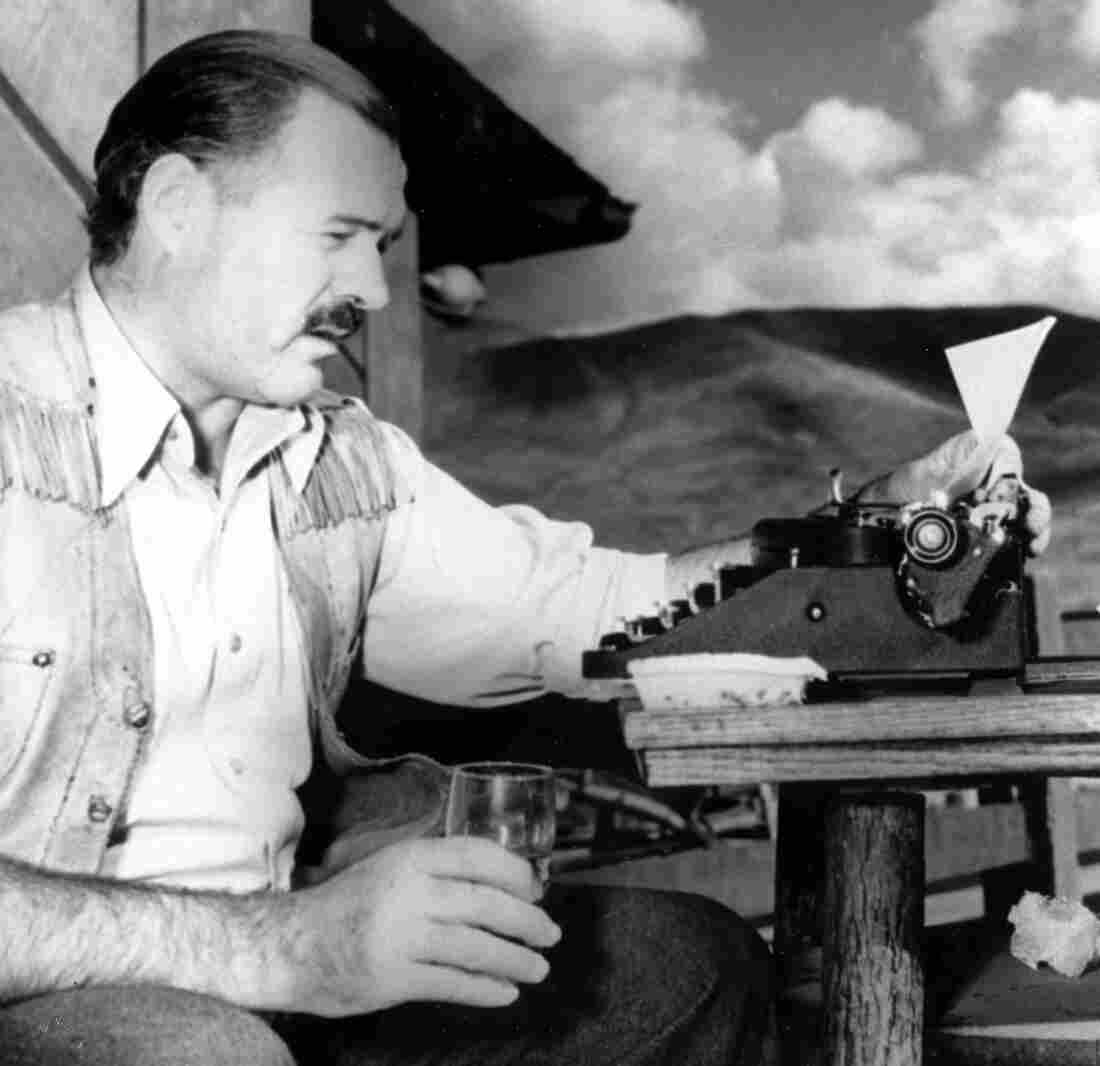 Ernest Hemingway once said, "A man does not exist until he is drunk." AP hide caption 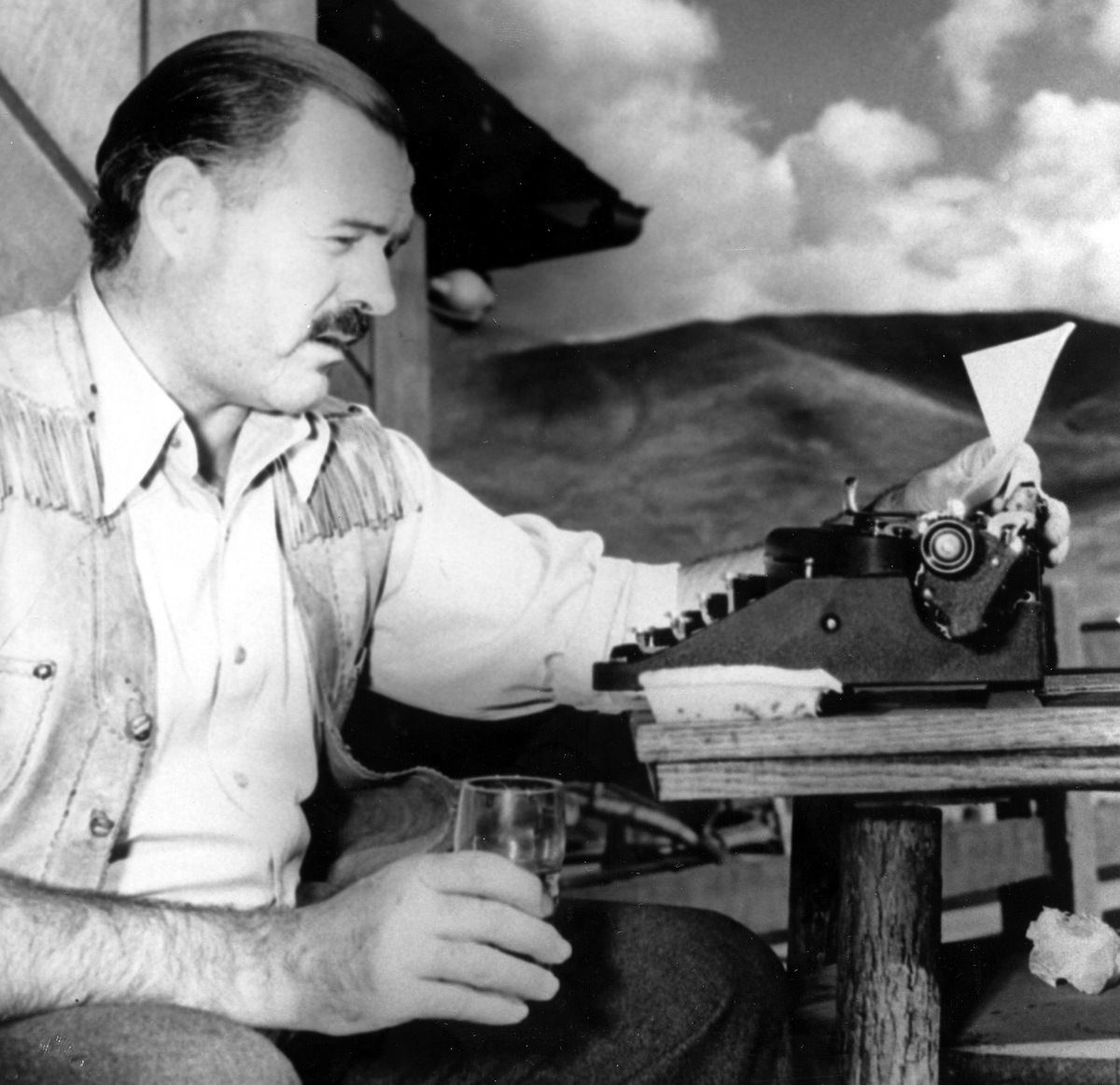 Ernest Hemingway once said, "A man does not exist until he is drunk."

Sure, we all know alcohol has fueled plenty a writing session. William Faulkner — who once said, "civilization begins with distillation" — was known to have kept a bottle by his side while he typed away throughout his writing career.

But for centuries, writers relied on alcohol to keep the words flowing in a far less boozy form than the Burroughs and Hemingways of literary history: the wine ink pen.

Wine, it turns out, was a key ingredient in many recipes for iron gall ink — for all you non-ink nerds, that was the writing ink used by most of the Western world from the Middle Ages all the way up to the 19th century.

"Anyone anywhere near famous will have something in iron gall ink," says Elmer Eusman, head of the conservation division at the Library of Congress.

A 1297 copy of history's great political document the Magna Carta was penned in the stuff. Van Gogh drew with it, Da Vinci jotted notes with it, and Bach composed with it.

"The practice of adding wine into historic inks was quite widespread," says chemist Matija Strlic, a senior lecturer at University College London who has worked with historic parchments and inks.

The chemistry involved can get pretty wonky, but basically, the wine was believed to make the coloring agents in ink more stable. Wine was also considered a purer solvent than water. And iron gall inks were prized because they were so indelible.

So why did these inks fall out of favor? Sadly, they didn't play nice with the newfangled steel pens of the 19th century, says Abigail Quandt, head of book and paper conservation at the Walters Art Museum in Baltimore. The inks corroded the writing implements, so different formulations had to be developed.

Which conservators would probably say is a good thing. The inks weren't just corroding pens, but also the paper on which historic documents were written. In some of Rembrandt's drawings, for example, the ink has made the paper fragile and brittle, Eusman says.

Still, the wine ink tradition is not completely dead.

Recently, Spanish winery Casa Mariol unwittingly revived it when it decided to send pens filled with a cabernet sauvignon-based ink to potential clients as part of a new marketing scheme.

"You cheer with wine after an agreement and, with our wine pen, you can even sign the agreement with the wine," Miguel Angel Vaquer — who runs the family business with his siblings — tells The Salt in an email. He didn't mention whether the pens had drummed up wine sales, but he did say that people around the world have been asking about buying their wine ink pens.

It's not clear how long interest will last, if recent history is any guide. Brian Goulet says he used to stock wine inks from a German company for his Goulet Pen Co. but doesn't anymore. Apparently, they didn't sell very well.

"As fountain pen inks, they performed OK," he says. "It was more the novelty of the fact they smelled like the wine they were made from that appealed to people."