Accessibility links
Freezing Food Doesn't Kill E. Coli And Other Germs : The Salt An outbreak of E. coli in frozen pizza, cheesesteaks, and other foods makes it clear: Just because the freezer's frosty doesn't mean it can kill microbes that cause food-borne illness. 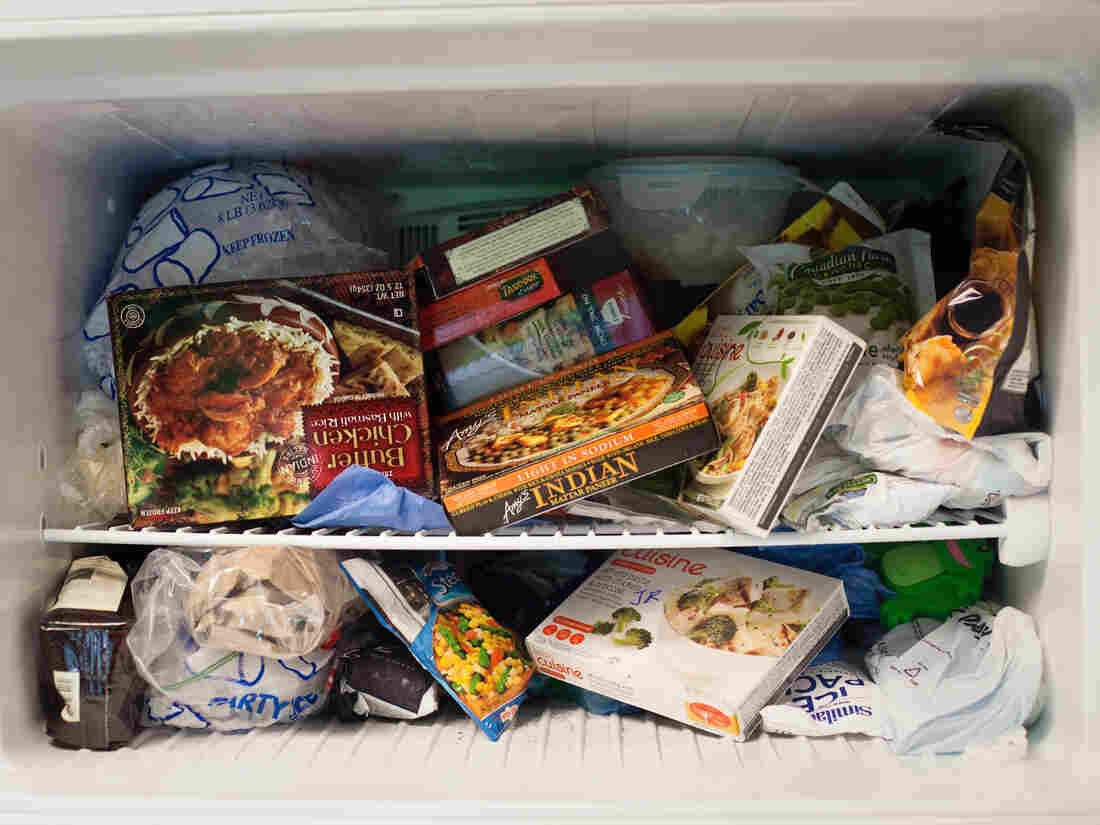 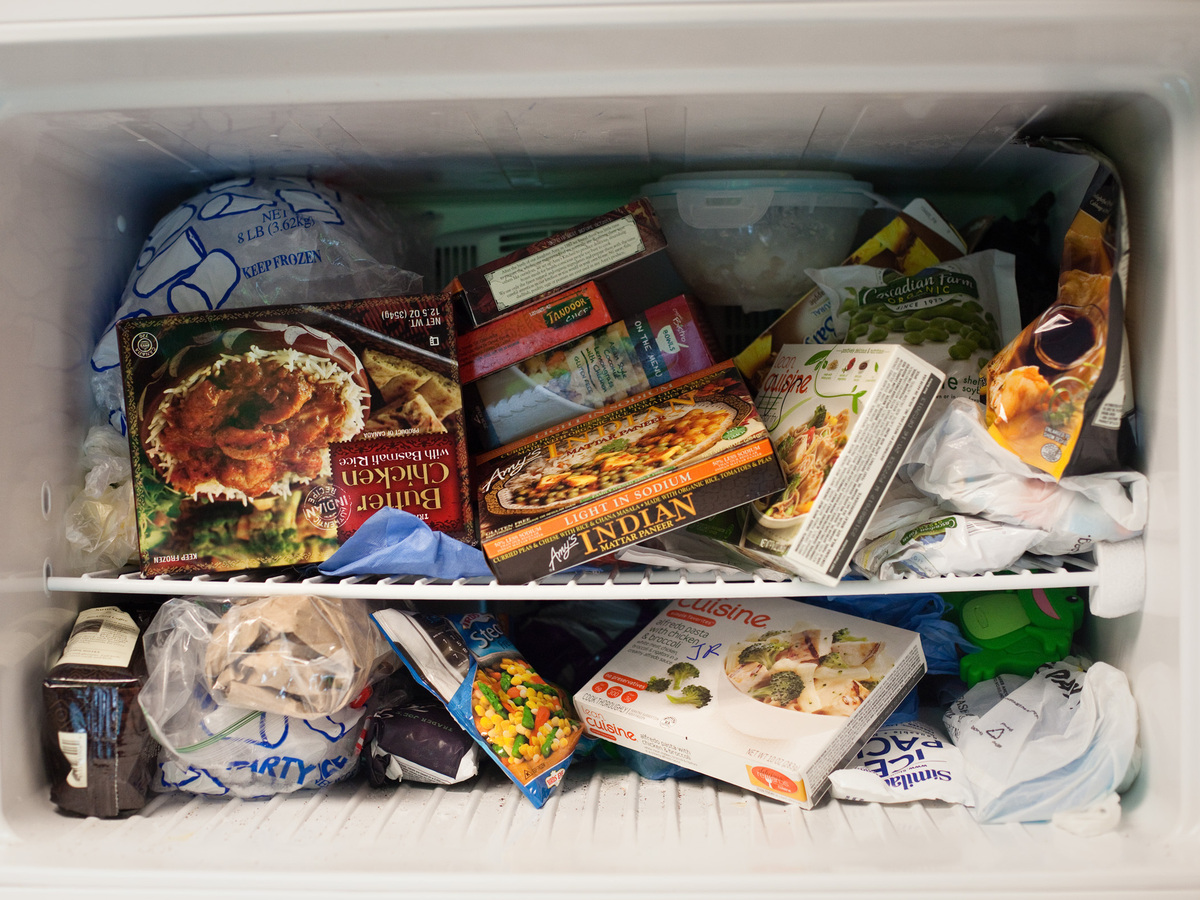 The NPR Science Desk freezer: now we know we can't presume it's germ-free.

That's the lesson from the new E. coli outbreak caused by frozen chicken quesadillas and other snacks that has sickened 24 people in 15 states.

Freezing does slow down the microbes that cause food to spoil, but it's pretty much useless for killing dangerous bugs.

"It actually does a pretty good job of preserving many of the pathogens and microbes that will cause problems later if thawed out," says Trevor Suslow, an extension research specialist at the University of California, Davis, who studies food safety.

The strain of E. coli — shiga toxin-producing 0121 — involved in the current outbreak hasn't been seen in frozen food before, but other pathogens have caused illness through frozen foods like pot pies, says Martin Wiedmann, a professor of food science at Cornell University. He is working with Rich Products Corporation of Buffalo, N.Y., producer of the foods involved in the outbreak, to figure out the source of the contamination.

A product recall first issued last week was expanded Thursday to include all food produced at the company's Waycross, Ga., plant. Its frozen snacks, cheesesteak sandwiches, and the like are sold nationwide.

Weidmann also wasn't surprised to hear that frozen food could harbor E. coli. "We store a lot of microbes in the lab," he says. "The easiest way is at minus 80 degrees."

But while freezing doesn't defeat pathogens, heat will.

Bacteria die if they're heated to 165F. Cooking instructions on frozen food packages are designed to deliver a temperature of 165F to the coldest part of the product, according to the Grocery Manufacturers Association.

The foods involved in this outbreak are all meant to be cooked, not just warmed up, before they're eaten. Snacky foods like mini pizza slices and cheese steaks implicated in the outbreak are often heated in microwaves, and microwave ovens are notorious for heating food unevenly. Thus the sometimes-intricate package instructions involving turning, stirring, and waiting.

The median age of the people who have fallen ill is 17. It's easy to imagine a scenario where a hungry teenager briefly nukes the pizza dippers and dives in. That's not to say that's what happened in this outbreak. "I don't mean by any stretch to imply that the consumer is at fault here," Wiedmann says.

But safe equals piping hot when it comes to frozen foods. Wiedmann says the most foolproof way to do that is to give up the convenience of the microwave and put foods that require cooking in the oven for a good hot bake.

"With a frozen ready-to-cook food, I would always go with the stove, not the microwave," he says.