Accessibility links
NYC's Fast-Food Workers Strike, Demand 'Living Wages' : The Salt Fast-food workers in New York City are on strike for the second time in six months, demanding higher wages that they can live on. Workers complain that $7.25 an hour, New York's current minimum wage, is not enough to live in the city. 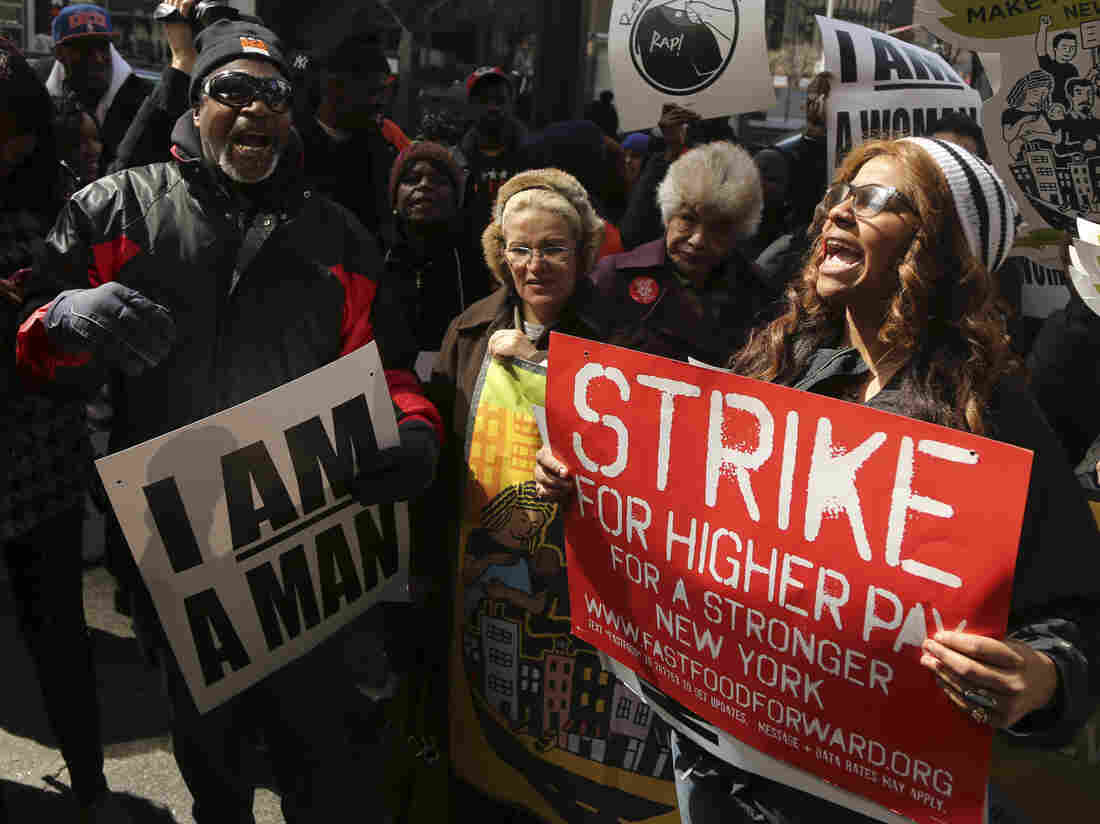 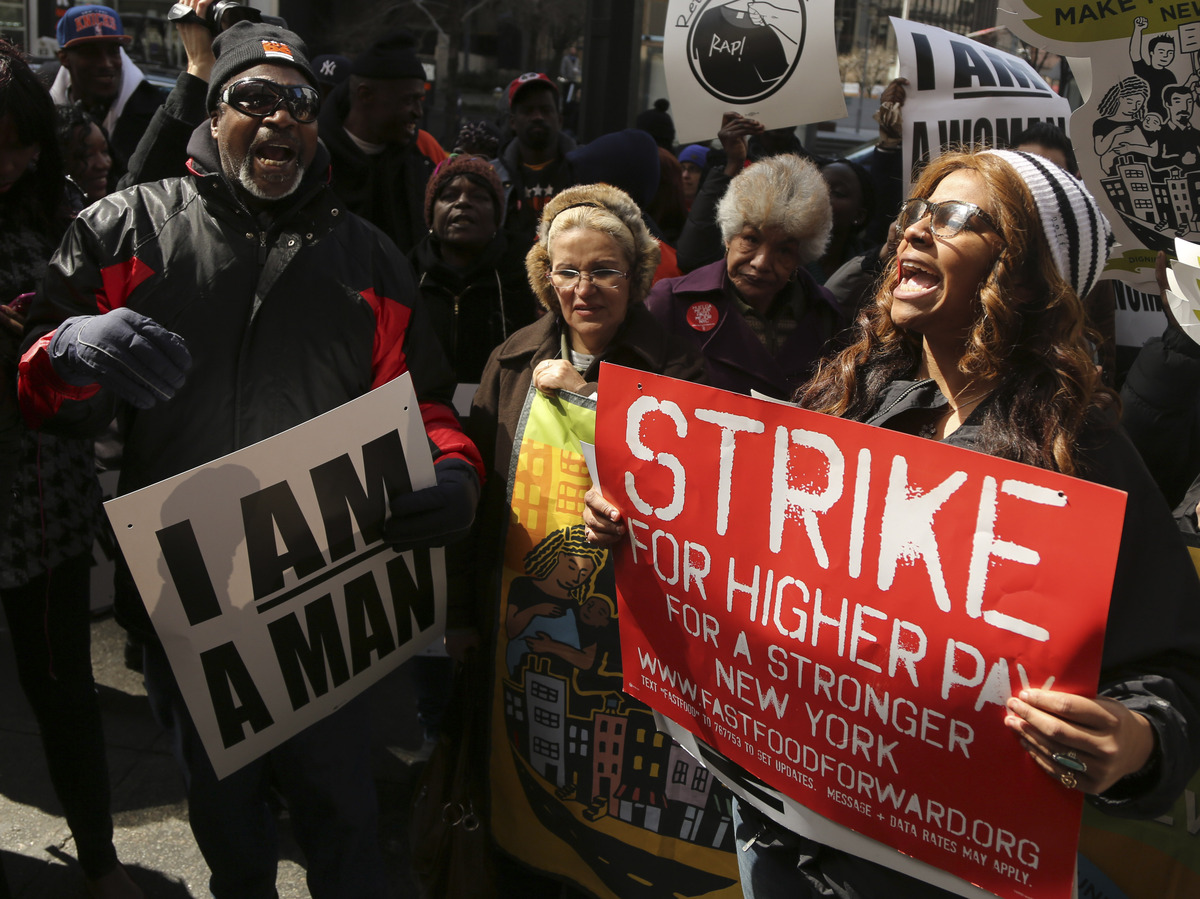 Fast-food restaurants were a little bit slower Thursday in New York City. Hundreds of workers staged a one-day strike in what organizers are calling the biggest job action ever in that industry. It's a growing segment of the economy, but workers complain that fast-food jobs don't pay enough to survive in New York City.

The current minimum wage in New York is $7.25. That's what many fast-food workers in the city earn, including Joseph Barrera, who works at a KFC restaurant in Brooklyn. He thinks fast-food companies can afford to treat their employees better.

"We help them earn those billions of dollars that give them the lifestyle that the CEOs get. They earn million-dollar paychecks, so why can't they give us something that we can live on?" says Barrera.

This is the second time workers at fast-food restaurants around the city have walked off the job in the past six months.

Jonathan Westin is a campaign manager for Fast Food Forward, the group that organized both strikes. It's calling for fast food restaurants to pay a so-called living wage of $15 an hour.

"It's not teenagers working after-school jobs," says Westin. "It's adults with families that are trying to take care of their kids and can't put food on the table. They can work here for 10, 15 years and still be making the same wages as when they started."

Want To Find A Restaurant That Treats Workers Well? There's An App For That

Shenise Hendricks and Lourdy Eferance have both worked at a Wendy's restaurant in Brooklyn for four years. Hendricks is paid $8 an hour and Eferance is paid $7.50 an hour. They say that it's a struggle to live in New York on this salary.

And Wendy's isn't an easy place to work, says Hendricks. For example, if she tries to call in sick to work, she gets written up.

Wendy's declined to comment for this story. In fact, none of the fast-food companies we called wanted to be interviewed.

In a statement, a spokesman for Burger King says the company has provided "an entry point into the work-force for millions of Americans," including many who went on to be franchise owners.

According to strike organizer Westin, the fast-food industry is one of the few sectors of the economy that are growing quickly. Tens of thousands of fast-food workers are employed in New York alone.

"Folks can't just move on to other jobs," says Westin. "If they could, they probably would have, because the conditions are so bad. The problem is, these are the jobs that are out there. There's really nowhere to go." And while corporations are recovering, the working class is not, he adds.

New York's minimum wage is already set to rise to $9 an hour over the next three years. But according to Westin, that change will be too little, too late for many of those who are striking today.