Accessibility links
Earliest Cookware Was Used To Make Fish Soup : The Salt Humans were using cookware as early as 15,000 years ago, according to a new analysis of ancient Japanese ceramic pots. Those first meals? Fish soup. 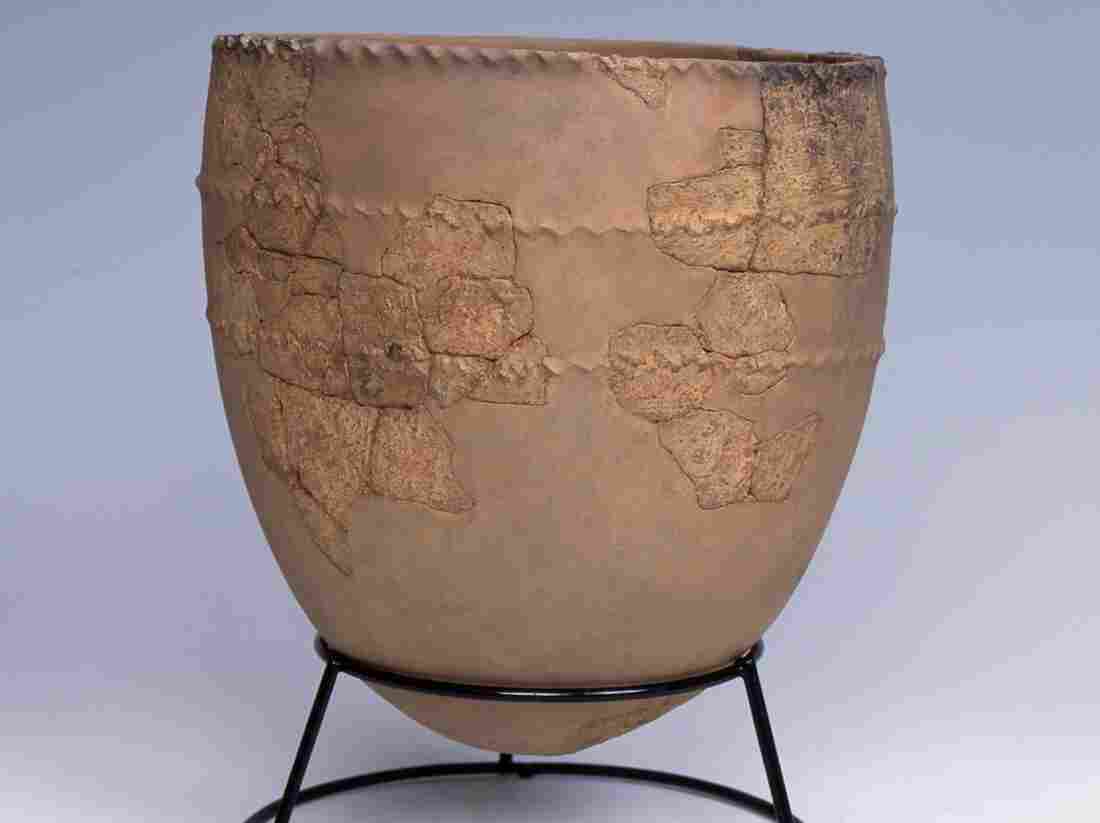 Pots like this 15,000-year-old vessel from Japan are among the world's earliest cookware. Tokamachi City Museum hide caption 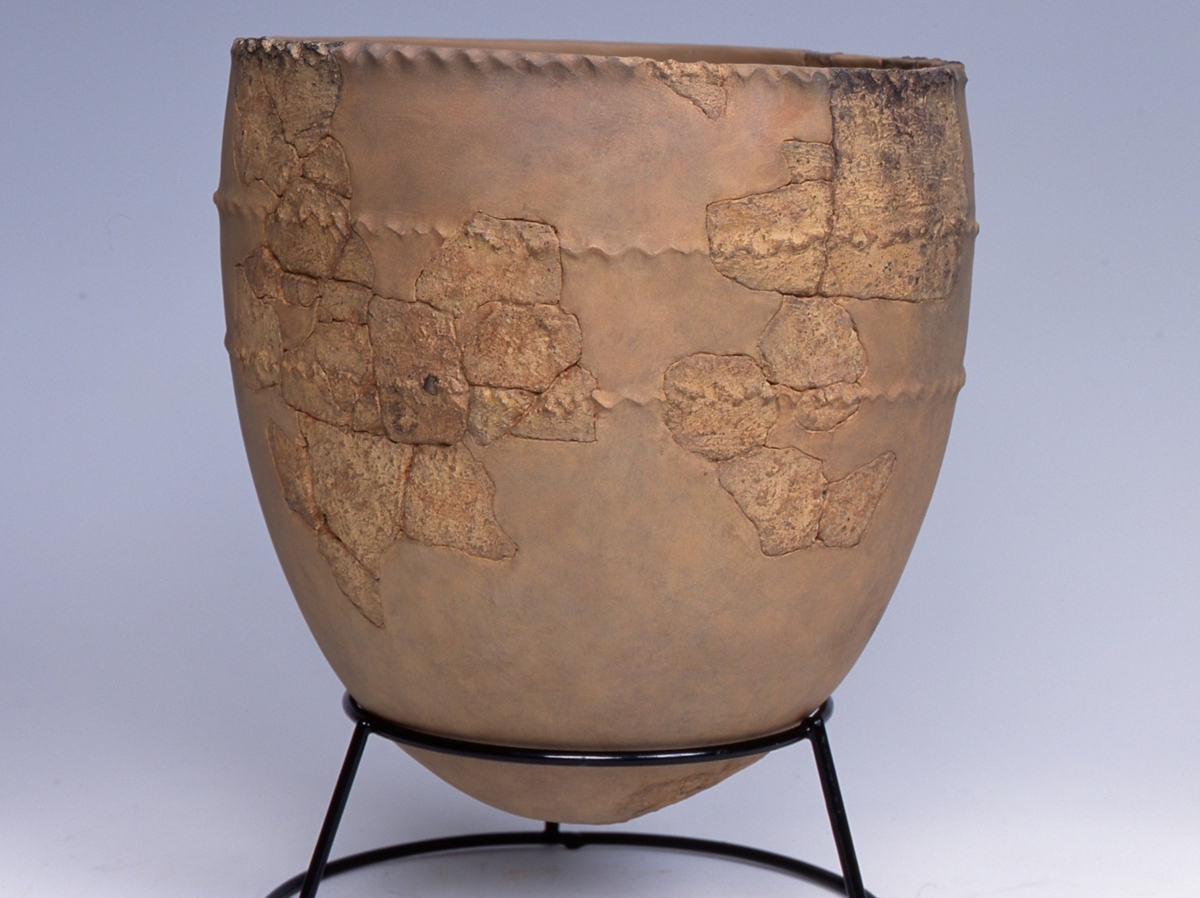 Pots like this 15,000-year-old vessel from Japan are among the world's earliest cookware.

Roasted fish on a stick is OK, but wouldn't it be nice to be able to cook up some fish soup?

That's what might have crossed the minds of hunter-gatherers who made the world's first cooking pots. A new analysis of pottery made 15,000 years ago in what's now Japan reveals that it was used to cook seafood, probably salmon.

Not so long ago, scientists thought hunter-gathers were too busy roaming and foraging to invent cookware. But more recent archeological discoveries in China and Japan suggest that people were making ceramic containers as early as 20,000 years ago, long before the advent of farming.

What were they cooking? Speculation first centered on nuts and plants. But this new study, published online in the journal Nature, says it was fish soup.

To find out, a multinational team analyzed the residue on pot shards found in 13 places in what's now Japan. They were made 15,000 to 11,000 years ago.

About three-quarters of the 101 shards had traces of carbon and nitrogen, suggesting that they were used to cook food from fresh or salt water. Many had traces of marine fatty acids, while only one had fatty acids typical of a grazing land animal.

The high nitrogen levels suggest that the foods cooked were something that ate other fish, rather than mollusks, according to Oliver Craig, an archaeologist at the University of York in England, and a co-author of the study.

"As some of the vessels were found some distance from the coast and still had marine signatures," he says, "we think this may be from salmon, as these animals spend most of their lives feeding in marine environments before migrating up stream."

Evidently, these earliest cooks weren't too keen on dishwashing. But their neglect is science's gain.

Cooking food makes nutrients more readily available and is thought to have given early humans an evolutionary boost.

And cooking food in a pot conserves more nutrients than grilling, according to Peter Jordan. He's director of the Arctic Center in Groningen, Netherlands, and another co-author of the study.

With grilling, he says, "lots of nutrients run away into the fire and are lost. Whereas if you cook in a container, all the nutrients, the oils and the fats, are retained."

Clay pot cooking is also more efficient, because people could park the pots on the coals and let them simmer away, freeing up time for other tasks. Crockery cooking, he says, is "enormously beneficial."