Ever since Neanderthal man first cooked mammoth eggs over a fire, we've been looking for newer and better ways to cook eggs. Finally, the Egg Rollie is here. Take a second to watch the video above, then recoil in horror, then read our review.

Ian: "EGG-cellent!" I love the way it "EGG-scretes" the eggs!

Miles: Say what you will, this is significantly more successful than the time I tried to make an omelet in my toaster.

Eva: You should see the chicken this came out of. 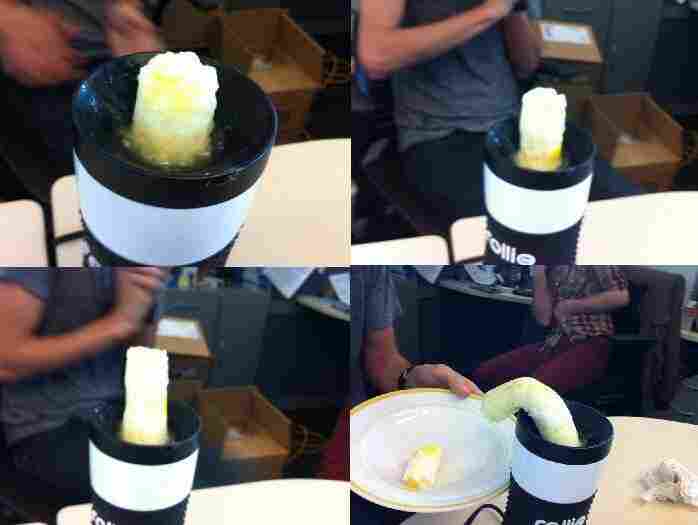 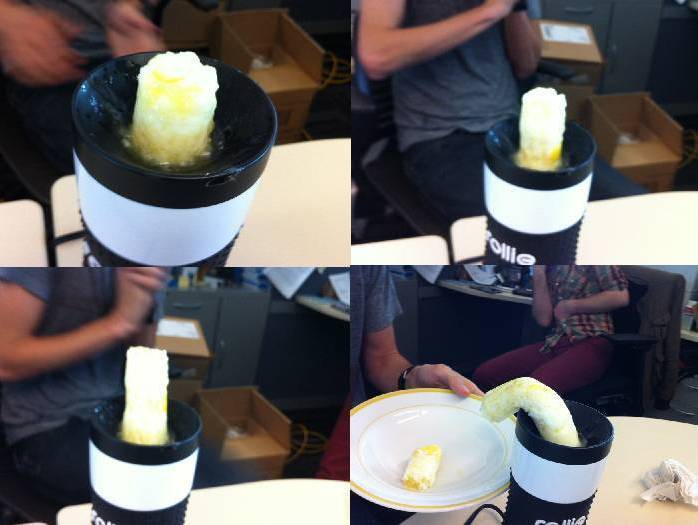 It is really amazing to watch it work. You drop in a couple eggs, and about seven minutes later, they rise, all on their own, like an egg snake, obeying the flute of its egg snake charmer.

Ian: It's like a missile silo for World War Egg.

Miles: We really should've known something was up when every recipe in the cookbook started, "Cook eggs in something other than the Rollie."

Robert: Oh, look what it says on the box: "Winner of the Most Likely To Maintain Its Shape Through Your Entire Digestive Tract Award." 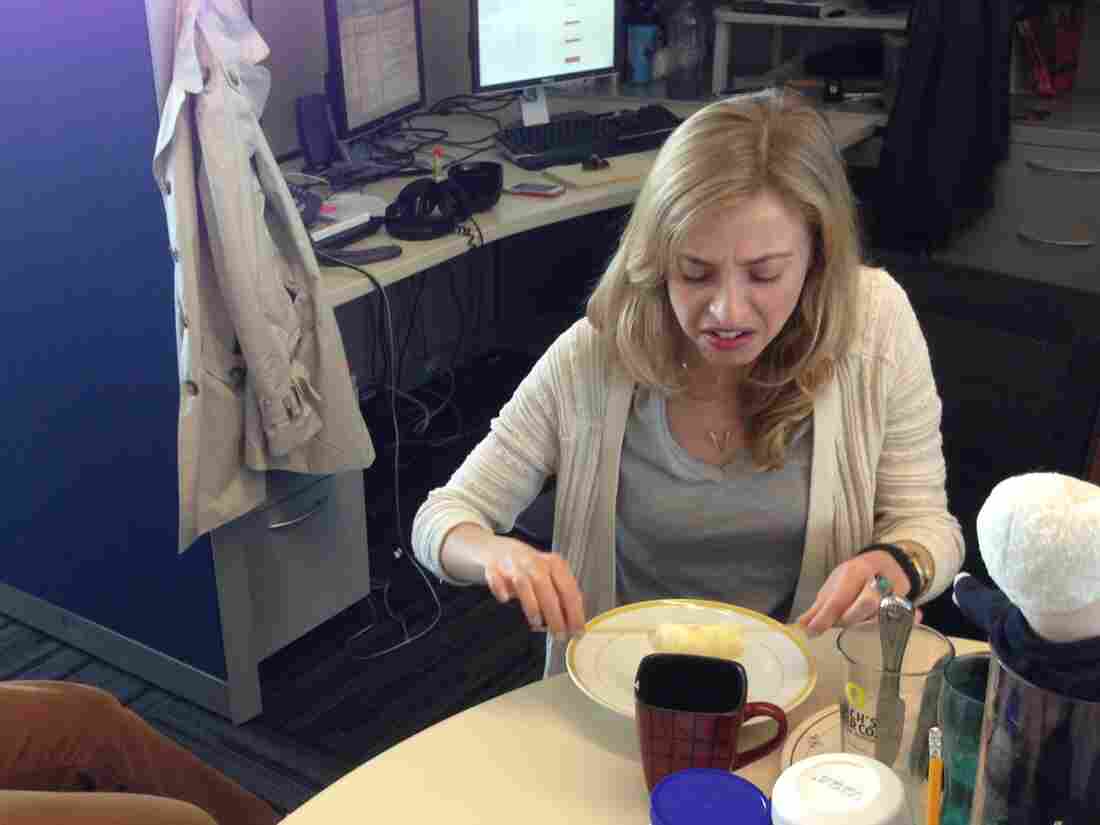 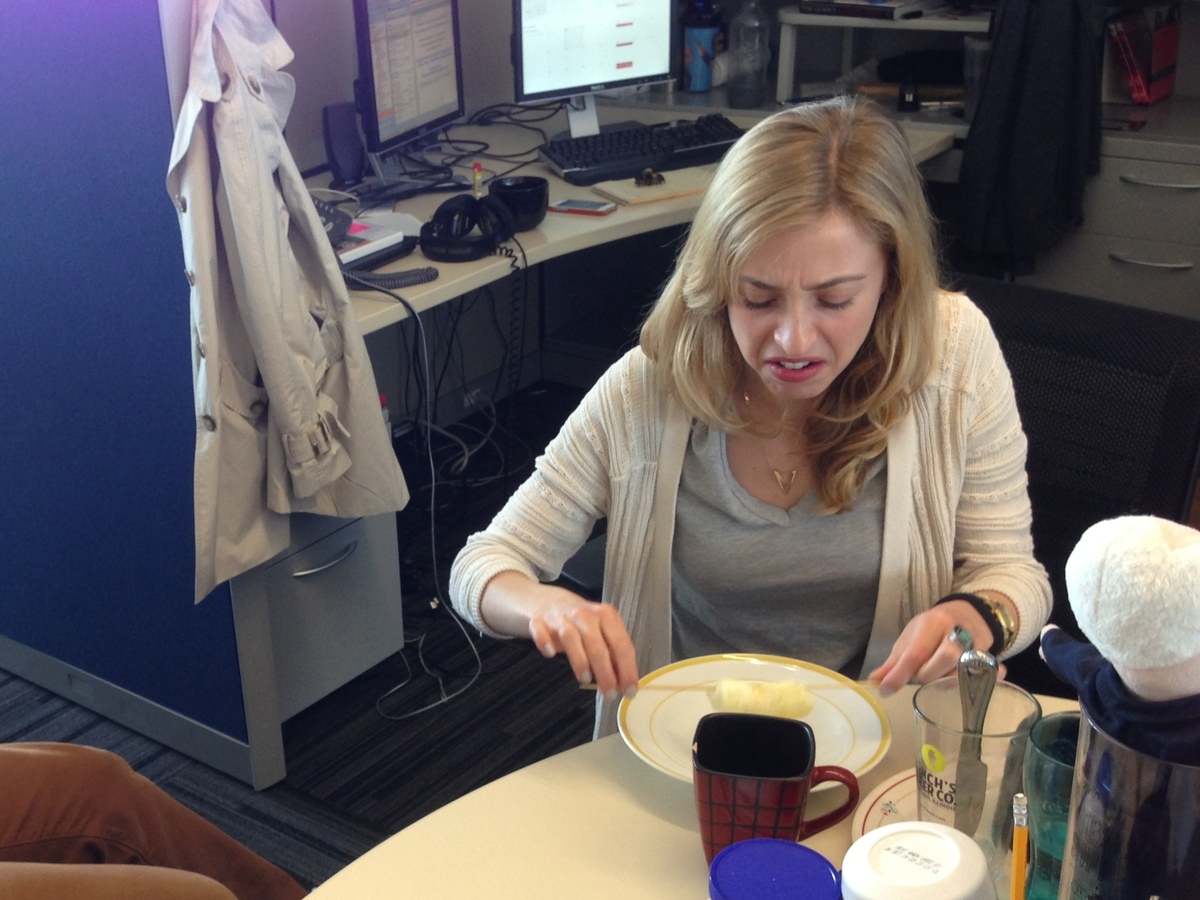 Robert: It's not the kind of deviled egg I'm used to, but at least it really does come from Satan. 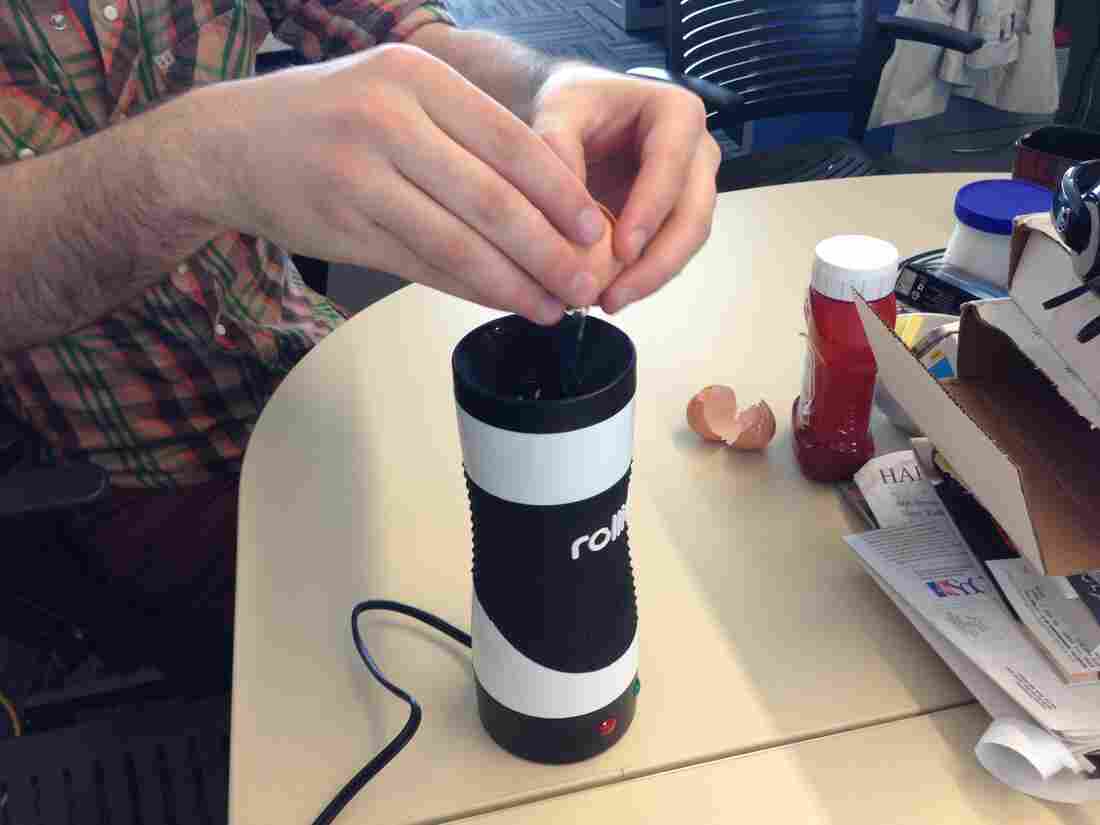 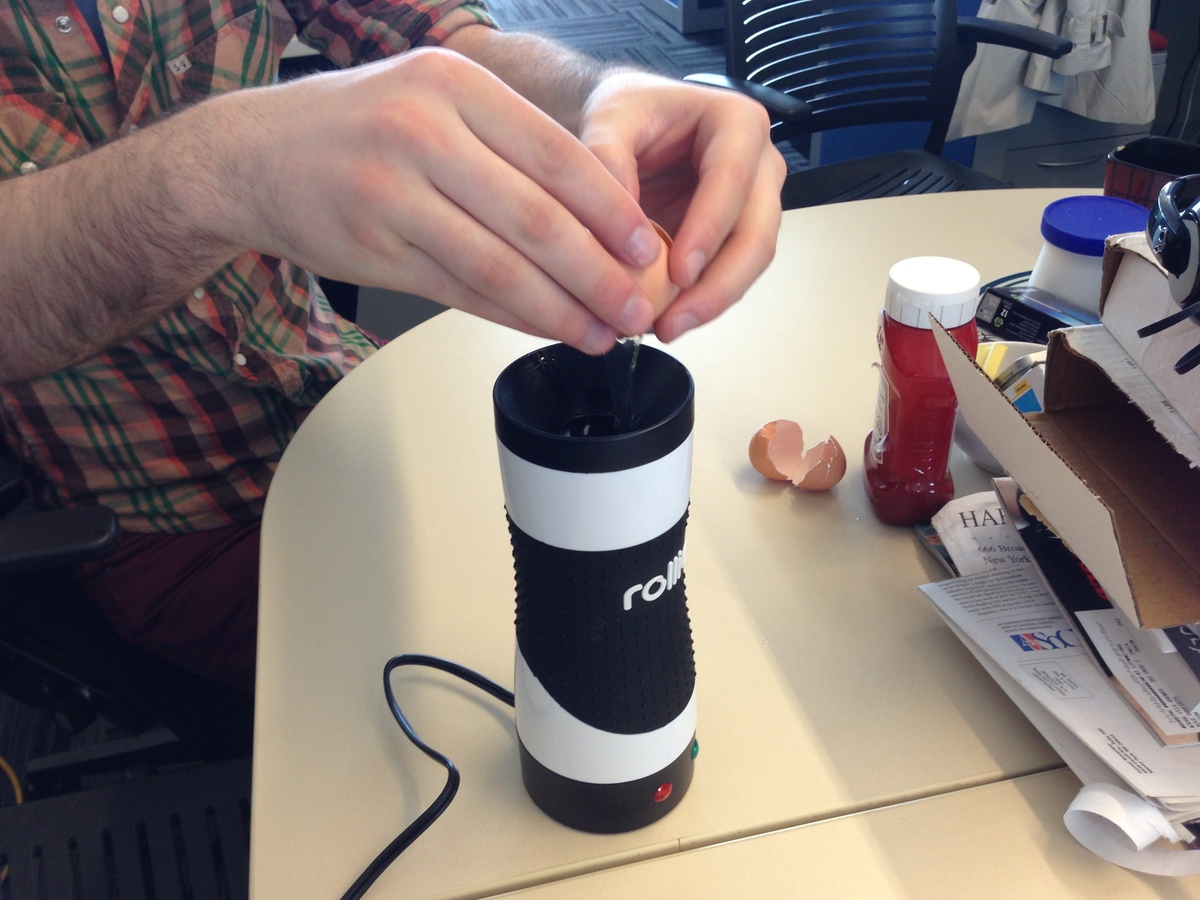 Eva: Now I know what to eat with my tube toast every morning.

Ian: I'm excited to cut this up with a Ginsu knife, then wash it down with my Ron Popeil juicer, then clean up the mess with my Shamwow, then dry my tears on my Slanket. 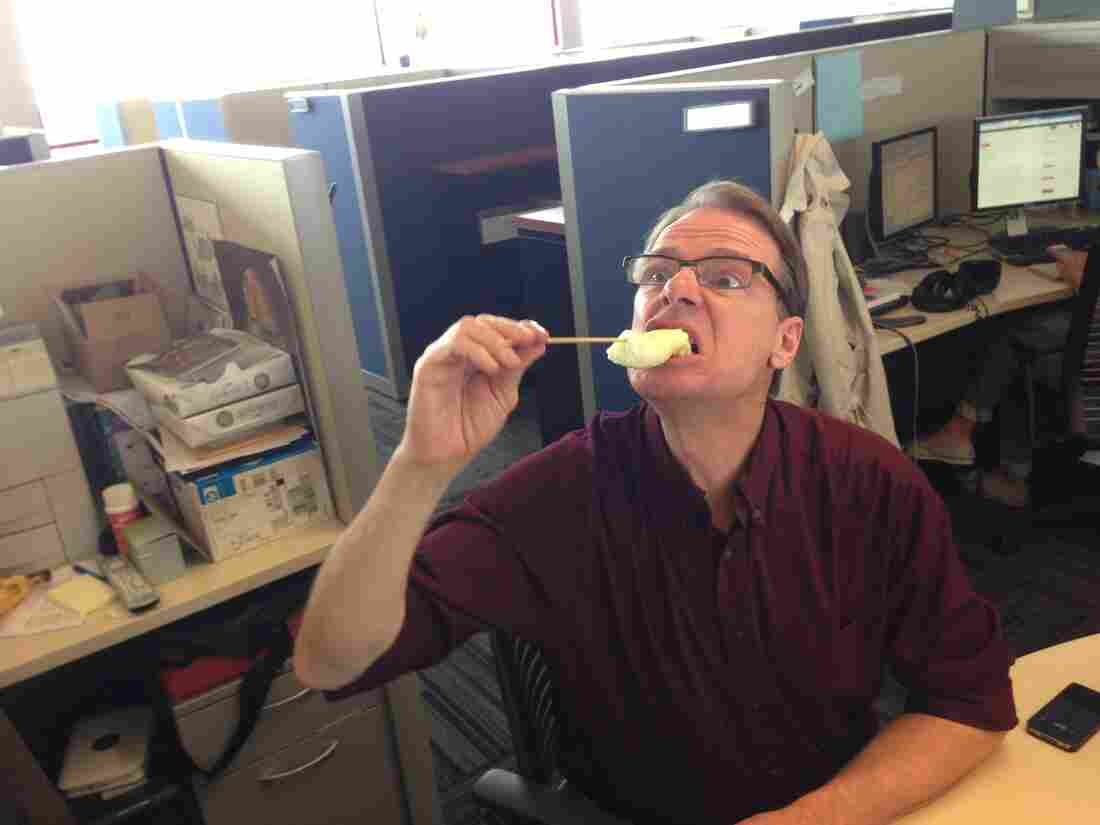 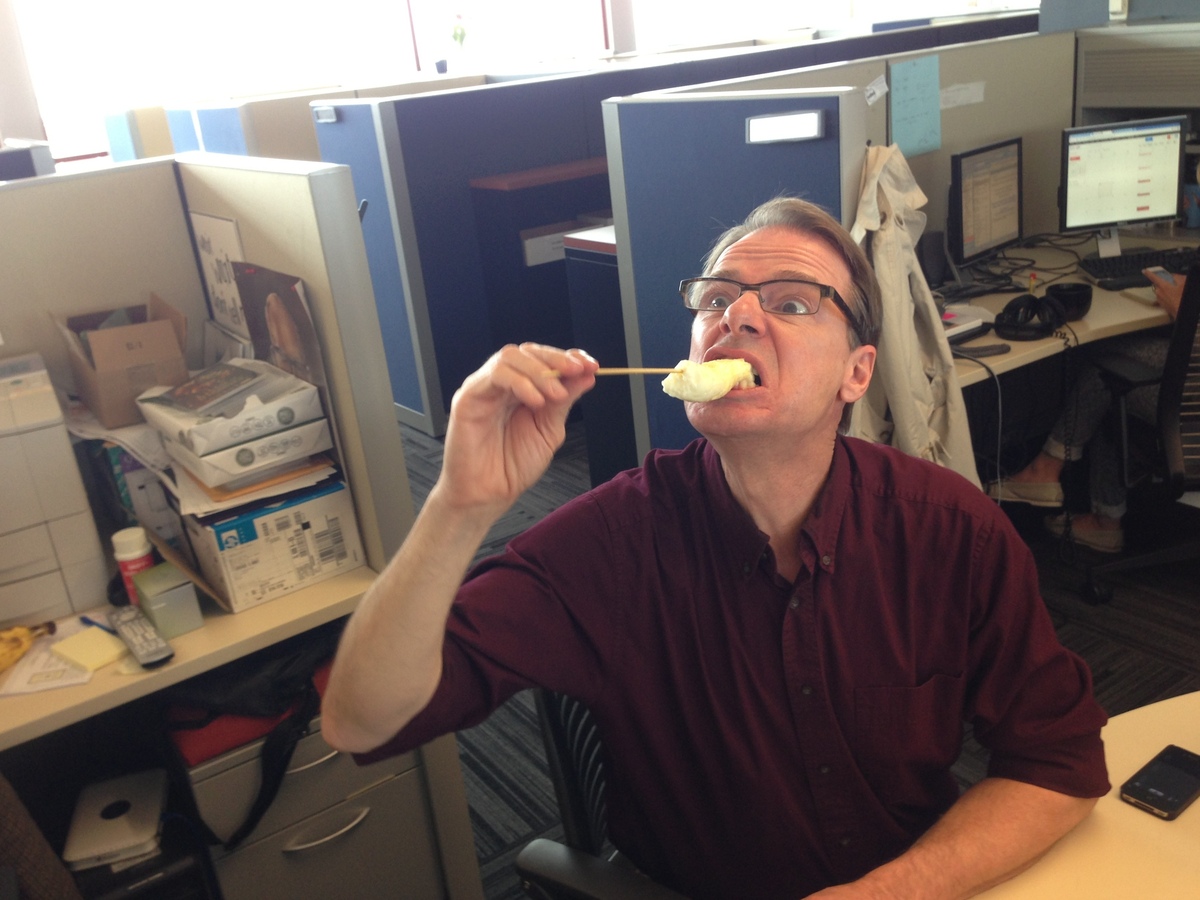 Blythe: Is it OK that I'm using it as a shake weight?

[The verdict: pretty disgusting. There's just something about watching what you're about to eat move on its own that really knocks the appetite right out of you.]

Sandwich Monday is a satirical feature from the humorists at Wait Wait ... Don't Tell Me.