Accessibility links
How Swedish Malort Became Chicago's Mascot Bitter Drink : The Salt After Swedish immigrants moved out of the city, the traditional Swedish spirit was adopted by different ethnic groups. Bartenders eventually rediscovered the bitter spirit, too, and have helped to fuel its revival in Chicago. 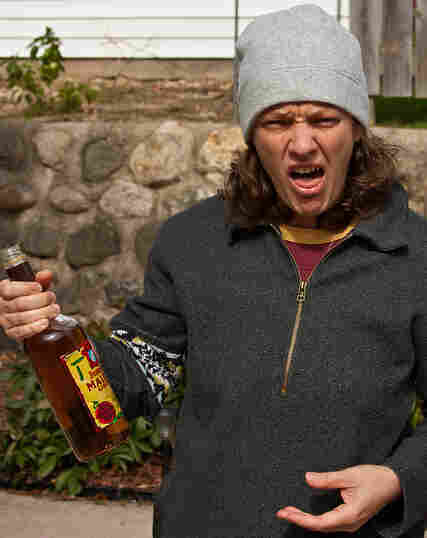 A photo from the Flickr group Malort Face, memorializing the facial expressions of people who try malort. ThreeIfByBike/Flickr hide caption

The people who make Jeppson's Malort, a harshly bitter spirit that's consumed in shots or cocktails, don't mind that their product makes people grimace. Instead, they celebrate it.

Carl Jeppson Co., a Chicago company, has built a minor social media empire around malort's "brutal" flavor; one winner of its slogan contest described the drink as "turning taste buds into taste foes for generations."

Jeppson's creative director, Sam Mechling, says the company has Chicago's bartenders to thank: The drink became their "[secret] handshake," not unlike the way Fernet Branca got its foothold in San Francisco through the bartenders there. "Chicagoans view malort as a mascot, and a mascot has got to be tough, like Chicago." Drinkers' mettle has also been memorialized in hilarious "Malort face" online galleries. Some say they've learned to tolerate its bracing flavor in hopes it will cure a hangover.

Though Chicago has claimed Jeppson's Malort as its own, the true roots are in Sweden, where malort is the word for wormwood, a weedy plant that's also the key ingredient in absinthe. Swedes first started infusing it into distilled alcohol in the 1400s, calling it besk, a folk remedy for digestive problems.

Jeppson's historian Peter Strom says the "most interesting thing is how American malort survived only here in Chicago. It should have died out in the 1950s when Chicago Swedes moved to the the suburbs. But it grew out of its Swedish roots and was adopted by different ethnic groups."

The person who saved it was George Brode, a Chicago lawyer who weathered the Great Depression by working for his wife's family business, D.J. Bielzoff Products Co. The company purchased many liquor recipes from local immigrant communities, including Jeppson's Malort, and marketed cross-culturally. Jeppson's was adopted with particular enthusiasm by the growing Polish and Hispanic communities.

But Brode's wife wanted him to give up the liquor business to practice law. He sold off Bielzoff, but formed Carl Jeppson Co. to keep his beloved malort. His legal secretary, Pat Gabelick, took over the company when he died in 1999.

Gabelick says at first she was jarred by Jeppson's Malort's "deep herbal flavor," but it has since grown on her. According to the Wall Street Journal, her sales climbed in 2011 to 23,500 bottles, with annual revenue of more than $170,000. 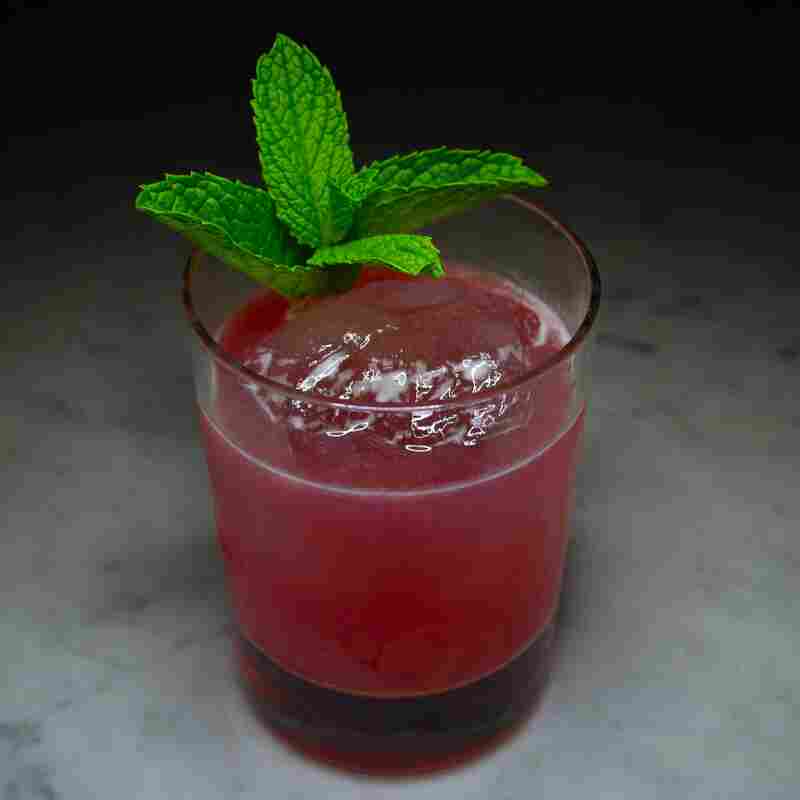 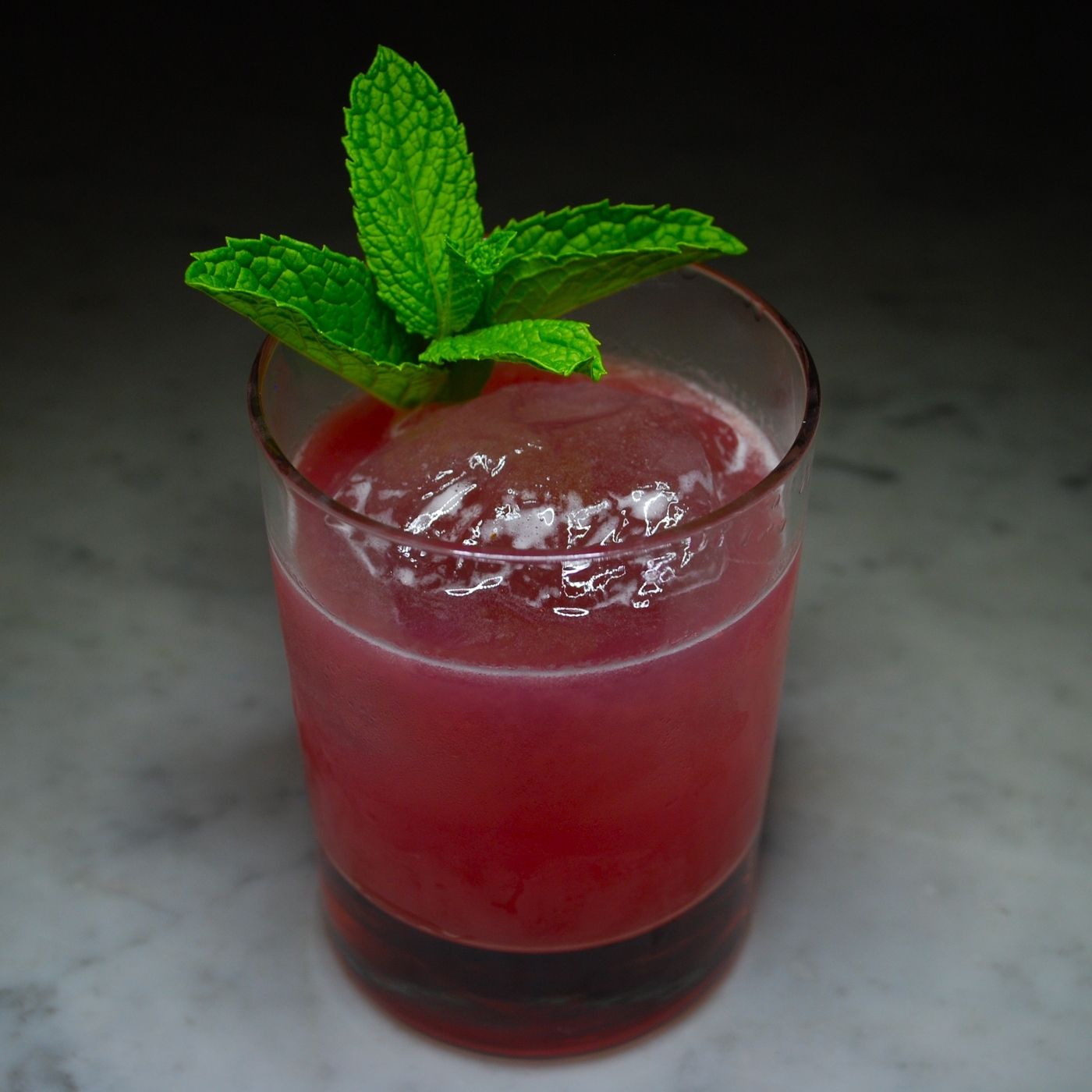 World Shattered, a cocktail by Tyler Fry of the Chicago bar The Violet Hour. The drink includes R. Franklin's Original Recipe Malort, and tames the bitterness with lemon, honey syrup, raspberry and mint.

In Sweden, malort's cousin besk survived the temperance movement thanks to its association with crawfish parties. The common brand Baska Droppar is described by its producer as tasting like "fox poison." And despite its churlish flavor, besk's popularity also seems to be growing.

Back in Chicago, bartenders have started tooling with besk and malort recipes to take the drinks in new directions. At The Violet Hour, a craft cocktail bar, bar manager Robby Franklin Haynes collaborated with local distillery Letherbee's to create R. Franklin's Malort, an interpretation made for cocktails that balances the wormwood with star anise, grapefruit peel and juniper berries.

But historian Strom contends that Jeppson's carries on a simpler tradition of "farmstead recipes of the late 1800s that were made both as cordials and for their supposed medicinal benefits."

With bitter flavors dominating drinking trends, besk could be poised to conquer new U.S. territory. But will Chicago's own Jeppson's spread beyond the Windy City? Gabelick says that while they are thrilled by the love the drink receives from fans, "no decisions have been made, because it is so popular in Chicago."