Accessibility links
Italy's Financial Crisis Means More (Bread) Dough At Home : The Salt A third of Italians are now making pizza at home, and 19 percent are baking their own bread, an association of Italian farmers reports. Bakeries are adapting by offering prepared food, and more importantly, sandwiches. 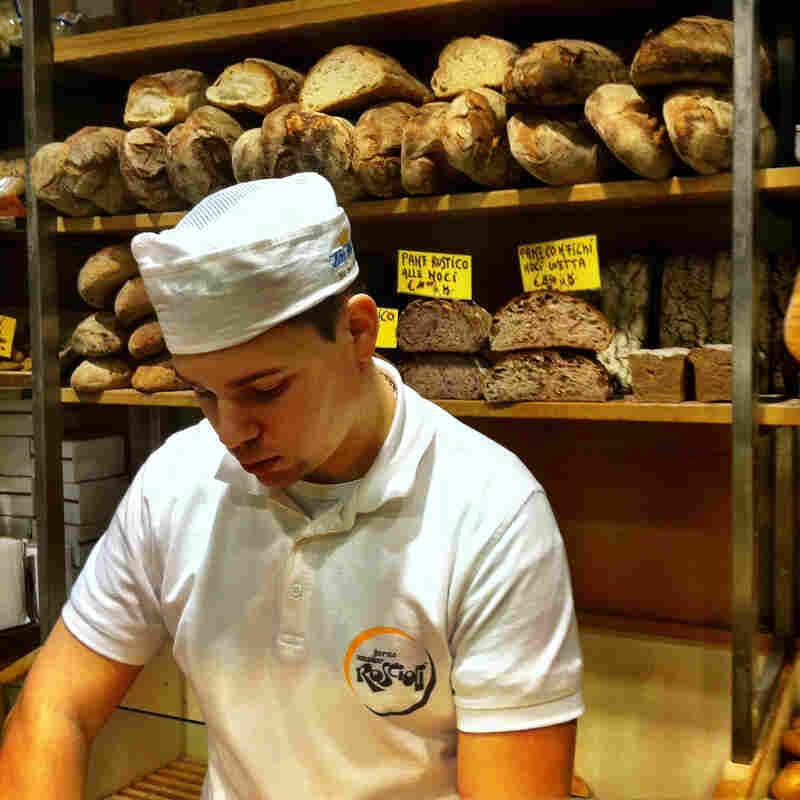 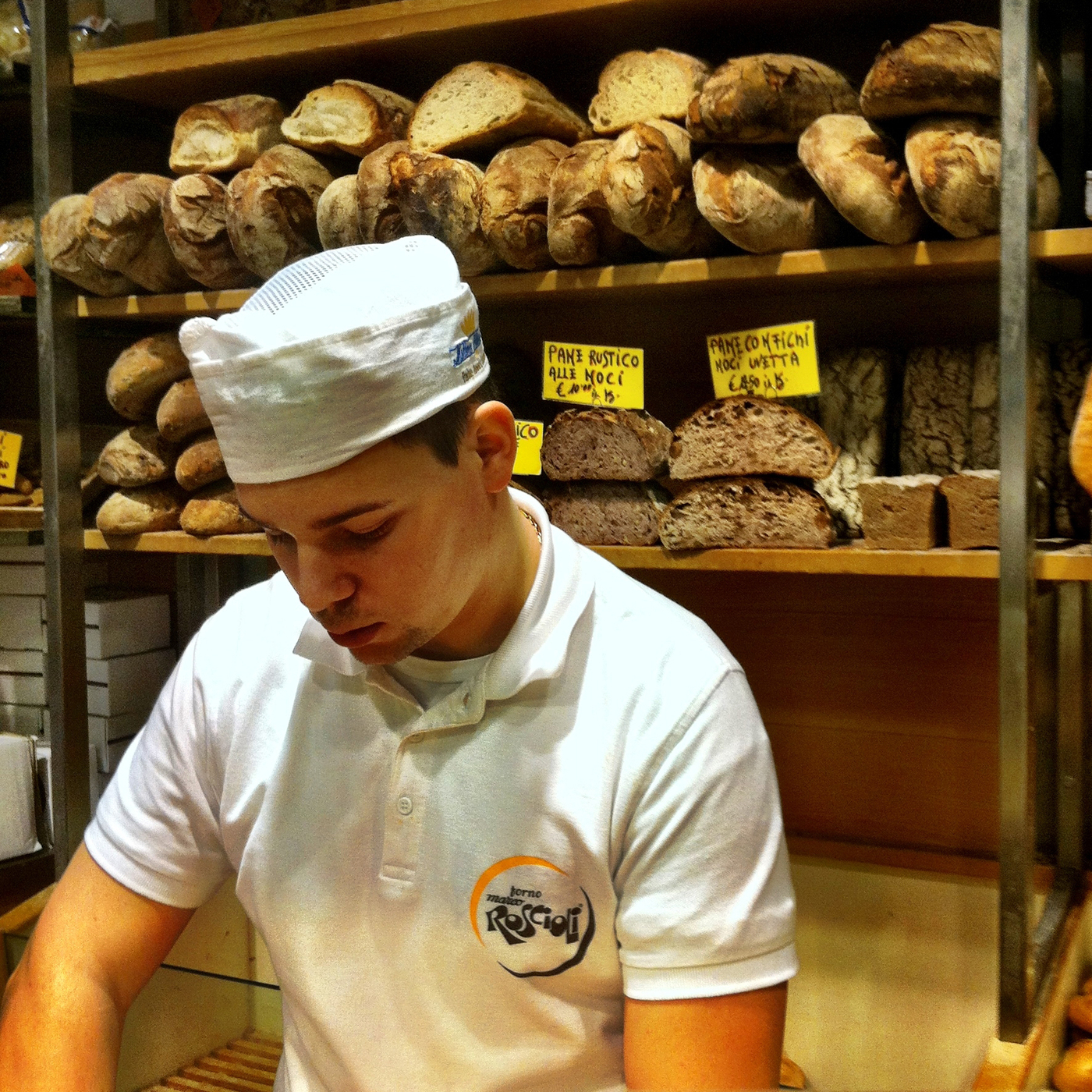 A young baker at the Roscioli bakery in Rome prepares bread.

Processed food packed with salt, fat and sugar has been making incursions into the traditional diets of countries around the world. Even Italy isn't immune to the reach of junk food. But hard economic times are spurring Italians to rediscover home cooking, and especially bread making.

Coldiretti, an association of Italian farmers, says consumer spending on basic ingredients like flour, eggs and butter has risen by record amounts over the last year — the highest increase since World War II. A third of Italians are now making pizza at home, and 19 percent are baking their own bread, according to Coldiretti.

The surge in bread making is a stark contrast to 2007, when Coldiretti reported that Italian bread consumption was at a historic low. But at $5 to $6.50 (4 or 5 euros), a loaf of artisan bread today in Rome doesn't come cheap.

Jeannie Marshall, a Canadian expat and author living in Rome, says that many people out of work unable to afford a lunchtime sandwich are refreshing their baking skills.

"Home cooking and baking disappeared for a while, but it was less than a generation, so it's easier to bring it back," says Marshall. "Part of it is wanting to nest a little bit, but there's also a great desire to appreciate the Italian culture."

Pierluigi Roscioli comes from a family of Roman bakers, and owns Forno Roscioli in the Campo de Fiori neighborhood.

"The [average] quality of bread is very low in Italy, so a lot of people who appreciate good bread and like to eat healthy have started to make bread at home," he says. For the unemployed who have less money and more time, bread making is a no-brainer, says Roscioli. "You save money and feel you're doing something good for your family."

But it has had a serious impact on local bakeries. Ten percent of small bakeries in and around Rome have shut in the past two years, according to CNA, the Italian Association for Small and Medium Artisan Businesses.

Bernardino Bartocci, president of the CNA in Rome, and owner of Forno Campo di Fiori, says local bakeries can't compete with the buying power of supermarkets. So they're adapting by encroaching on the turf typically reserved for pasticcerias, or pastry shops.

"They have to sell more than bread," says Bartocci. "Now, bakeries are producing typical traditional Italian cookies and cakes to increase their offering."

Roscioli hasn't seen a drop in retail business, but he says he has suffered a loss of 10 to 15 percent in the past two years in his wholesale business, which supplies bread to supermarkets in the middle-class suburbs of Rome.

He and others are changing everyday eating culture in Rome by offering prepared food — namely, sandwiches. Once limited to small corner stores, workers now buy their panini from bakeries as well. It's a trend that's only developed in the past five years, says Roscioli.

For Roscioli, turning a 50-cent roll into a $5 (4 euro) sandwich is an obvious solution. One loaf of bread can make several sandwiches, and means fewer leftovers.

"We make two to three times our cost on a sandwich," he says.

Even if their culture is shifting, the Italians haven't lost their passion for food, or its importance inside or outside of their homes.