Accessibility links
If TV's Your Cup Of Tea, Try A Character-Infused Blend : The Salt It looks like tea is joining the ranks of fan fiction and fan art as an option for expressing your love for the likes of everything from Downton Abbey and Doctor Who to Game of Thrones and The Hunger Games. One company is selling crowdsourced fandom blends inspired by customers' favorite TV shows, books, movies and comics.

If TV's Your Cup Of Tea, Try A Character-Infused Blend

If TV's Your Cup Of Tea, Try A Character-Infused Blend 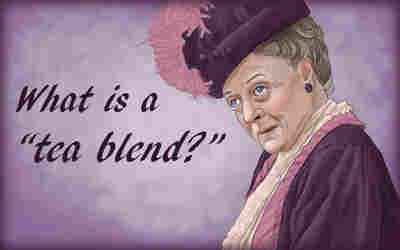 "What is a 'tea blend?'" is a Downton Abbey-inspired mix of almond, vanilla and cream teas accented with rose hips. Sasha/Courtesy of Adagio Teas hide caption

Apparently, fan fiction and fan art aren't the only options for expressing your love of Sherlock, Doctor Who and The Hunger Games. There's also tea.

If you visit the online tea store of Adagio Teas, you'll find a collection of "Fandom Blends." They're the teas that customers have mixed and named after characters in favorite TV shows, books, movies and comics.

"Eleven," one of Cara McGee's blends inspired by the new Doctor Who, is described as "quirky and dark." Amy Pond — a blend in honor of one of the doctor's recent time-travelling companions — is a fiery orange, cranberry and rooibos vanilla chai. Cara McGee/Courtesy of Adagio Teas hide caption

The company started allowing customers to create their own blends on the website in 2008. But the service really didn't take off until about a year ago, when comic artist Cara McGee decided to blend some Sherlock teas on a whim. She was initially inspired by a Moriar Tea graphic that played on the name of the detective's archnemesis, Moriarty.

These days, Adagio's site offers more than a thousand user-created "fandom teas" that anyone can purchase. McGee herself has made about 150 blends, and she's designed her own label art for them. So why express your fandom in teas?

"It's not just something that another person can look at on their screen," McGee says, "but they can actually order it and have it in their hands. And unlike a shirt or other merchandise, you can really experience it."

McGee calls "Bilbow Brew" — inspired by The Hobbit -- her current favorite fandom blend. It combines Irish breakfast, sweet potato and vanilla green teas, and tastes "kind of like breakfast in the Shire," she says. "Smaug," on the other hand, has lapsang souchong, candy cane and ginger teas in it. Cara McGee/Courtesy of Adagio Teas hide caption

ThinkGeek is another company selling geeky beverages (specifically, Star Wars-themed), but the flavors aren't crowdsourced, and there are only three currently for sale: Star: Vader's Dark Side Roast Coffee, Dagobah Green Tea and Hoth Cocoa. 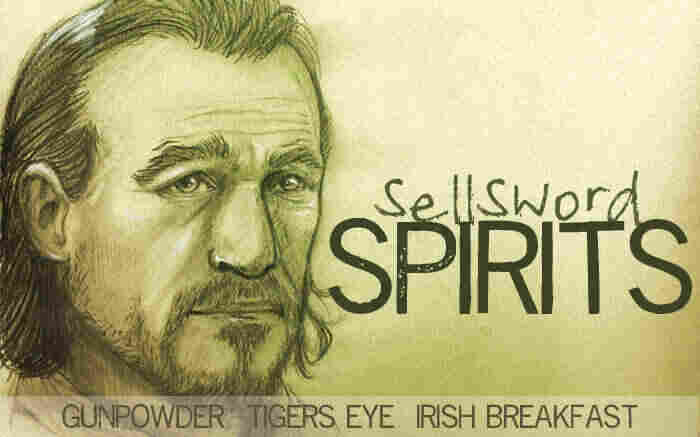 Ilya Kreymerman, Adagio's chief technology officer, says he doesn't know of other food or beverage companies out there that let the consumer design their own flavor — especially not ones based on TV and book characters. "Tea lends itself well to that," he says. "Historically, people tended to create their own blends and share them."

We haven't come across other crowdsourced fan foods like Adagio's, but if you have, let us know.