Accessibility links
Why Caffeine In Coffee Is A Miracle Drug For The Tired : The Salt Historians tell us that caffeine in coffee helped Western civilization "sober up" and get down to business. Now scientific research shows that at low doses, caffeine improves performance on mental tasks, especially in people who are already tired. 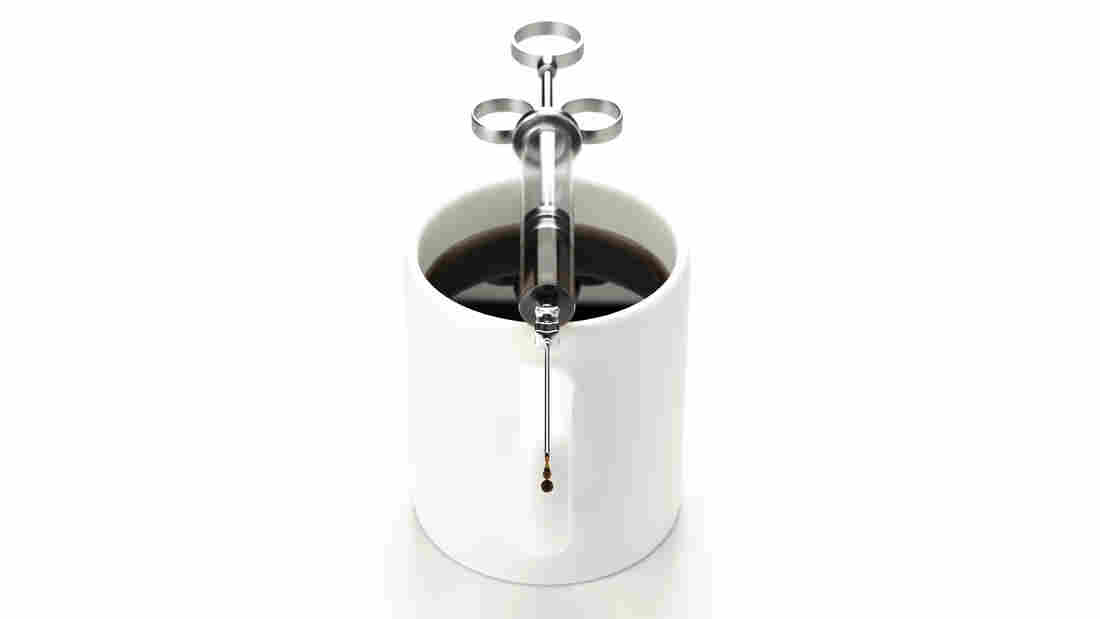 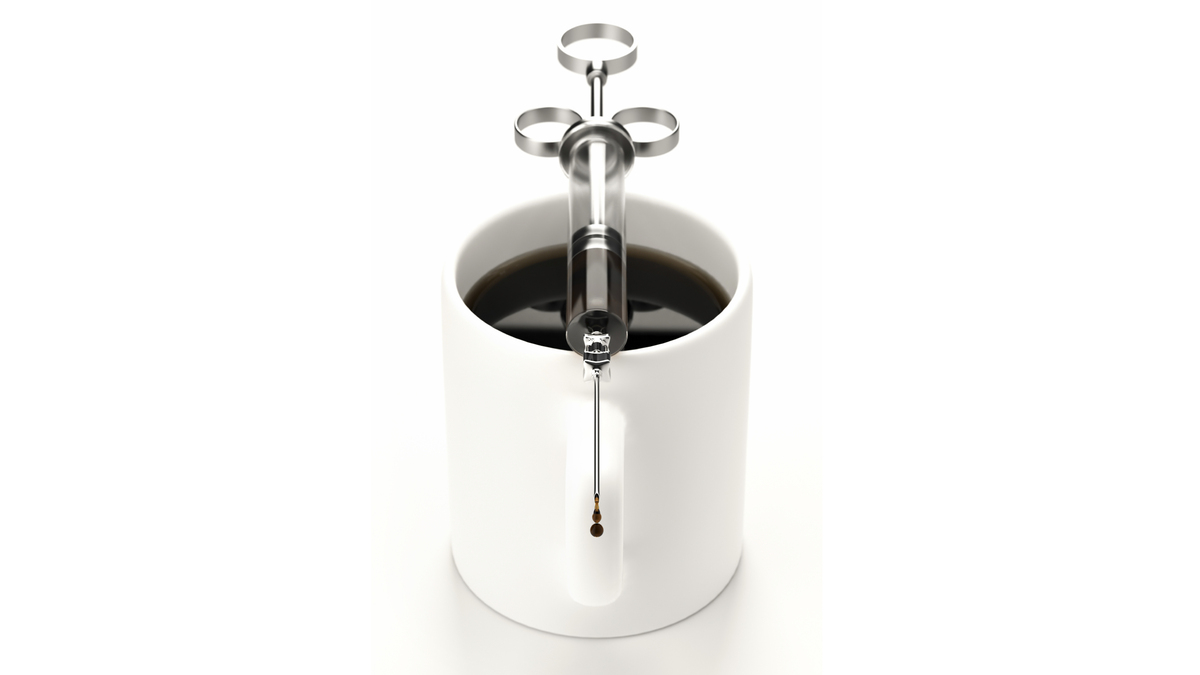 Many believe that humanity's caffeine addiction has wrought a lot of good.

NPR's Coffee Week is winding down, but we'd be remiss if we didn't give some space to caffeine, the most widely used stimulant drug in the world.

As much as we may enjoy the nutty dark roast aromas and the sensations of a warm beverage, coffee is often just a caffeine delivery system for a groggy brain. Approximately 80 percent of caffeine is consumed in the form of coffee, and in the U.S., we average about two cups of coffee per day. That 200 milligrams of caffeine affects our brains, our performance, and maybe even our health.

Many believe that humanity's caffeine addiction has wrought a lot of benefits. Earlier in the week, historian Mark Pendergrast told us about how coffee (and caffeine) helped Western civilization "sober up" enough to get down to business. And Jerry Seinfeld claimed coffee has made us a more productive society.

But is there any science behind the idea that caffeine, by way of coffee, makes us better workers? And what exactly is caffeine doing to our tired brains? 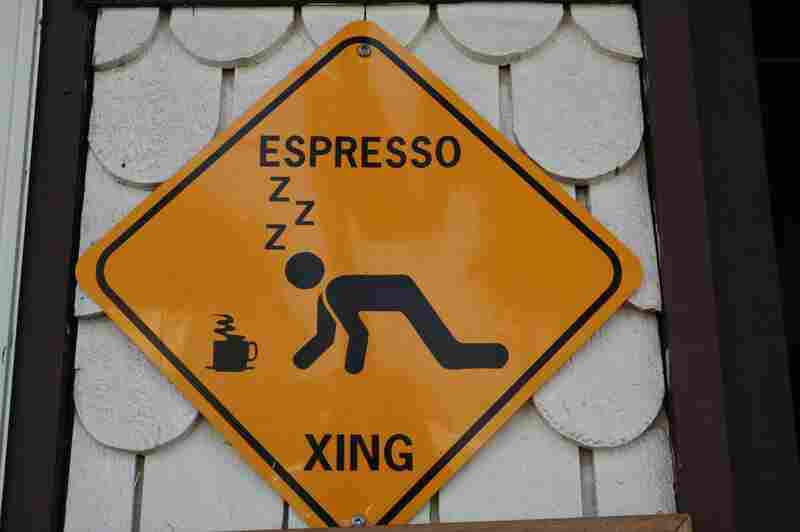 For some, coffee is simply a a caffeine delivery system for a groggy brain. Andrew Moor/via Flickr hide caption 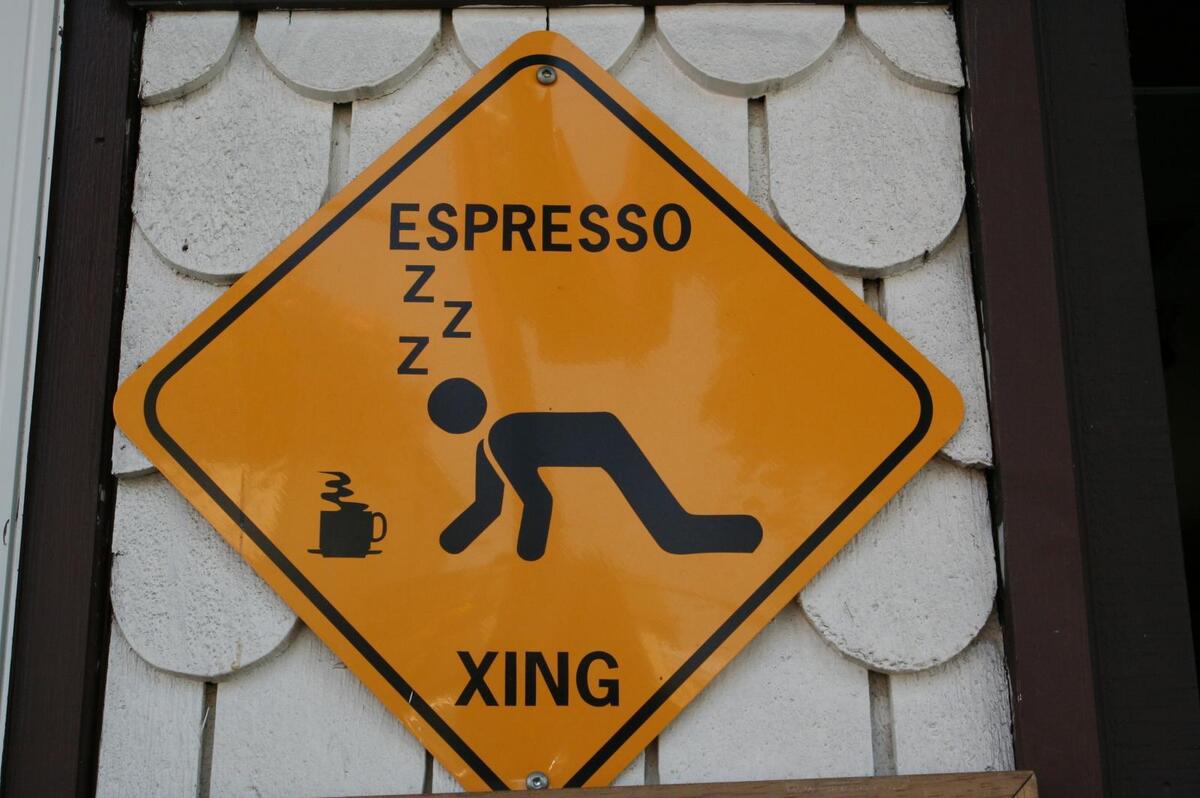 For some, coffee is simply a a caffeine delivery system for a groggy brain.

For these questions, we turned to Stephen Braun, a medical writer who sifted through the research on caffeine in his book Buzz: The Science and Lore of Alcohol and Caffeine. (It came out in 1997, but it's still among the best resources on the topic.)

According to Braun, caffeine works by blocking receptors for adenosine, a compound in the brain that makes you feel sleepy. In other words, he writes in the book, consuming caffeine is like "putting a block of wood under one of the brain's primary brake pedals."

Of course, there's a huge amount of variation in how caffeine affects individuals, which depends on genetics, tolerance and other factors. But several small studies have shown that at low doses (between 100 and 250 mg), caffeine improves alertness and mental performance, especially in people who are already tired. Neuroscientists report that it makes us more supportive of each other in social situations. And one study even found that higher caffeine consumption helped reduce the risk of workplace accidents.

"Its indirect action on arousal, mood and concentration contributes in large part to its cognitive enhancing properties," according to a review article in the Journal of Alzheimers Disease.

As Allison Aubrey reported last month, caffeine also seems to improve short-term memory — if you're exhausted. But researchers said it didn't have any beneficial effects on memory among people who are well rested.

As with all drugs, there is such a thing as too much caffeine. According to a 2001 Institute of Medicine report, 600 mg of caffeine (or six cups of coffee) will bring on negative cognitive effects, otherwise known as the jitters, in most people — including Kramer from Seinfeld. And some people are so sensitive to caffeine that one cup will bring on nervousness and irritability, rather than the alertness that most of us feel.

"We also know that caffeine is bad for people with anxiety — for them, it's likely to hurt productivity," Braun tells The Salt. "But for people on the more depressive end, caffeine would improve productivity. The effect of the drug really depends on the brain into which it's being infused."

Increasingly, medical researchers are worried about about how teens' overuse of caffeine is keeping them from getting the restorative sleep they need. That goes for some adults, too.

As psychologist Harris Lieberman of the Army Research Institute of Environmental Medicine told NPR back in 2011, modern life has made us more dependent on the drug. "It's a combination of driving ourselves and having high expectations of ourselves, but also of society making a lot of demands on us, so they kind of add up to give us insufficient time to sleep."

Braun has a theory on how to get the most out of caffeine, and it involves taking regular "caffeine holidays" five or six times a year.

"I find it to be most useful when I start at a virgin state, so I taper down slowly," he says. "I switch from coffee to black tea, and then peppermint tea. So when I get that first cup of java again, it's such a great feeling."

Tapering down also reminds him that he can function perfectly well — and sleep better — without caffeine.