Accessibility links
How Coffee Influenced The Course Of History : The Salt Once people figured out how to roast the seeds of the Coffea plant in the 1400s, coffee took over the world. In doing so, it fueled creativity, revolutions, new business ventures, literature, music — and slavery. 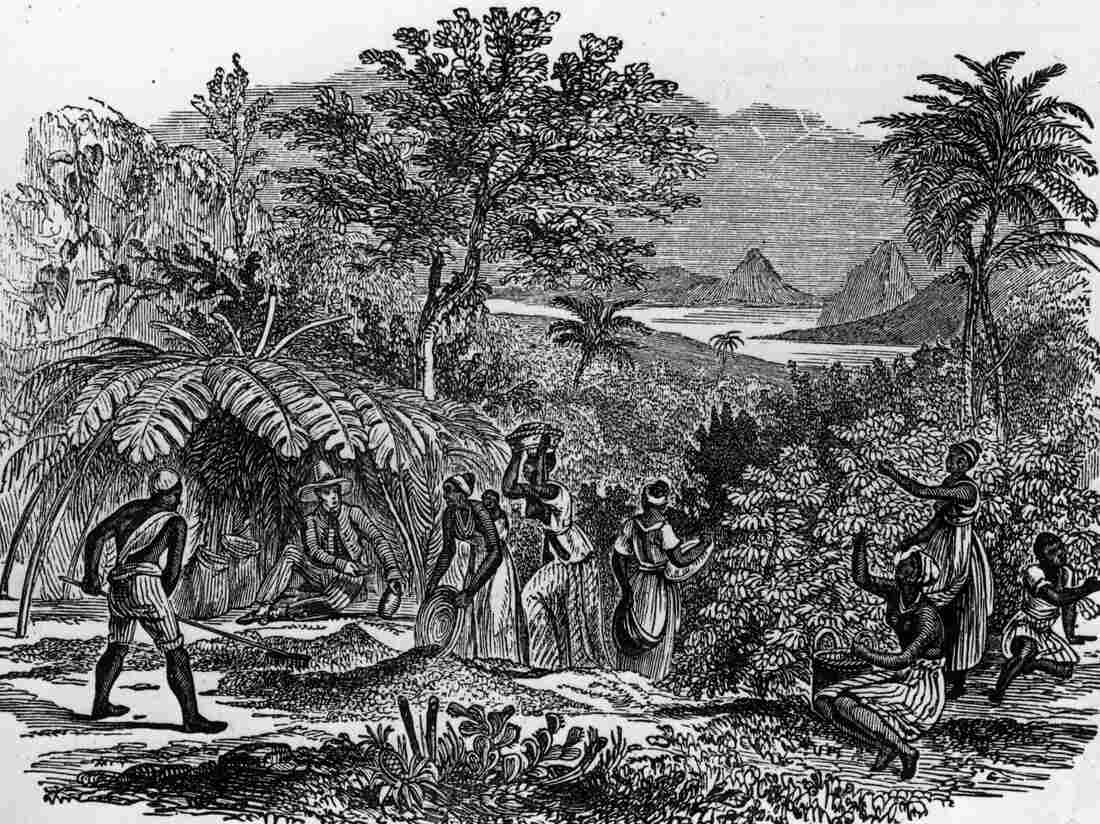 Coffee is a powerful beverage. On a personal level, it helps keep us awake and active. On a much broader level, it has helped shape our history and continues to shape our culture.

Coffee plants grow wild in Ethiopia and were probably used by nomadic tribes for thousands of years, but it wasn't until the 1400s that people figured out they could roast its seeds. "Then it really took off," historian Mark Pendergrast — author of Uncommon Grounds: The History of Coffee and How It Transformed Our World — tells Morning Edition host Steve Inskeep.

By the 1500s, he says, the drink had spread to coffeehouses across the Arab world. Within another 150 years, it took Europe by storm. 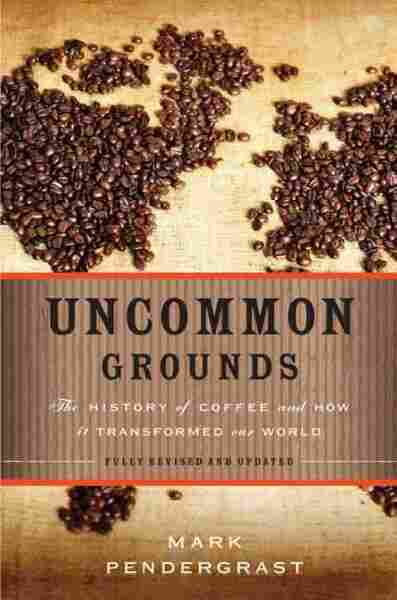 The History of Coffee and How It Transformed Our World

"It actually had a major impact on the rise of business," Pendergrast says. Coffeehouses became a spot not just to enjoy a cup but to exchange ideas.

The insurer Lloyd's of London was founded hundreds of years ago in one of London's 2,000 coffeehouses, he notes. Literature, newspapers and even the works of great composers like Bach and Beethoven were also spawned in coffeehouses.

It is often said that after the Boston Tea Party of 1773, when American colonists raided British tea ships and threw crates of tea into the harbor, Americans universally switched over to drinking coffee.

"There's a lot of truth to the story, I found," Pendergrast says. He cites a letter John Adams wrote to his wife, Abigail, in which the Founding Father proclaims his love of tea but says he will have to learn to embrace coffee instead, because drinking tea had become unpatriotic.

For all the upsides coffee has brought the modern world, it also ushered in its fair share of downsides, too. Europeans carried coffee with them as they colonized various parts of the world, and this frequently meant they enslaved people in order to grow it.

"One of the ironies about coffee is it makes people think. It sort of creates egalitarian places — coffeehouses where people can come together — and so the French Revolution and the American Revolution were planned in coffeehouses," Pendergrast says. "On the other hand, that same coffee that was fueling the French Revolution was also being produced by African slaves who had been taken to San Domingo, which we now know as Haiti."

In Brazil — where slavery was legal until 1888 — coffee plantations would use slash-and-burn agriculture, tearing down rain forests and planting coffee trees that depleted the nutrients in soil. Once the soil had been sapped, growers would move on to another place.

And then there are history's many coffee naysayers. In 1511, for example, the governor of Mecca banned coffee because his medical advisers warned it was bad for people's health. In 1674, women in London were convinced that coffee made their husbands impotent.

And yet, in an age when beer soup was the breakfast of champions, coffee had one undeniable health benefit: "Western civilization sobered up," Pendergrast says. Coffee, he says, "had a very good impact in many ways on our civilization, even though it was, for a long time, grown by slaves."