Accessibility links
Masterpiece In A Mug: Japanese Latte Art Will Perk You Up : The Salt You think clovers and hearts are impressive? Wait till you get a load of these Japanese latte drawings. A culture that values the beauty of the ephemeral has brought us a new level of art in foam. 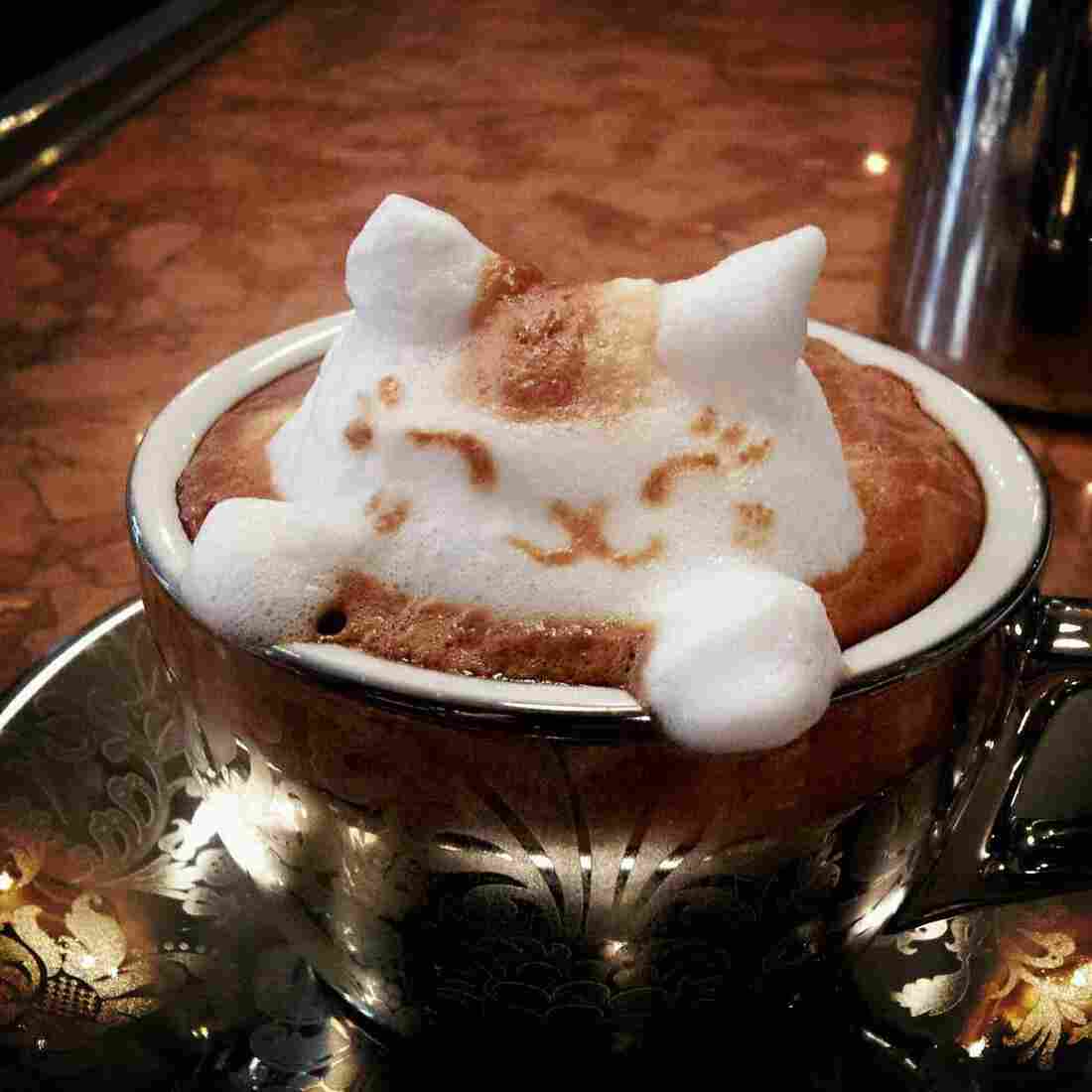 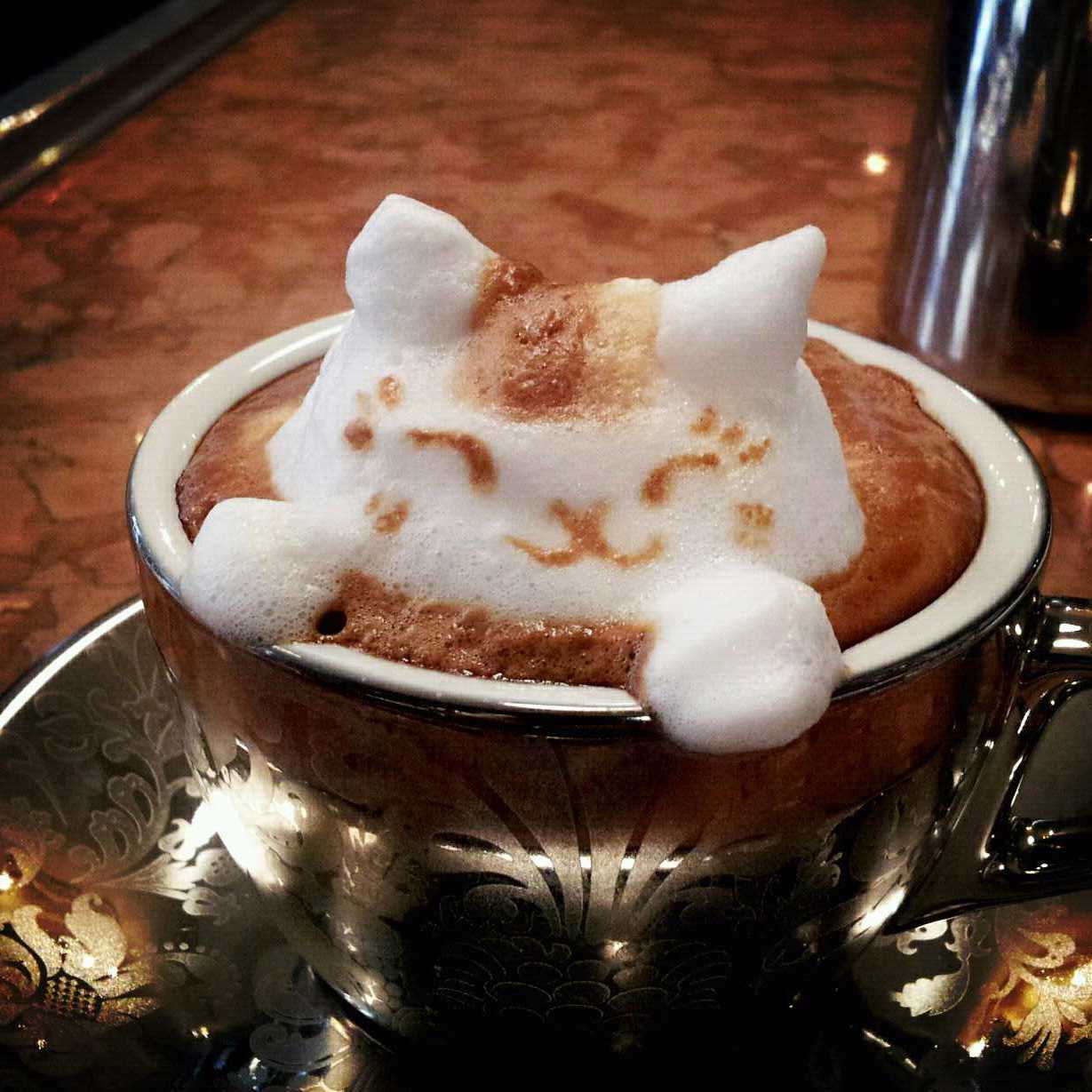 That 3-D creation is the work of Japanese latte artist Kazuki Yamamoto. The 26-year-old resident of Osaka creates ephemeral works of art in espresso and foam. 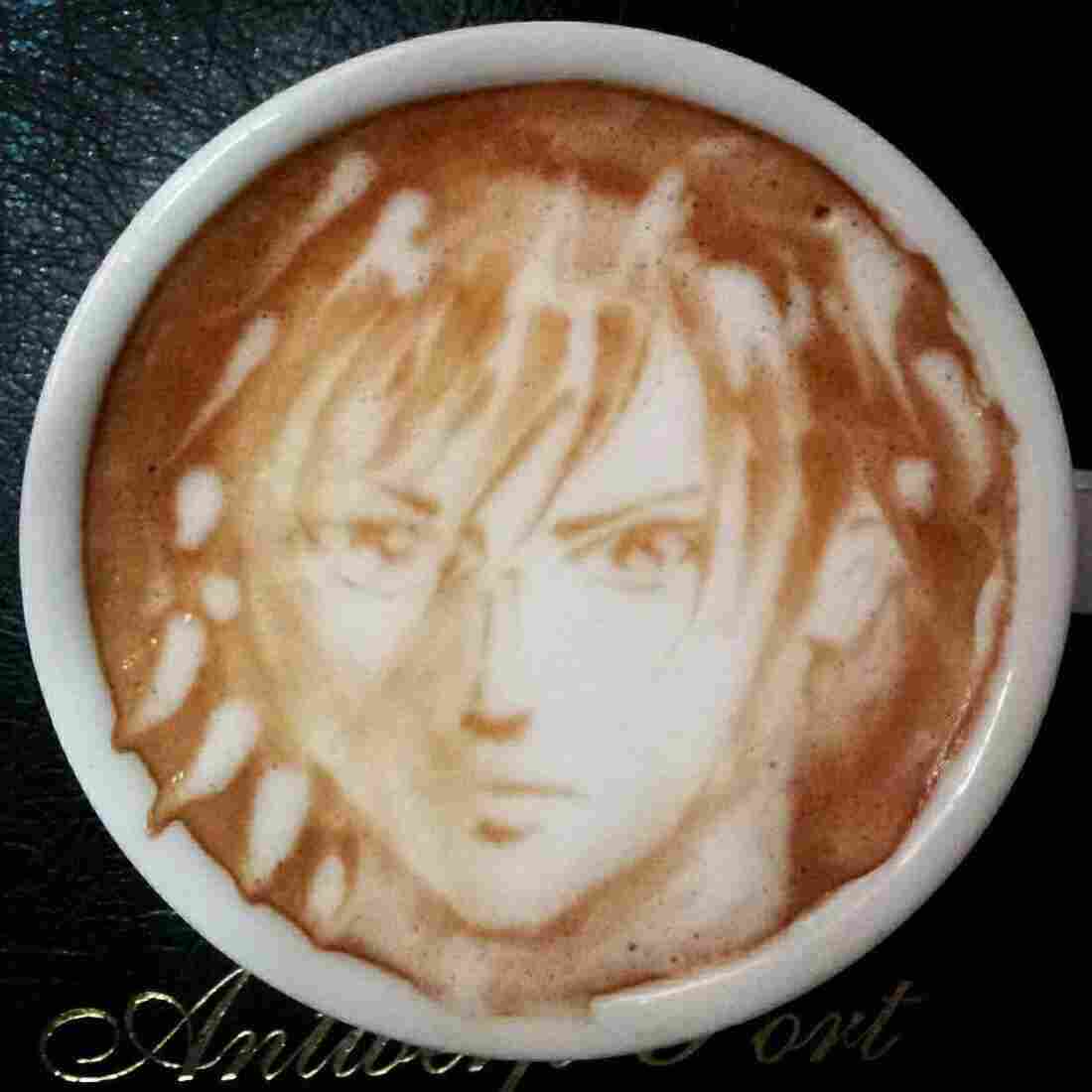 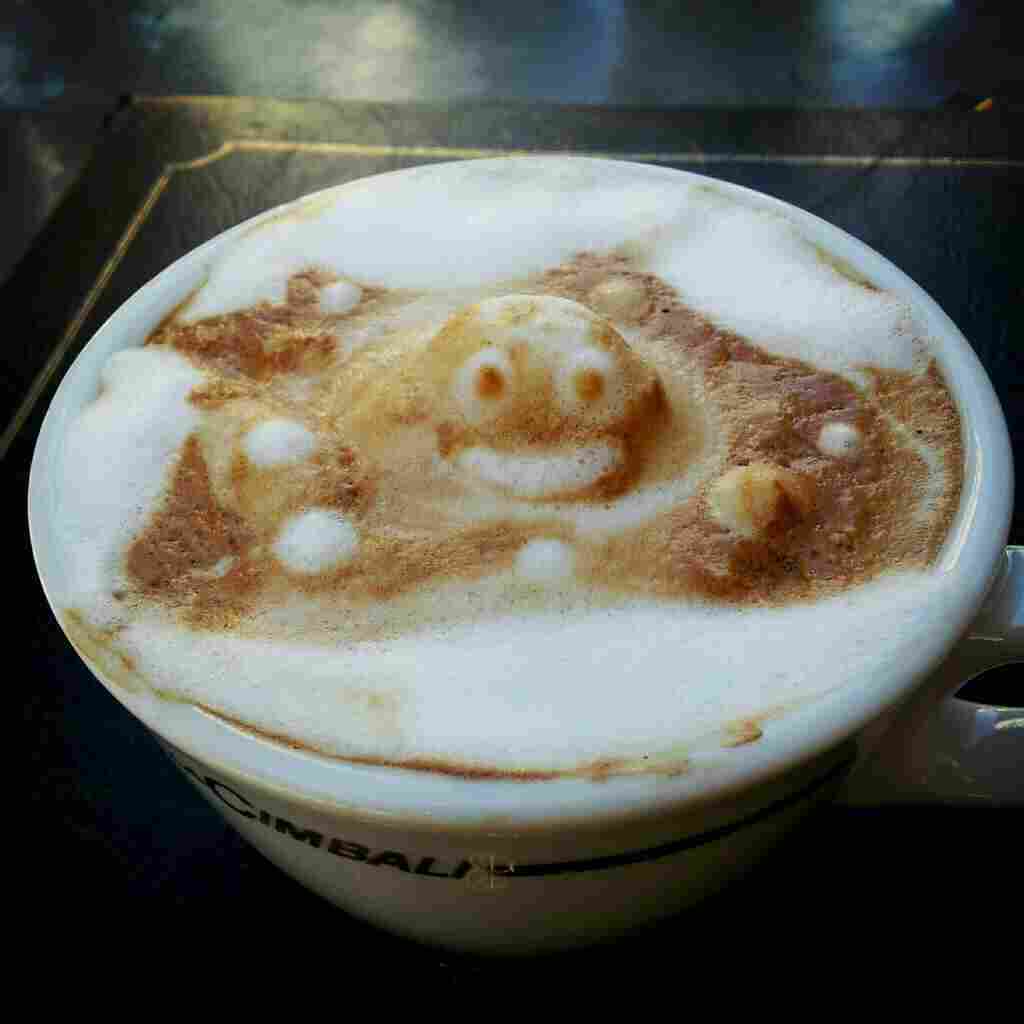 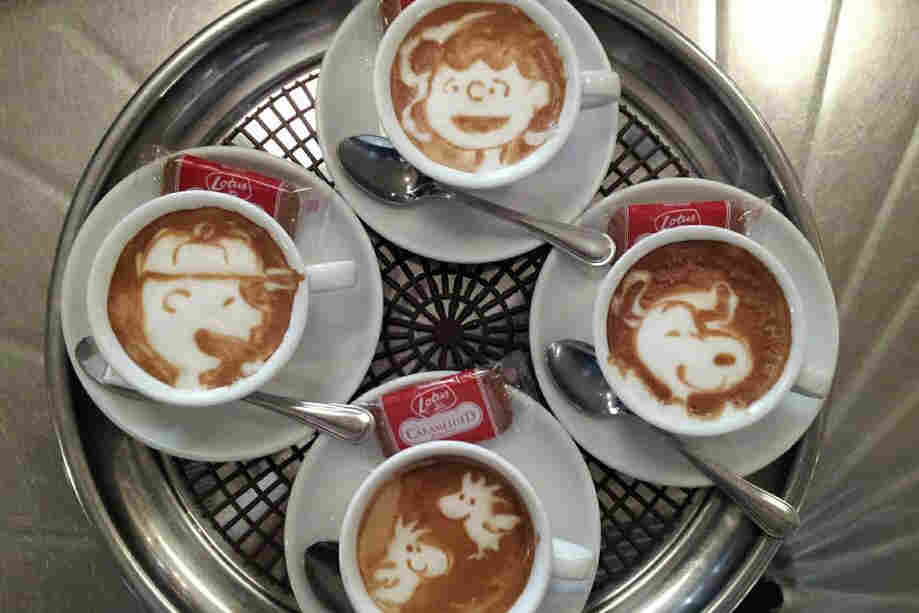 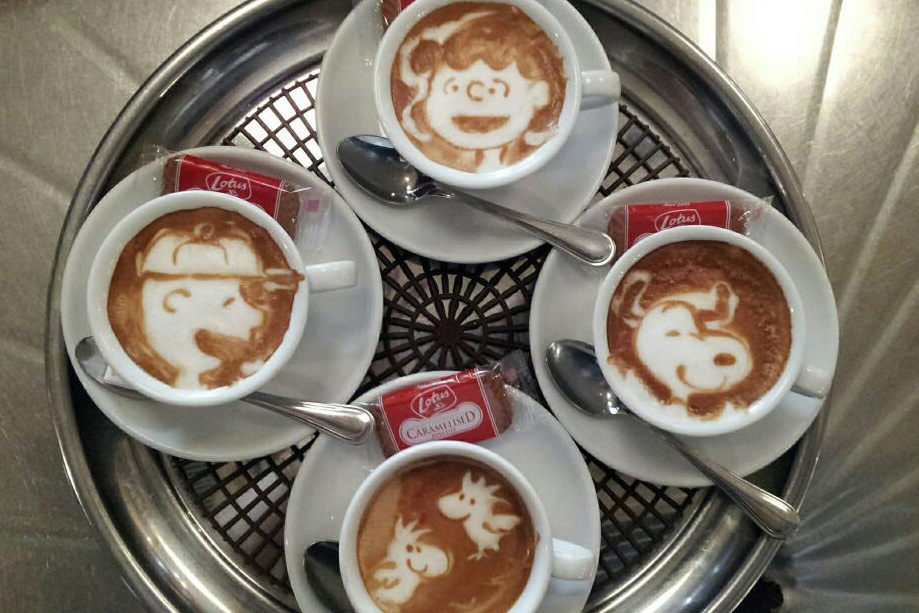 Yamamoto's art makes you regret the need to consume the canvas.

Yamamoto has made a name for himself on Twitter, where more than 82,000 followers receive daily tweets with images of his latest creations. But he's hardly the only latte artist to emerge from Japan. 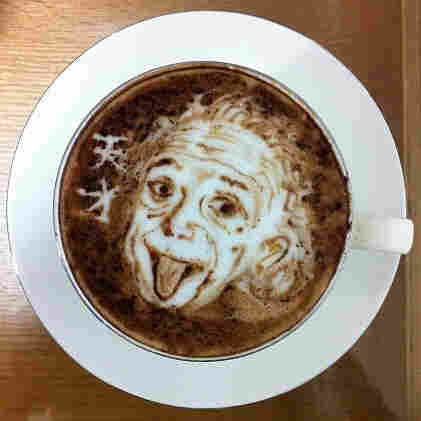 That caffeinated Einstein, for instance, is the work of Yamamoto's friend Kohei Matsuno, a 23-year-old originally from Osaka who now works at a café in Tokyo. (He's on Twitter, too.) Matsuno's subject matter varies widely — from anime characters to Lady Gaga. He also takes customer requests.

"I like coffee, but I also like to surprise people," Matsuno, who also goes by the name Mattsun, tells The Salt. (NPR's Yuki Noguchi kindly translated for us.) "I like to choose things that seem improbable to find in coffee art." 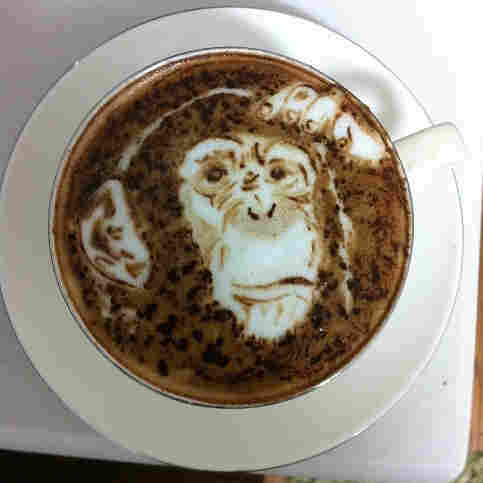 Lately, Matsuno has started recreating famous works of art — like this take on Edvard Munch's The Scream. 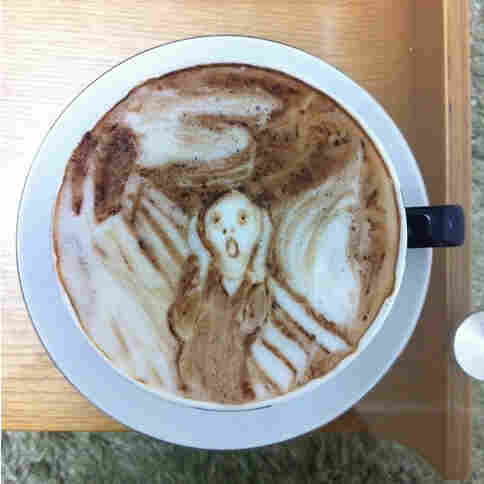 A toothpick and spoon are Matsuno's primary tools in creating such fine details. The milk and foam parts go on first, then he uses toothpicks to add "shading" with espresso. The whole process, he says, takes about three to five minutes. Yes, that means the beverage isn't always piping hot when it reaches drinkers' lips, but hey, they say you've got to suffer for your art.

Sure, we have latte artists in the U.S., too, but from what Matsuno tells us, it seems to be more common in Japan. So why bother to craft a masterpiece in a mug when it's just going to disappear down someone's gullet?

Many things are beautiful precisely because they are short-lived and fragile.

I put the question to noted design philosopher Leonard Koren, who has written about Japanese aesthetics. He pointed me to two Japanese concepts — wabi-sabi and mono-no-aware — both of which hold, in part, that "many things are beautiful precisely because they are short-lived and fragile," Koren told me via email.

"For example, the Japanese love the cherry blossom metaphor," he writes. "Because cherry trees blossom for only a week or two every year, when they do blossom, there is the emotional poignancy of knowing that it is only a temporary state of affairs."

"If you can memorialize cherry blossoms in poetry—which the Japanese do," says Koren, "why not do the same for latte foam?" 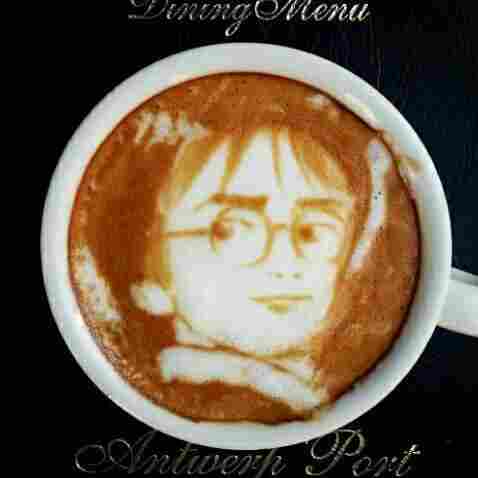 It's not a bad approach to life when you think about it — always seeing the potential for magic in the mundane.

Big hat tip to Rebecca Subbiah, who blogs at Chow and Chatter, for introducing us to these two artists.