Accessibility links
Step Aside, Gents. Witness The Rise Of Women In Coffee : The Salt From handpicking to sorting, it's women's hands that take on much of the labor involved in producing coffee around the world. New initiatives are empowering women to reap more of the financial rewards. 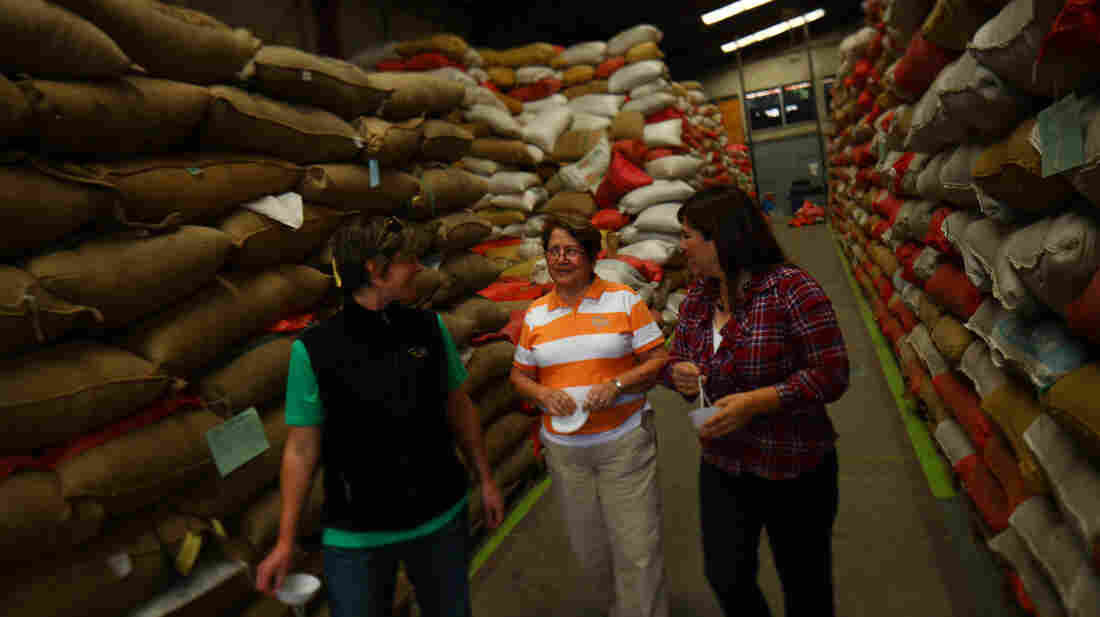 The inspiration for NPR's Coffee Week arrived in an email last summer. I had just reported on the growing Third-Wave Movement in Coffee, and the burgeoning interest in coffee cuppings.

One listener, Margaret Swallow, who'd heard the story on her local station, WVXU in Cincinnati, reached out to me with the story of 30-plus years in coffee — which culminated in the founding of the International Women's Coffee Alliance, a group with chapters from Kenya to Costa Rica. 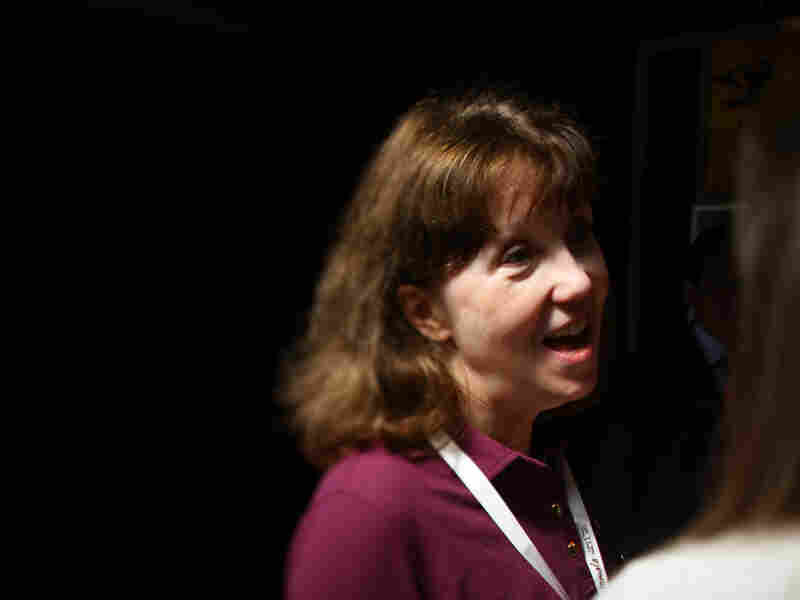 Its mission (as this video helps explain) is to help bolster women in coffee-producing countries — in part, by helping them find ways to start their own businesses and bring more resources back to their communities. Stories like that of these four female coffee growers in Africa, whom we profiled last November, represent the vanguard of change and hope in the industry.

Swallow began her career in 1979. Back then, she was marketing the coffee that lots of us grew up with. Fresh out of Harvard Business School, she was hired by Proctor & Gamble as a brand assistant on Folgers Coffee.

If you listen to my story, you'll hear how she had an aha moment when she traveled to a coffee farm in Africa. The images she encountered of women and children working long hours in poor conditions, amid crushing poverty, stayed with her. She knew she wanted to make a difference.

The IWCA, now in its 10th year, has grown into a powerful networking organization. But there's still a long way to go. As the International Trade Centre has documented, women on family-owned coffee plants in African countries take on about 70 percent of maintenance and harvesting work. Yet they tend to have little or no control over their farms' finances, and they typically do not own land or have easy access to credit.

But change is coming.

Increasingly in Central and South America, women are making progress. On Tuesday, we documented the story of Guatemalan farmer Miguelina Villatoro. In Colombia, 47 percent of the National Federation of Colombian Coffee Growers' members are female. In fact, one-fifth of that country's farms are owned and operated by women, according to the federation.

So what's next? One new initiative underway is the creation of a Women's Harvest brand of coffee. Nancy Moore of the Almana Harvest Fund is collaborating with the Costa Rican chapter of the IWCA. They're hoping to launch a pilot soon.