Accessibility links
Grocery Home Delivery May Be Greener Than Schlepping To The Store : The Salt Getting groceries delivered may be the easiest environmentally friendly thing you've ever done, new research says. Think of it as your food taking mass transit. 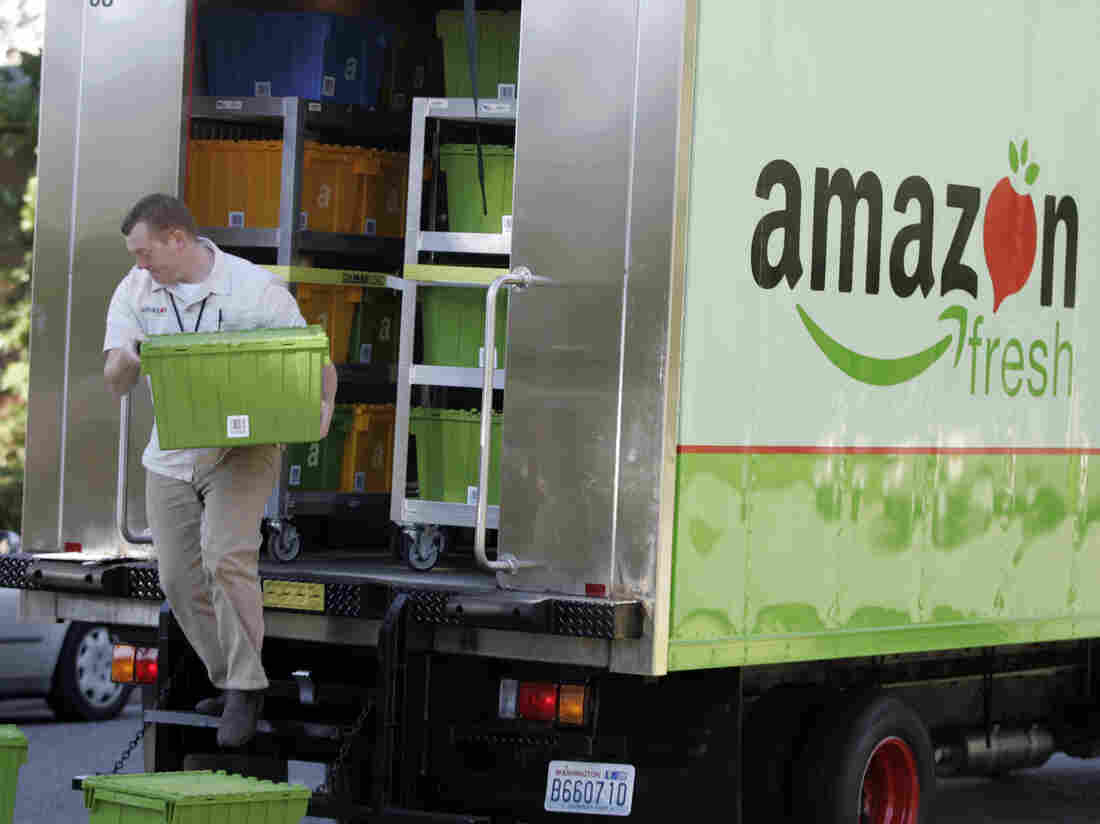 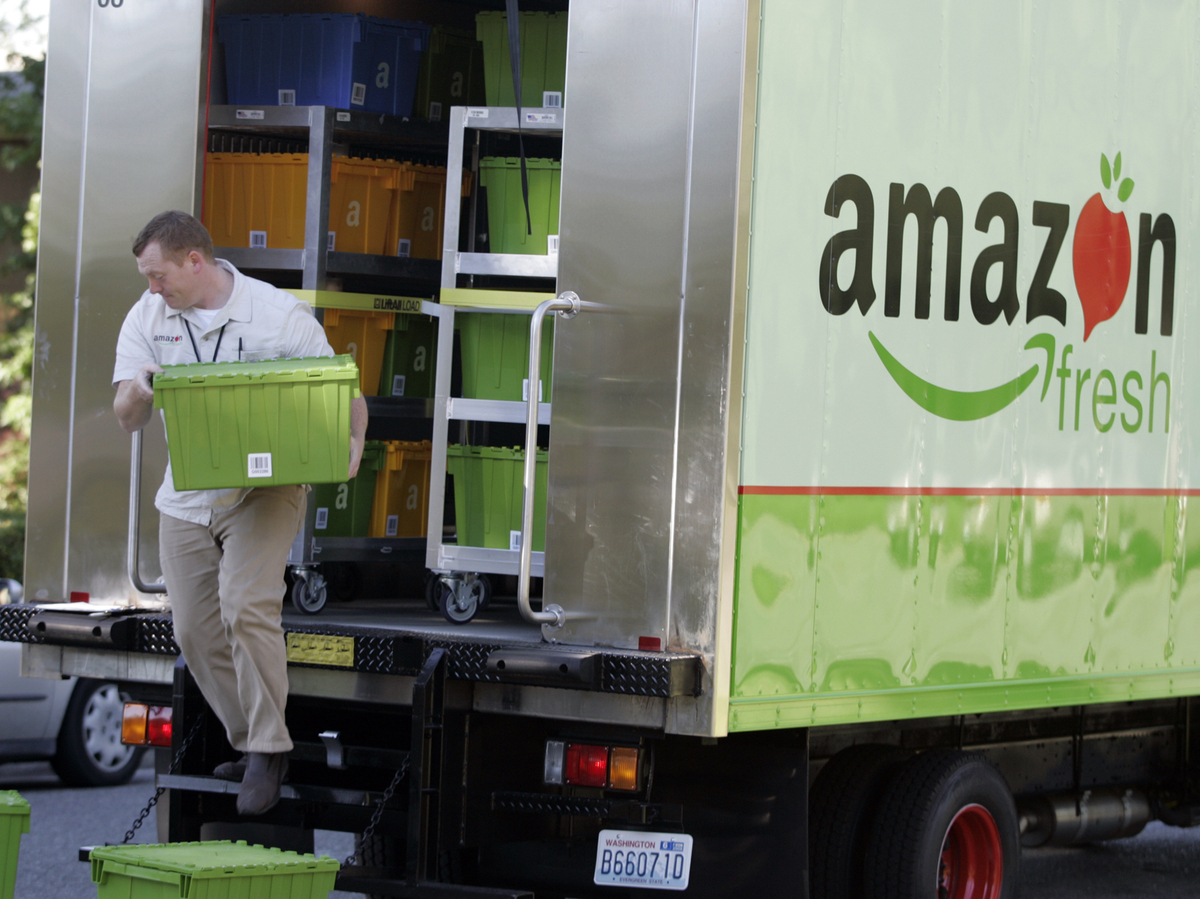 Home grocery delivery sounds like a frill for people too lazy to schlep to the store. But having food delivered can be more environmentally friendly than driving to the store, researchers say.

Having groceries delivered can cut carbon dioxide emissions by at least half, compared to driving to the store, according to a new study. That's because the delivery truck offers the equivalent of a "shared ride" for the food.

"It's like a bus for groceries," says Anne Goodchild, an assistant professor of engineering at the University of Washington and a co-author of the study. "Overwhelmingly, it's more efficient to be sharing a vehicle, even if it's a little larger."

Goodchild studies logistics and freight transportation. She also gets her groceries delivered. "As a working mother, it's another trip I don't have to make while my kids are awake," she says. But, she admits, "I felt sort of lazy and indulgent to be ordering my groceries this way."

By combining her knowledge of freight transport and data on commuter habits, Goodchild and her colleagues were able to calculate just how efficient it is to put the groceries on the "bus," using neighborhoods in Seattle and randomly choosing households as potential customers. Pretty darned efficient, it turns out.

Home food delivery trucks, they found, produce 20 to 75 percent less carbon dioxide than having the same households drive to the store. The variation is based on how close people live to the store, the number of people in the neighborhood getting food delivered and the efficiency of the truck's route.

Putting food on the grocery equivalent of a bus requires a lot less mileage than individual trips to the store. Erica Wygonik/University of Washington hide caption

Combining errands — say, stopping at the store on the way home from work — doesn't cut the sole shopper's carbon footprint much, Goodchild says, because shared transport is so much more efficient.

Grocery delivery is most efficient if the delivery service can cluster people along routes, rather than letting customers pick their delivery time. Clustered routes can produce 90 percent less CO2 than a random route, the researchers found. The study was published in the Journal of the Transportation Research Forum.

Motor vehicles are major producers of carbon dioxide, a greenhouse gas that contributes to climate change.

Up till now, probably the biggest motivator for people using home delivery services has been convenience, even though many companies charge a fee. But people who order groceries often accept less-than-convenient delivery times because they support the mission of community-supported agriculture, Goodchild notes.

Knowing that home delivery reduces greenhouse gas emissions may make it feel virtuous rather than indulgent.