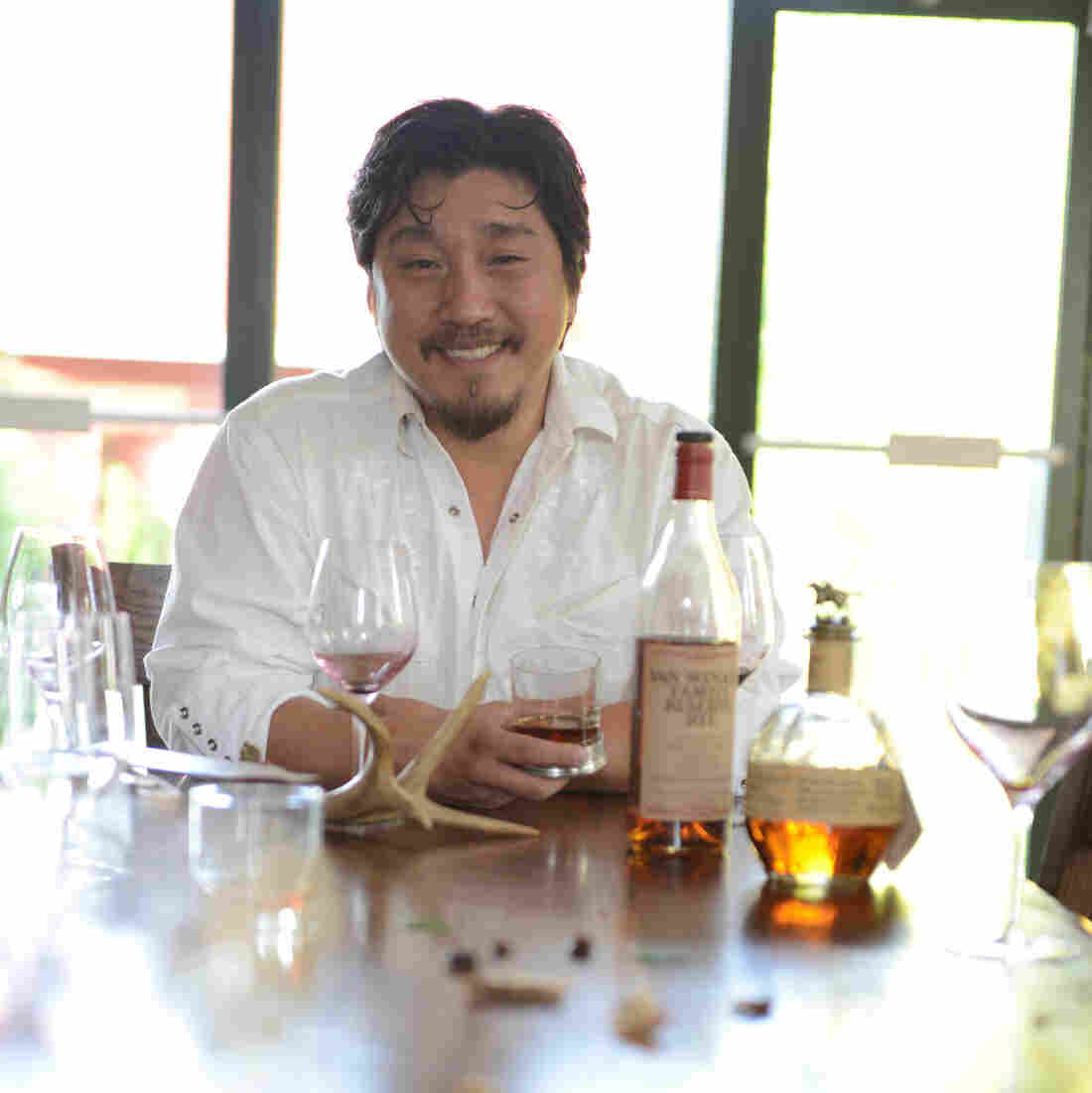 Chef Edward Lee moved to Louisville, Ky., 10 years ago to take over a restaurant called 610 Magnolia. There, he mixes the sweet of Southern food with the salt and umami of Asian cuisine. Dan Dry/Artisan Books hide caption

Korean and Southern food may not seem like a natural pair. But now it's one more example of traditions emulsifying in the great American melting pot. Korean-American chef Edward Lee makes that case with his new cookbook Smoke and Pickles: Recipes and Stories From a New Southern Kitchen.

Fusion cooking comes naturally to Lee: He grew up in an immigrant neighborhood of Brooklyn surrounded by Jamaicans, Indians, Iranians and Jews.

"When they immigrated to America, my parents deliberately decided they weren't going to live in the big Korean enclaves," Lee tells Morning Edition host David Greene. "They wanted to spread out and be amongst other people. That education in cuisine, ranging from so many different immigrant groups probably left more of a lasting impression on me in cuisine than anything else.

But Korean food was a way Lee connected with his grandmother. She rarely spoke of Korea because she didn't have very happy memories, he says, but "food was the one thing that was kind of sacred and pure and hadn't been torn apart." 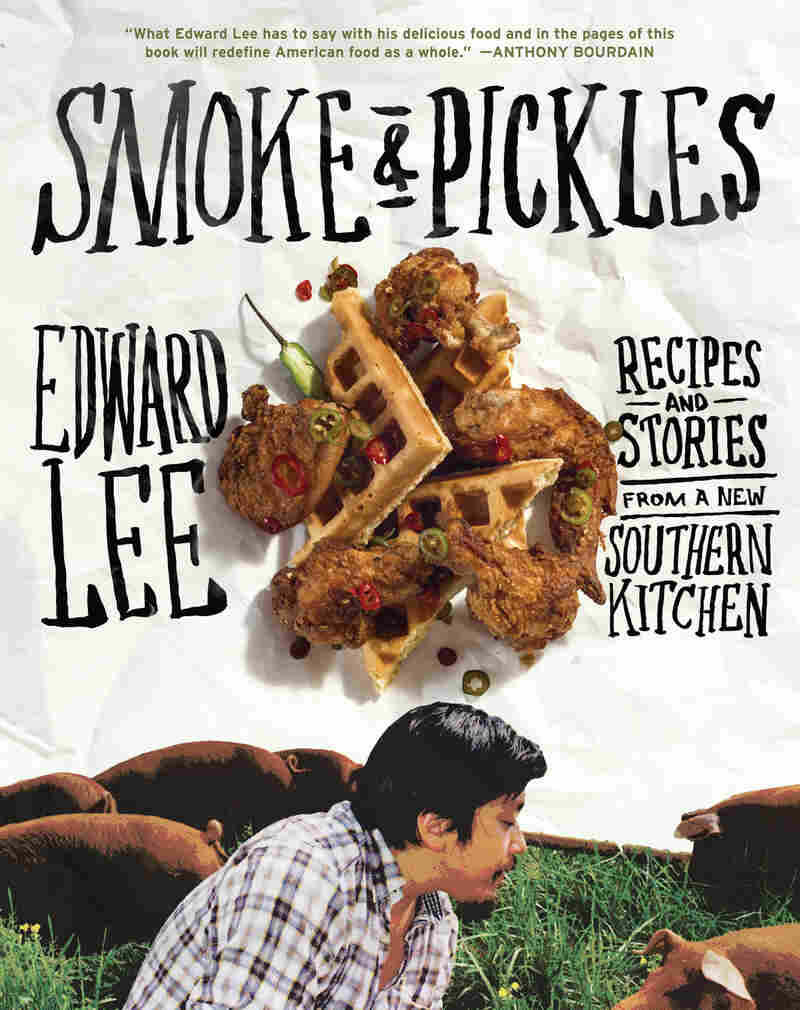 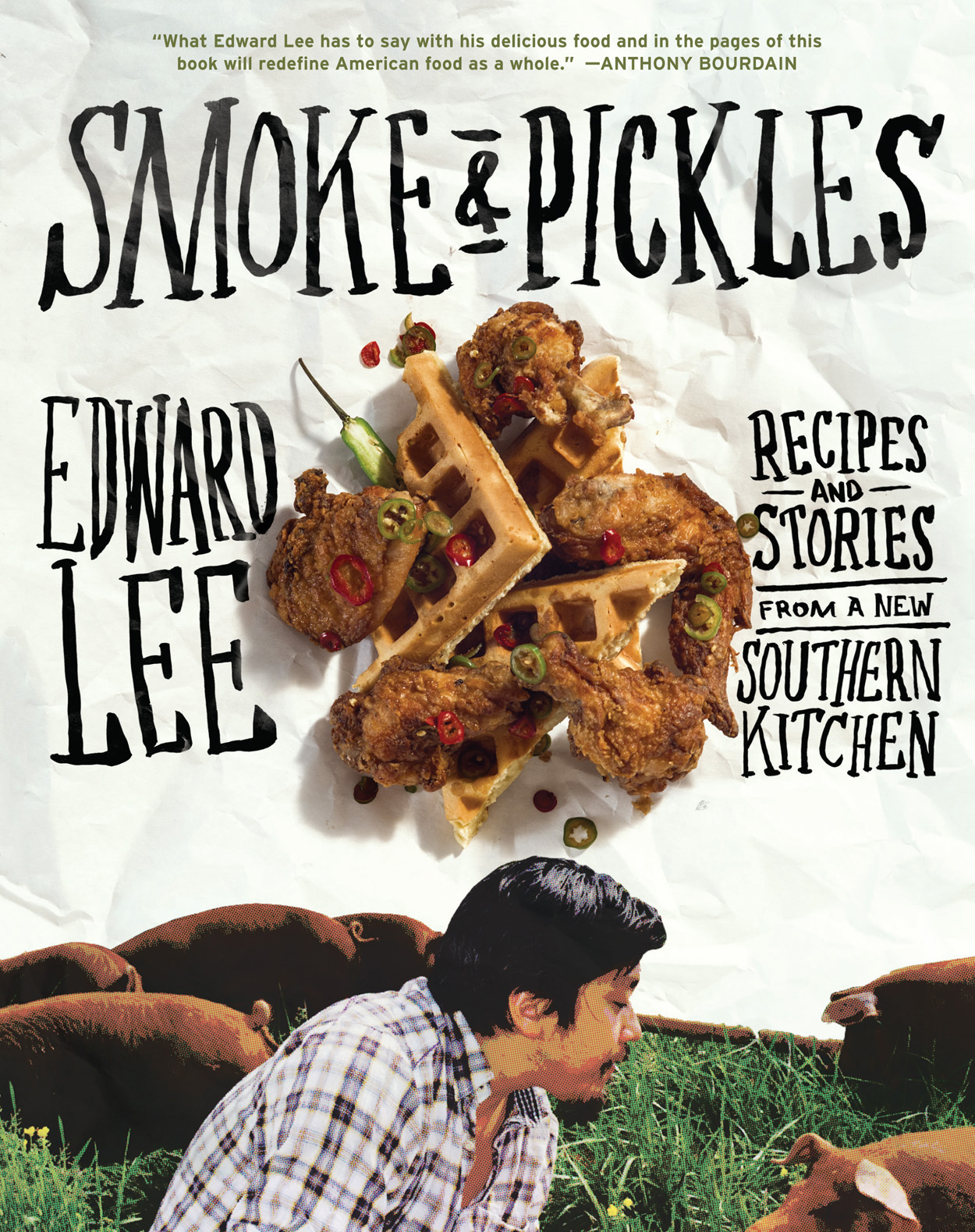 As a kid, Lee says he would hang out with her in the kitchen, and at first, she ignored him. "I would, little by little, start helping her with things," he says. "She got very annoyed by that at first. She's like, 'You're a man. You're not supposed to be here learning how to make kimchi — that's women's work.' "

Over the years, he says, they developed a strong bond that relied on few words.

Korean food was also how Lee established himself as a chef. In 1998 he opened a restaurant in Manhattan called Clay, which attracted a clientele that included plenty of celebrities. But the excitement wore off quickly.

"Everything seemed right on paper: Korean kid opens Korean restaurant," he says. "But it just didn't feel right to me, and I wasn't incredibly proud of the food. I felt like it was just an extension of what I thought people wanted me to cook."

He started to re-evaluate things and decided to travel around the country. The farthest his family had traveled in his childhood was New Jersey. "That was huge for us," he says. "Although I grew up in America and I was influenced by all of the things that other Americans are, I had no idea what America was. It was this vast unknown beyond New Jersey."

So in 2001 Lee went to places like Wisconsin and Washington, D.C., for the first time. And it was in Louisville at the Kentucky Derby that he fell in love with the South.

Within a year he had moved there to take over a restaurant called 610 Magnolia and the fusion instinct kicked in. He started mixing Korean spice with Southern comfort food.

Grits, for example, reminded Lee of congee, a rice porridge Koreans usually eat with soy sauce and seafood. So Lee came up with a recipe for lamb braised in soy sauce and served over grits, transforming the sweet taste of the corn into something new.

Or take fried chicken. Koreans actually have a long tradition of frying chicken, Lee says. They just have a slightly different method of preparing the chicken for frying. "The results are almost similar, but it's just different pathways to the same place," he says. "And I find that a lot in Asian cuisine and Southern cuisine."