Accessibility links
Big Ag Agrees to Conserve Cropland, But At What Cost? : The Salt Farmers say they are ready to compromise with some environmental groups on the issue of conservation compliance. But critics say the price tag for the taxpayer may be too high.

Big Ag Agrees to Conserve Cropland, But At What Cost?

Big Ag Agrees to Conserve Cropland, But At What Cost? 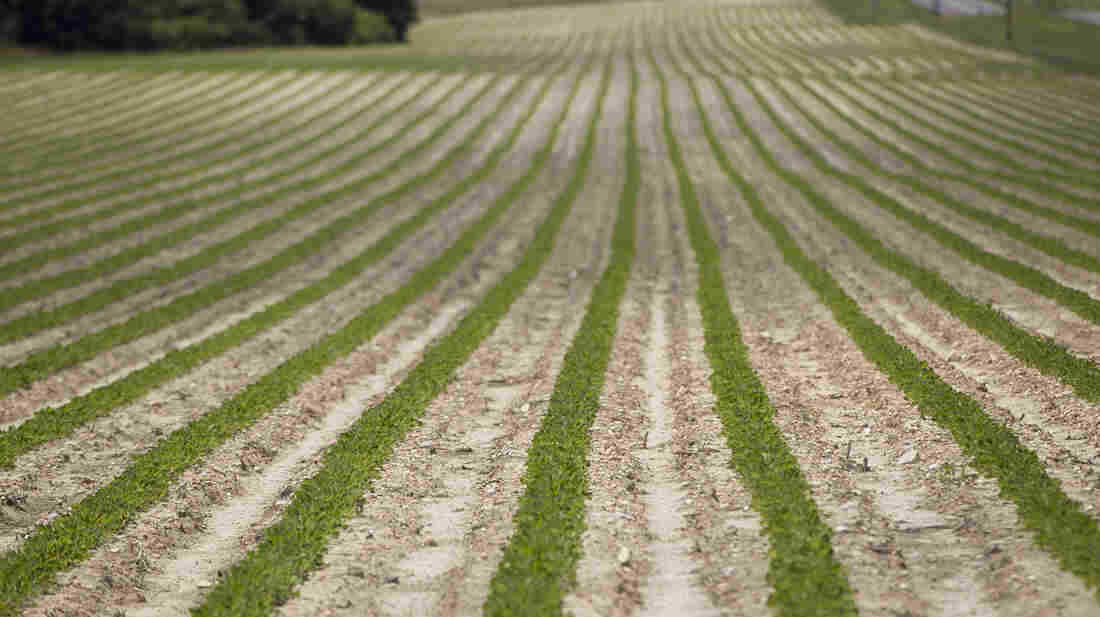 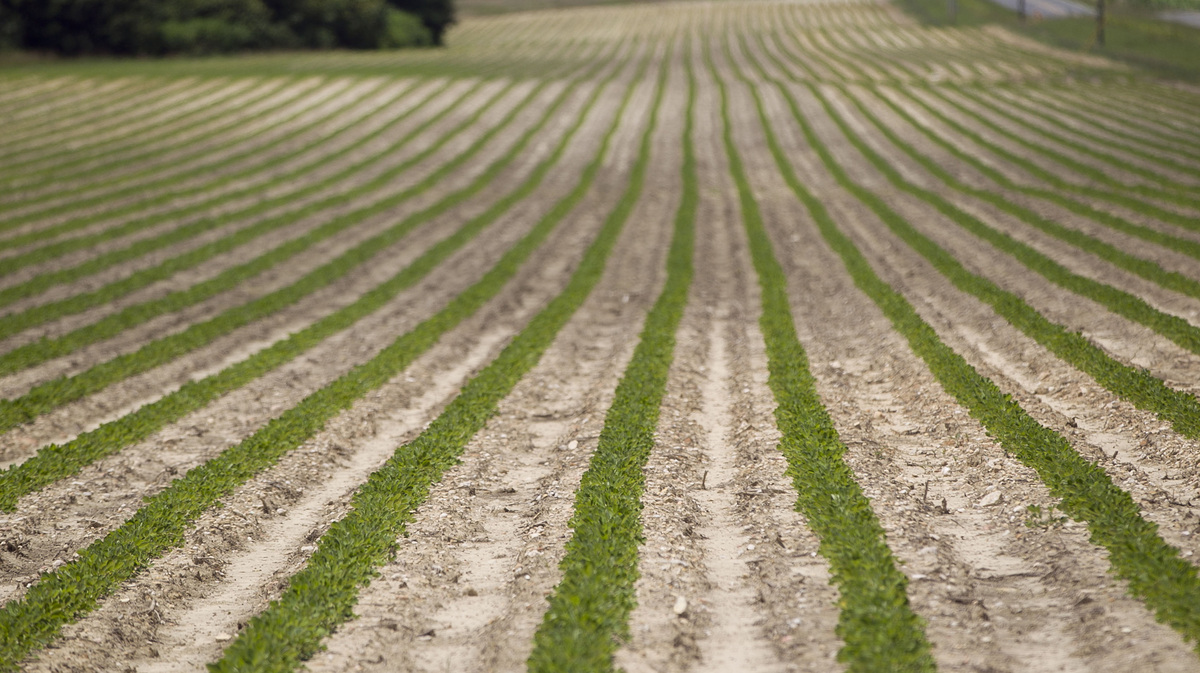 Peanut plants grow on a Halifax, N.C., farm that received federal subsidies in 2011.

Taxpayers help subsidize crop insurance premiums for farmers to the tune of about $9 billion dollars, a figure that's growing each year. These policies protect farmers from major losses, and help support their income even if there's no loss of crops.

And in return? Well, environmentalists argue that farmers who receive this financial support should be required to be good stewards of the land.

In fact, for years, conservation groups have fought to attach some strings to these subsidies to require farmers to take steps aimed at protecting soil and wetlands.

But farmers have resisted, until now. As lawmakers on Capitol Hill begin drafting a new $500 billion farm bill next week, the American Farm Bureau Federation has signaled that farmers are ready to compromise on the issue of conservation compliance.

A position paper from the AFBF outlines a new strategy that proposes linking conservation requirements to crop insurance subsidies (as it used to be from 1985 through 1996).

"It is no secret that much of agriculture fought the compliance amendment during last year's [2012] Senate debate on the farm bill," writes Bob Stallman, president of the AFBF, in a release announcing the compromise.

So why the sudden reversal? Well, a coalition of environmental and conservation groups has made a deal with Big Ag. They've agreed to oppose cuts to the subsidy program (ensuring farmers continue to benefit at the same levels from the crop insurance premium subsides). And in return, farmers will agree to the conservation compliance.

In a letter sent to lawmakers this week, signed by dozens of organizations party to the deal, the coalition presented its position as a "good compromise."

Stallman, a Texas rice farmer and cattle rancher, calls the compromise a "win-win." And he says that it should help move the farm bill forward this year.

"This is a balanced agreement that provides fairness and a measure of certainty to farmers regarding the availability of risk management tools while at the same time helping to conserve natural resources," writes Stallman.

Environmental groups that signed onto the compromise are sounding the same note.

"Environmental Defense Fund supports the compromise because it is a common-sense approach to protecting the environment and meeting the needs of agricultural producers," Sara Brodnax, a policy specialist at EDF, tells The Salt. And she adds that the compromise would help "ensure protection of our natural resources — soil health, wildlife habitat and water quality."

Groups including Audubon, American Farmland Trust, and National Wildlife Federation are also party to the compromise.

But not everyone is on board. The Environmental Working Group opposes the compromise position. "We think the need to reform crop insurance is urgent," says Craig Cox of EWG.

He argues there should be reasonable limits placed on how much financial support a farmer can receive. And other critics agree, given the escalating costs of the subsidy program from $3 billion in 2003 to $9 billion in 2011.

Nestle notes that the Government Accounting Office released a report last year, which stated "if a limit of $40,000 had been applied to individual farmers' crop insurance premium subsidies, as it is for other farm programs, the federal government would have saved up to $1 billion in crop insurance program costs in 2011."

The report explains that most farmers — more than 95 percent — who receive crop insurance premiums come in under the $40,000 limit. So it's a tiny percentage (about 3.9 percent) who receive about one-third of premium subsidies.

Still, proponents of tougher conservation compliance say the compromise may be the best way to make progress on protecting wetlands from being converted to cropland, and protecting soil and land that's at high risk of erosion.