Accessibility links
Michigan Apple Orchards Blossom After A Devastating Year : The Salt The apple trees are heading for full blossom in Michigan after a disastrous 2012 crop, when only 15 percent of the apples survived. But this year's harvest is expected to rebound. 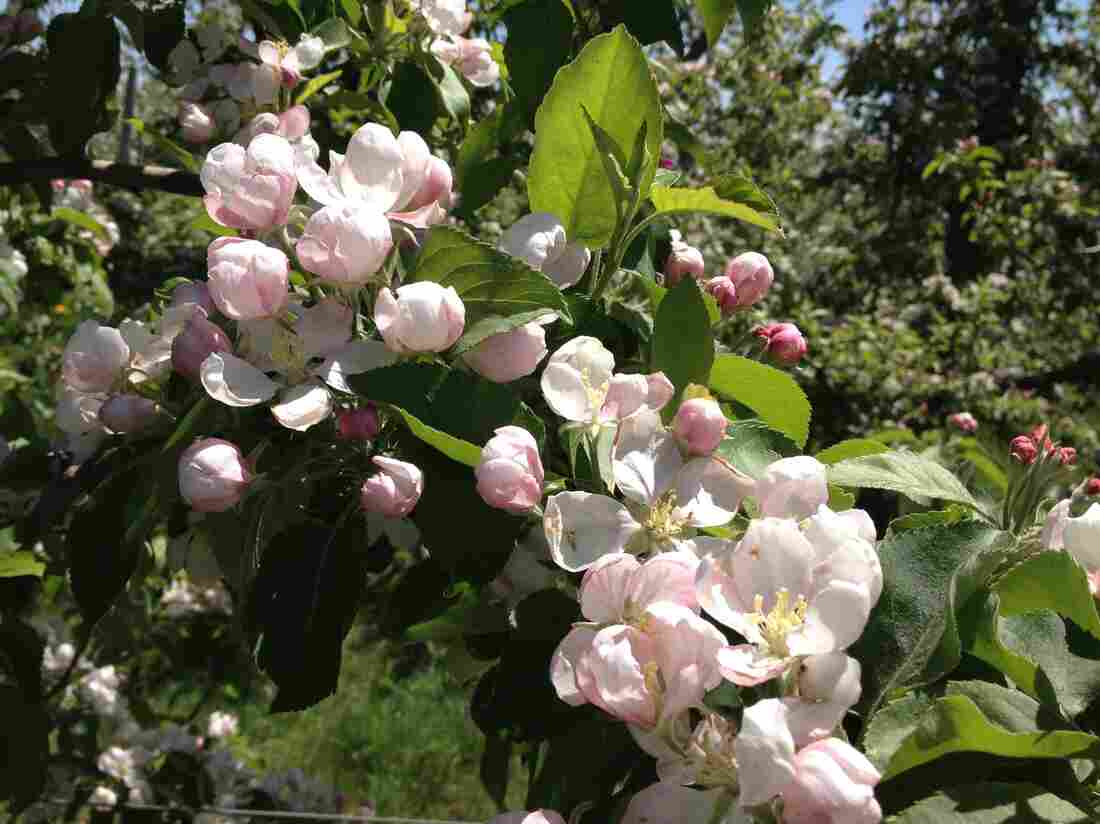 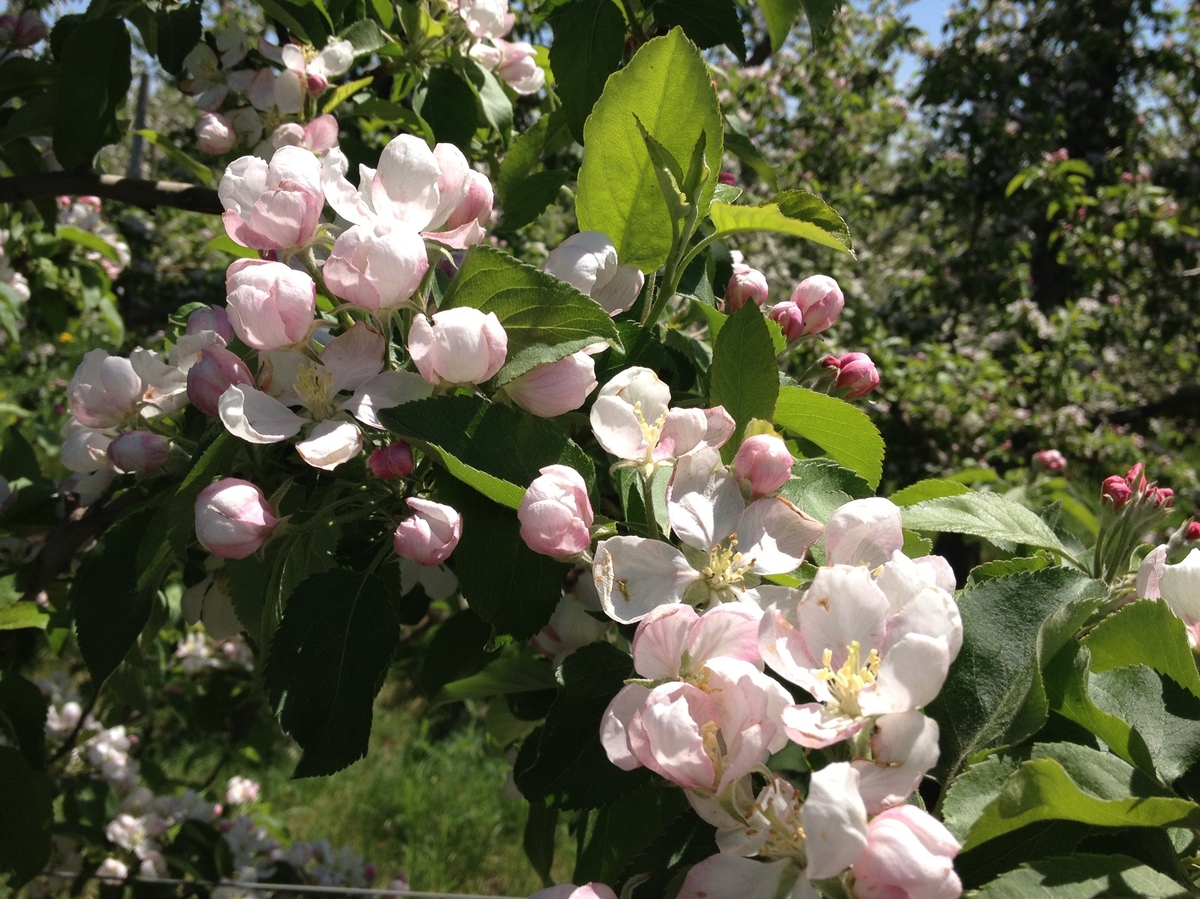 Last year, almost the entire Michigan apple crop was lost because of 80-degree days in March and then some freezing April nights. This year, the apples are back, but everything always depends on the weather. The state was under a freeze warning Sunday night — a scary prospect if you're an apple grower and your trees have just come into bloom.

Tim Boles and his agribusiness colleague Case DeYoung were driving to work one morning in late April 2012 after a killing frost had hit the apple orchards in The Ridge, a region of ridges and rolling valleys in the west-central part of the state close to Lake Michigan. They stopped at a high point and knew things were bad when they saw the helicopters hovering, hoping to push down a warmer layer of air.

"Some of the farmers from the area had gone down south and brought back smudge pots to generate some warm air and smoke to try and help warm the trees," Boles says. "So you had the sound of the helicopters — thump, thump, thump — and the smoke and the rising sun, and Case and I both remarked that it was like Apocalypse Now."

Suanne Shoemaker and her family's farm on Six Mile Road could only harvest 1 percent of their 30 acres of apples in 2012. But this year, "It looks great," Shoemaker says. "We're all excited, all the growers are. Everybody's happy around here this year."

Every Wednesday morning during apple season, growers show up at a local restaurant at 7 a.m. for a free breakfast (paid for by one of the farm chemical companies) and a briefing from Amy Irish-Brown, an extension educator from Michigan State University. She talks about spores, beetles, aphids and especially the weather.

"It's surprising how dry it is, and that's partly because we haven't had any rain but also because relative humidity has been extremely low. That's what's drying things out fairly quickly," she says. She wants the growers to keep this in mind as they're planting new trees. And she leaves them with a caution about the freeze coming on the night of Mother's Day.

As it turned out, there was frost on The Ridge — just at full bloom time. But, in an email, Irish-Brown says, "We should be OK. Perhaps a little damage but still have the potential for a full apple crop."